Pizza day again! Today we're celebrating Vermont and the delicious cheddar they produce. They're home to the Cabot cheese factory!
And so today, I'm making a pizza that focuses on the cheddar. To keep it simple, and by special request from Rita, this week's pizza is going to be a thin crust pizza! The kids were happy to hear that since it's their favorite style crust. 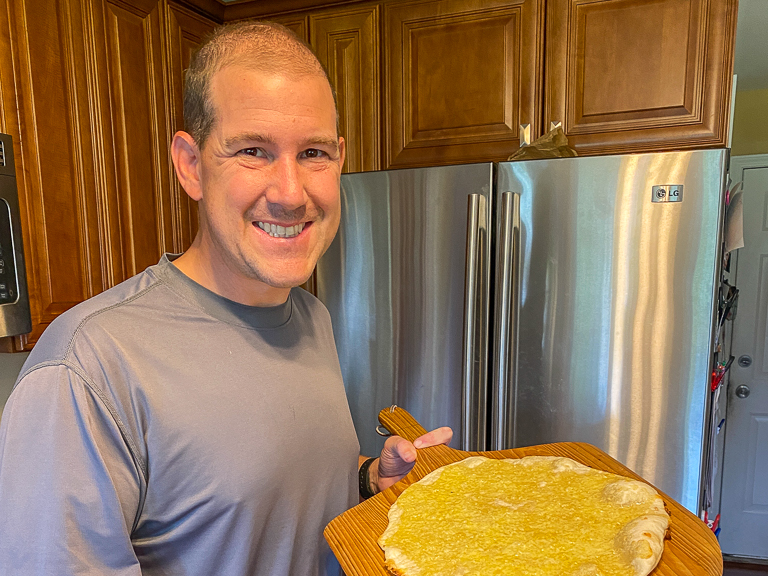 The thin crust pizza dough comes together very quickly, needing no time to rise. There's no yeast in here; just baking powder to give it a little bit of lift in the oven. I make a sextuple recipe of the dough, hoping it would be enough to feed this whole crowd. 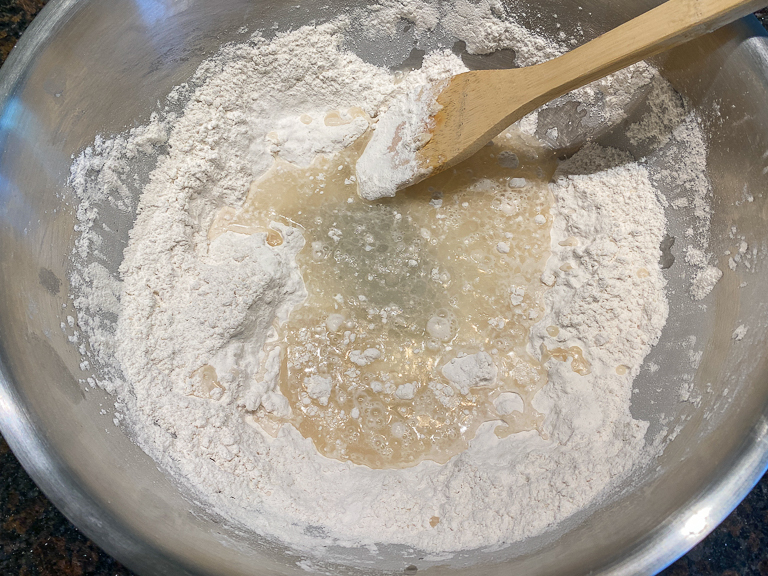 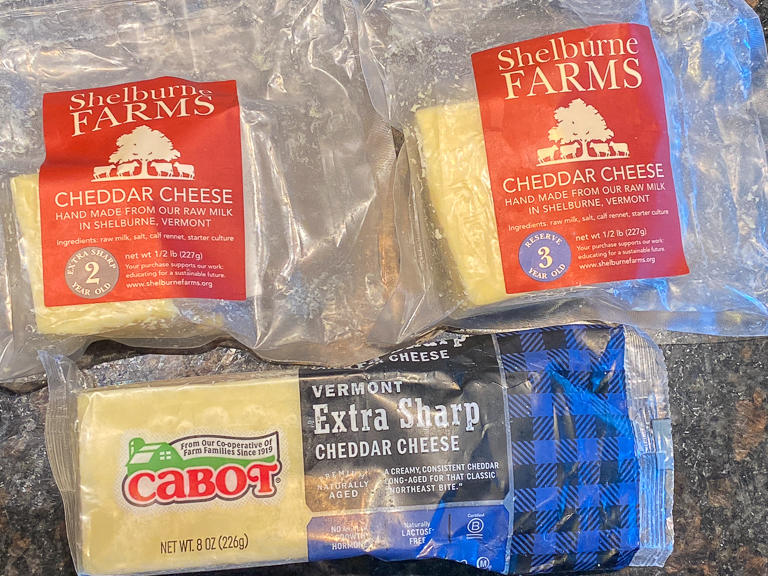 While I got the dough together, Theresa grated a bit of each of the three different cheeses. 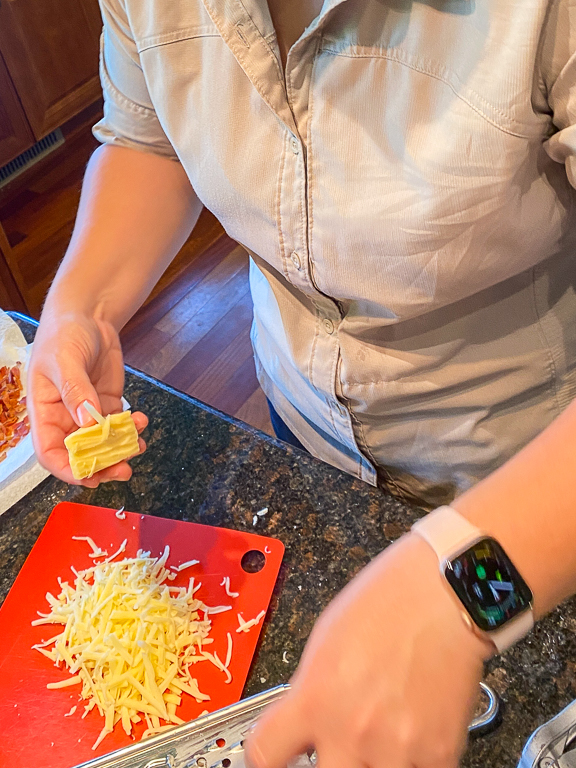 Along with the cheeses, I crushed up a few garlic cloves. 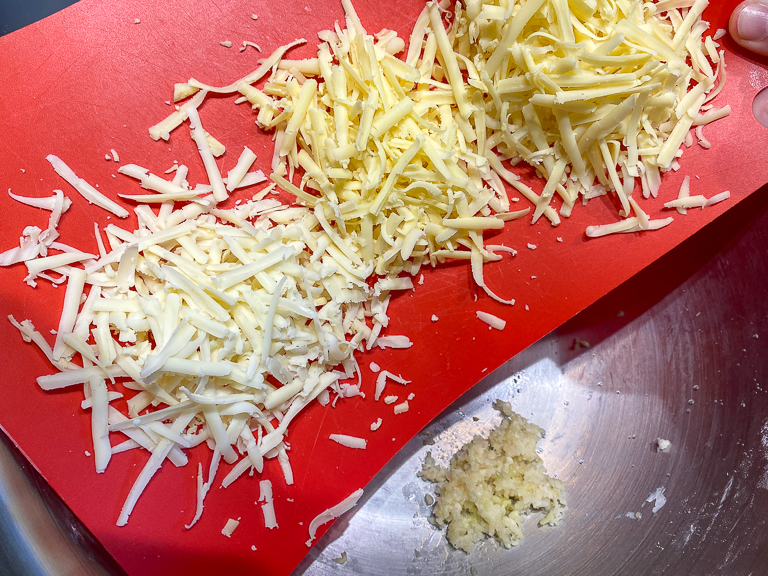 Cheese and garlic. That's it. No red sauce. No other toppings. Just something simple so the cheese is what stands out and not much else. 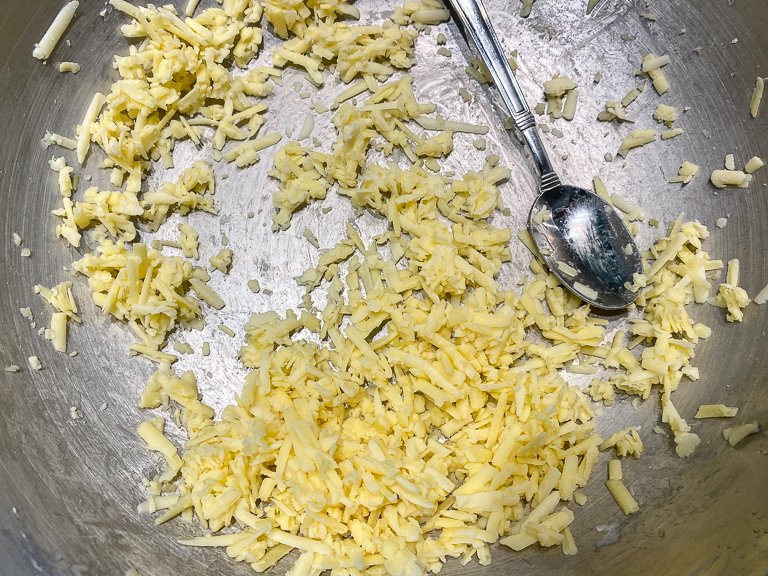 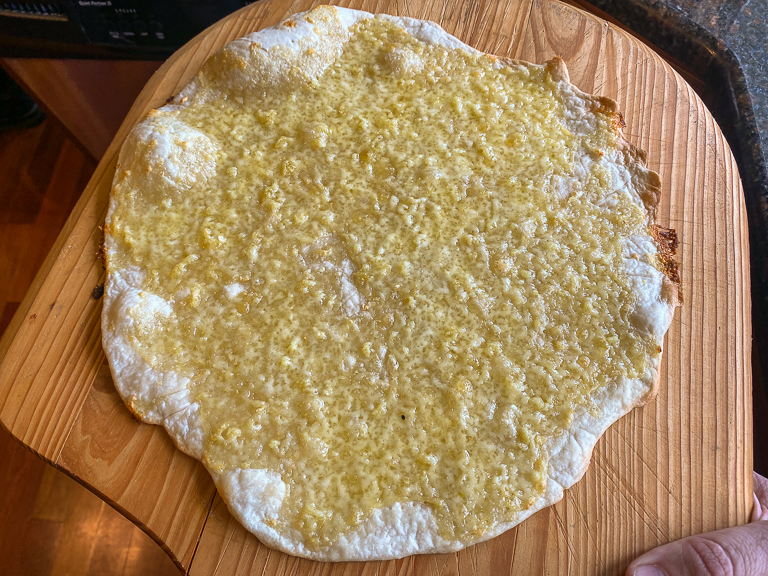 Who is ready for some Vermont Cheddar pizza? 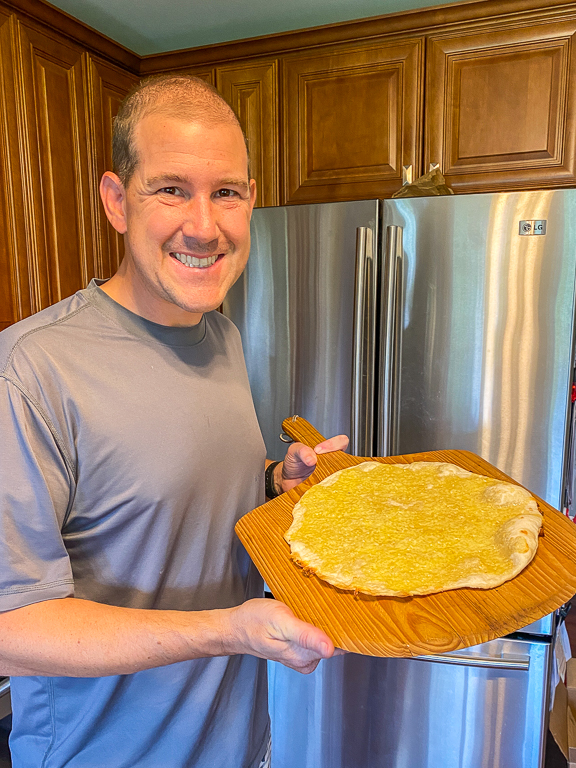 It was very much like a cheese bread, and I'm glad I didn't have it on a thick dough. The cracker-like crust was a great accompaniment to the cheddar and garlic flavors. 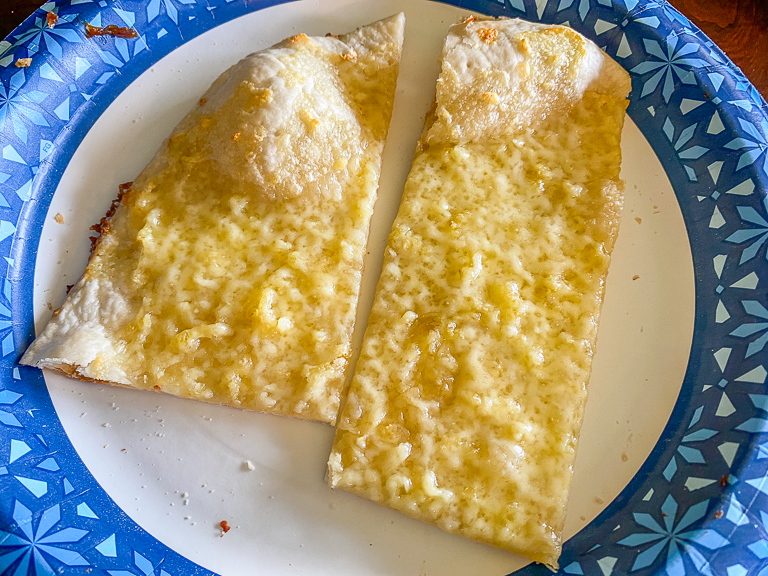 Donald - Joe, that is really good! 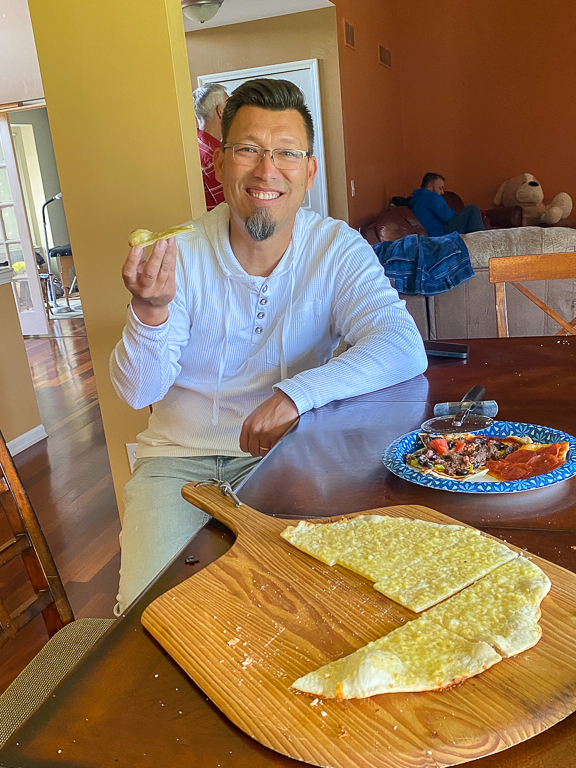 Because thin crust pizza isn't all that filling, everyone gets their own personal pizzas to add toppings to as they want. 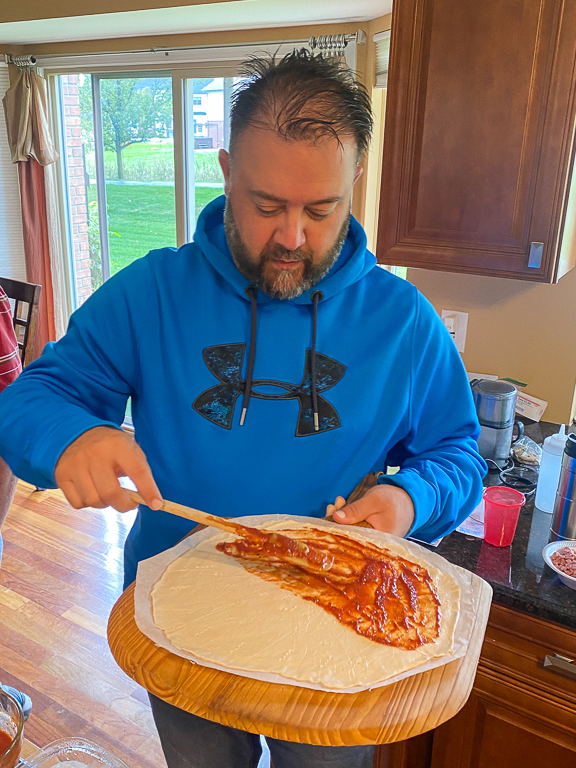 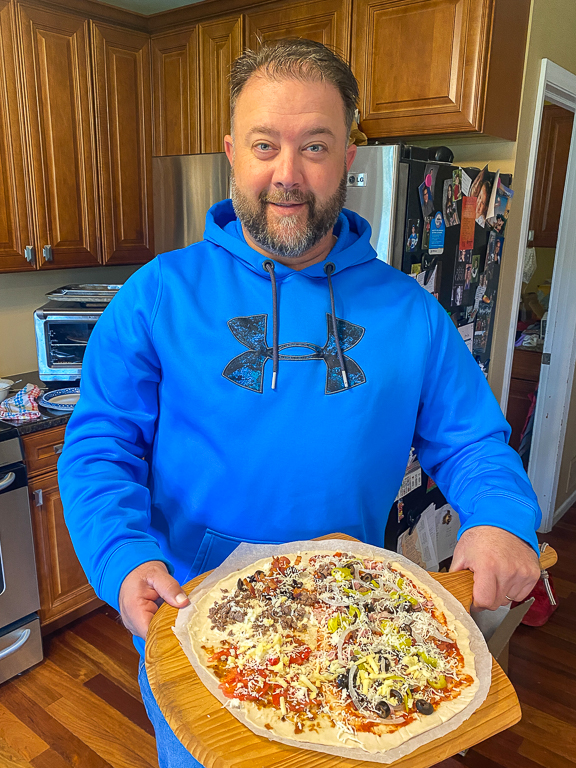 There's 3 or 4 different "zones" and he topped part of it with a balsamic glaze. 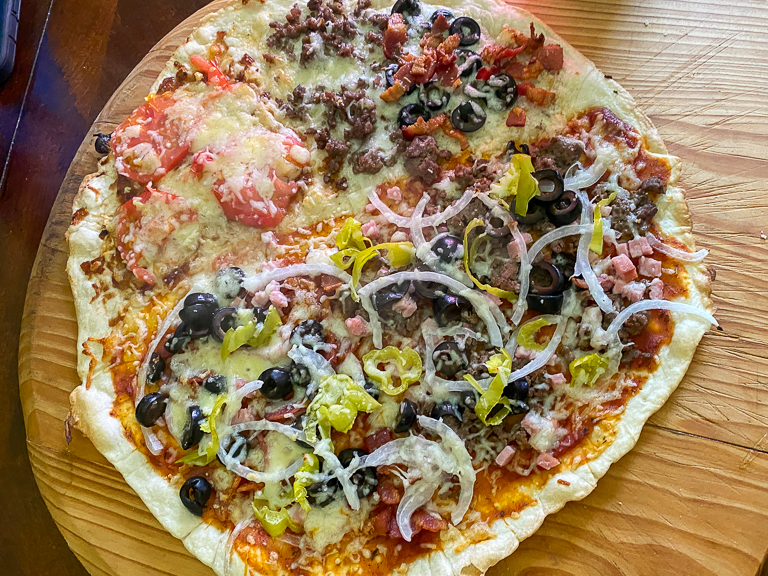 Ian was very excited when I told him I was going to make him a thin-crust pepperoni. It's his favorite out of all the different pizzas I make for him. 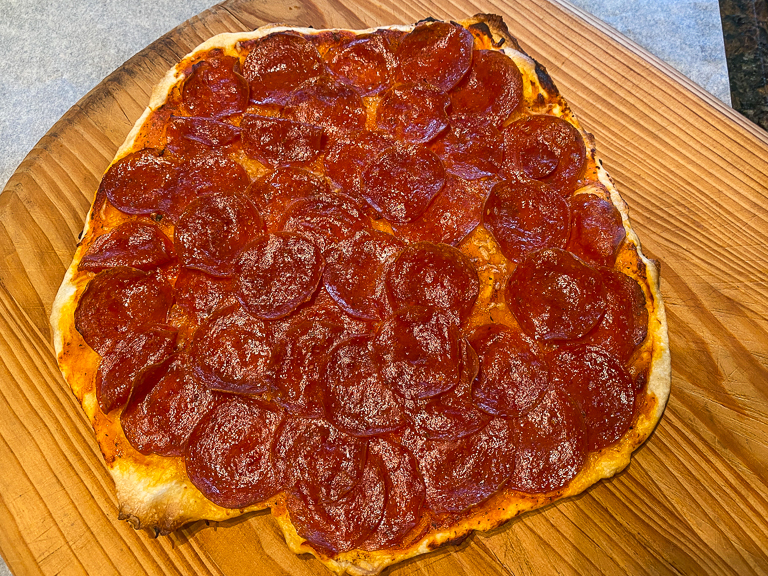 Aubrey made an alfredo, mozzarella, caramelized onion, and bacon pizza that looked quite tasty. 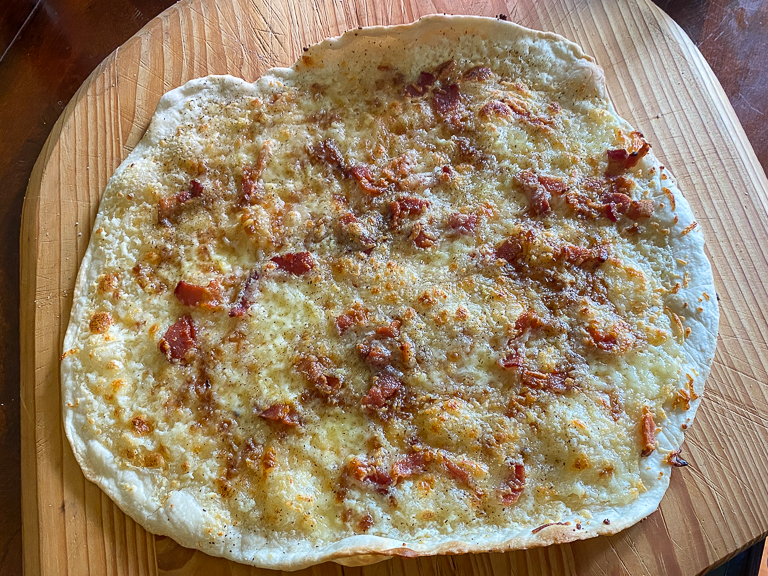 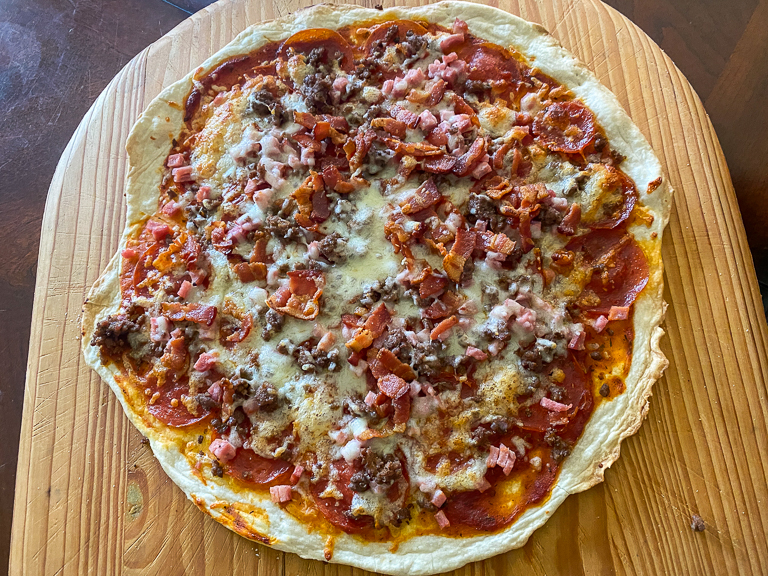 Don and Amy split a supreme pizza that they called a Eugene Supreme because it was made with pepperoncinis instead of bell peppers. 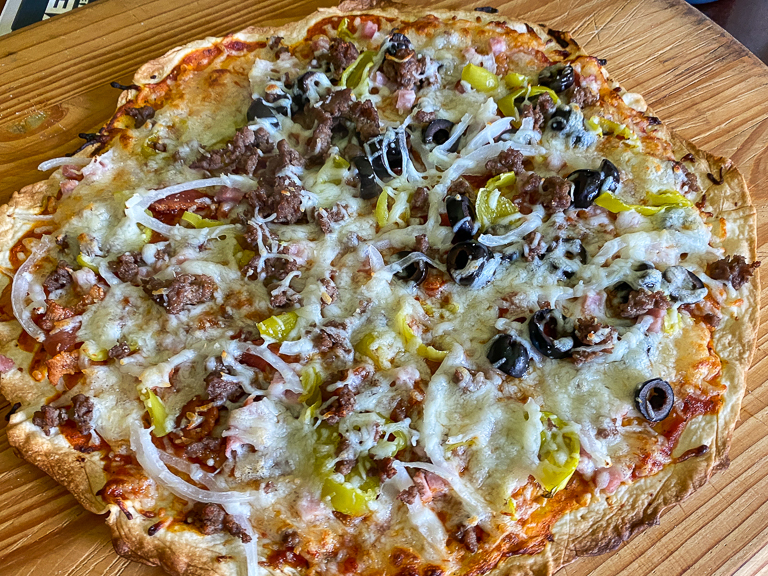 The sisters are splitting an alfredo pizza with ham, olive, and caramelized onion. They like similar toppings and flavors. 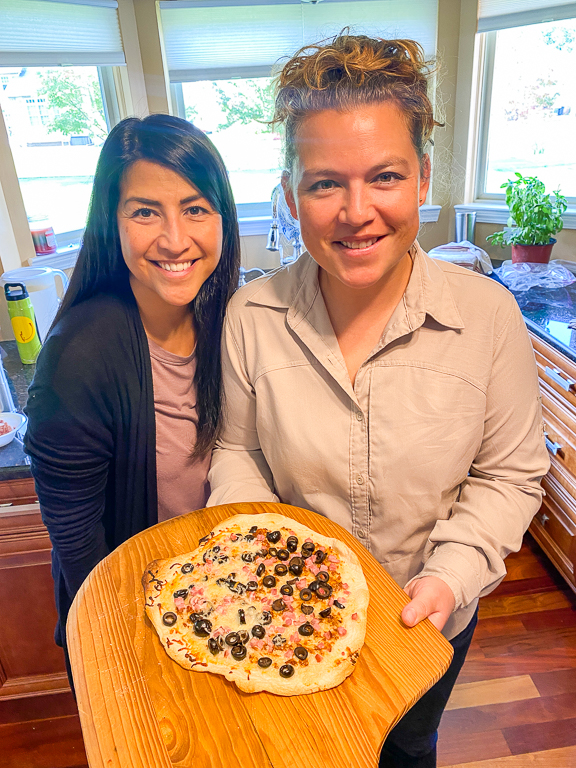 Oh Alli. Even with your no cheese pizza you're still avoiding the crusts, despite the fact that it's all a crackery crust.
Everyone enjoys pizza Sundays! The Vermont Cheddar pizza was yummy! 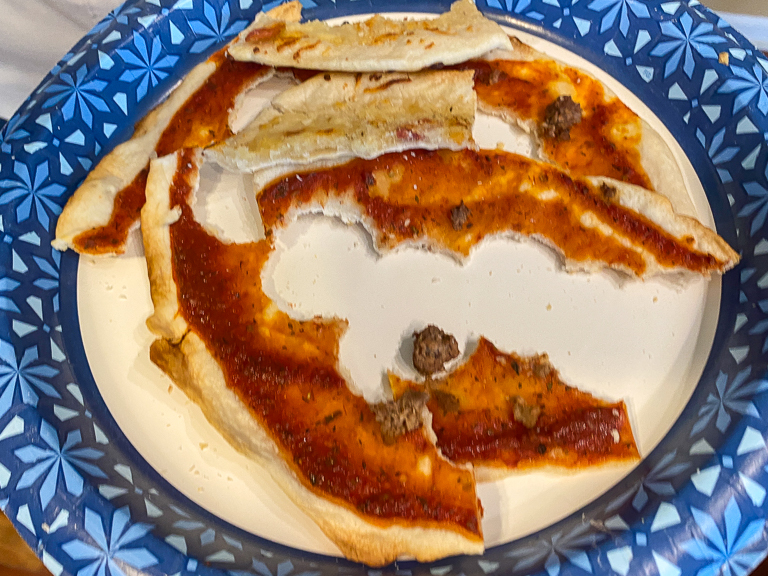