A few months ago when we visited the Utz Chip Factory in Pennsylvania, I discovered they have Carolina Style Barbeque flavored potato chips at their Outlet Store and I just had to buy a bag. Spending some time growing up in North Carolina, that vinegar based BBQ was something my family would go out to dinner and have, and even when we moved away, my father still made it at home.

That's why I save this bag of chips so that when we finally visited home, we could all try these Carolina BBQ chips together! 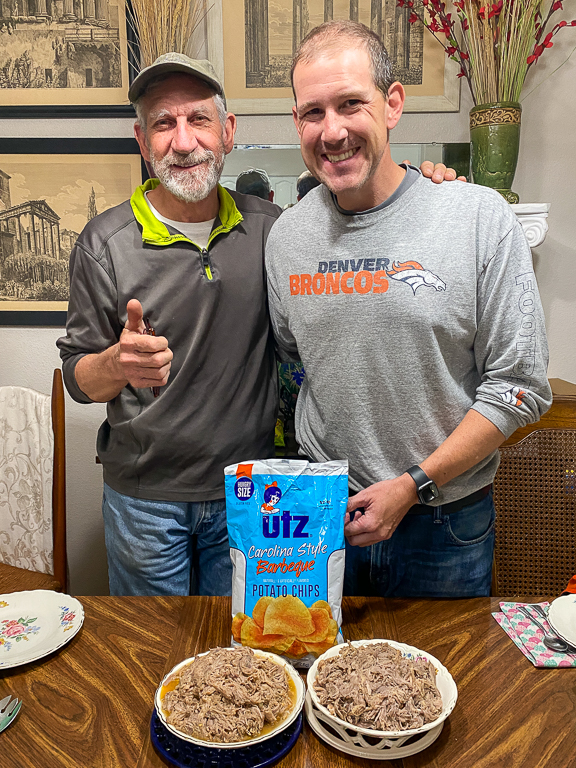 The back of the bag promised flavors like vinegar, mustard, and hot peppers. 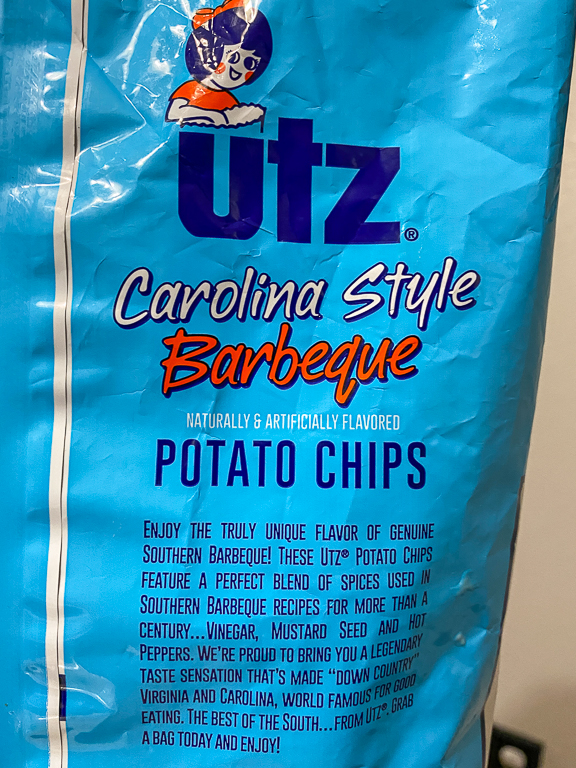 And if we're going to try these chips, we've got to have something to compare it to, right? A slow-cooked, fall off the bone tender shredded pork will be fantastic. The night before, I tossed a pork butt, salt, pepper, MSG, and vinegar into a slow cooker, set it on low, and went to bed. Waking up the next morning, the whole house smells amazing. 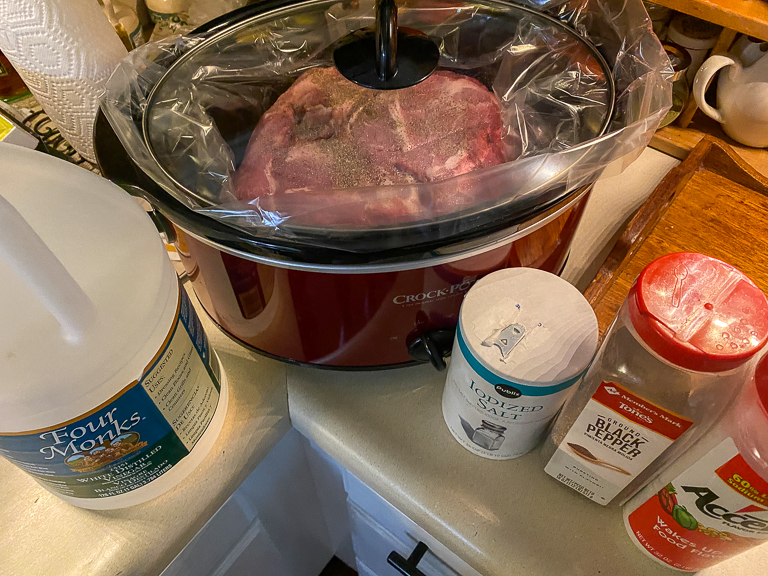 After 14 hours in the slow-cooker, I pulled it out and separated the pork from the juices. I'll be making sauces out of the juice. I poured the liquid through a strainer to separate the bits and was left with the original vinegar and all the drippings that came off the pork.
For those who don't want and heat, I mixed 2 cups of the liquid with a few tablespoons of brown sugar.
For myself and other who like things spicy, I took 2 cups of liquid, added the brown sugar, cayenne, red pepper flakes, and some hot sauce. That'll wake you up! 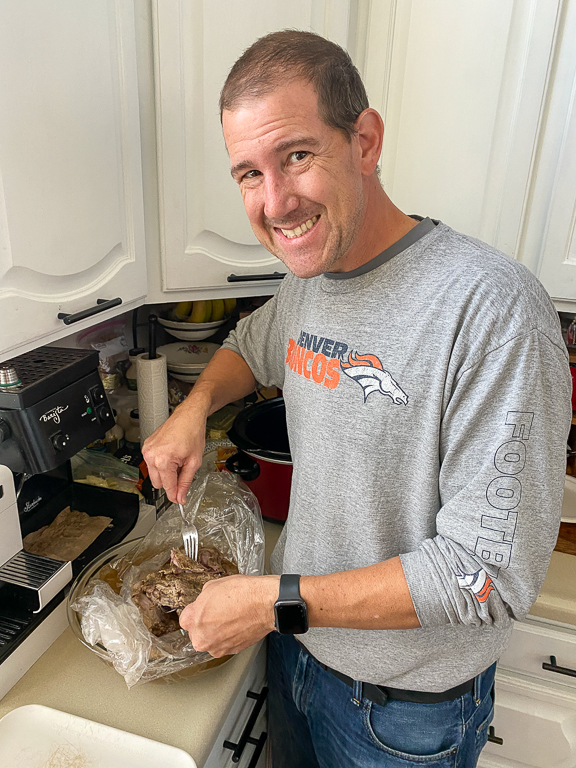 Theresa is very diligent at separating the fat from the meat. But this did just come out of a cooker, so it's still super hot. Her fingers were steaming while she was putting everything apart. 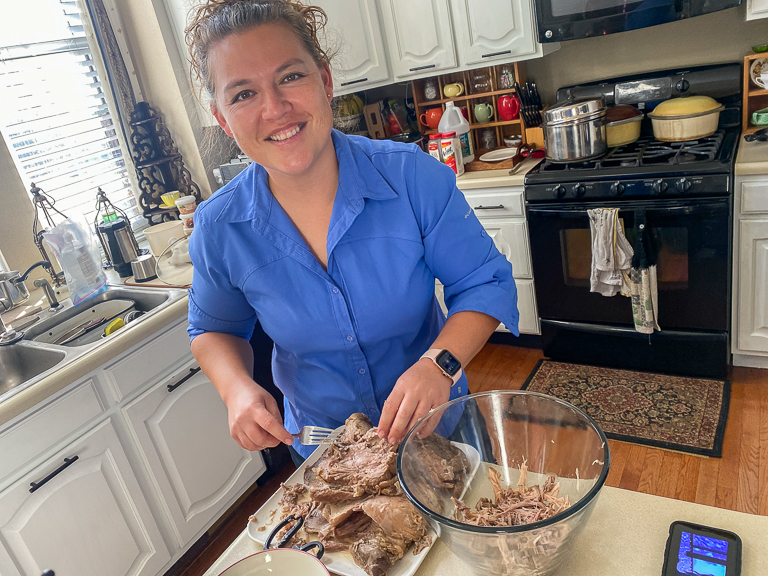 Once separated, the meat will soak in the spicy and mild liquids I made above. And for some reason, people couldn't just leave them alone. Pieces of meat kept getting picked out of the bowls while we waited for the rest of the meal to come together.
I made corn bread muffins and my mom made her delicious potato salad. It goes perfect with southern BBQ.
The Carolina BBQ meat was delicious! Dad said "I want to eat more, but I don't think I can." And there's leftovers which are always tasty! 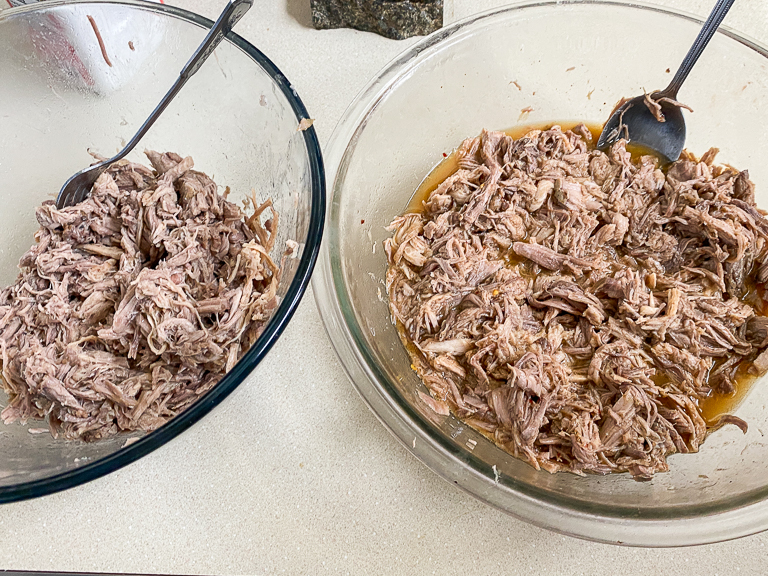 But what about the chips? Do they taste like what we're expecting?
Well, not exactly. It's definitely a vinegar chip. No denying that. But instead of the southern bbq flavor, we're getting the regular bbq chip flavor. So, like a sour bbq chip. Some liked it. Others thought the flavors were a bit too much. 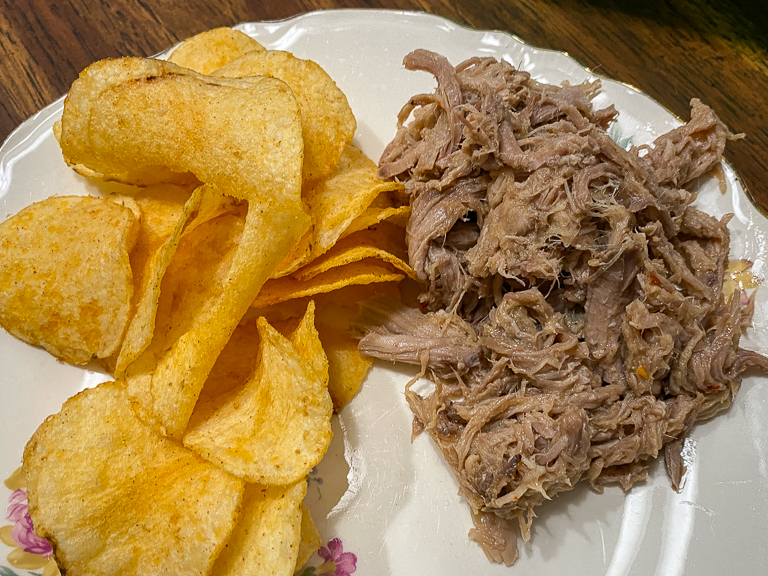 But you know who loved them? All the kids. They cleared their plates so they could eat a few more of the tasty potato chips. 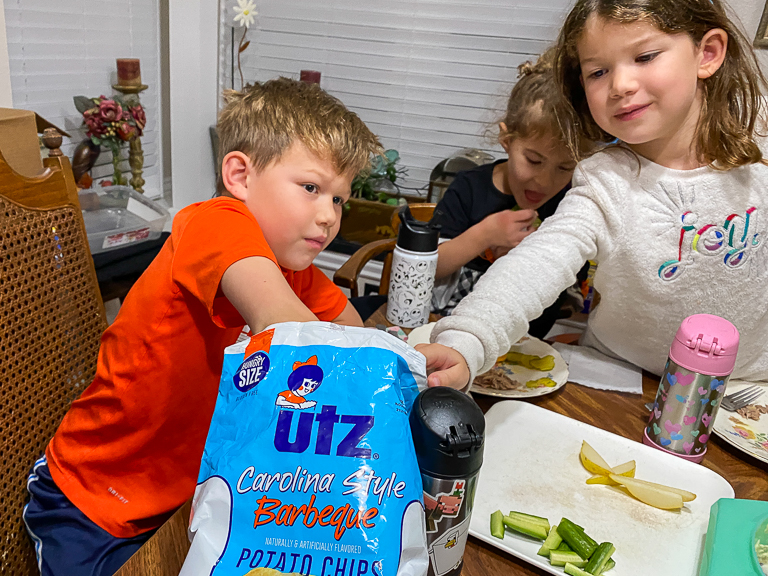