It's Alli's Birthday and we're in Michigan hanging out with family! 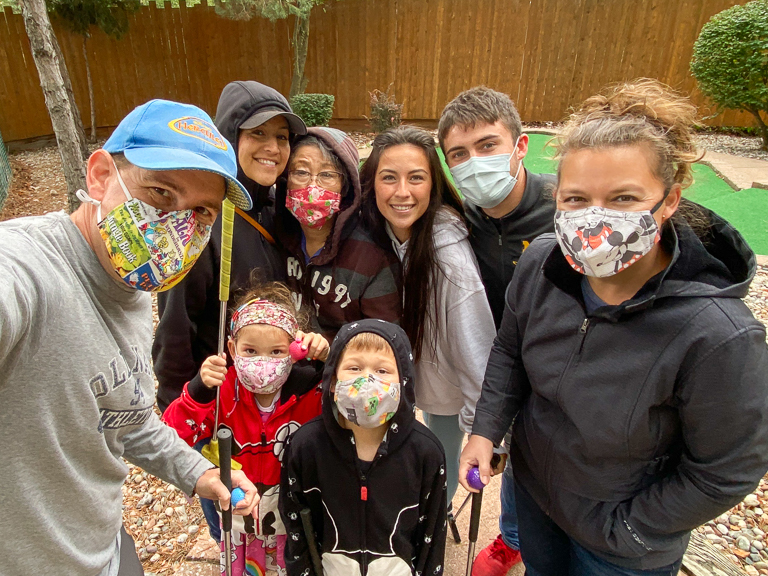 To start her morning, Aubrey took her to the nail salon and they both got their nails done. 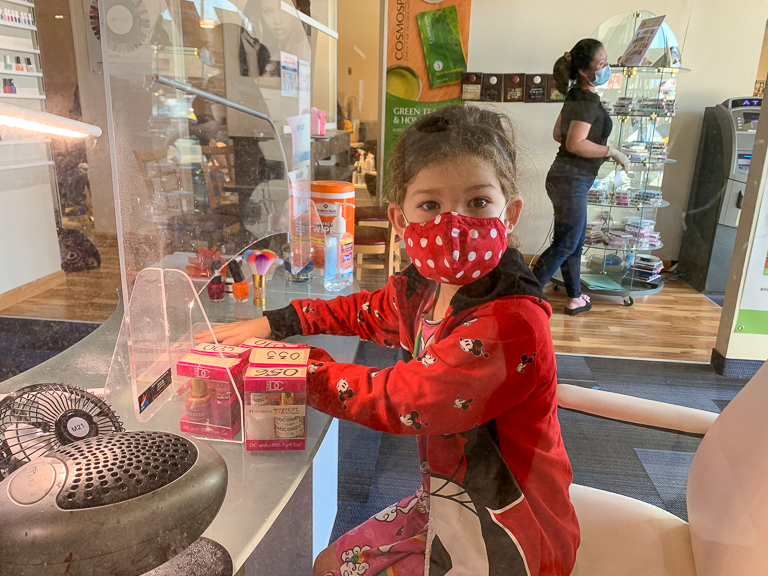 She's quick to point out the different colors, especially the pinks and purples.
Alli - And if you look close, there's glitter! 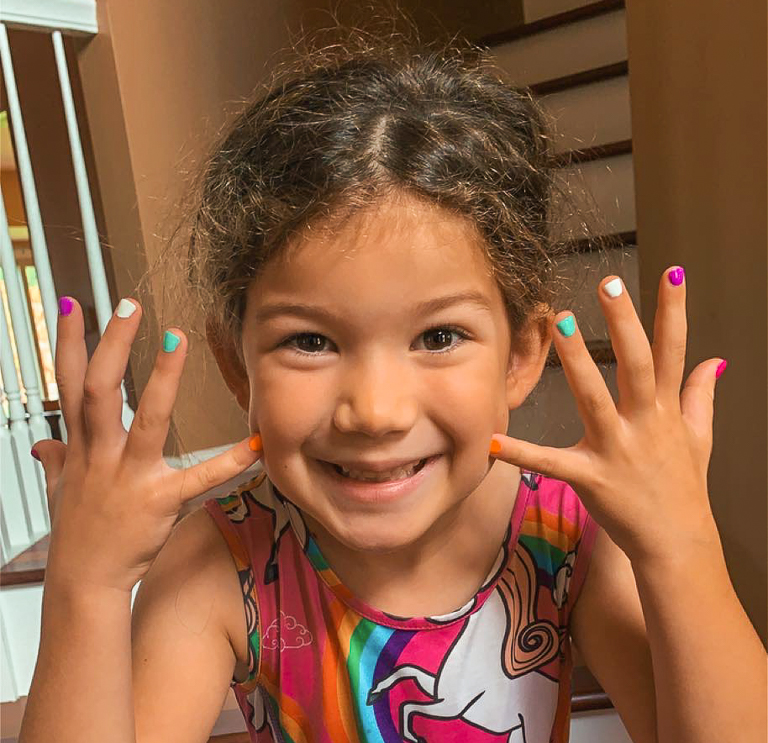 For lunch, she surprised me with a request to make Kentucky Fried Chicken nuggets. She remembers me making them for the KFC pizza, and loved the flavor. They have so many spices and herbs! When you compare it to the flour, the total volume is 1/4 spices!
This giant propane powered fryer is awesome! I can fry an entire tray of nuggets at once! 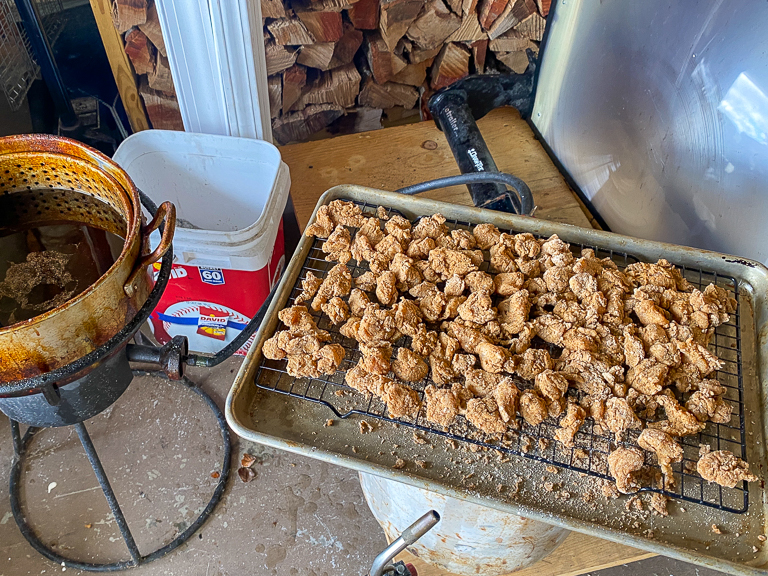 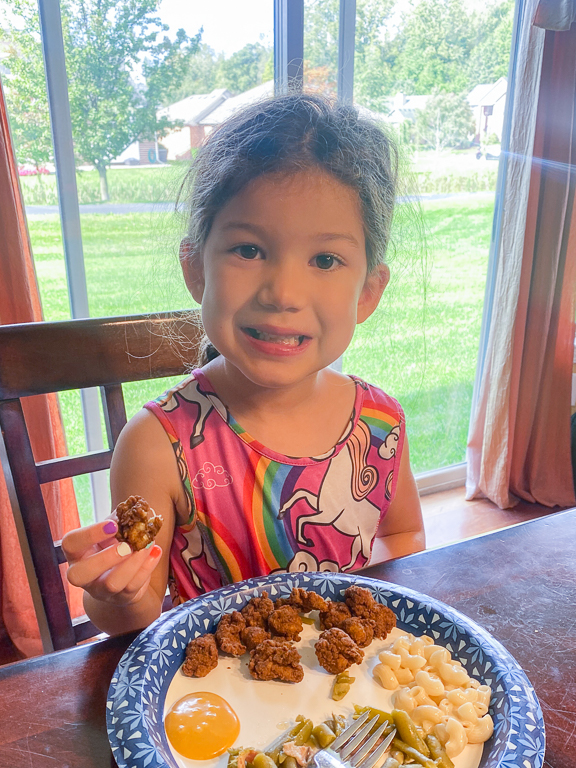 Alli has been loving all the mini-golf we've been playing at our RV resorts over the last few months, and she's getting pretty good! She asked Aubrey if she could play mini-golf on her birthday and Aubrey found a nice spot nearby. 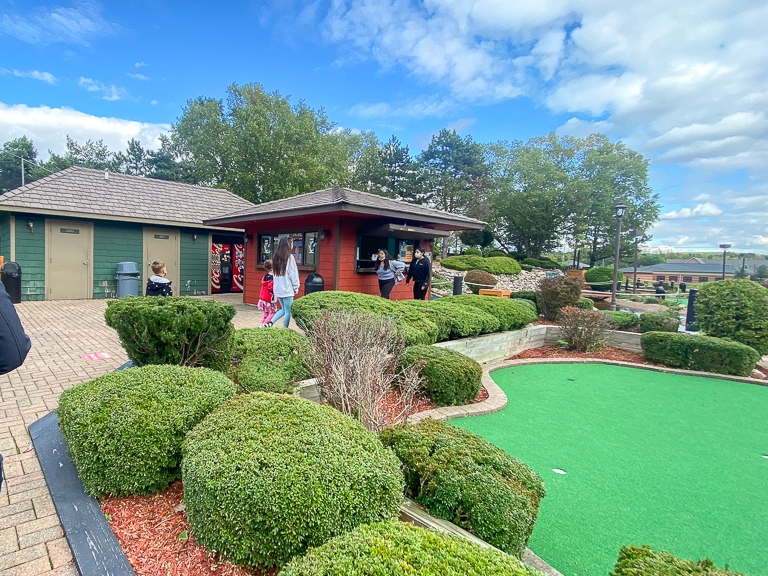 These are some of the nicest greens we've played on in a long time. There were so very interesting holes here and we liked the course a lot. 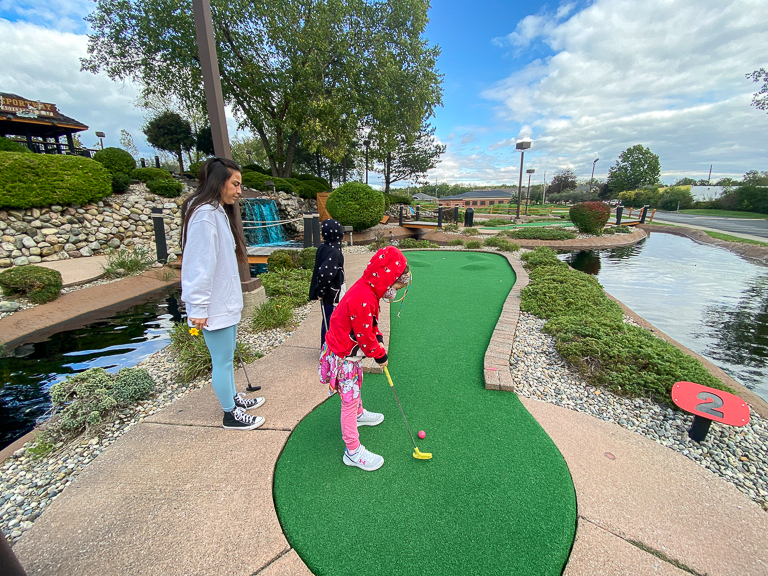 Some holes were hidden behind obstacles. Ian had to sit on this box, but he still ended up sinking the shot.
I ended up taking first place, with Theresa in second, Aubrey next, then Alli, and Ian. Alli shot a 59, which is her best score so far! 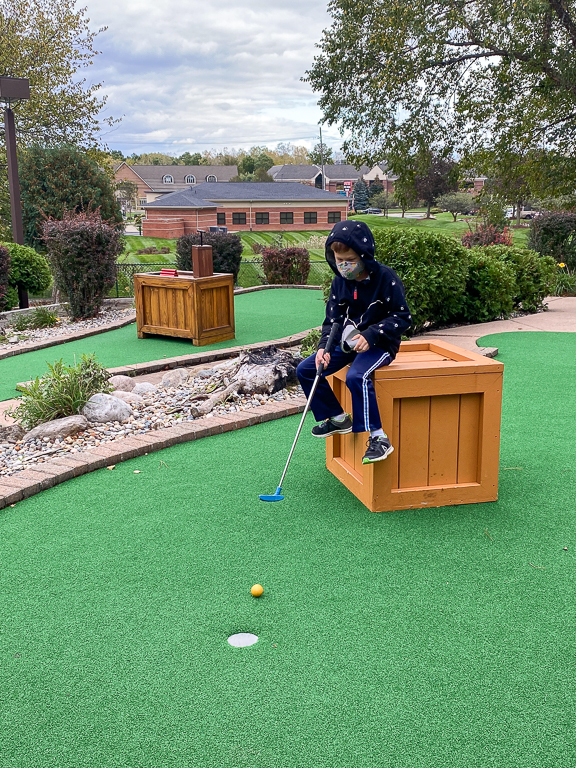 The other thing the kids were really looking forward to were the go-karts!
I asked if these were similar to the ones they drove at Disneyland, and was told that these were way better! 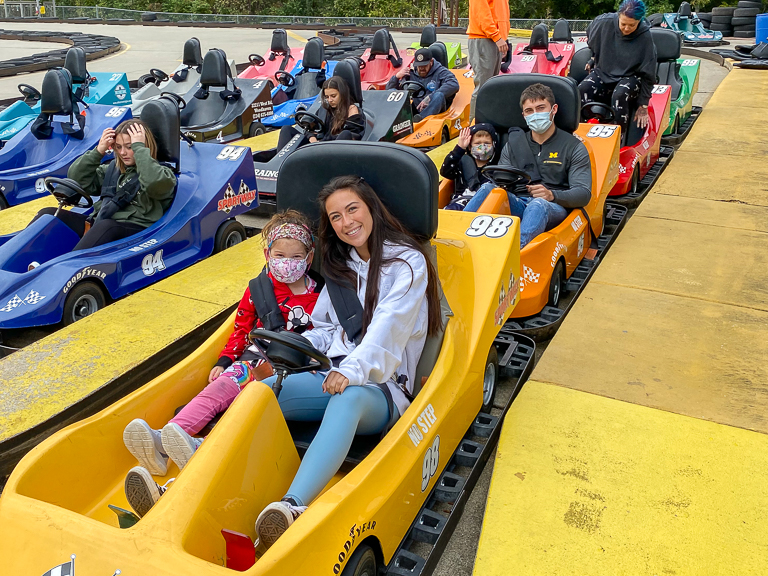 Before the first turn, Jared and Ian pulled away and there was no catching them. Aubrey and Alli held on to 2nd for a while, but lost it on the last lap. They had a lot of fun though.
For dinner, what did Alli request? Cheese fondue of course!
And Alli got a makeover from Aubrey too. And I have to say, she's loving the headbands from Tori's Scrunchies. 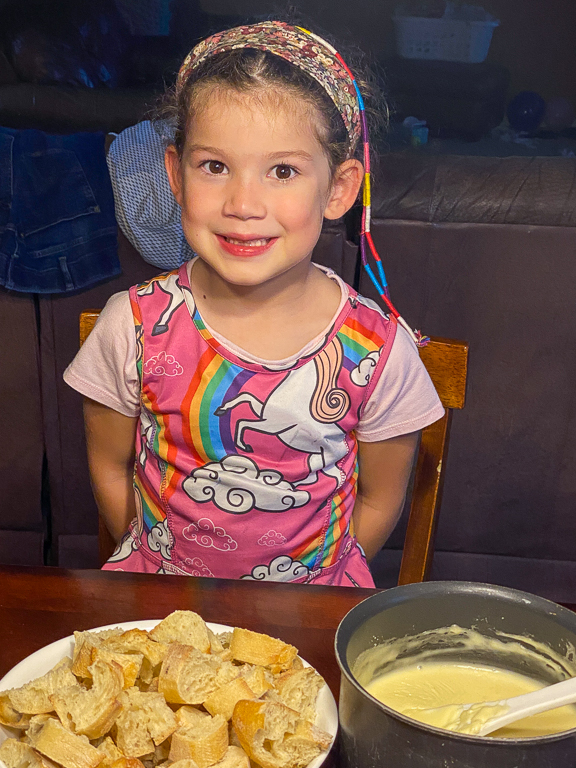 For dessert, chocolate dipped strawberries were perfect to wrap up the night. 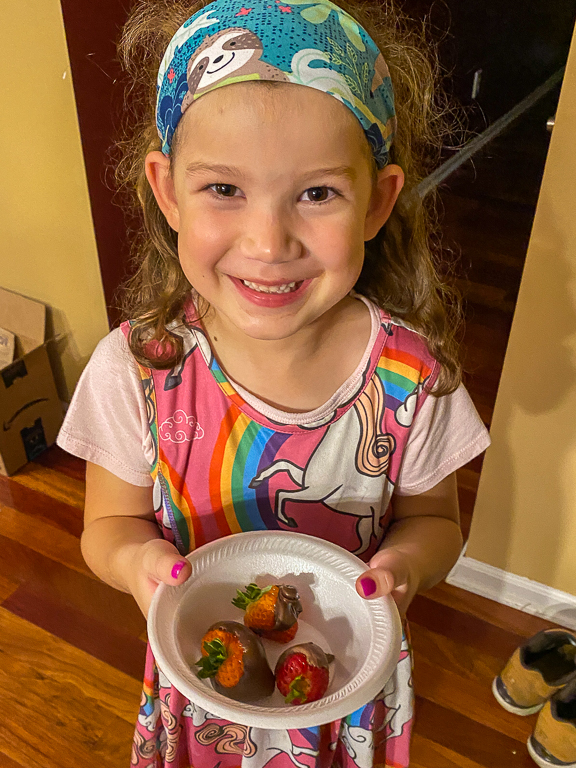 On their birthday, I love re-reading "The Story of" that I wrote up when they were born. Alli is big enough to read it herself now!
"The Story Behind the Birth of Alli"
She sat beside me and we took turns reading through it. Both kids love hearing the stories of themselves. To close out the night, they wanted to do a sleepover with Aubrey. 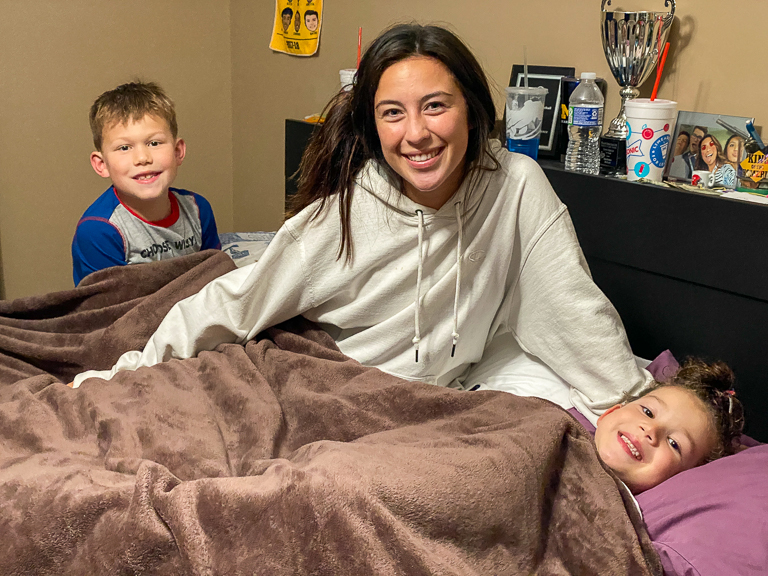 And despite being in a king-sized bed, Aubrey said this is how they spent the night. 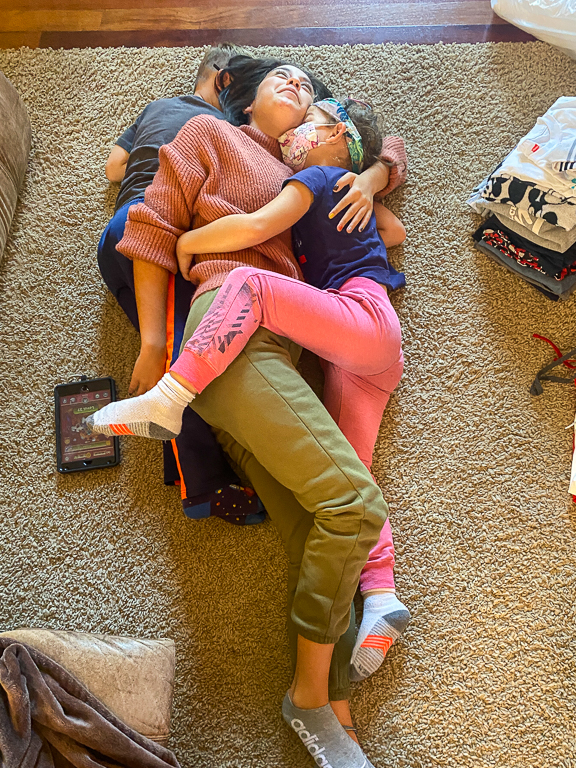 I think they were able to do almost everything on the list!
She's such an awesome little girl! Happy Birthday Alli! 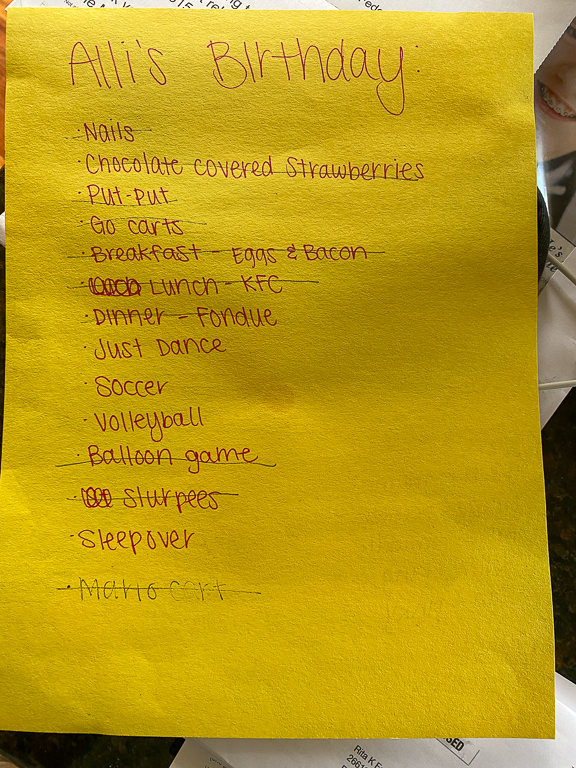