It's time to go for a walk around Disney World! 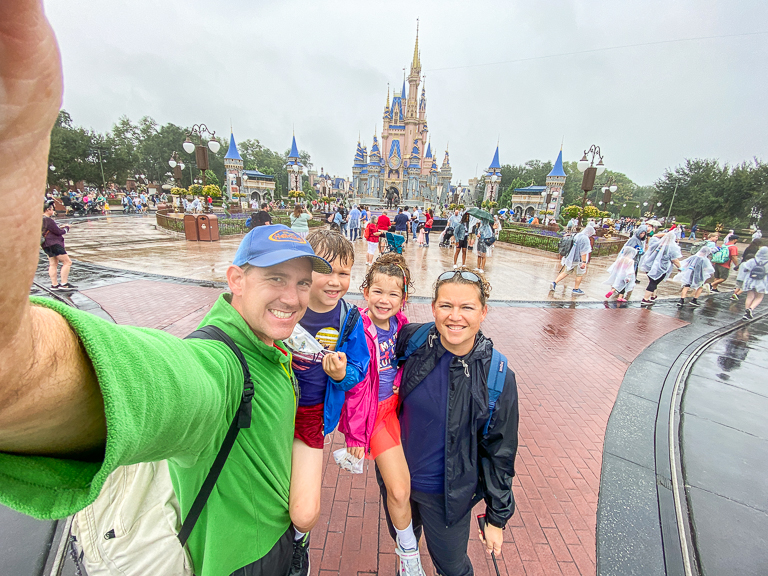 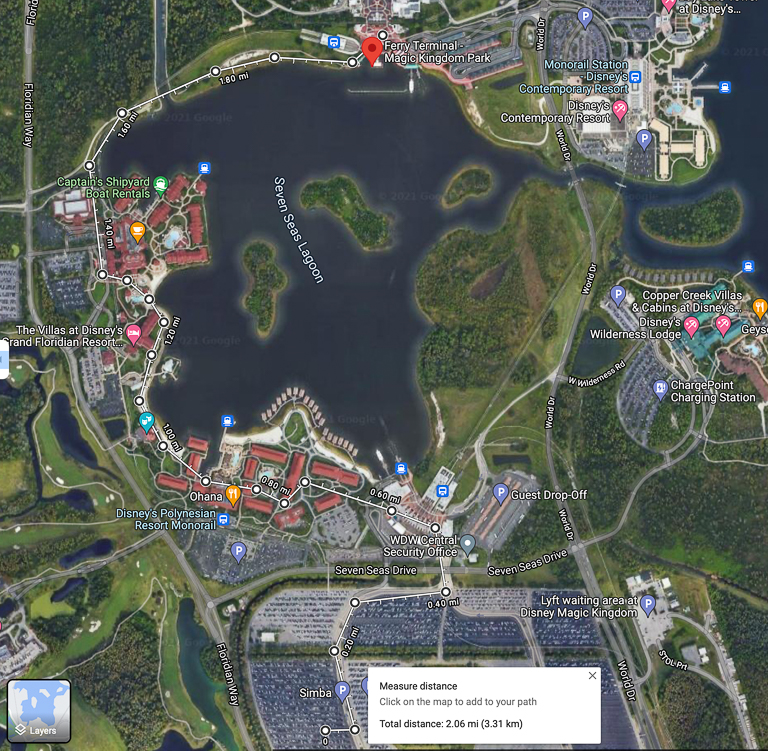 One of the things we've been wanting to see this holiday season are all the different hotel lobby displays. Speaking to a few cast members, they don't allow you to drive up to hotels and park unless you're a guest there. The Disney bus is usually your best option. But some hotels, like the Grand Floridian Resort, have walkways you can get to from theme park parking. 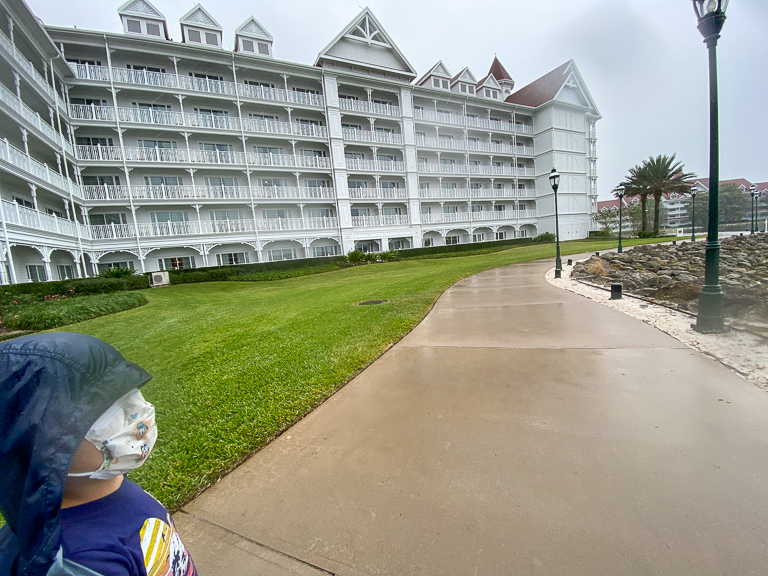 We knew the Grand Floridian is home to an awesome gingerbread display each year. We've been missing the gingerbread house at the Grand Californian hotel back in California. Looks like it's up and running. 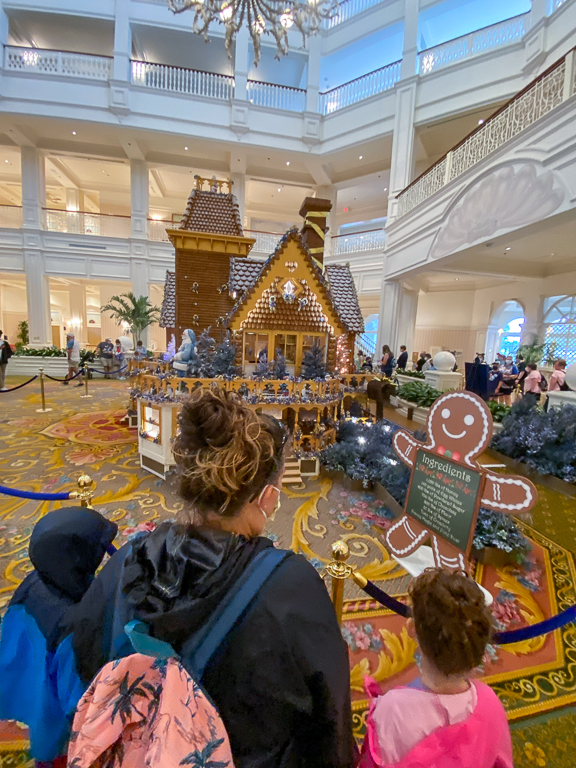 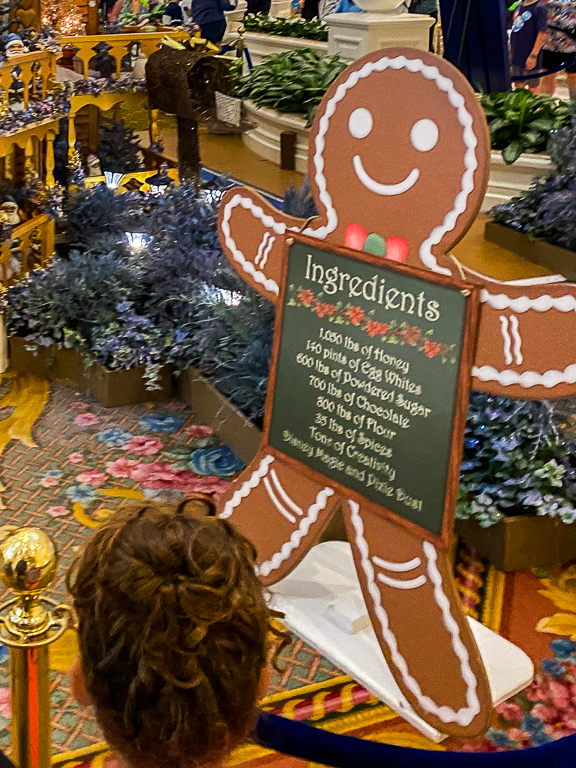 Alli was wondering if there were hidden Mickeys in this one. 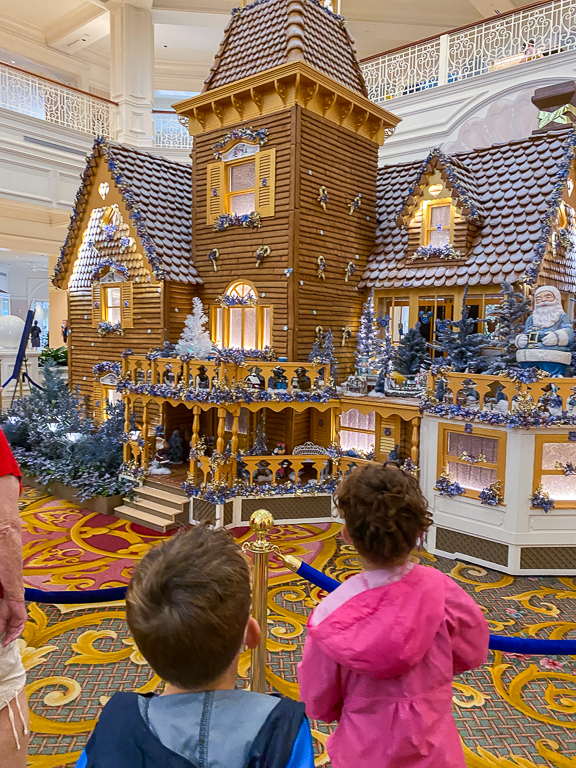 Wow, today is the first day it opened! 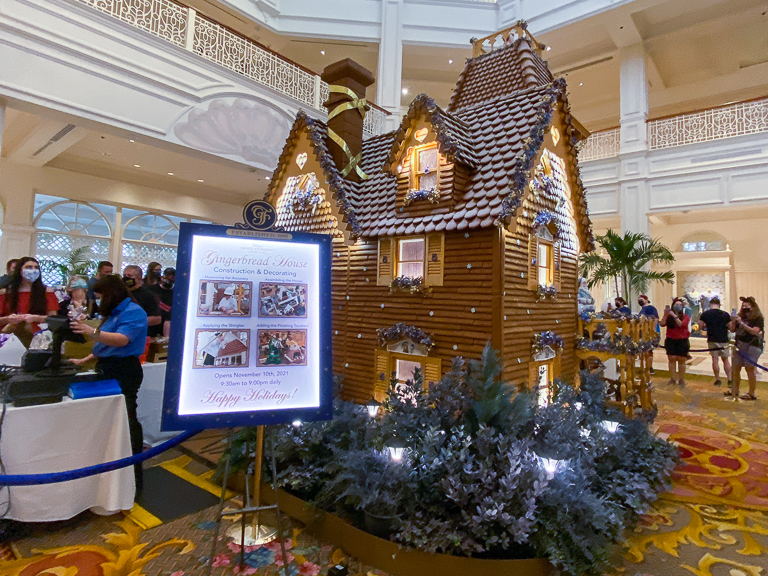 On one side there was a TV screen that rotated through facts about the house. Once the season is over, the gingerbread gets fed to livestock. There's also supposed to be something like 25 Hidden Mickeys here, though I'm going to say the gingerbread house in California is a little better. In CA, they hide the Mickeys in the decorations, usually out of the same fondant and colors out of the rest of the house. Here, the Mickeys are like glitter stickers around the outside of the house and they don't blend in. 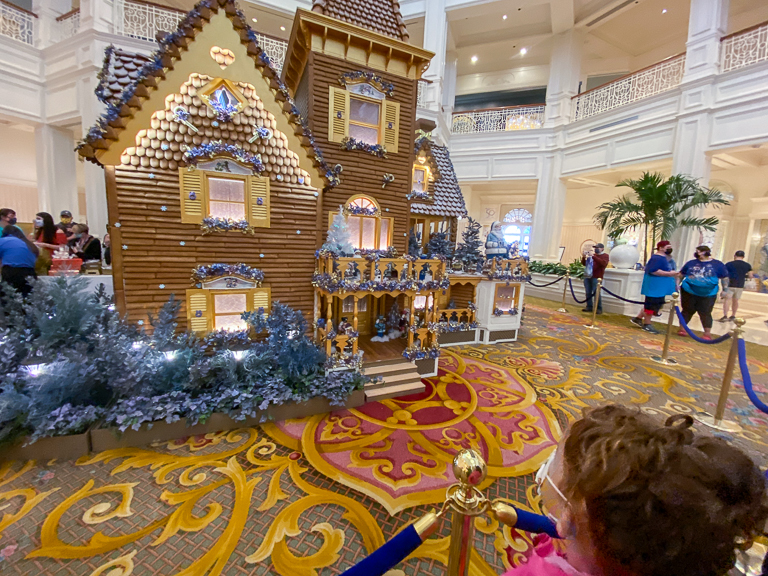 If you're so inclined, you can buy a gingerbread shingle for $9.50, among other things. There was quite a line to buy treats. 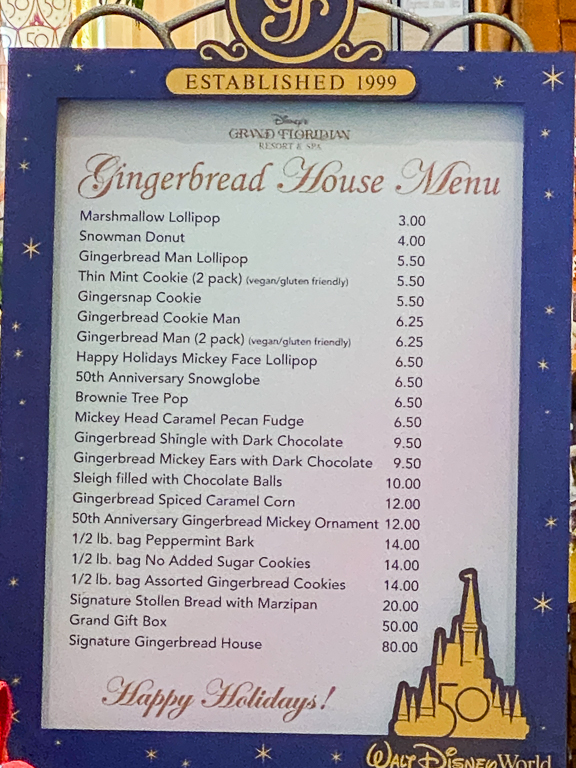 After a bit more walking, we found ourselves at the entrance to the Magic Kingdom! 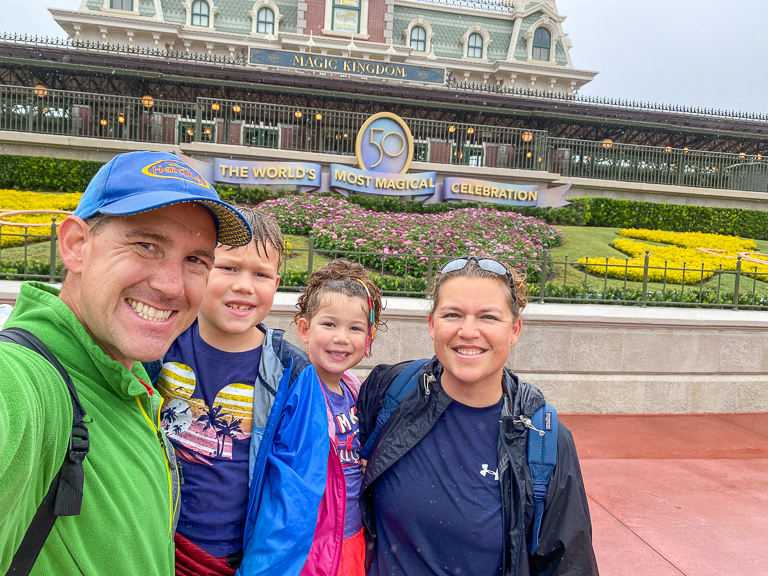 It's a little rainy here today though. We were hoping it would hold off a little longer. 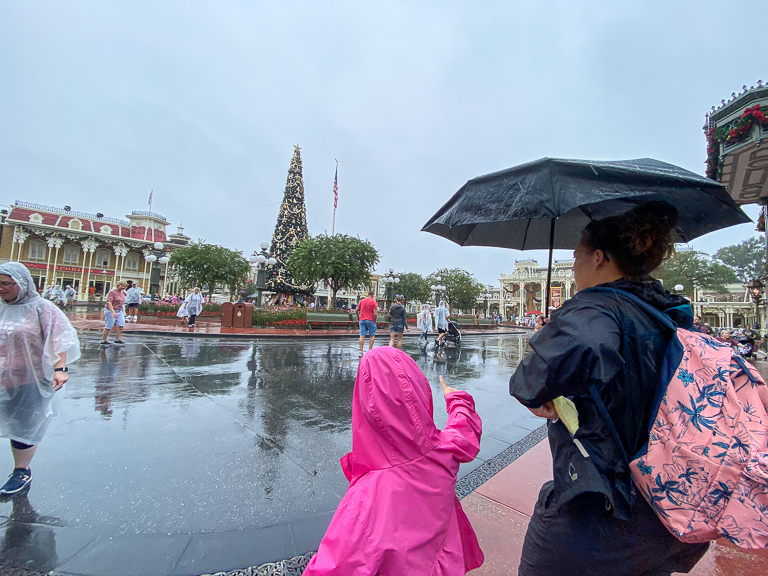 Despite the rains, the crowds are still here. 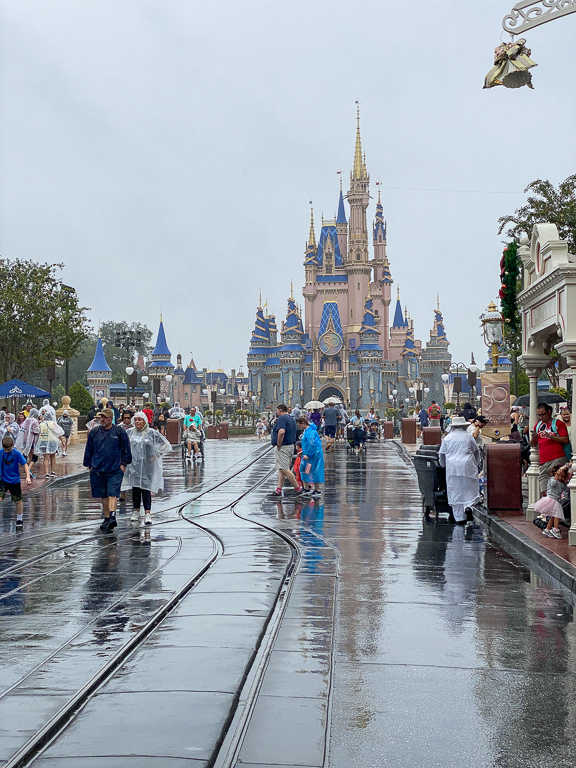 Let's ride the People Mover! That Tron coaster is looking pretty good! Both kids are excited to see it completed! 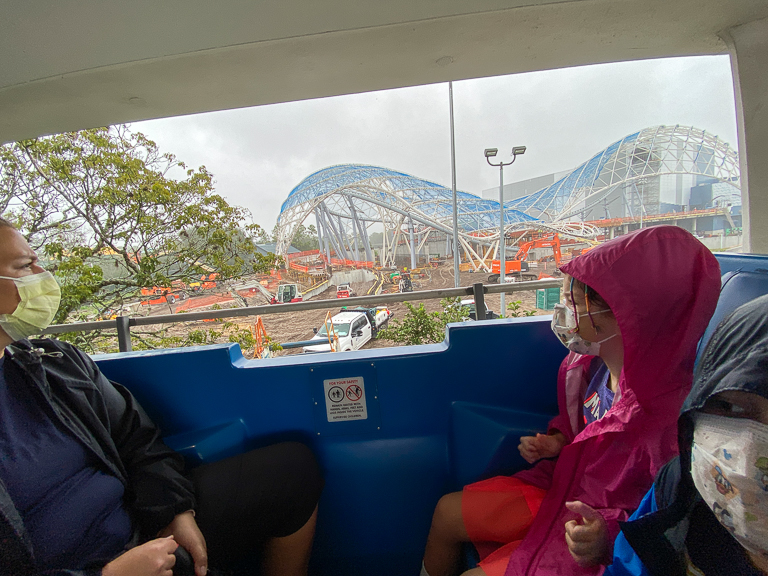 We'd considered spending a bit more time in the parks today, but with the rain coming in and not letting up, I don't think fireworks are happening tonight. We all decided to head home and watch movies together. 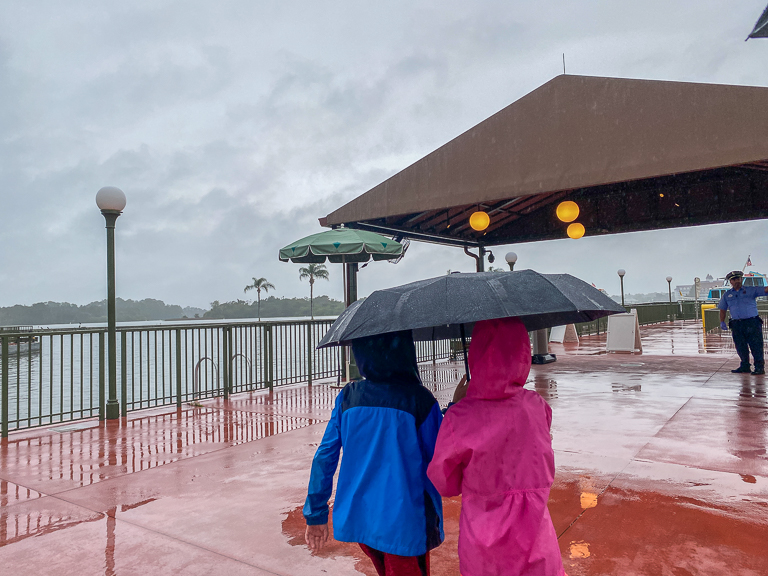 Though I think the kids are going to eat all our Disney popcorn before we get there.
It was a drizzly day of walking today, but we still managed to log 6.5 miles! That 500 mile goal is within view! 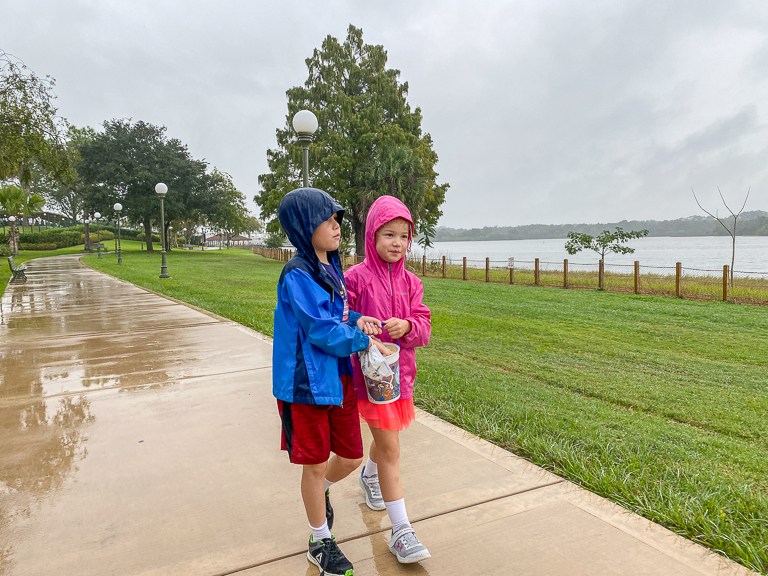