A Colorado Visit for Thanksgiving!

We've been on the road for months now, living out of the RV, having family coming to visit us and going different places. Today it's time for us to pack up and leave warm and sunny Florida for the cold of Colorado! 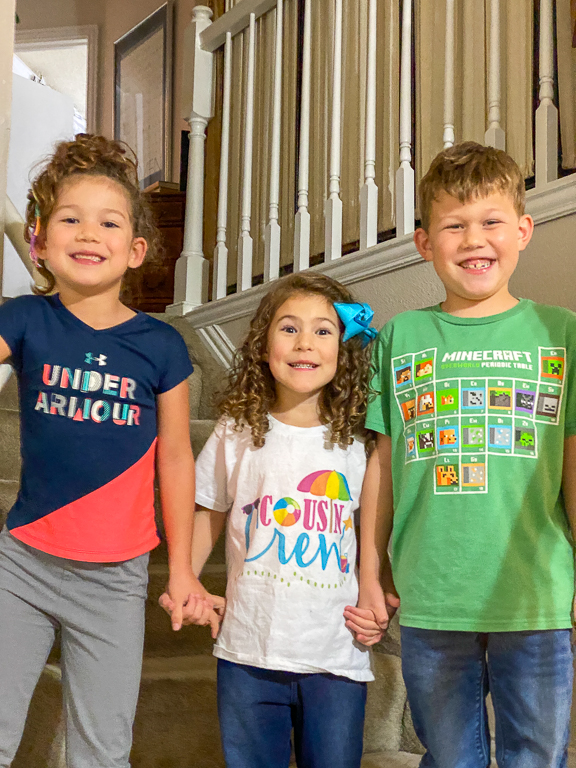 Our home is going into storage for a little while. Hopefully everything is the same when we get back. And the Beast is getting a nice rest. It's even covered (except for the 3 extra feet it sticks out past every other car)! 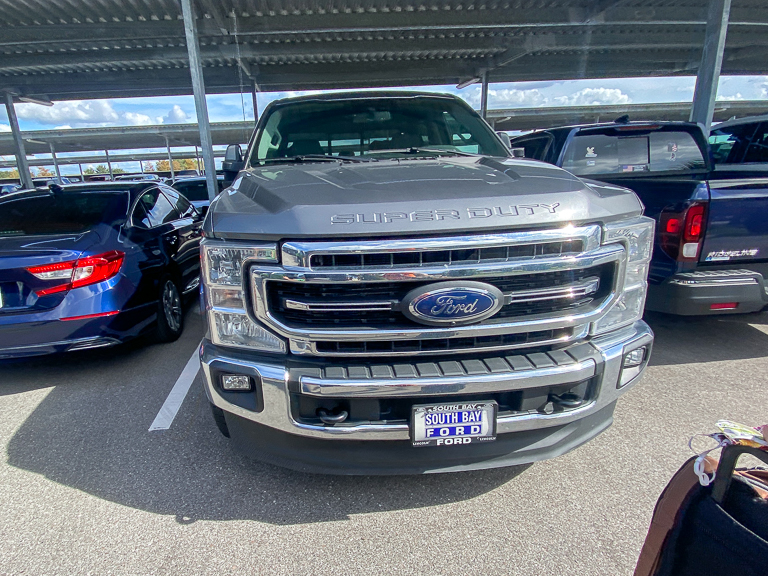 The kids are excited to get back into flying and going to visit people. 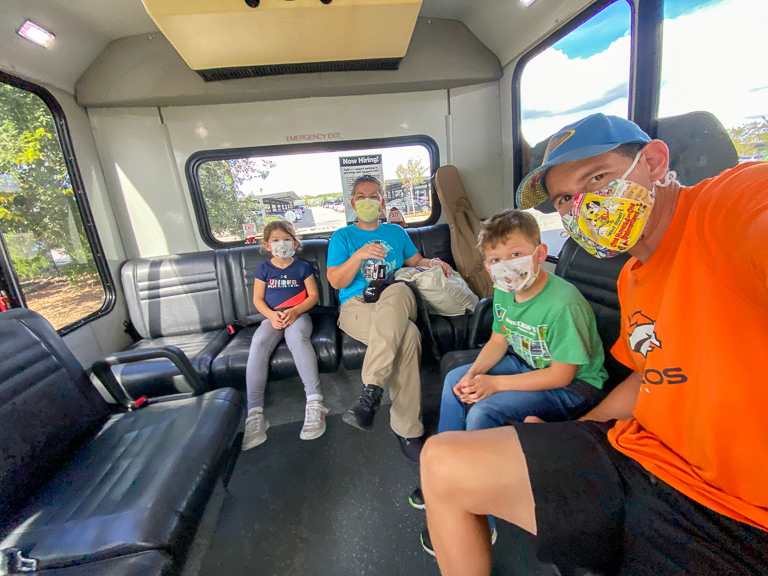 This will also give us a chance to bring some of the extra "junk" we've collected or didn't need back home and into storage. That'll help reduce some clutter in the RV. With such a small space, we've got to keep it cleaned up. The weight limit for checked bags is 50 pounds. 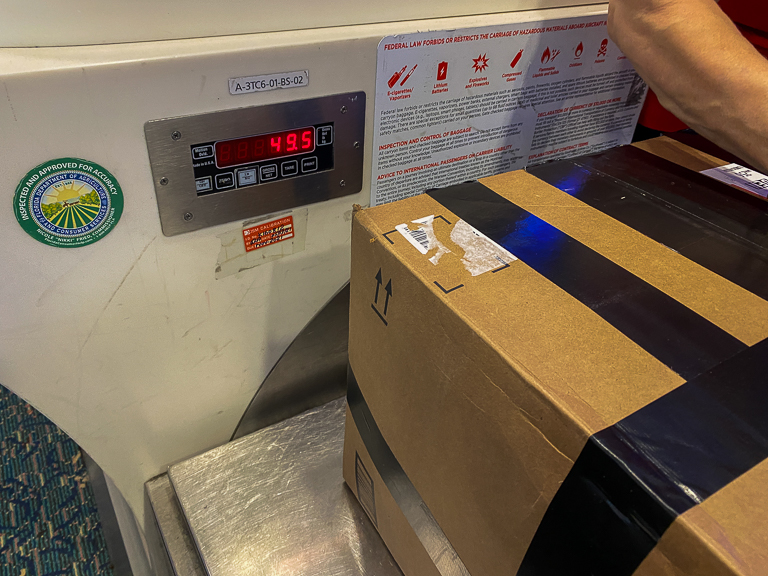 While we waited at our gate, Theresa serenaded us with Christmas songs. Definitely getting into the spirit. 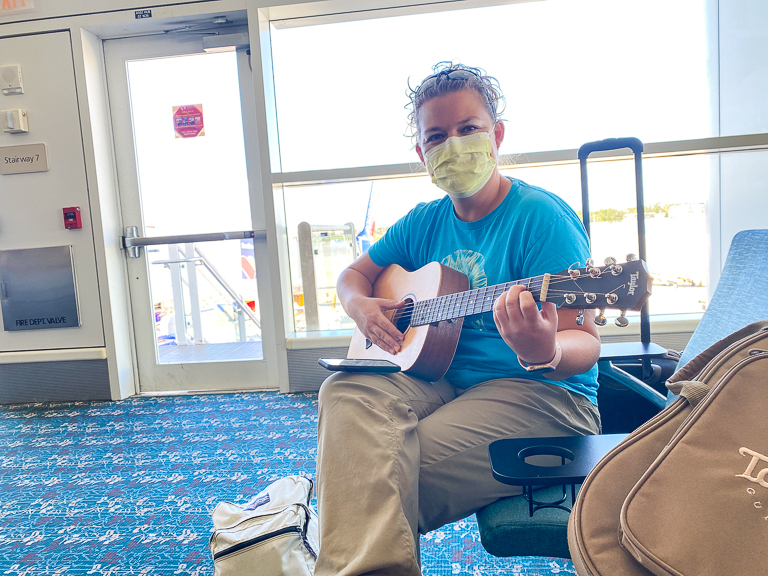 The flight was great! A straight shot from Orlando to Denver. The kids played on their iPads and listened to their headphones for almost the entire time. When the flight was over, we tossed them into Ian's red backpack. The kids can finally carry their own things now! 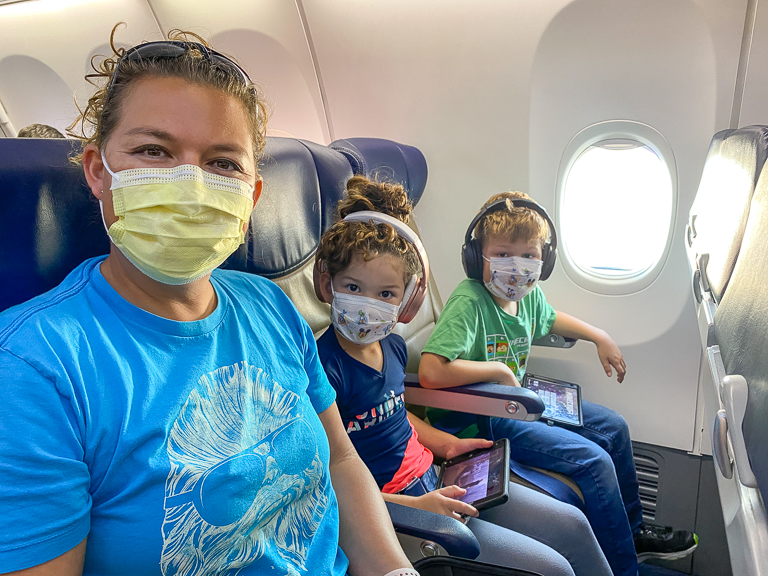 We like Denver because we get to ride the train to the main terminal.
All of us hopped off the train, walked to the baggage claim, and then that's when the drama began.
Theresa - Ian, where's your backpack?
Ian - Uh...
Best we could figure is that he left it on the train on the other side of security. Yikes! That's an expensive bag to lose!
Theresa left me and the kids at baggage claim, got a gate pass, and was able to through security to start looking for it. A few calls to the airport lost and found were not helpful. No one had turned it in. A call to the airport police wasn't successful either. Theresa waited and watched as every train went by, checking both the front and back cabins to see if it happened to still be there. No luck at all.
At one point she saw a custodian cleaning the trains and asked if anyone saw anything. Unfortunately not, but he suggested she try the information desk in each of the terminals. Only problem is that it's after 7pm and they've all left for the day. At this point, we've been looking for an hour.
The A and B terminals are the first stops, but the C terminal where Southwest operates is usually the busiest. She decided to start there. When she got there, the Information Booth was unmanned. D'oh.
But... she looked behind the counter. Oh my. That's Ian's red backpack!
Big thank you to whatever stranger found the kid's backpack and turned it in! What a big relief! 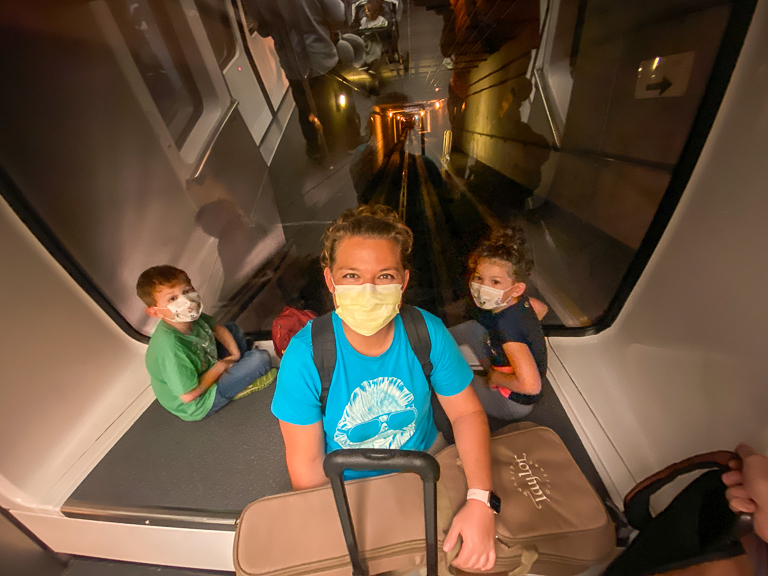 Dinner was just a little later than planned, but delicious none-the-less. Theresa's Emo (aunt) who lives in Colorado brought us a tasty Korean meal. There was so much food!
We're excited to be here in Colorado! It's going to be a great time hanging out with everyone for the next couple weeks! We've got so many different things and taste tests planned!