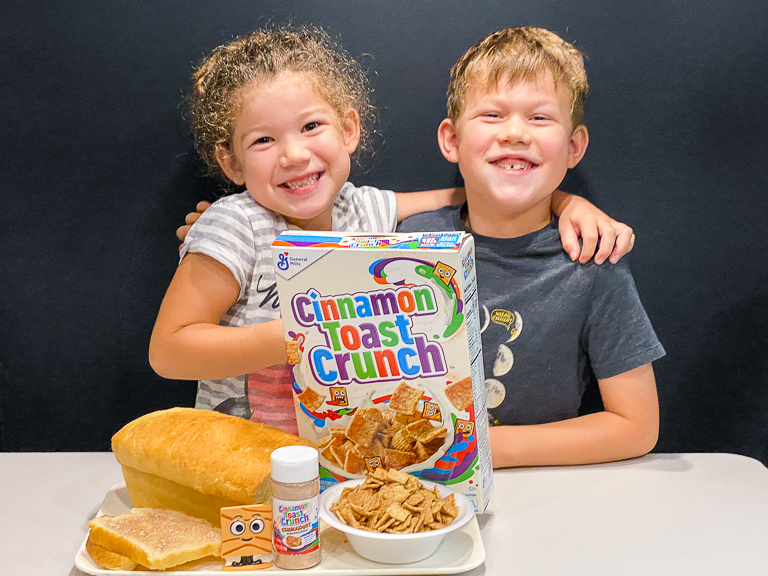 Cinnamon Toast Crunch is produced by General Mills. This Cinnadust is produced under license by B&G Foods, who make other such spice blends as Mrs. Dash, Accent MSG, and dozens of other known brands.
The ingredients list sugar, cinnamon, salt, and natural flavors. Their website states that it has notes of caramel, vanilla, and graham flavors. We'll see! 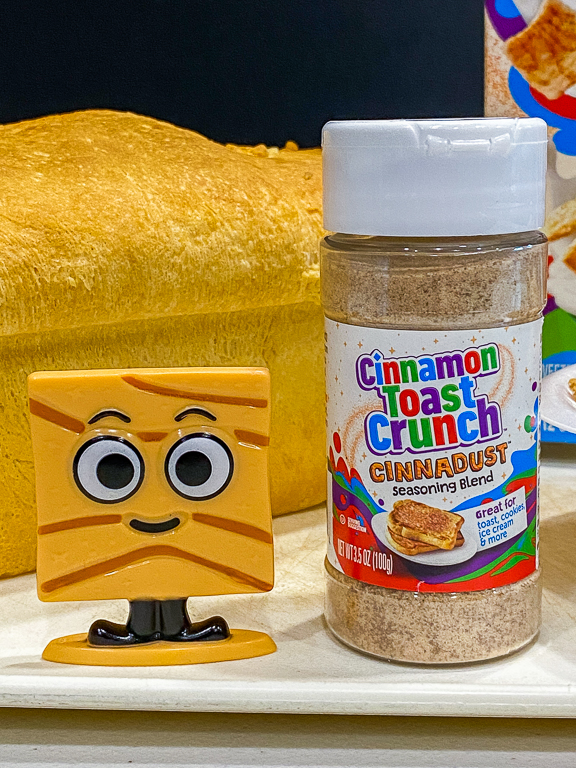 If we've got Cinnadust, we're going to have to have some toast to try it on! Sure we could just grab a loaf of bread from the store and use that, but we don't do that around here.
Hey Kids! Who wants to help me make a loaf of bread?
Both were very eager to help out. 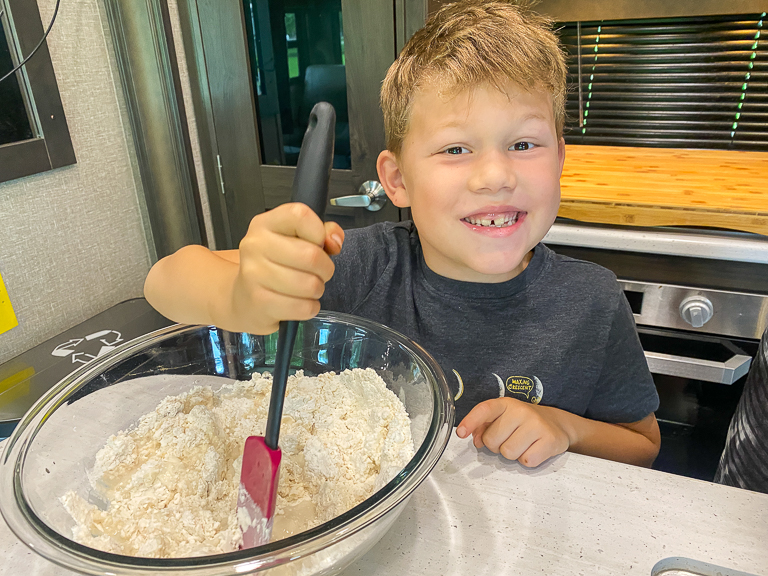 I'm using a recipe for a simple sandwich bread from Sally's Baking Addiction. Thanks for adding the butter Alli. 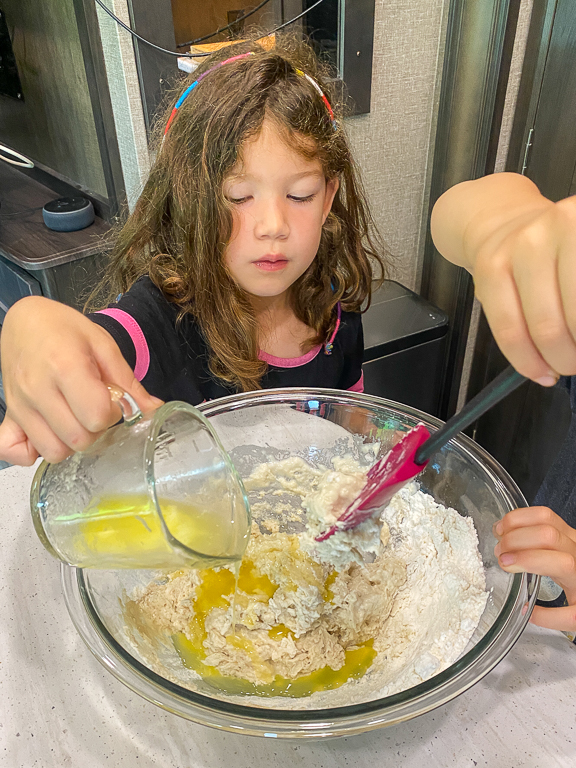 We don't have a stand mixer anymore, so any kneading has to be done by hand. Ian asked if more stirring makes the final bread better. I think so buddy. He kept stirring and stirring until his arm was tired. 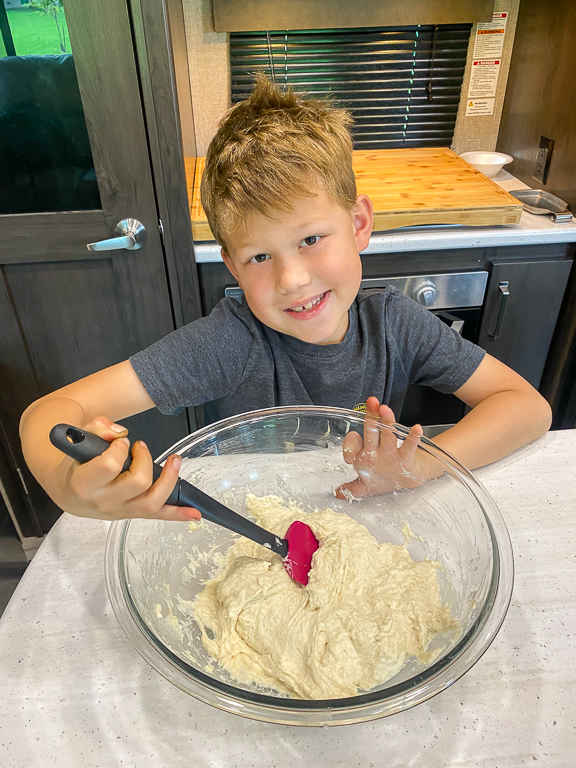 Looks great Ian. We'll put it aside and let it rise for a while. 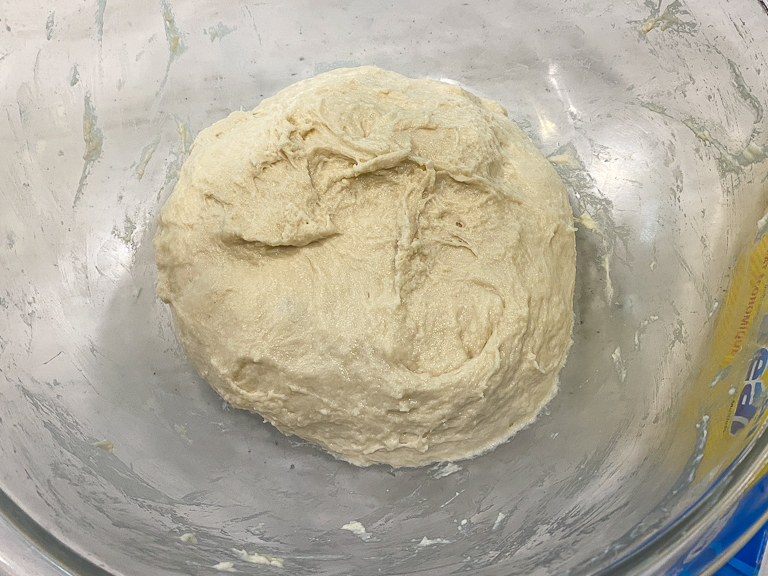 Once it had risen, Alli helped me get it all rolled out into a long rectangle. 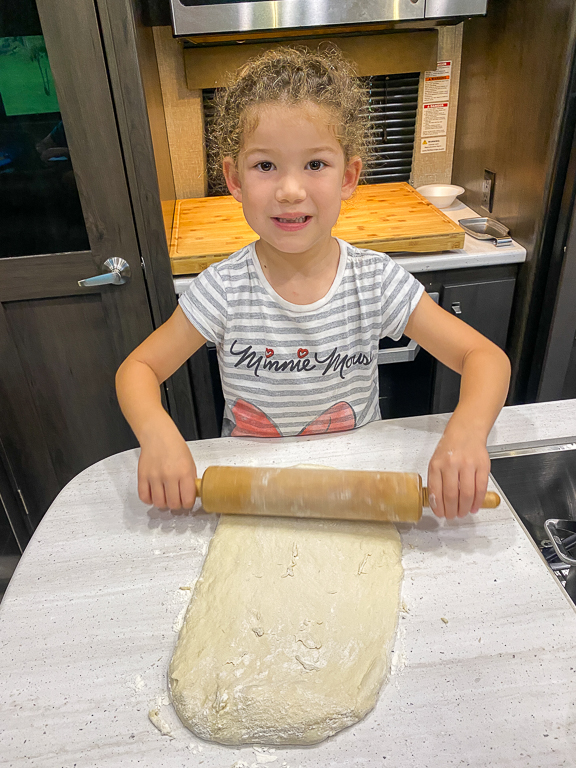 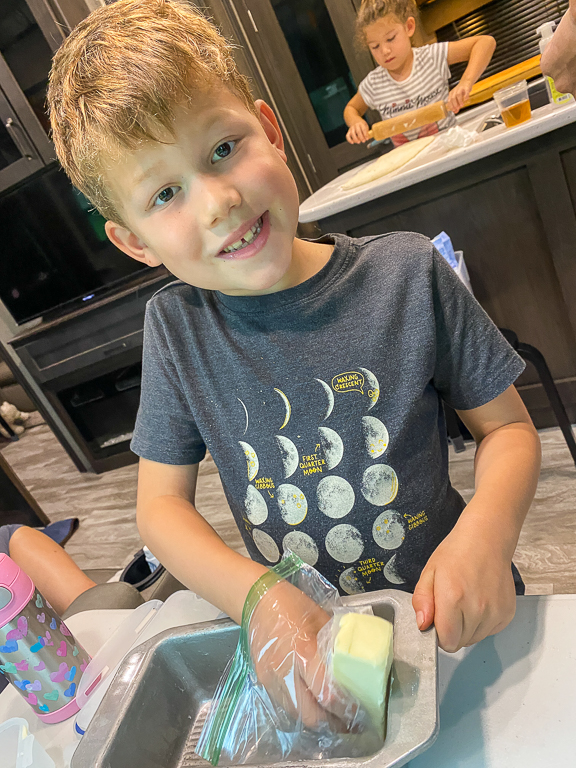 Then him and Alli took turns rolling up the dough into a spiral. 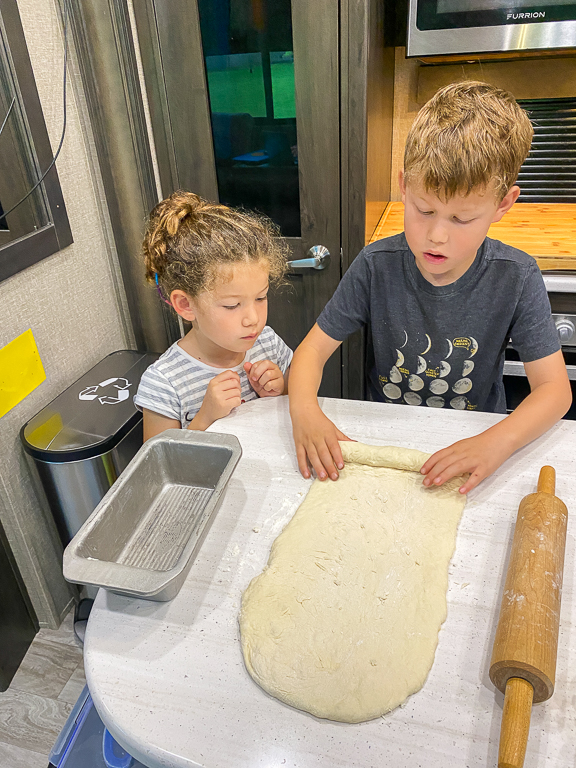 All set to rise! 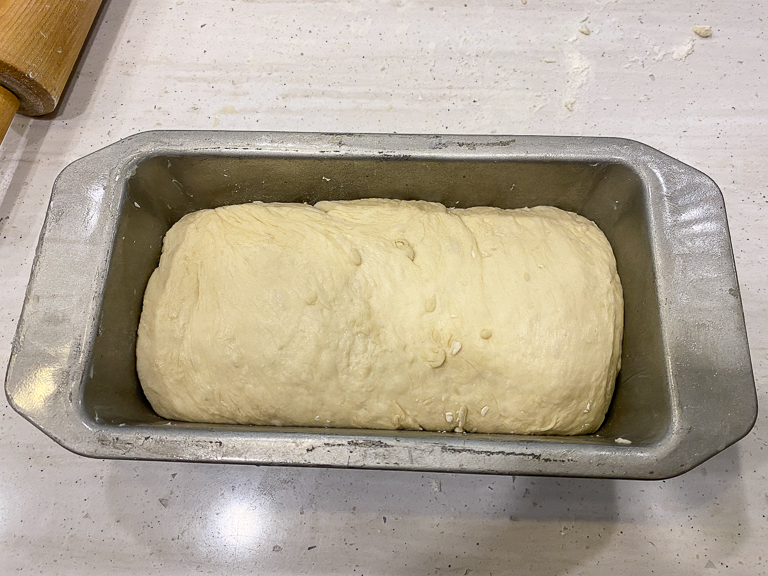 Almost. I melted a bit of butter and covered the top. 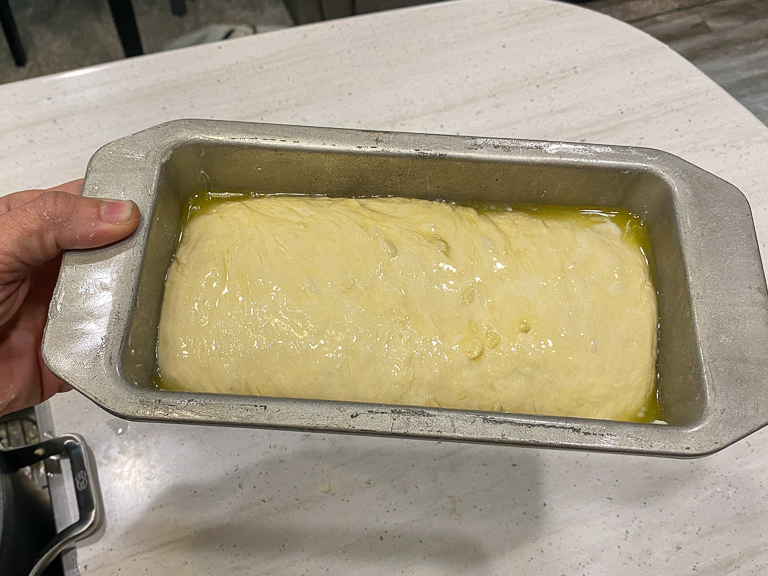 After rising again, it's ready to bake! 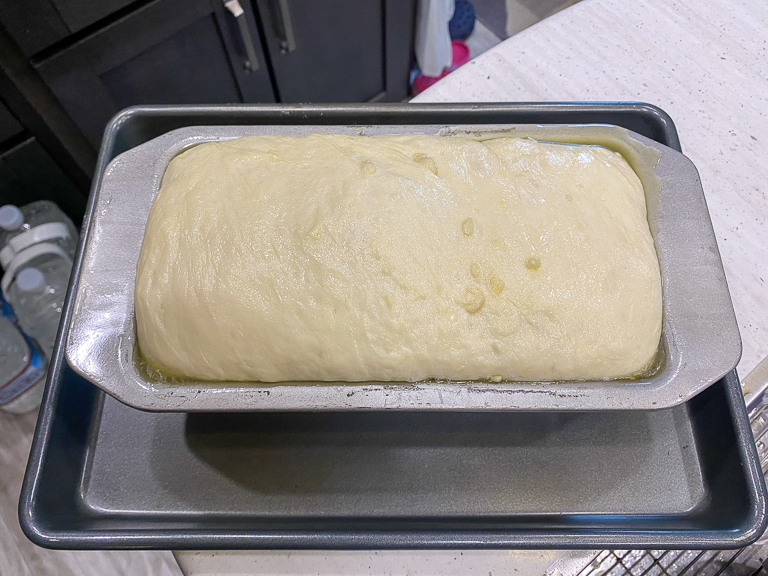 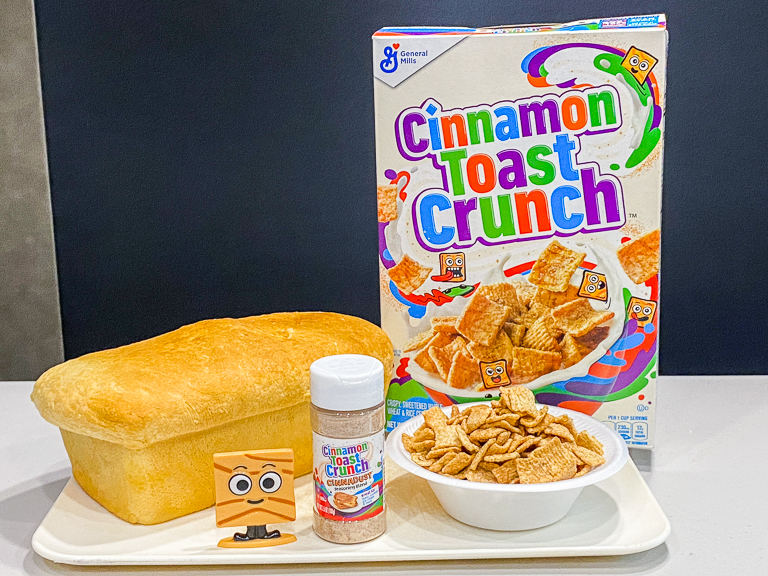 After slicing it, I toasted it, slathered it with butter, then covered it in Cinnadust. 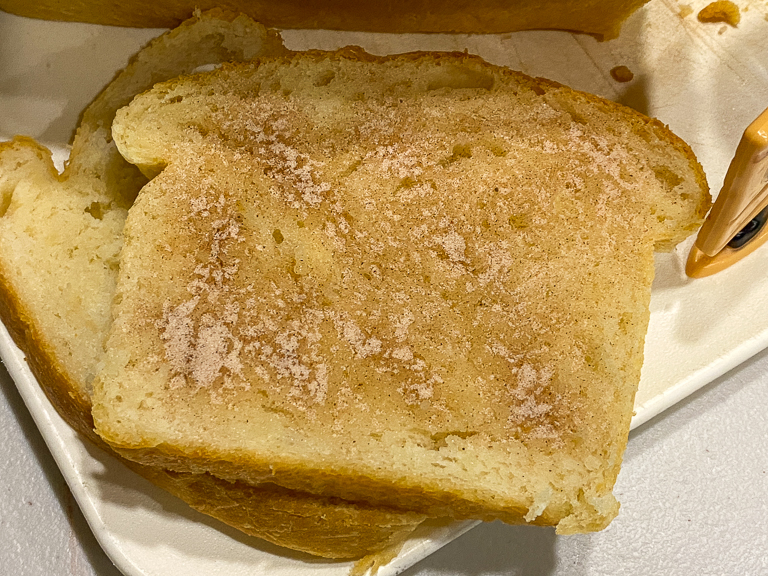 What else can we compare it to than the tasty Cinnamon Toast Crunch cereal? 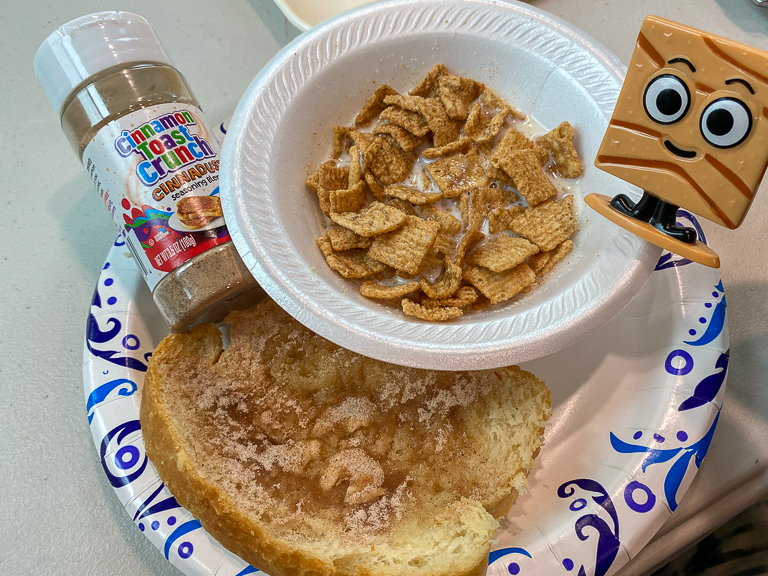 Ian, how's the bread you made? He thought it was great! Even better than the cereal!
Alli thought the bread was better than Cinnamon Toast Crunch cereal too. 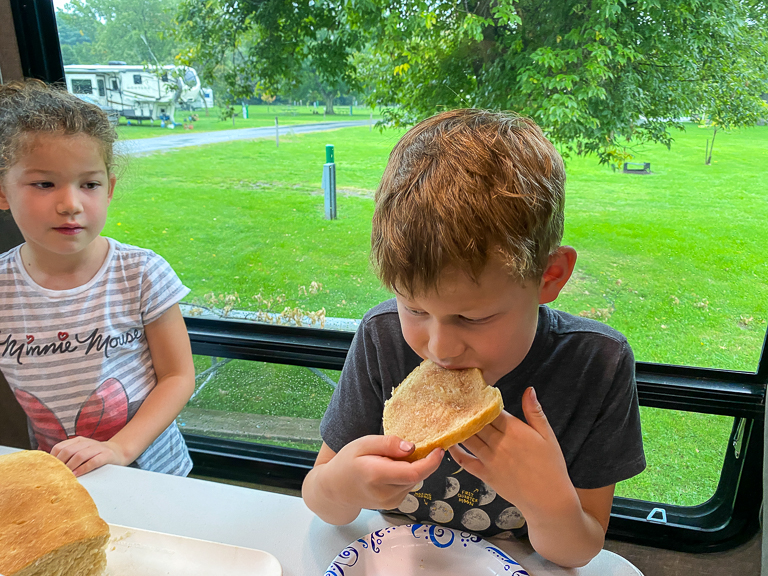 Theresa tasted it. She just likes the fresh baked bread with a little butter on it. Who needs the Cinnadust? 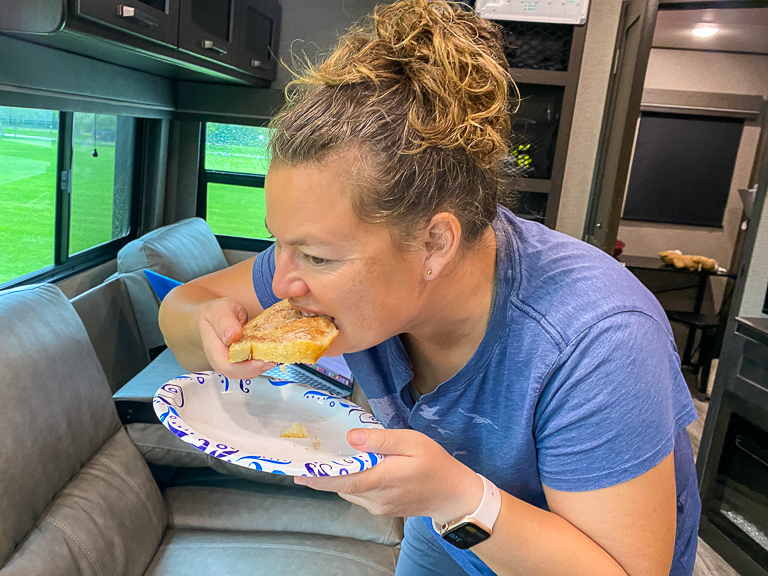 I was curious to see what the differences were between Cinnadust and the regular cinnamon sugar that I make from table sugar and cinnamon.
It's clear that the sugar granules are much more fine in the Cinnadust. The darkness of my homemade version is from using more cinnamon I'd bet. On tasting it, mine definitely has more of a cinnamon flavor.
I'm not picking up the caramel, vanilla, graham flavors in the Cinnadust. Just a sweet cinnamon. 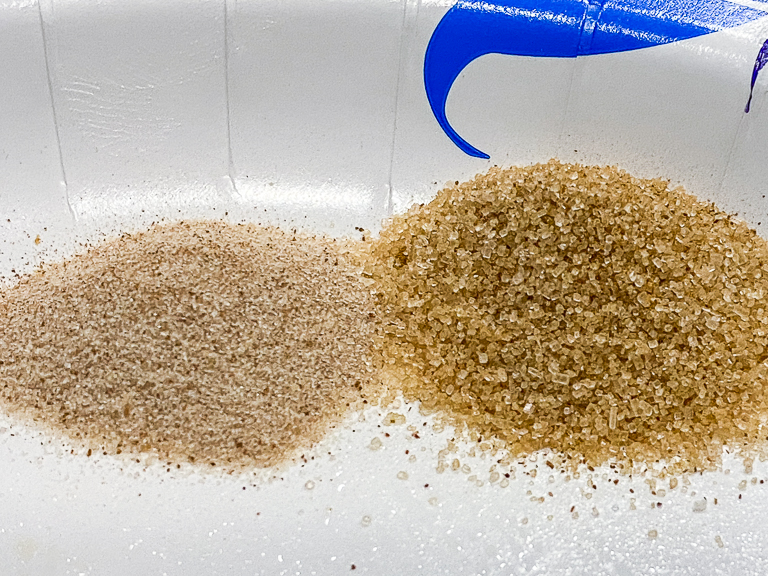 Ooh, what if we kick it up a notch with regular Cinnamon Toast Crunch and Cinnadust! 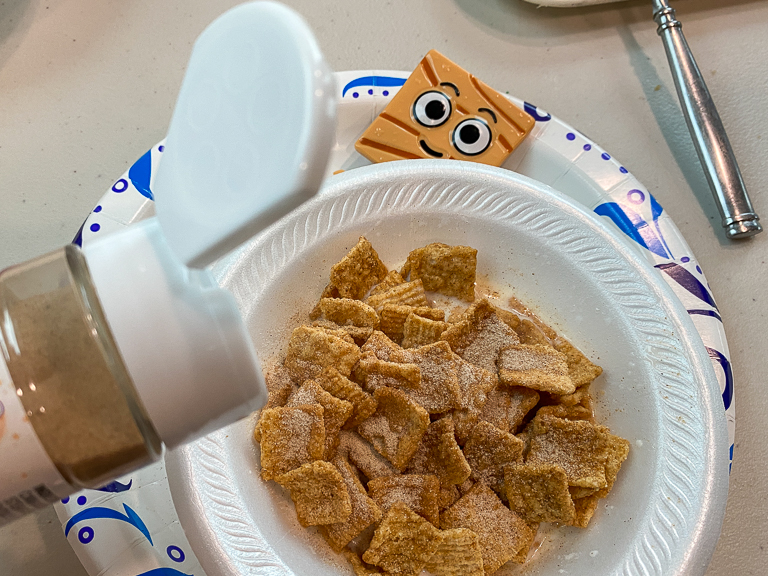 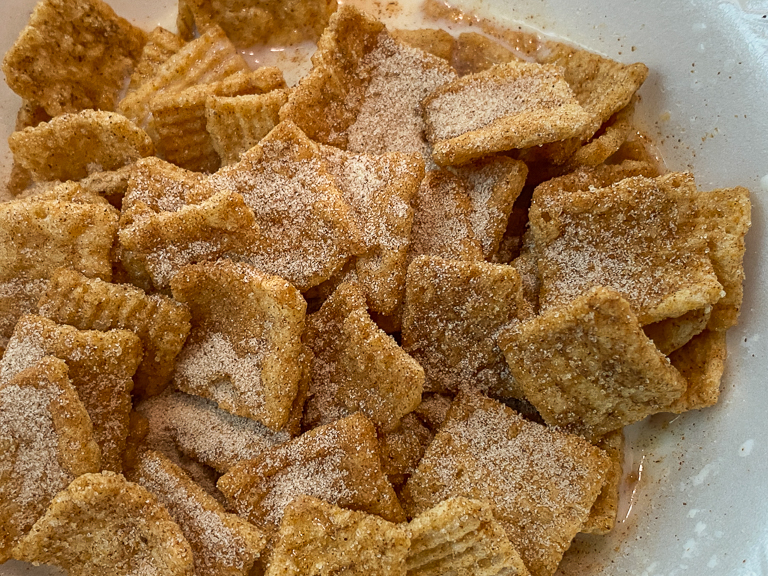