One of the great things about being on the road is that we can go just about anywhere we want. It been a few years now since we were in Mississippi, but while we're here, we've got to go see my Aunts, Uncles, and Cousins. We hopped in the car and drove a few minutes up the road to see my Uncle and Aunt in the house that they've lived in forever. 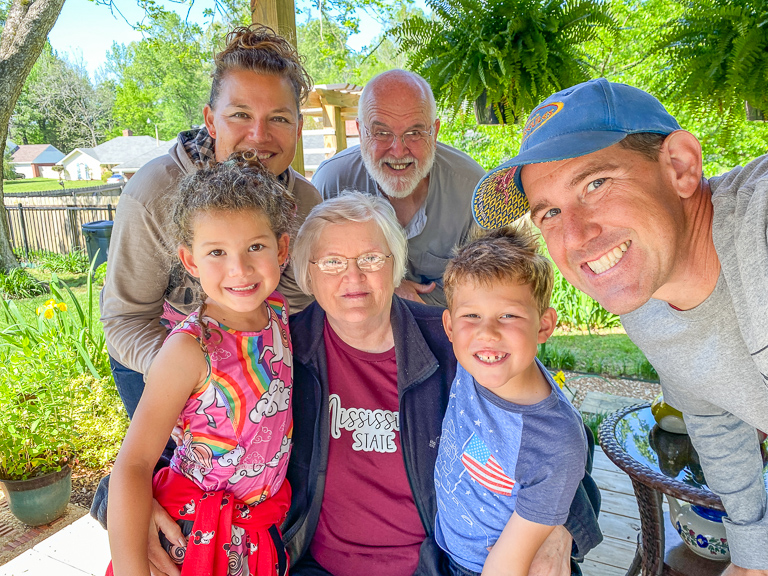 After eating lunch together, what shall we do? 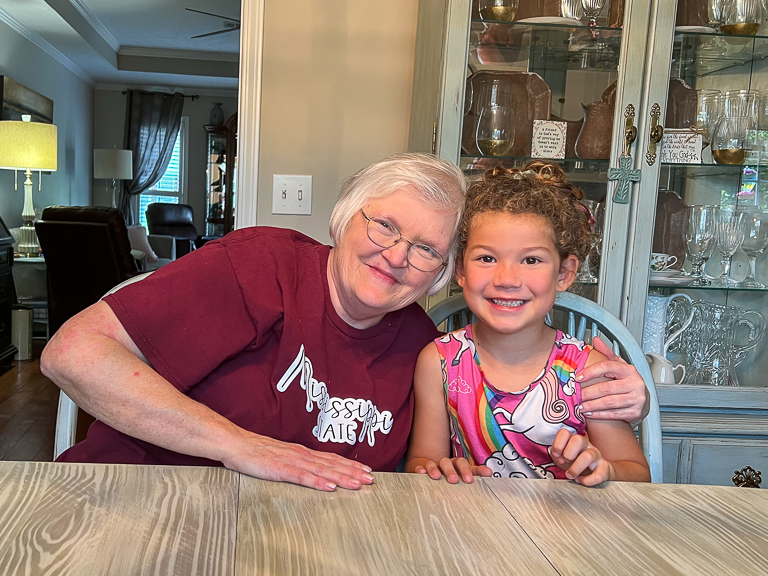 How about games? Ian and Alli love games. They know Uno and Roll For It, but Aunt Donna has some new games that we've never played before! 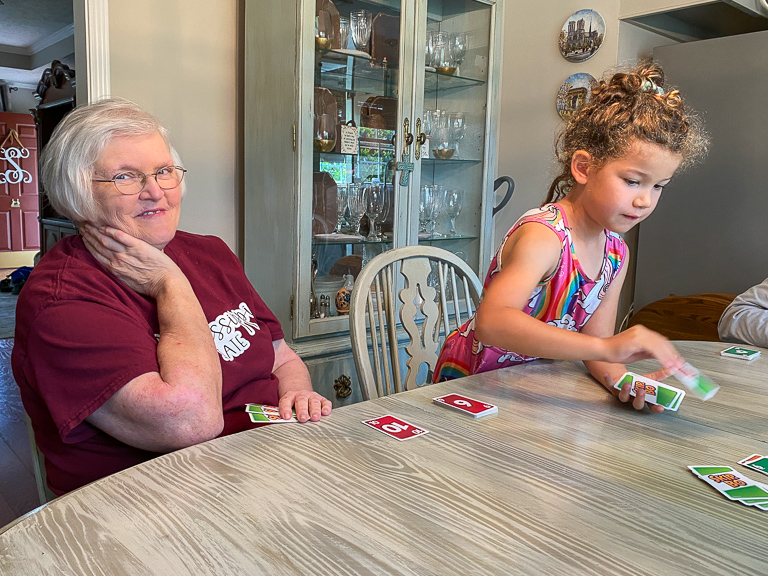 Like Skip-Bo! We've never played that before, but the kids got a quick tutorial and after a few rounds, they requested that we buy it to play ourselves. 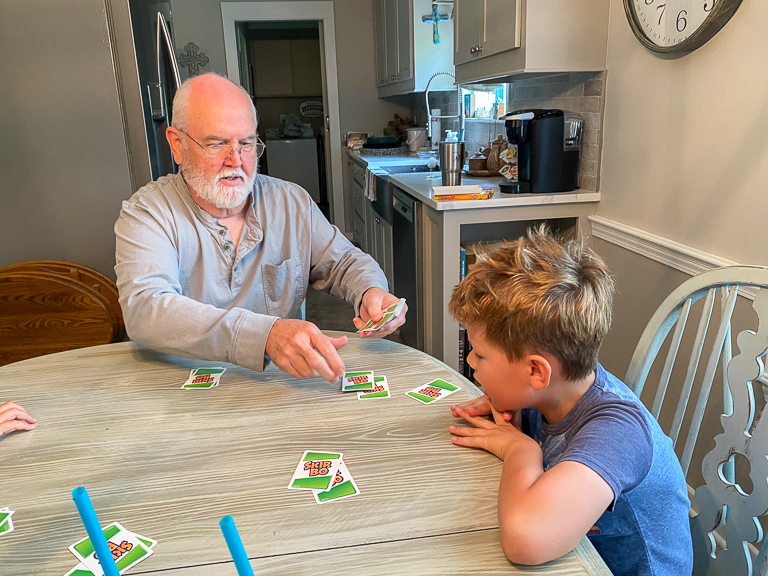 And a game I'd never heard of called Pit. It's a bit like a stock market exchange floor where you're trying to amass resources by trading your cards to other players for their unknown cards. Once you collect all 9 of your resource type, you win! But the thing is, everyone is yelling and trading all at the same time! It's pretty wild. A video will follow at the end. 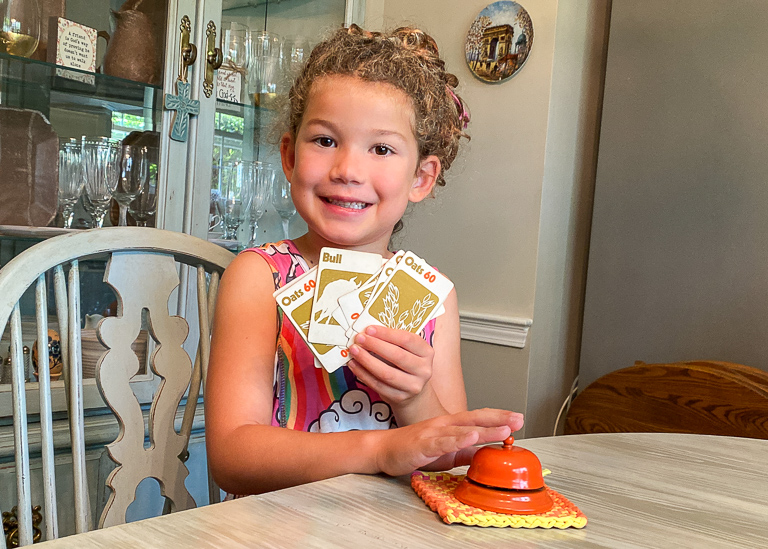 And here's one the kids do know and love. 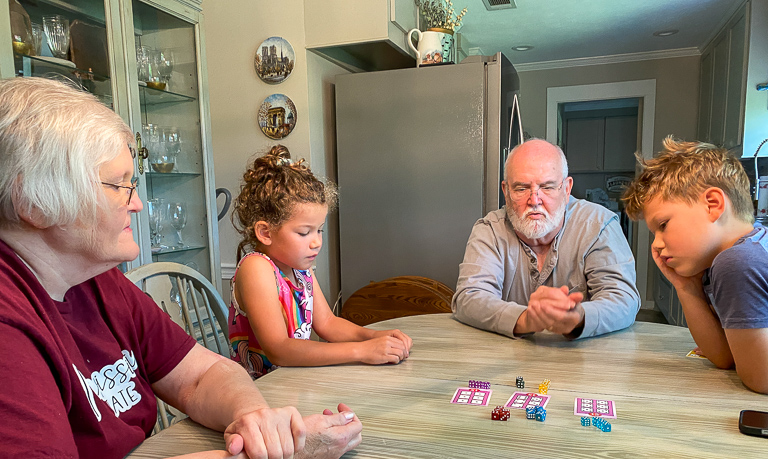 Never one to let you go hungry, Aunt Donna had a cake she had baked earlier for us for dessert. 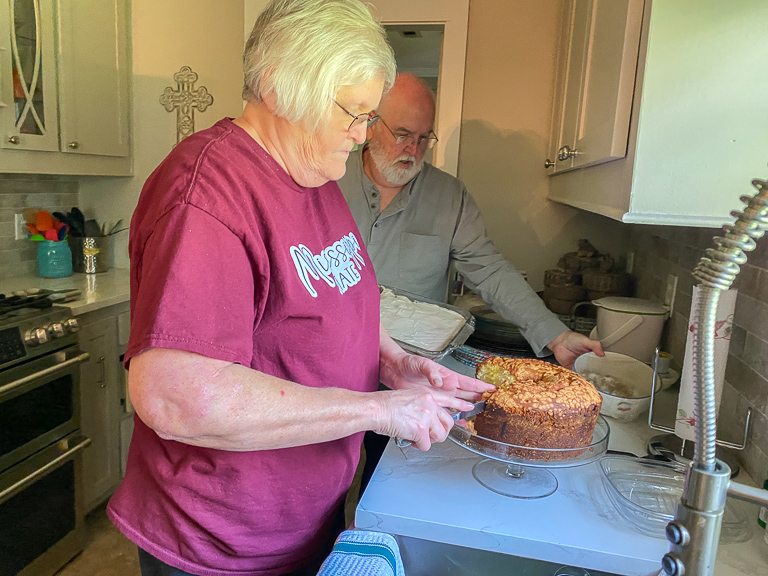 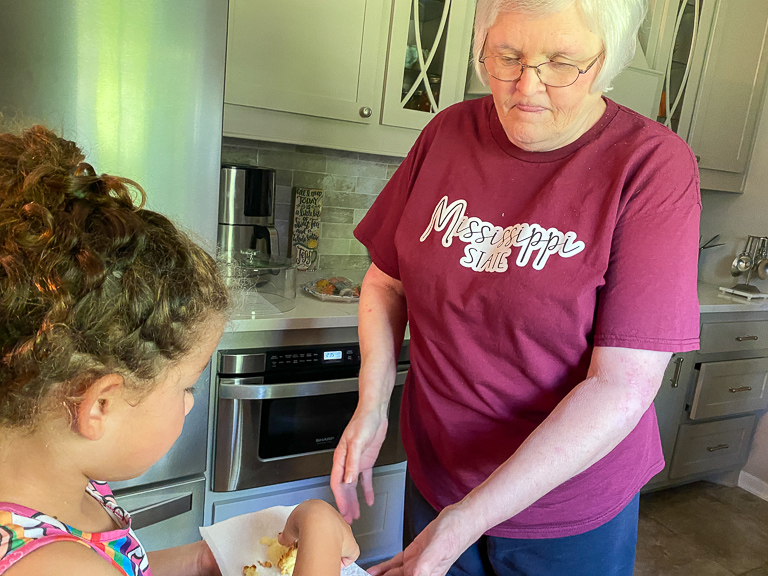 And why stop with 1 cake. There's a chocolate pudding cake in the fridge. Want strawberries on that? What about whipped cream? It would be difficult to diet around here. 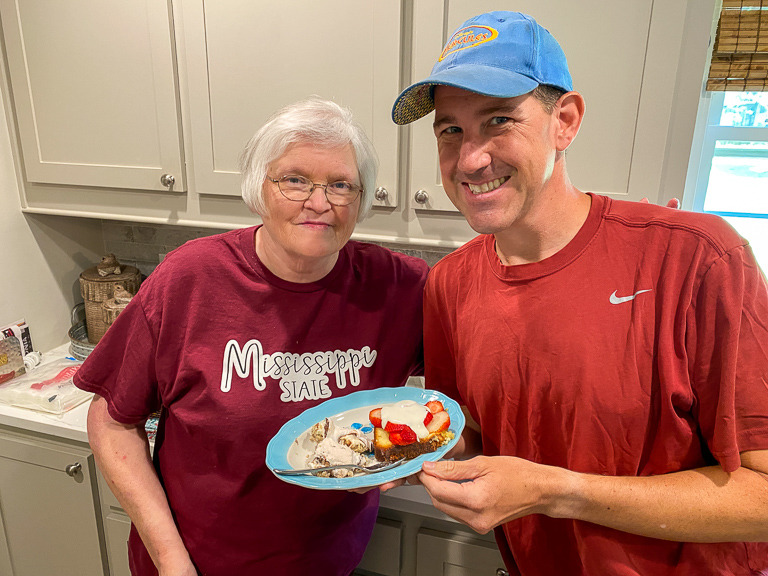 Since it's a relatively nice day out today, we went out to see the beautiful back yard. Gone are the days of swing sets and sandboxes. Now there's a beautiful shaded patio and lots of green growing things everywhere. 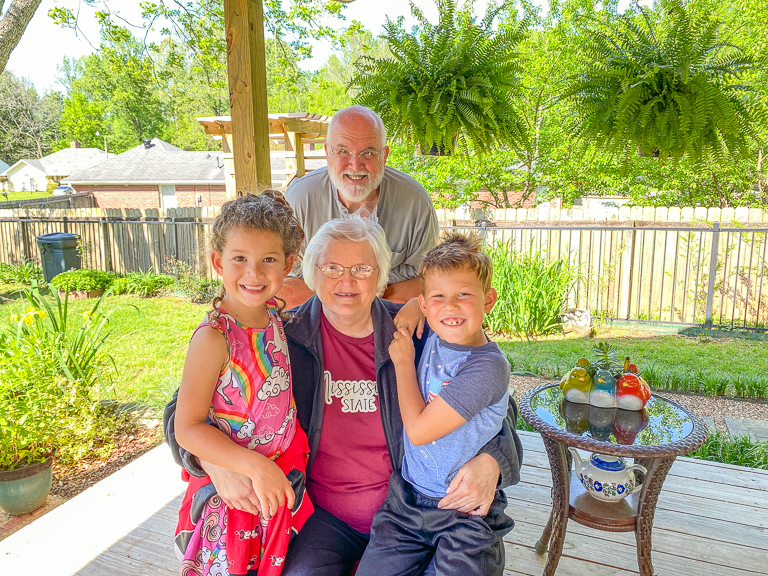 They bought the kids a toy that's small enough to go in the RV. A little drone that senses you underneath it and adds a little more power to go higher. You can kind of direct it around the yard. It would probably work indoors okay too. 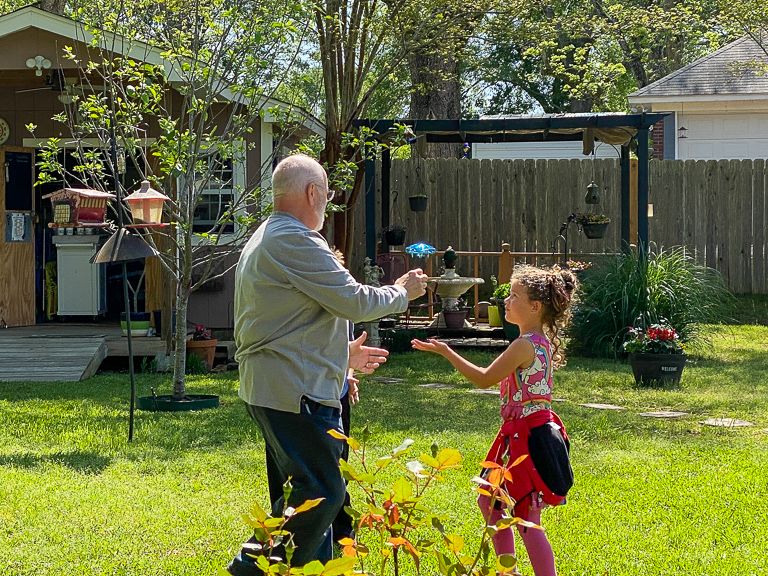 Seeing all the bird feeders, Ian suggested that they make their own. He remembers coating pinecones in peanut butter and bird seed with Gram in Colorado and hanging it in the trees. There's no pinecones here, but Uncle Gary found some popsicle sticks, peanut butter, and bird seed, and together they made a few treats for the birds to enjoy. 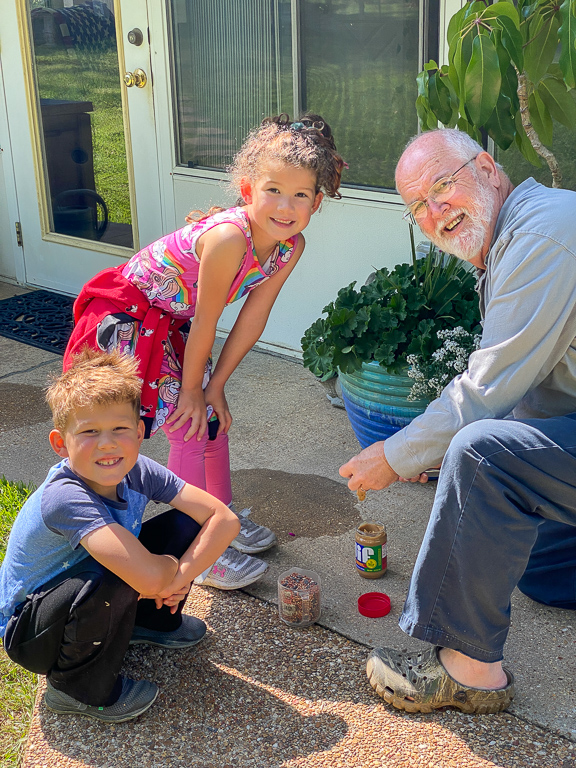 Show us how Ian. 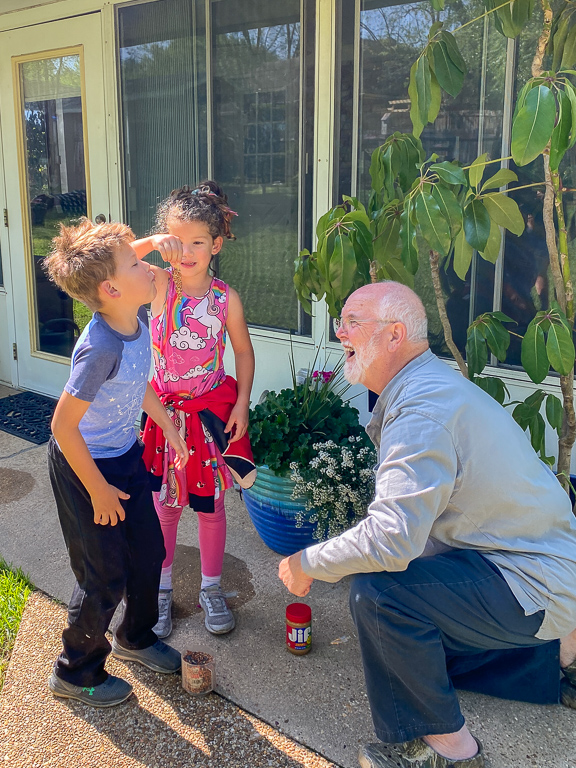 Along with squirrels, there were also some colorful lizards in the backyard. It's all the way on that back fence, but Ian is starting his "sneaking" super early. Sadly they had no luck catching one. 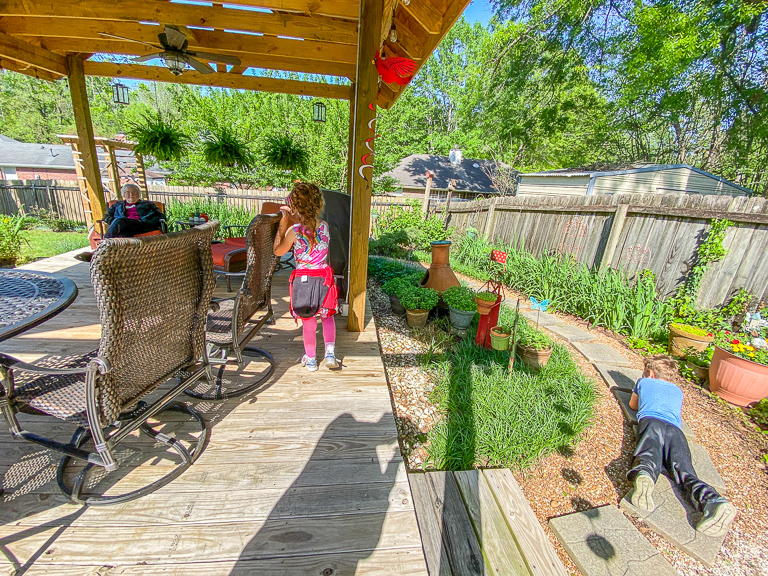 What other games have you got?
Do you like Uno?
Boy do we!
What about Uno Dare?
Never played it! Let's try it! 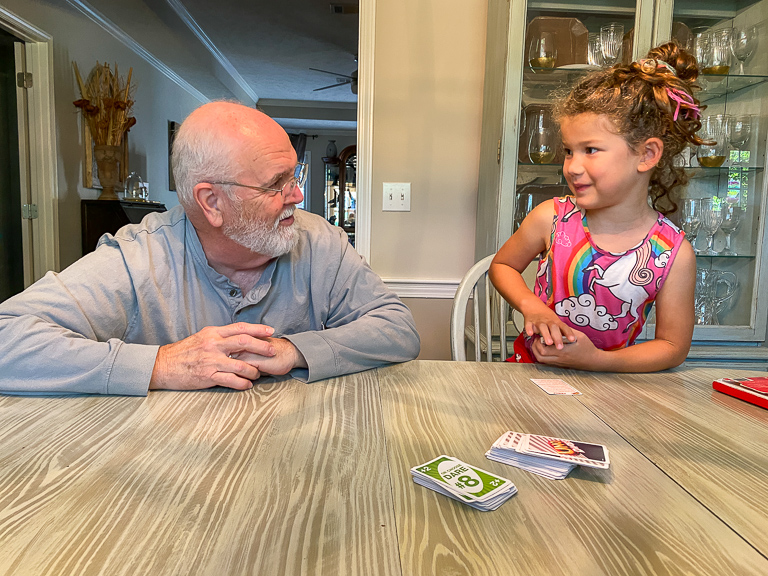 In Uno Dare, you can avoid drawing cards if you do something silly. Like putting a foot over your head for an entire turn, hopping around the table with a card between your legs, or talking like a baby.
When Uncle Gary acted like a cartoon character, he even grabbed a prop carrot and said "What's up Doc?" The kids had no clue who he was. I guess Bugs Bunny isn't all that much of an influence on their generation. 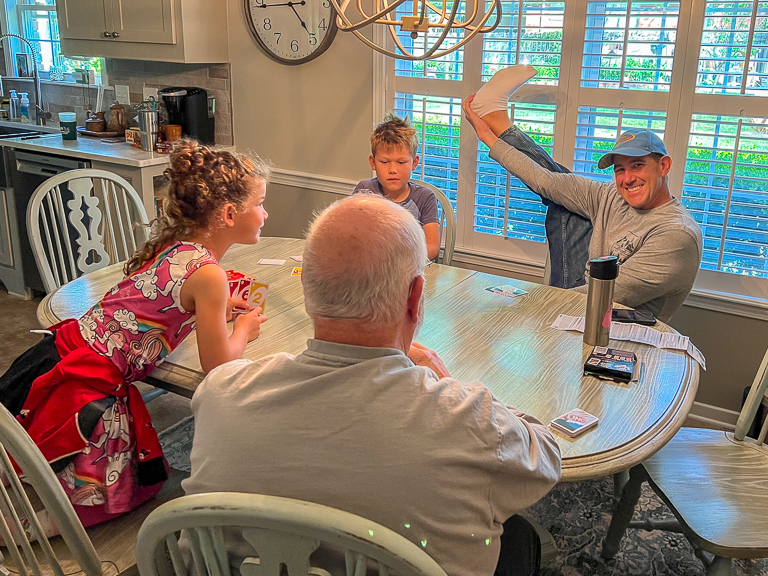 Alli can be ruthless. She's been called an Uno Shark and she's always thinking. She only had one card left, about ready to go out. Uncle Gary was right after her, and laid down a Wild Card. He asked her what color she liked and she replied yellow. Uncle Gary said "okay, let's make it red then". When it got to her, she put down her single red card that she was holding the whole time and went out. Uncle Gary was bewildered. There's some next level strategy you don't usually see from a 6 year old. 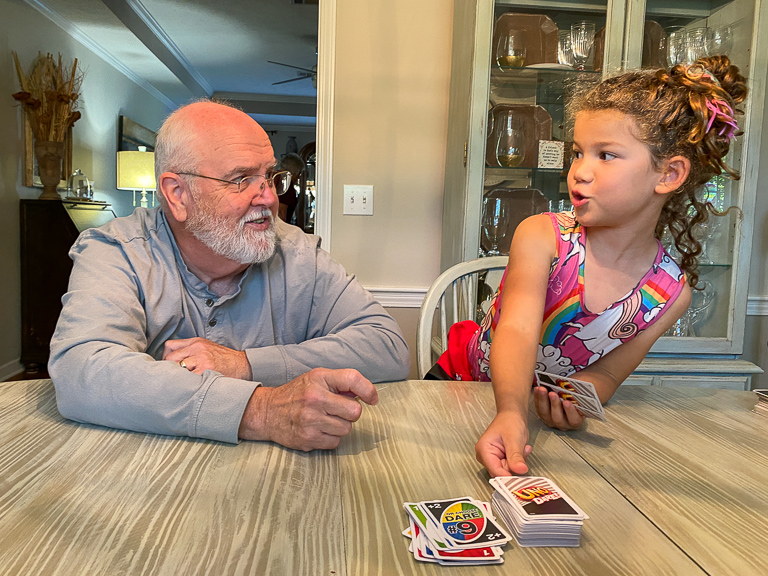 For dinner, my cousin Sharon and her whole family joined us. Aunt Donna and Uncle Gary ordered way too much (in a good way) bbq from Sonny's BBQ nearby. Ribs, pulled pork, beans, mac and cheese, plus rolls. Definitely not going hungry tonight. 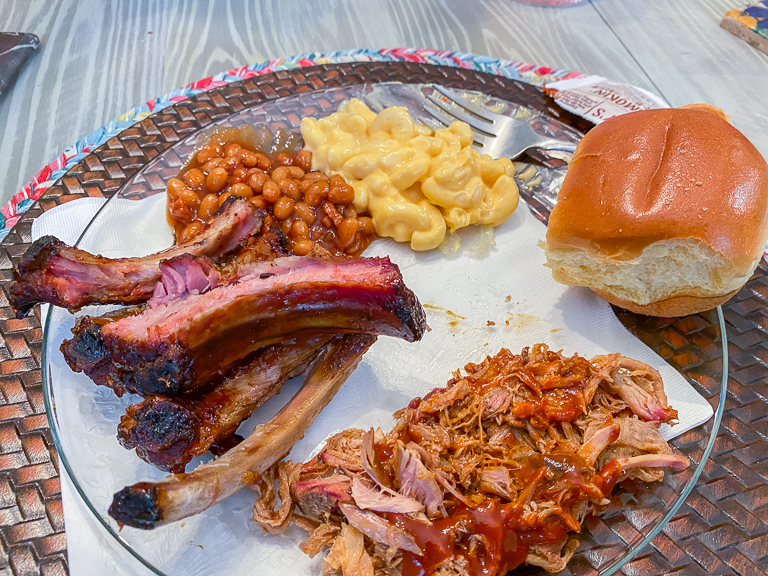 Afterwards, what else should we do but play more table games. Uno Attack is new to us too! Instead of having to Draw 2 or Draw 4, you have to press the button on the Uno Attack and it will spit out a random number of cards. Could be zero, or you could get unlucky like me and have a whole pile! 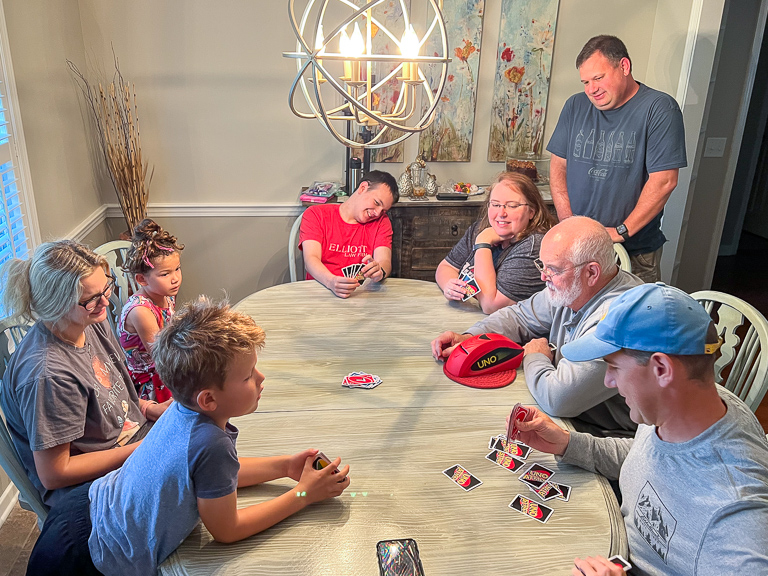 It's fun because there's also self-made Wild cards that can really change up the game. Like "Every swap hands" or "Collect all the hands, reshuffle, and deal". Someone might think they're about to go out, and then this changes everything. 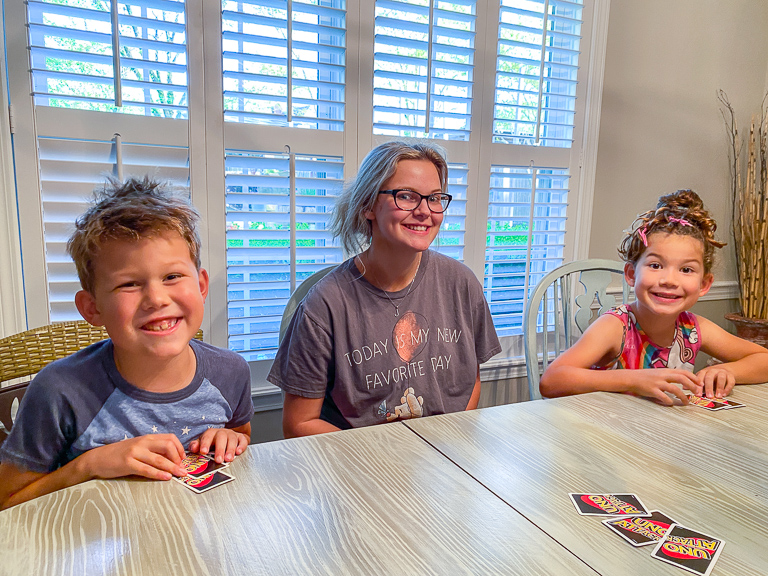 We all had a fun time hanging out together.
It was great visiting with everybody and catching up. We're friends on social media, but there's just no substitute for getting together in person and hanging out. I hope we can see a lot more of everyone in the years to come. 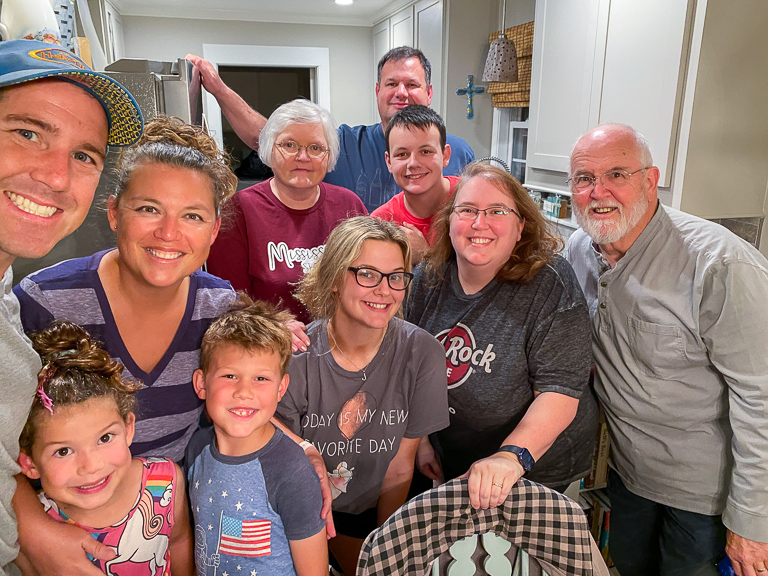