Today we're doing another soda taste test and I'm excited for this one. My brother Patrick brought me this one when we were in Colorado. 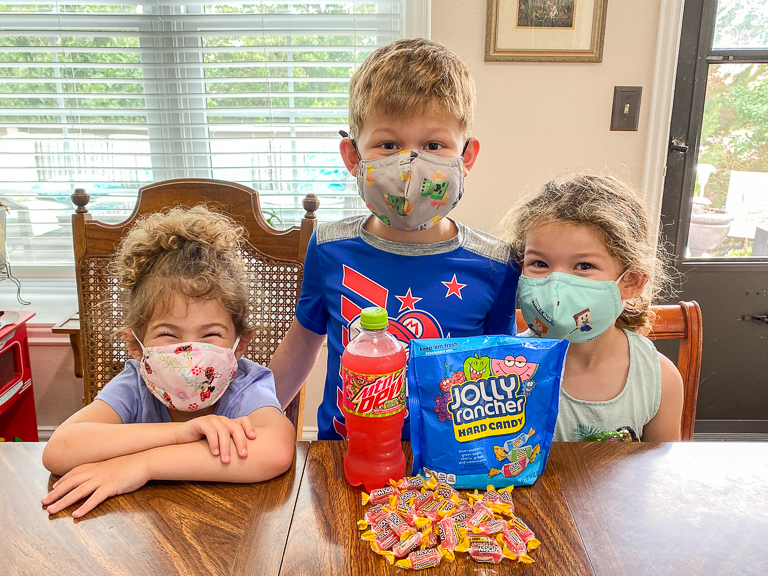 And I had heard from others that this soda tastes a lot like the Jolly Rancher Watermelon Hard Candy. We're going to compare the two today. 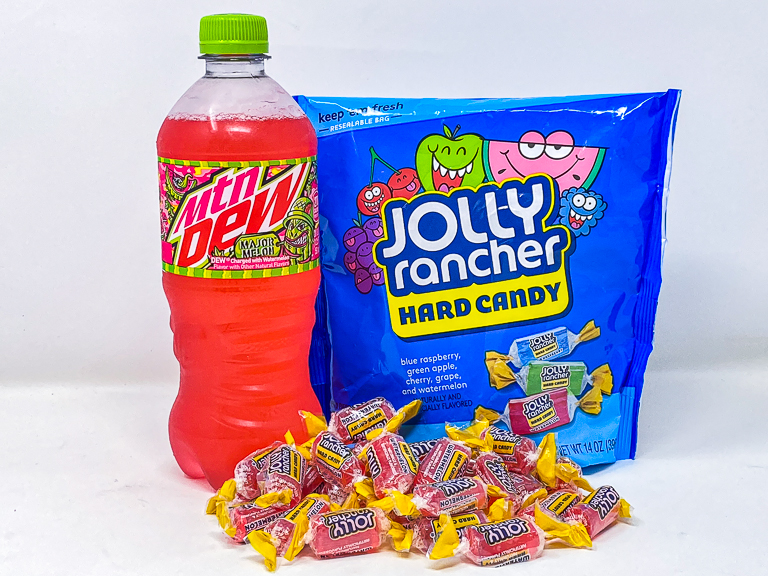 The label shows that Major Melon has definitely seen some action. With slices taken out of him showing up as scars, he's a pretty tough character. 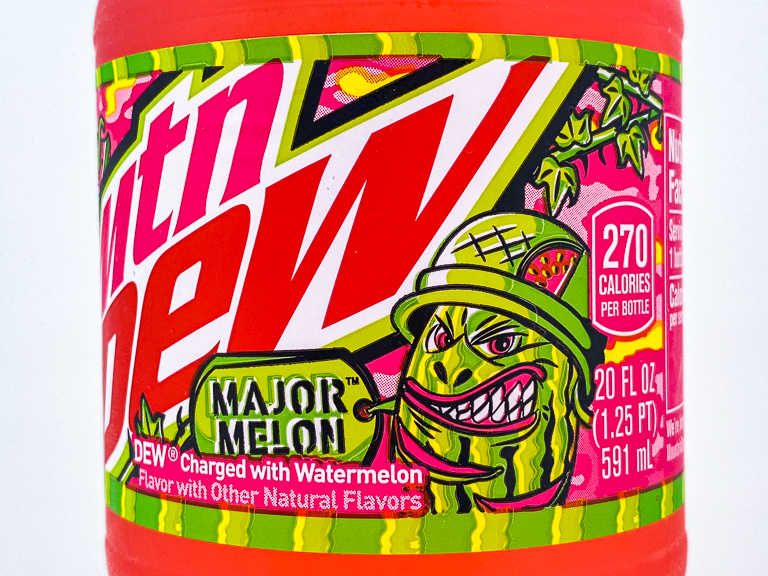 And he needs to be! He's up against these other watermelon slices with wicked green tongues and rows of sharp teeth. 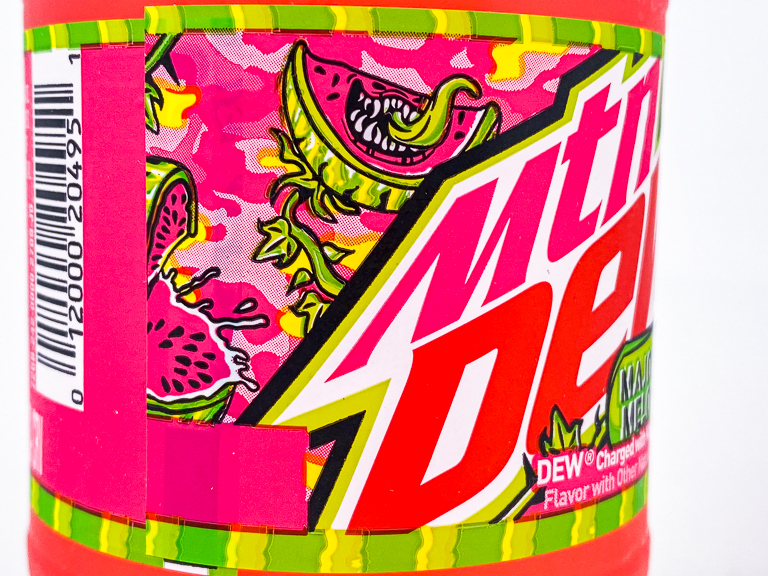 I was a little worried about buying a multipack of flavors of Jolly Ranchers. The random assortment might work against me and only leave me with 2 Watermelons in the entire pack. 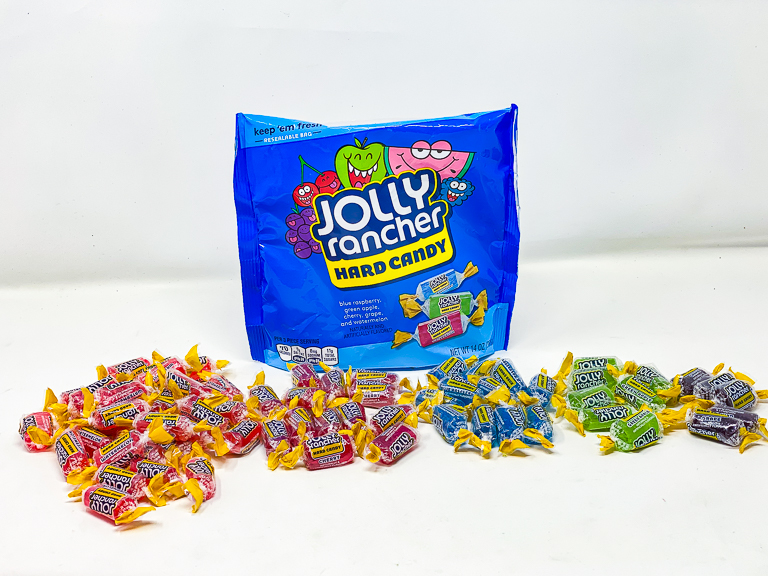 Alli offered to help me count them all. Final results are:
Watermelon - 30
Cherry - 13
Blue Raspberry - 11
Green Apple - 7
Grape - 5
I'm glad we're not doing a Grape Jolly Rancher taste test. Looks like I'll have plenty of watermelons to sample against, but that's a pretty big disparity between Watermelon and Grape. 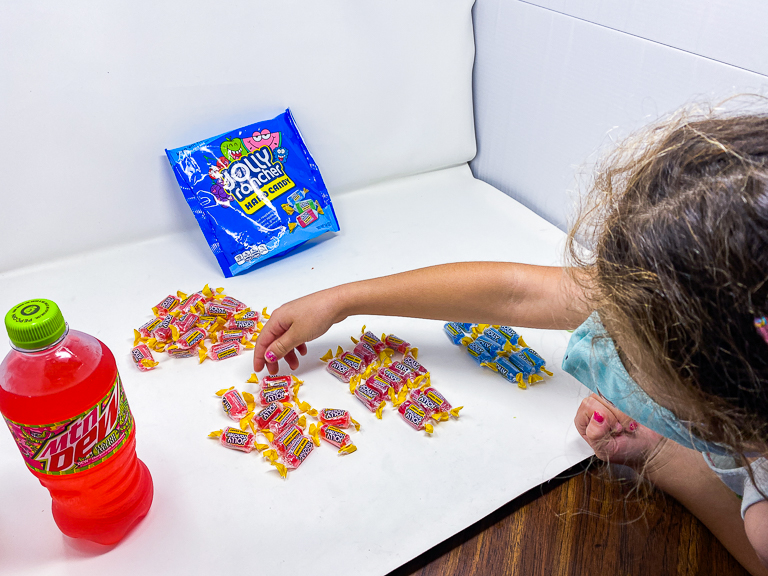 Not wanting to give the kids whole pieces of candy, I busted them up a pair of pliers. 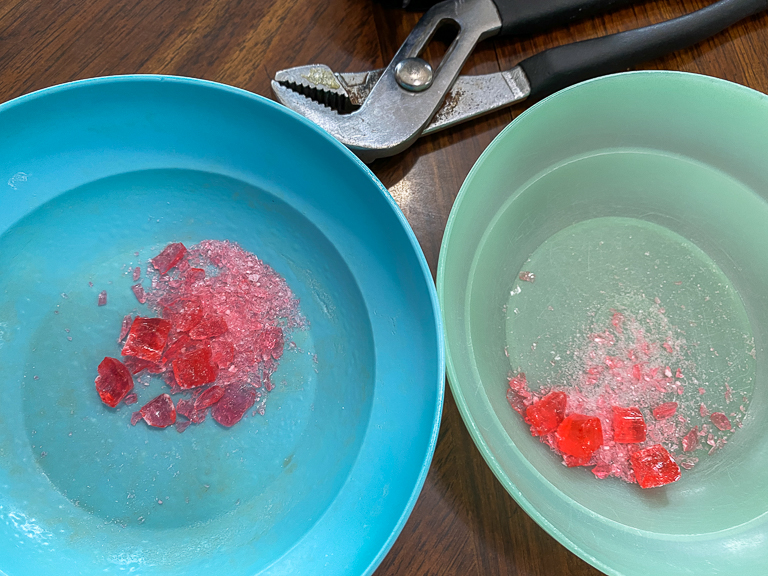 And poured three small cups of soda for them. I know Alli likes it because it's pink. 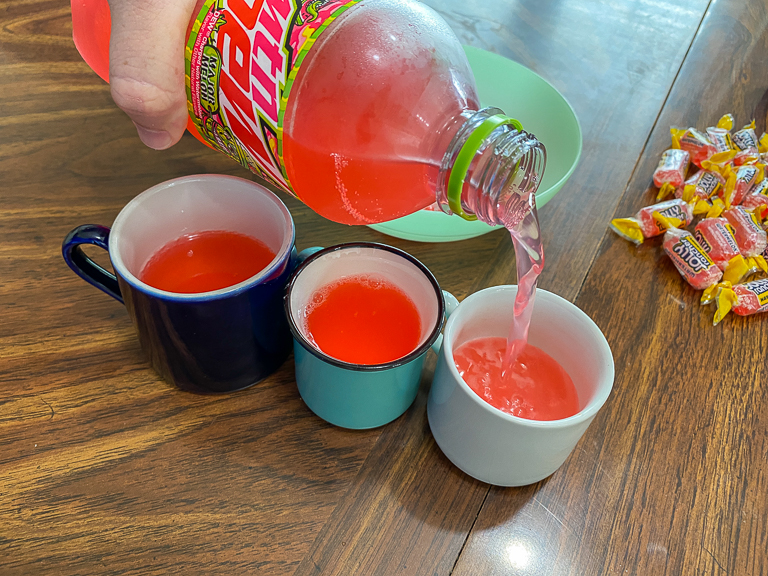 And Avery likes it because it's candy. 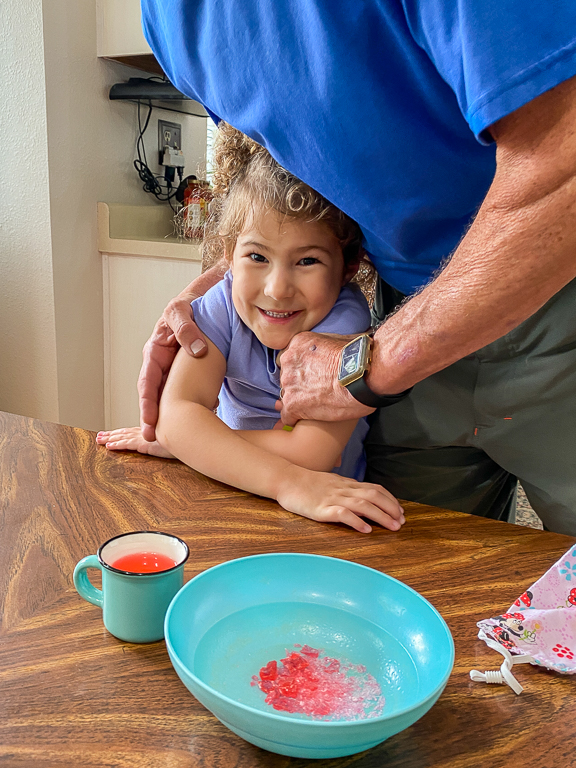 The kids approve on both the soda and the candy.
I thought the soda was pretty great, and a good representation of watermelon soda. It's not as good as what I remember Epcot being, but since I can't get that anymore this will have to do.
Patrick and I also agree that it doesn't quite taste like Jolly Rancher Watermelon though. Patrick thought maybe Sour Patch Kids Watermelon, and I'm going to agree with that. 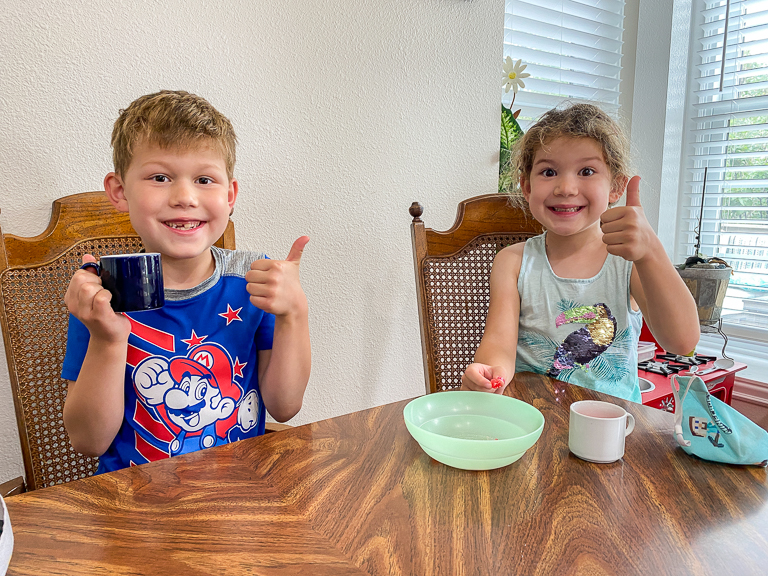 Thumbs up from Avery too. 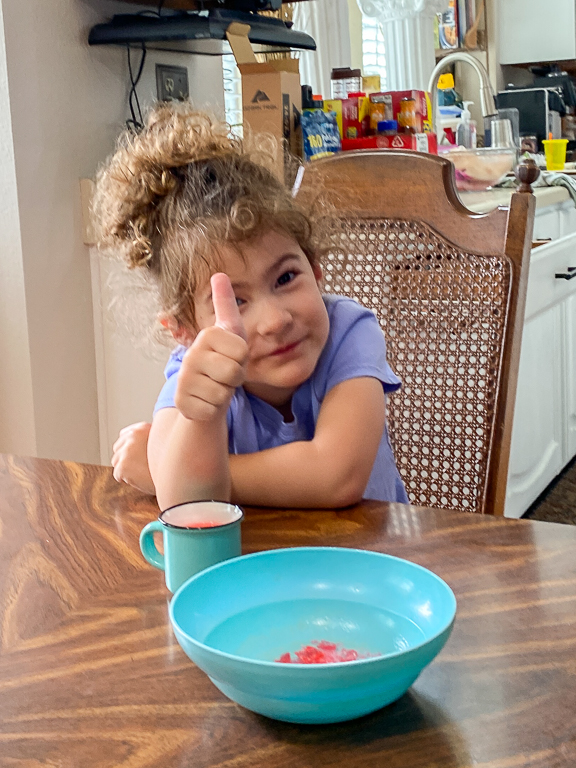 The crushed up candy is great to lick off the end of a finger too! 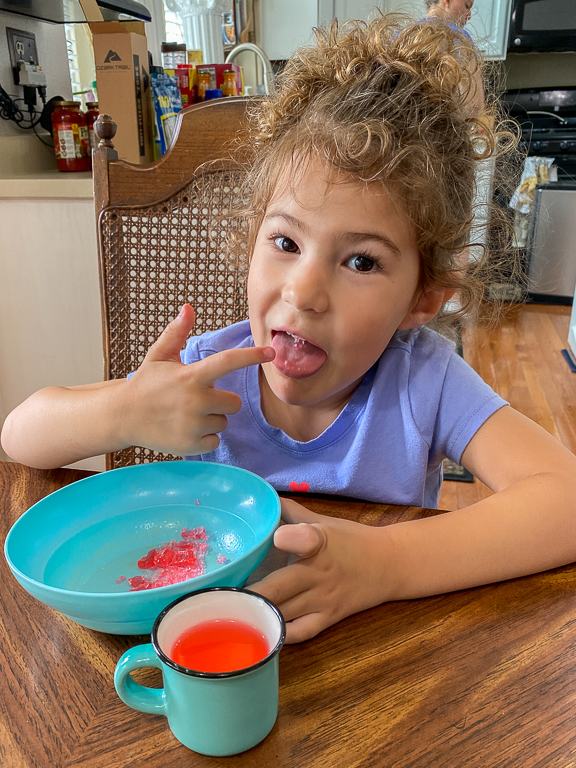