Today we're making buttermilk biscuits! I've made them a few times and the kids just love them. They told me that the next time I make them that they wanted to help out. I told them I'd do them one better and that they could do it themselves! 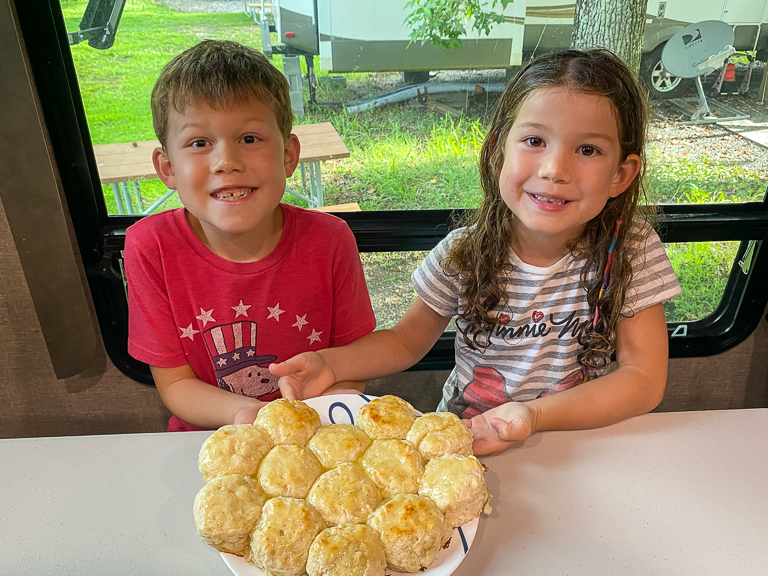 I gathered the ingredients for them and got them all set up at the kitchen table for them to work. 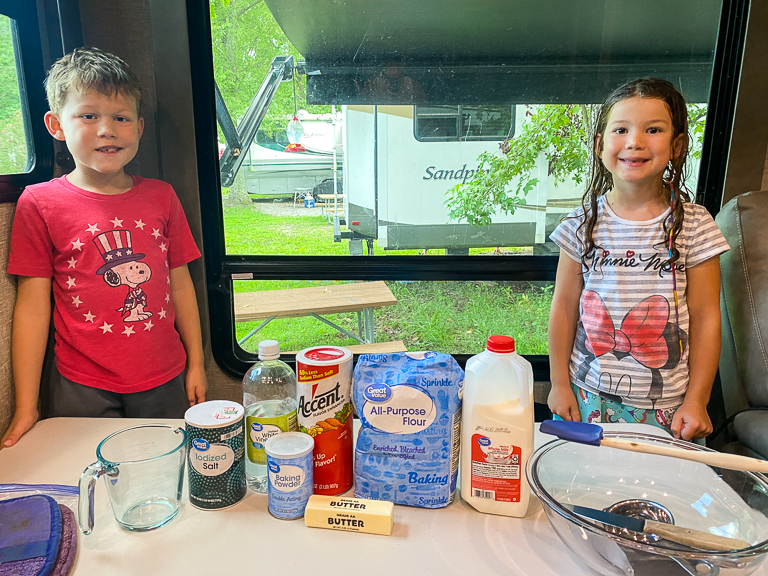 We don't have buttermilk, but we can fake it. Just a couple teaspoons of vinegar along with a cup of milk. They let that sit for a few minutes while they got the rest of the ingredients together. 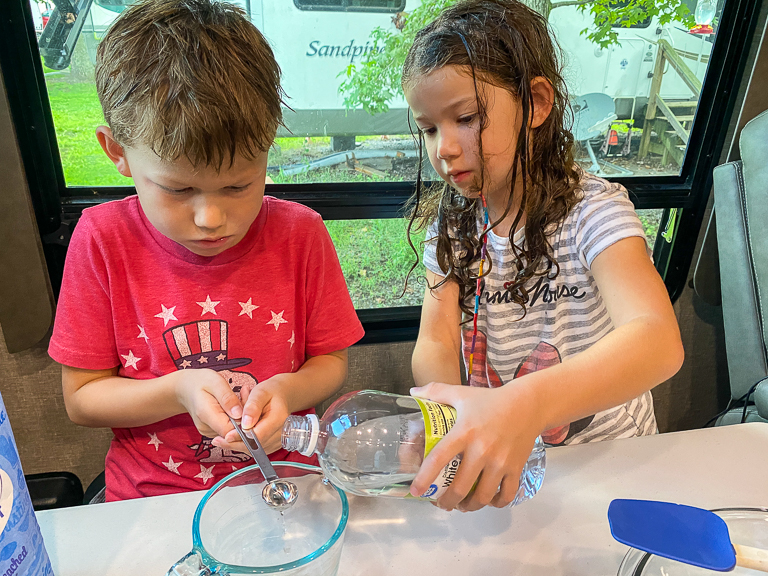 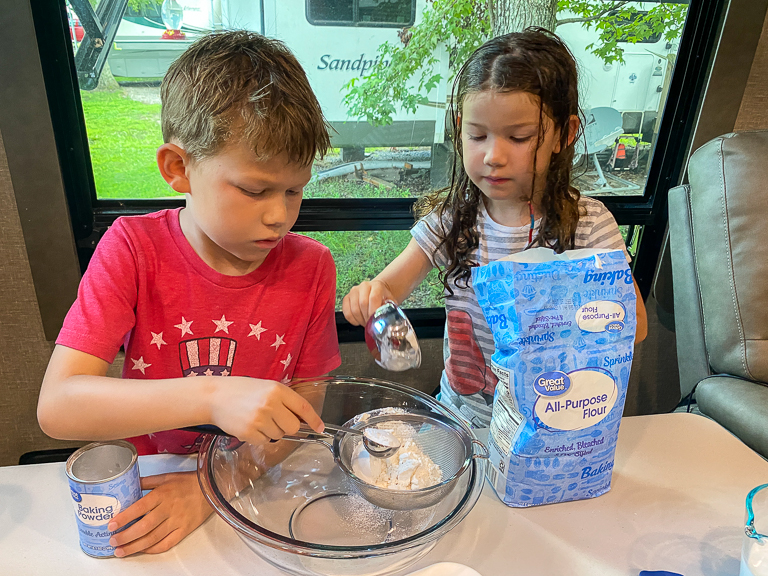 We're going for light and tender biscuits, so we sift the flour. 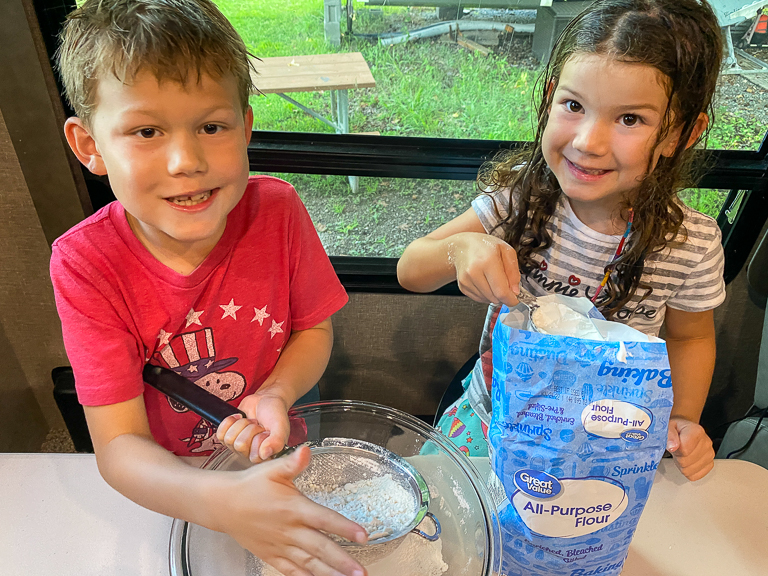 I cut up a stick of frozen butter, and both kids used the pastry cutter to make flour coated butter pieces about as big as a pea. 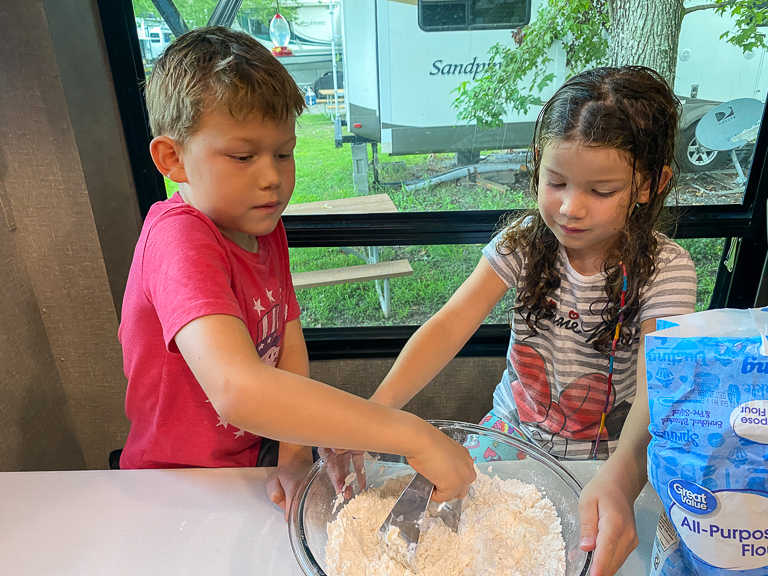 Then they made a well in the center and poured in the milk. 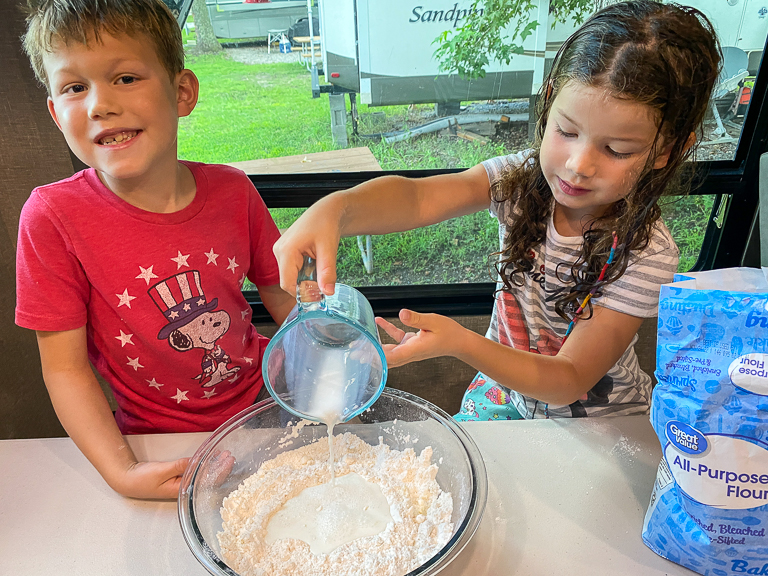 You've got to be gentle with it now. We don't want to stir it too much. This will be lumpy when we're done. 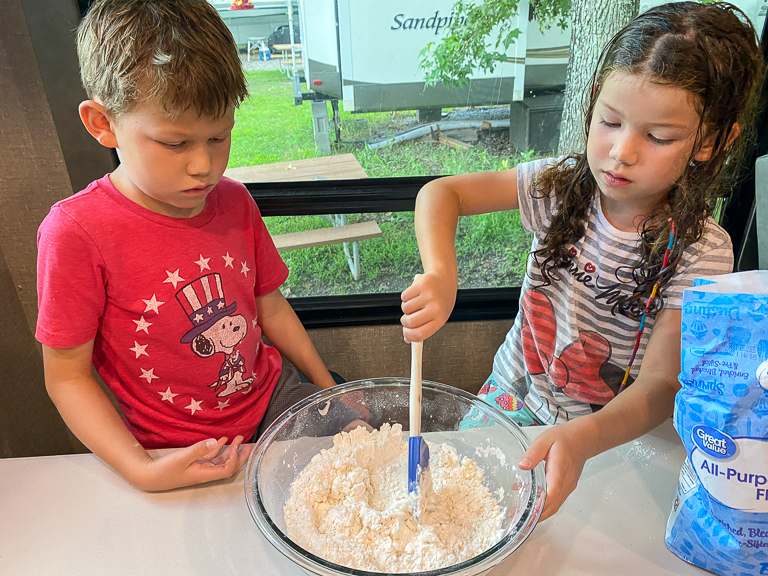 Just enough to bring it all together. 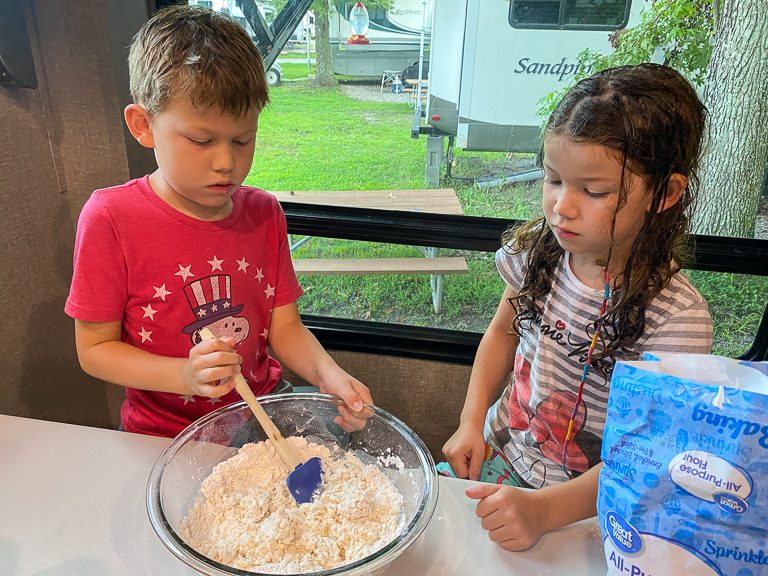 They floured the table, dumped the dough on the table, and used their hands to press it flat. After Ian gently pressed it flat, he folded it in on itself and passed it off to Alli. Alli took her turn doing the same thing. We're making layers of dough. 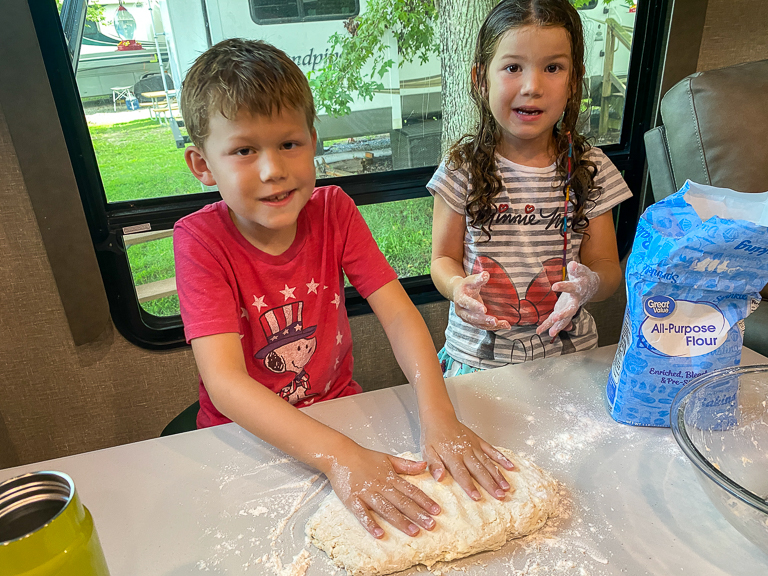 Finally I took my turn to get it just the right thickness for baking. 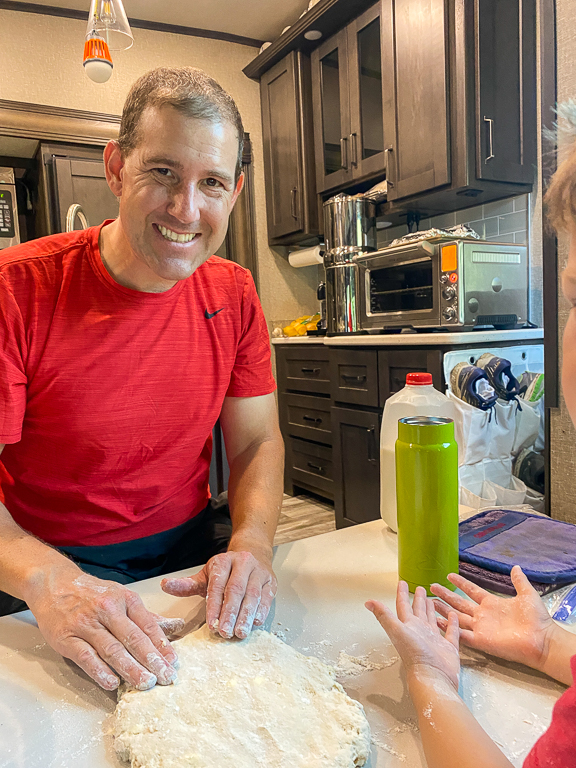 A cookie cutter didn't make it into the RV packing list, so we make do with what we have. A thermos can double as a cookie cutter if we want it to. Alli cut out a few biscuits first. 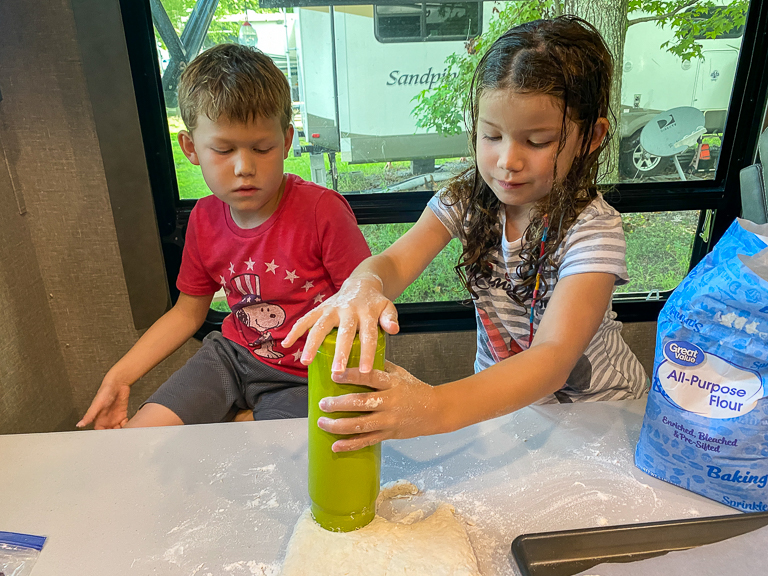 Then Ian cut out a few more. 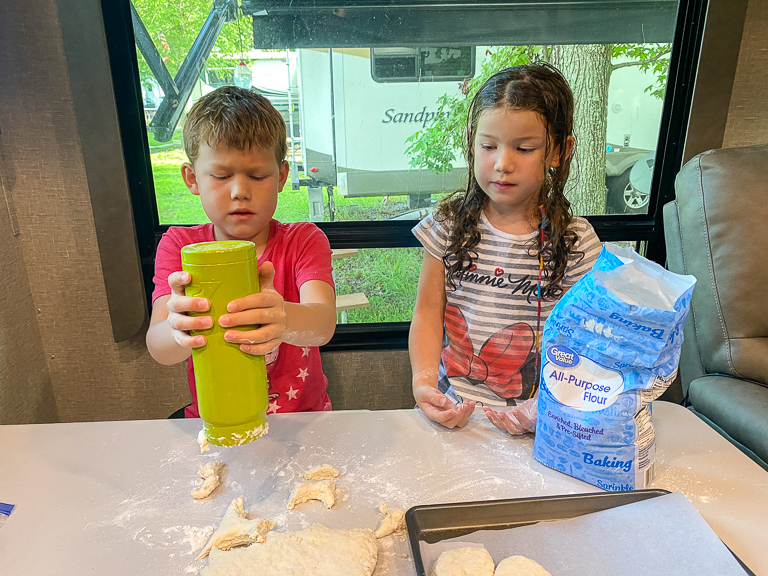 Perfect! Now spoon a little milk on top and spread it around. 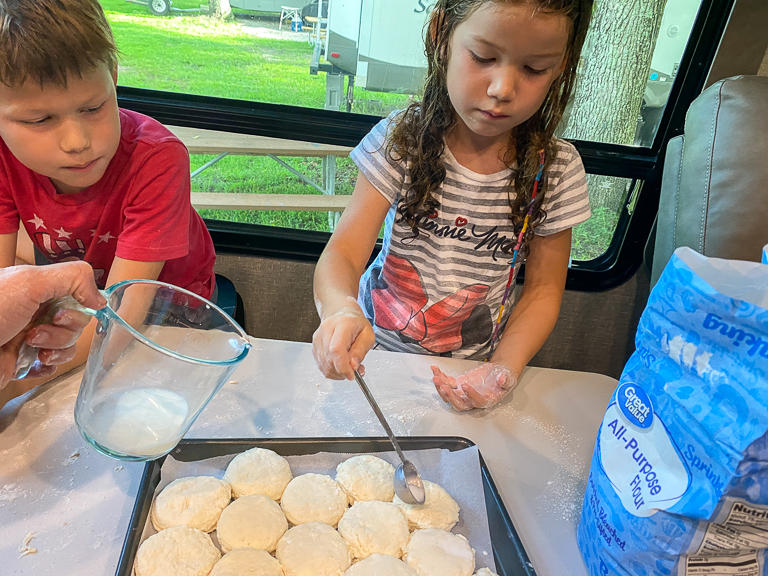 These will cook up nicely. 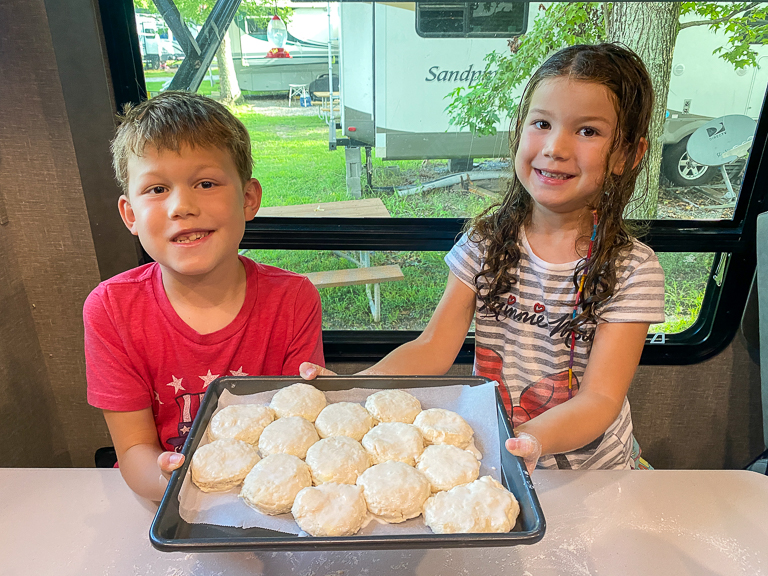 They look delicious! After baking, they spread a honey and melted butter mixture of the tops of them. 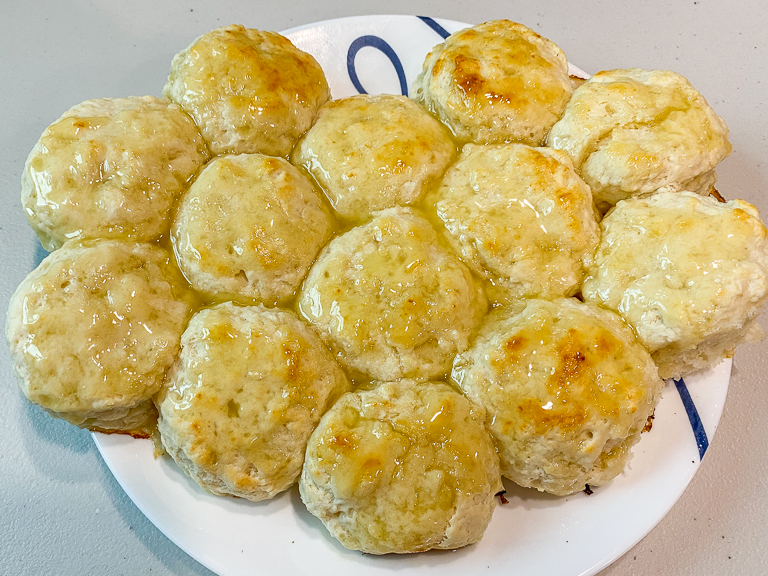 I think ribs would be a great accompaniment to these biscuits. It's my first time making ribs in the RV, and they turned out beautifully. I don't have the grill to add some BBQ smoke to it, but these spent 4 hours in my toaster oven wrapped in foil and they are fall-off-the-bone tender. 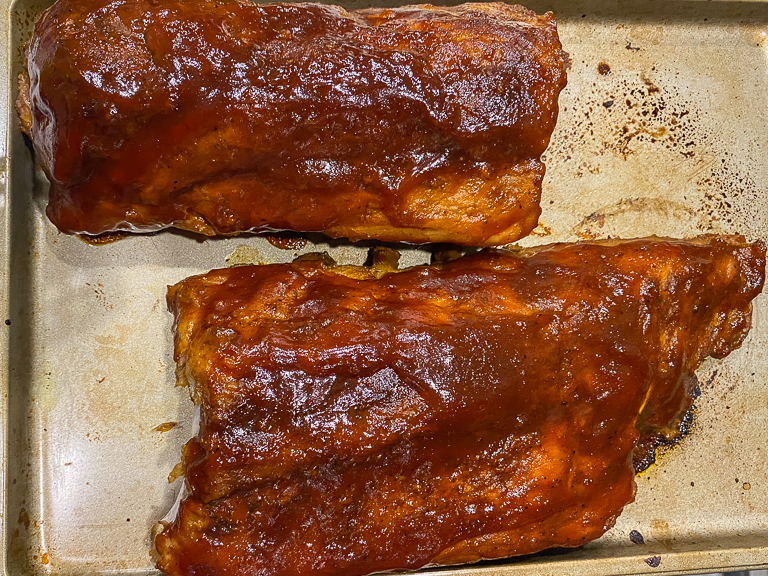 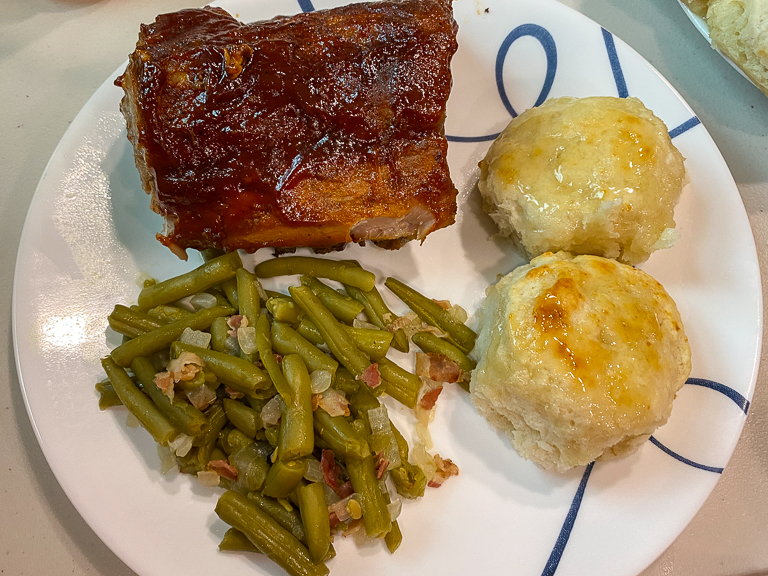 And that's a good looking biscuit! 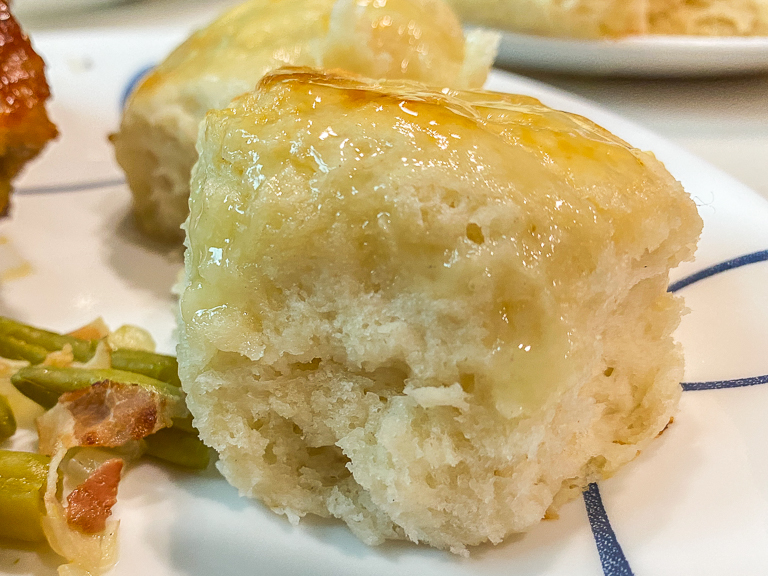 Alli - It's just a good flavor and texture! 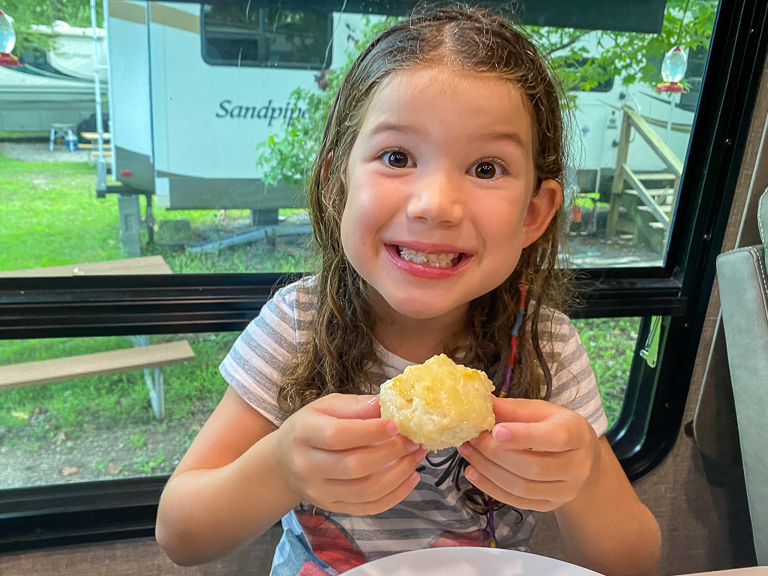 Ian - Oh my goodness, these are so yummy!
Kids, you did a great job! And now they said that they'd help make biscuits whenever we have them again! 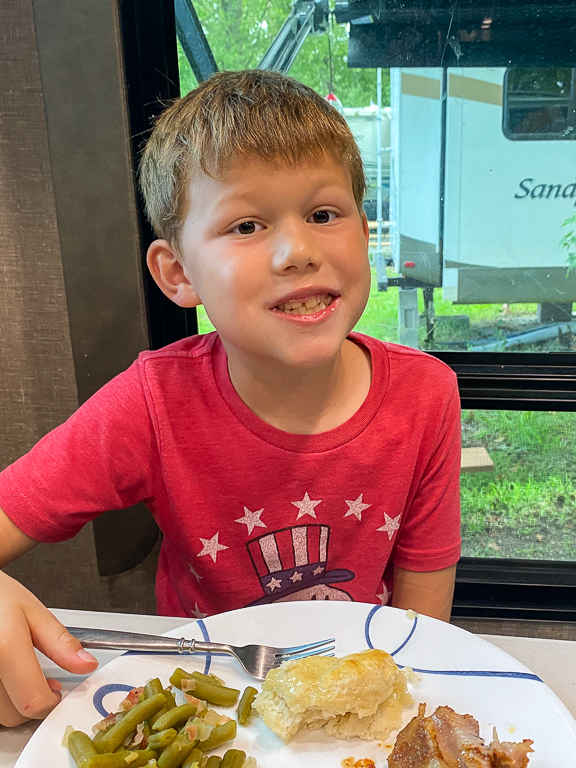