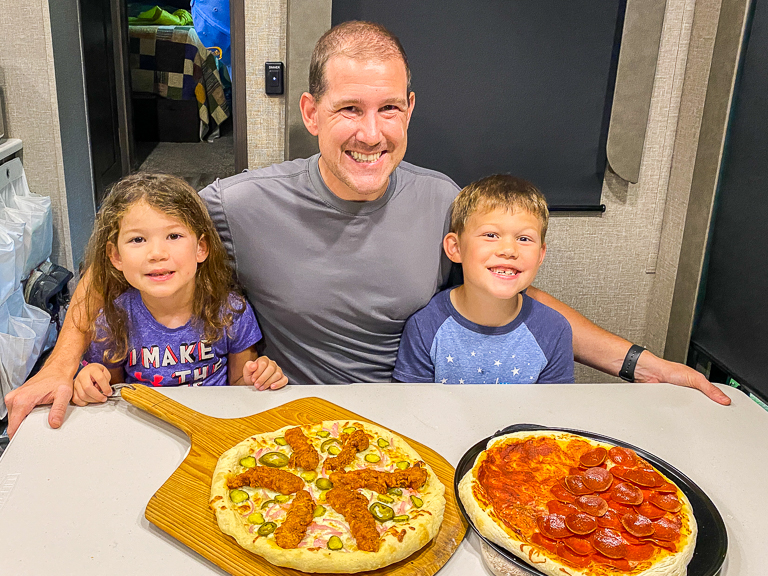 As far as toppings go, of course there will be Nashville Hot Chicken, but some of the accompanying flavors can be just as important to give it that complete taste experience. I'll be adding pickles, jalapenos, and pickled red onions. Instead of buying pickled onion, I'll be making my own! This is a first for me! 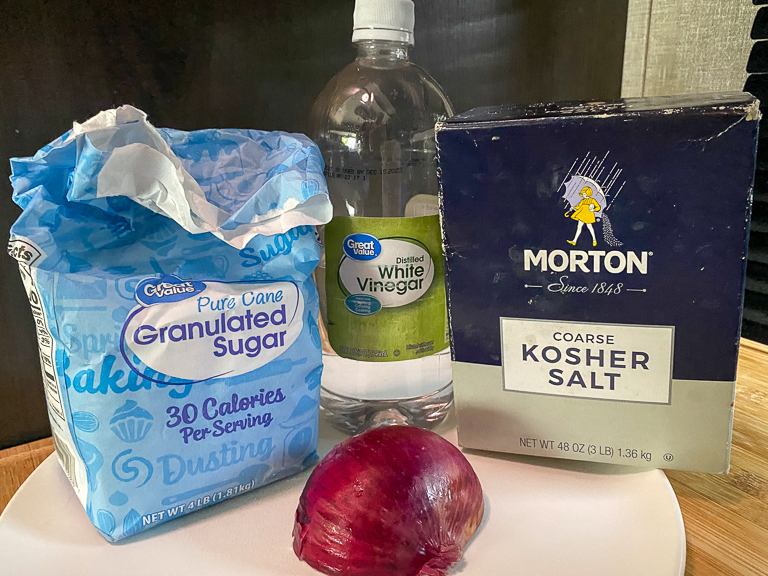 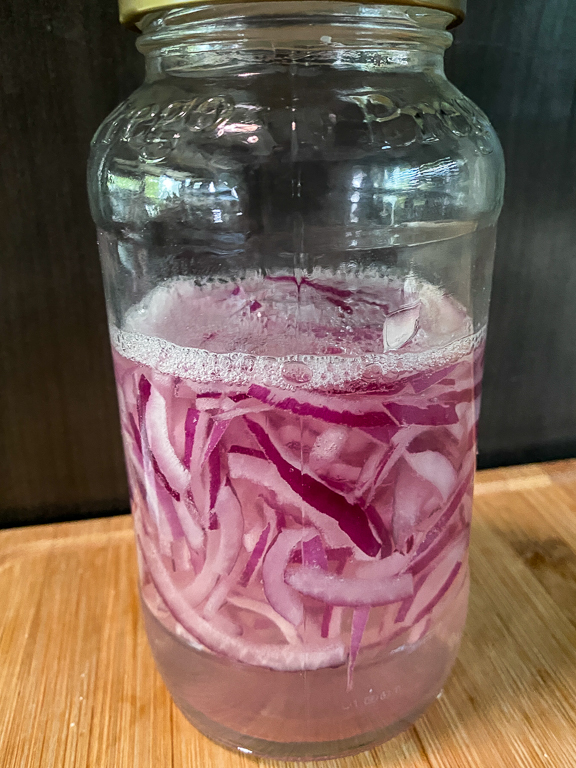 After sitting out at room temperature for a couple days, this is the final result. 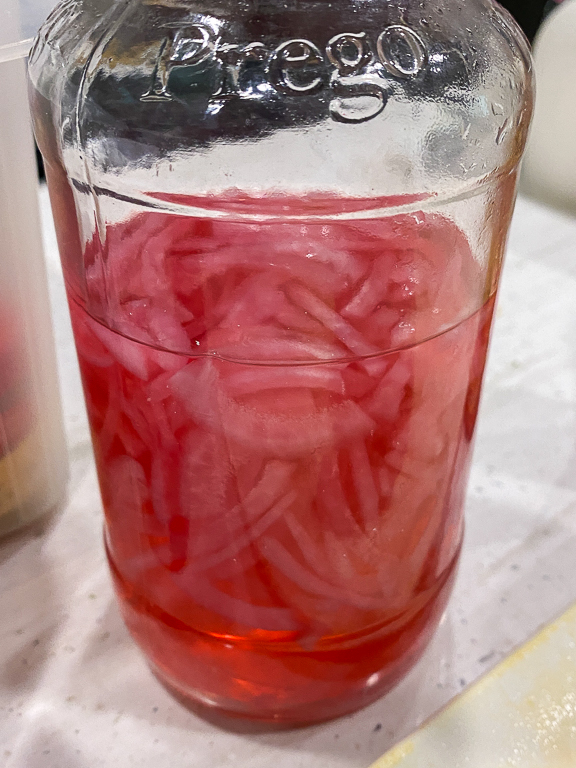 My pizza dough loves the climate. 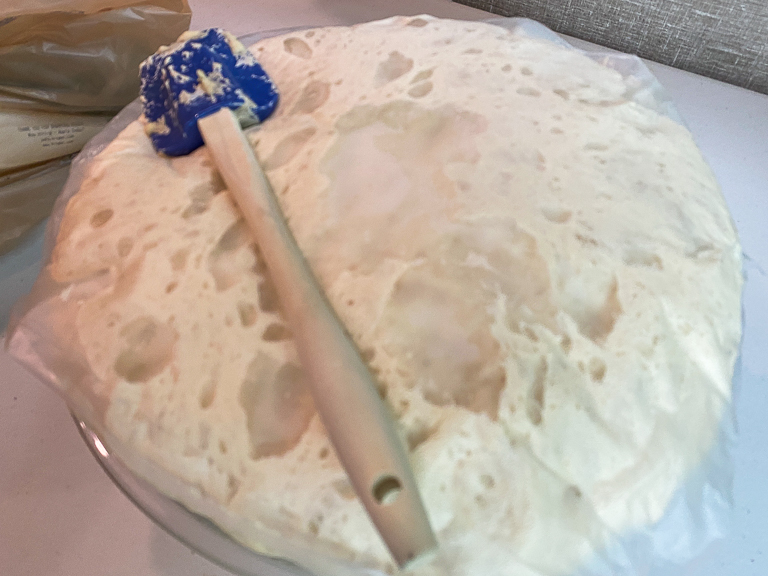 I prepped my chicken with salt, pepper, and a generous helping of Cholula sauce. 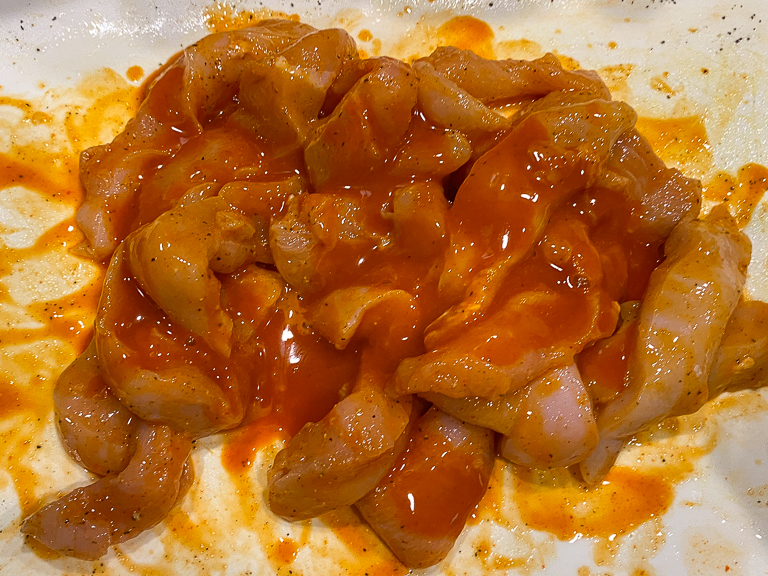 My flour mixture is a combination of cayenne pepper, garlic powder, and kosher salt. I've also got an egg wash of milk and egg. 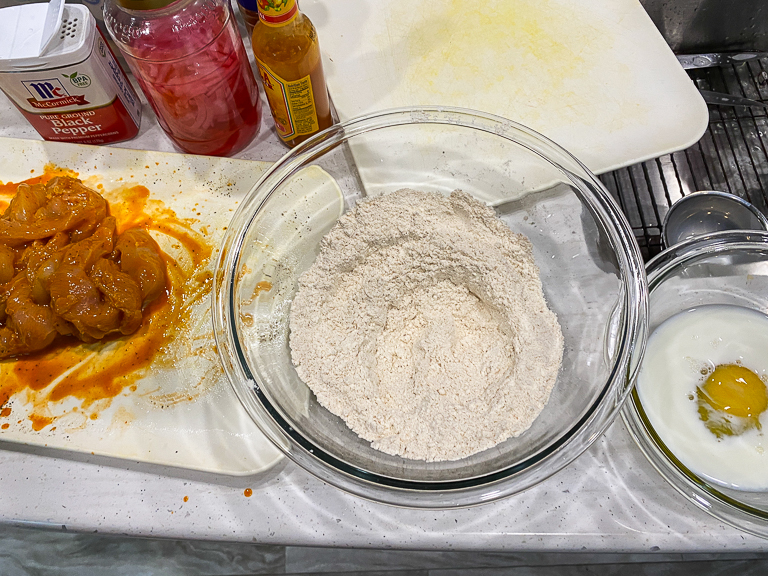 First, the wet chicken strips are dredged in flour, then dunked in the egg wash. They're dipped a second time in the flour mixture, which is going to make them extra crispy. 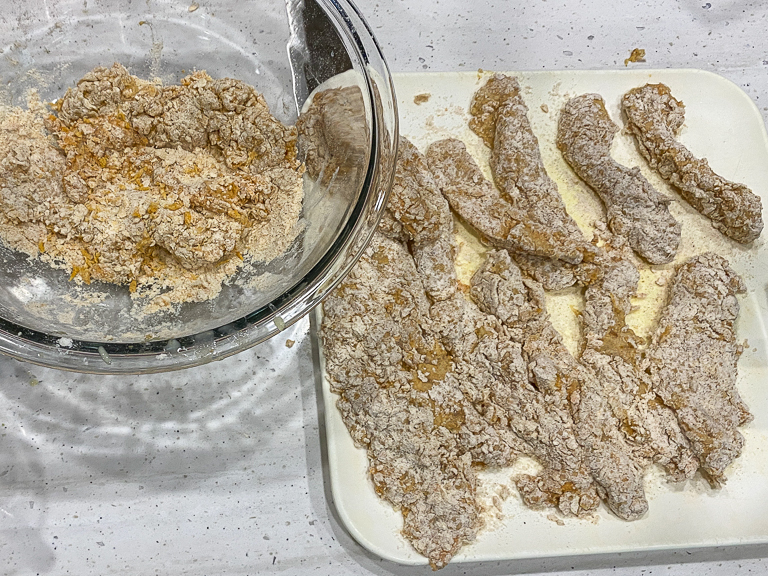 They cooked in 300F oil for about 5 minutes. 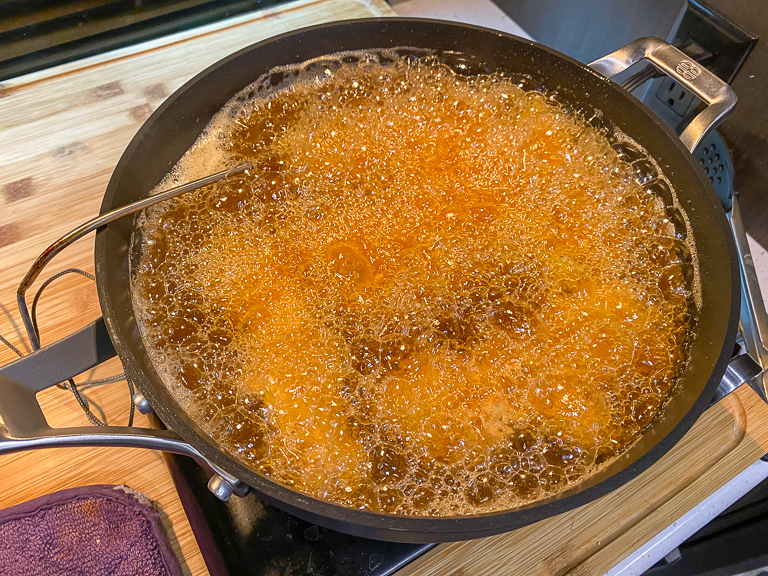 The result are these beautifully crispy chicken strips. I almost feel bad putting hot sauce on them. 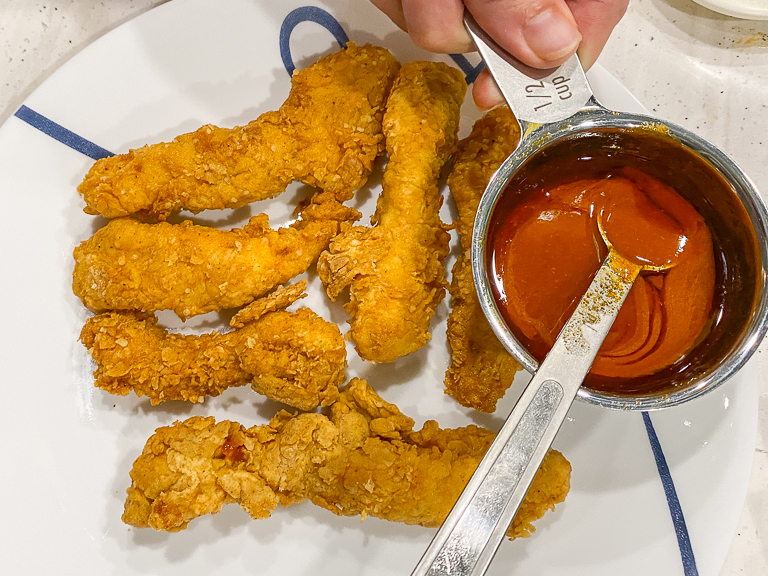 But it wouldn't be Nashville Hot Chicken if it wasn't drenched in an oily hot sauce. Following a recipe, I mixed together 1/4 cup of oil, paprika, cayenne, salt, and brown sugar. I poured it over a couple of them, tasted it, and hated the result. Theresa tried it and was similarly disappointed with the flavor. 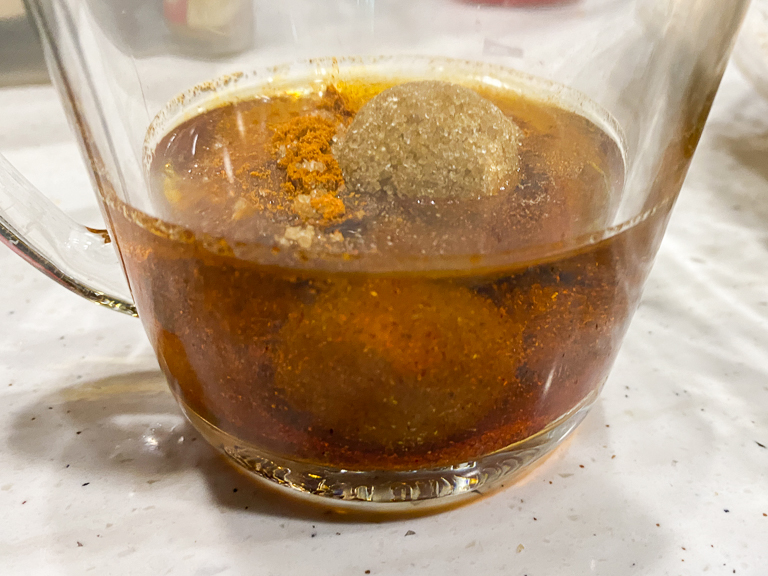 Instead I took a little bit of the oil from the top of that mixture and mixed it with a bit more Cholula. It looks and smells exactly like what I'm looking for. 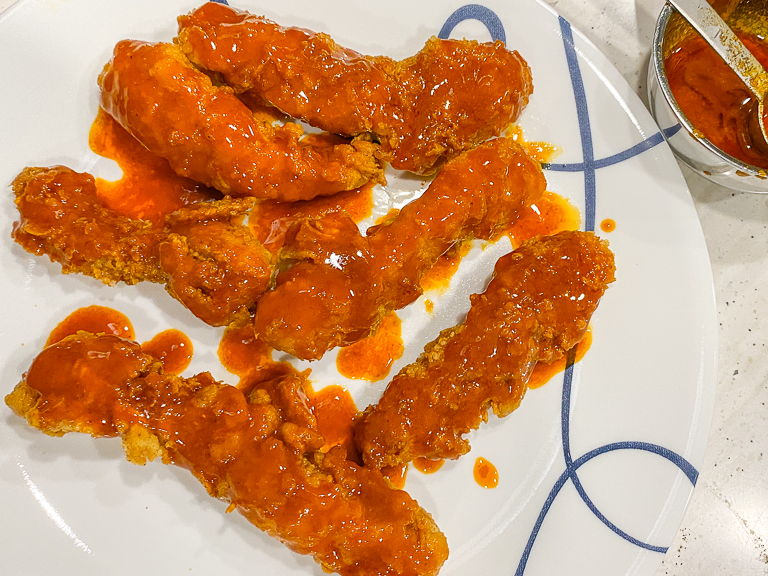 I made up my pizza dough like normal. For this pizza there will be no sauce. Just oil as a base. 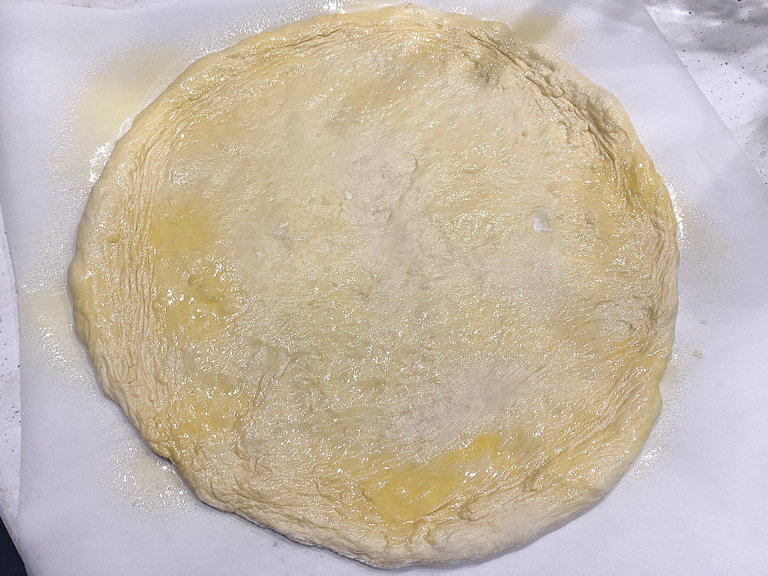 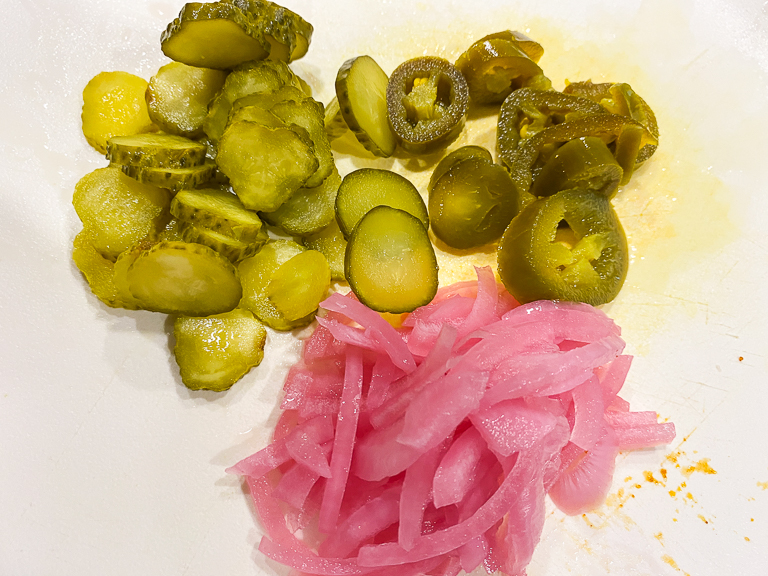 On my pizza I put down a layer of mozzarella cheese, and then my veggie toppings. 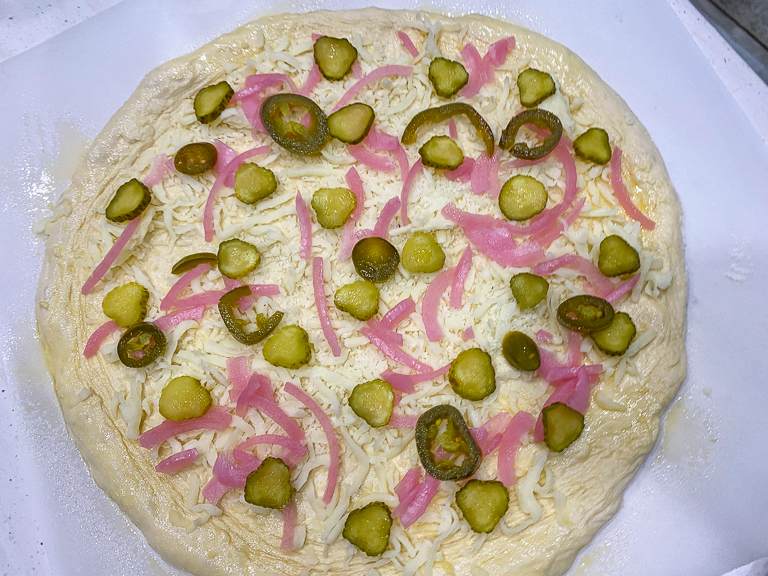 Then put my hot chicken strips on top. 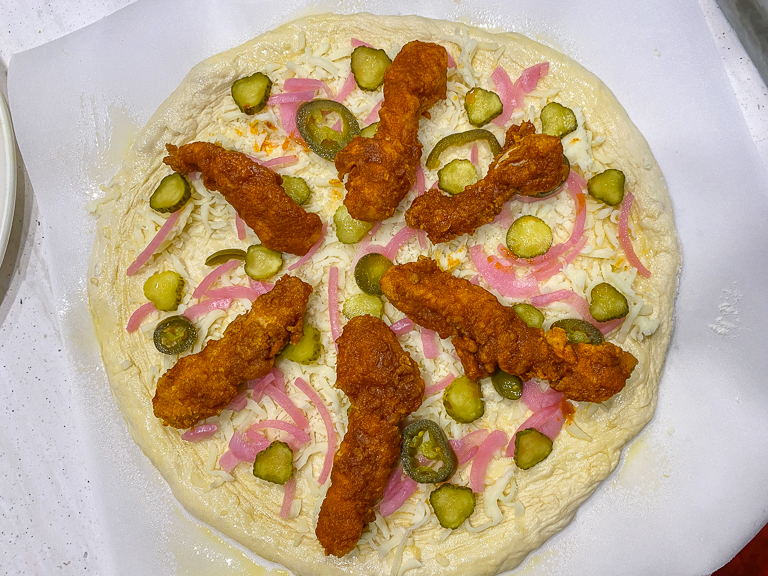 That all went into the pizza oven for about 12 minutes at 480F. It came out looking great! 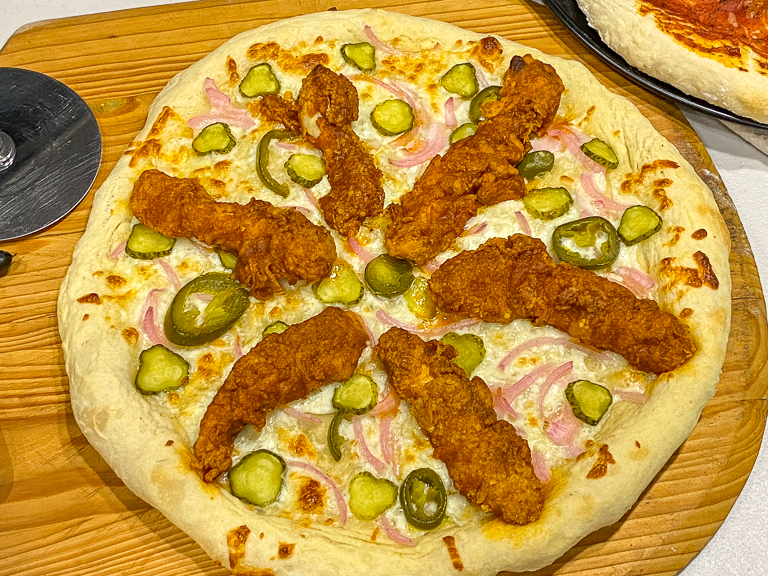 And Ian was very happy to see that I made a pepperoni pizza too. 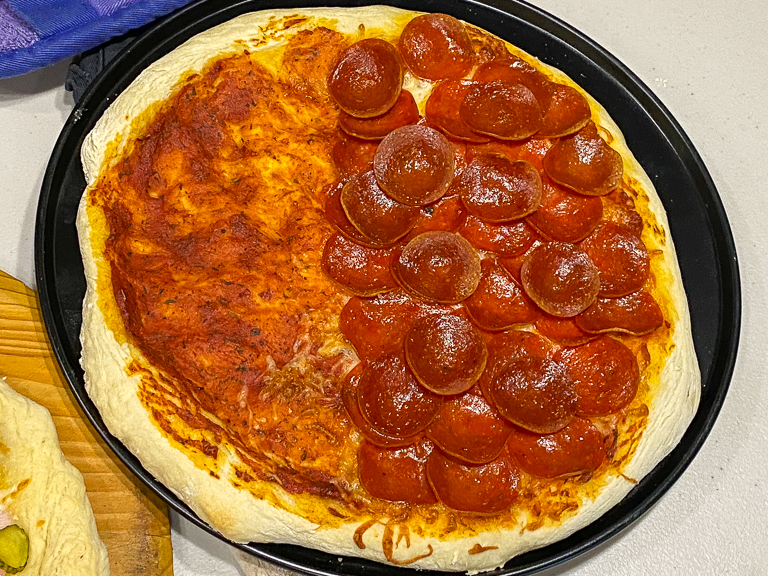 Let's eat! Theresa said she bets we're the only people in the campground eating Nashville Hot Chicken pizza tonight.
I made my regular pizza dough recipe which meant I was left with a little extra dough. Today I turned it into a plain pizza dough which I'll cut into breadsticks. 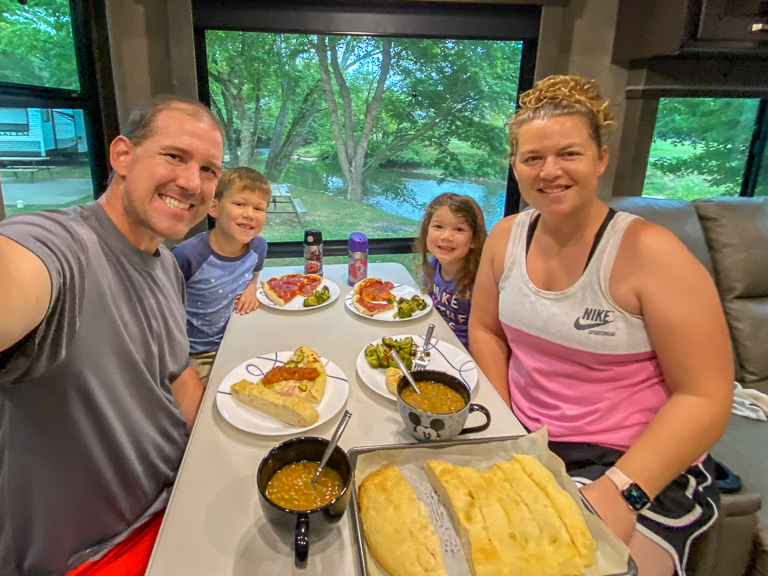 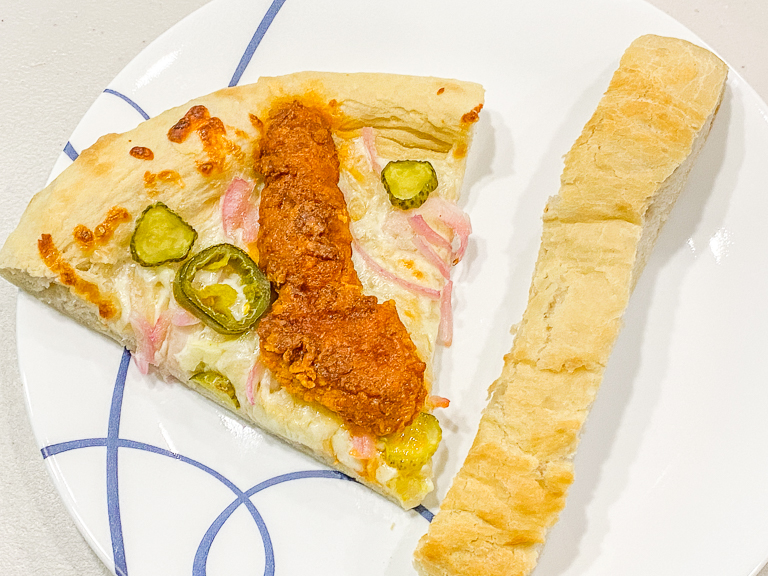 The Nashville Hot Chicken was perfect! Crunchy with a good heat. The pickled veggies what went with it on the pizza were a very good compliment to the spiciness. Theresa said I nailed it, which it a pretty good compliment coming from her. 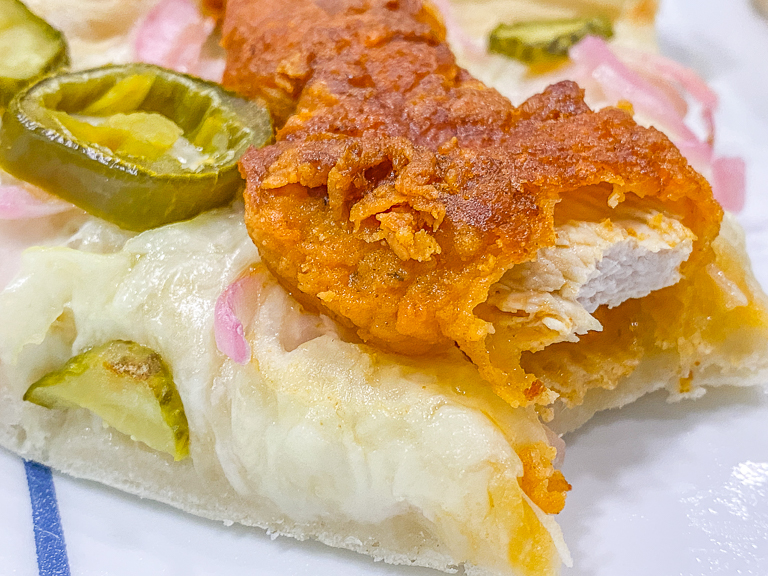 And the breadsticks? Alli asked if she could have those instead of her regular pizza. Theresa said I need to make these every week with my extra pizza dough. 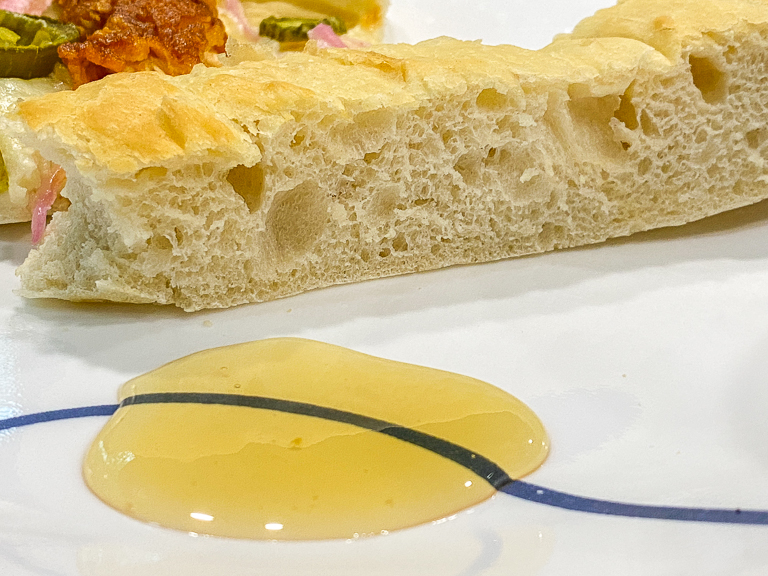 Woo, these are tasty and my mouth is fine, but my head has decided that it's time to sweat a little. 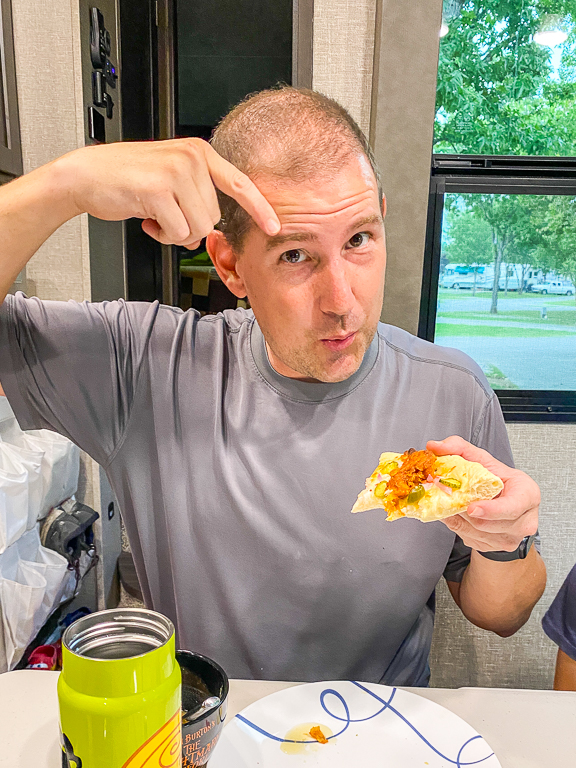 The only thing I would change for next time, more chicken on each slice. I fixed it with my second slice.
Theresa went back and added a few more pickles to her pizza. 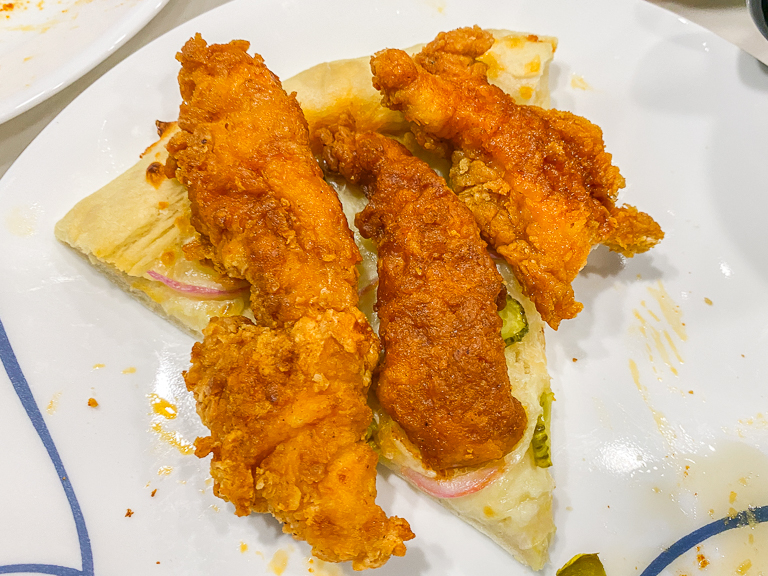 So Nashville Hot Chicken was really tasty today. I'm glad we picked it as the local theme this week. 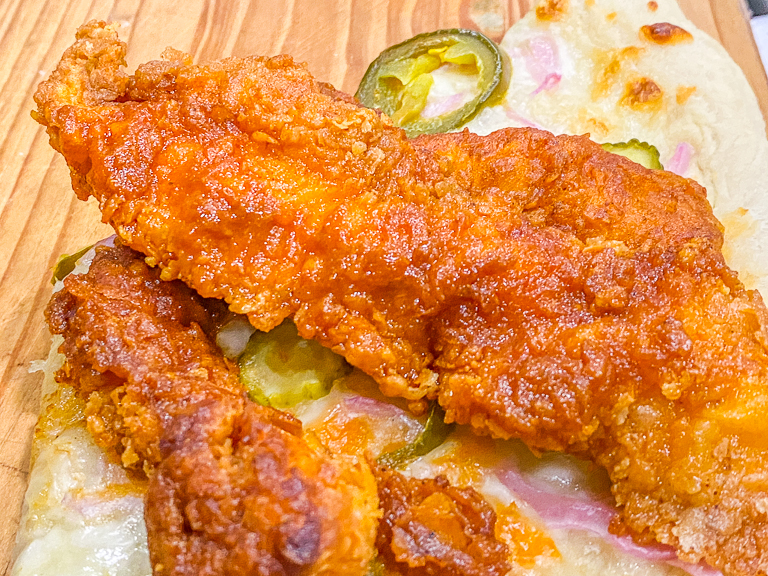