Alli says another tooth is loose already? She just lost one a few weeks ago on 7/14. Now she's saying her next tooth is hurting when she's eating and she's ready to pull it out. 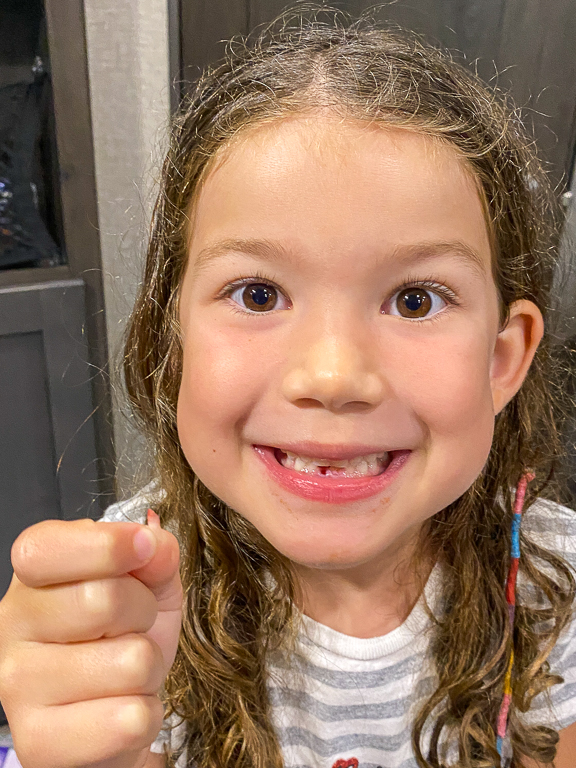 Let's get a before picture before we yank that thing out. She's been wiggling it every chance she gets. 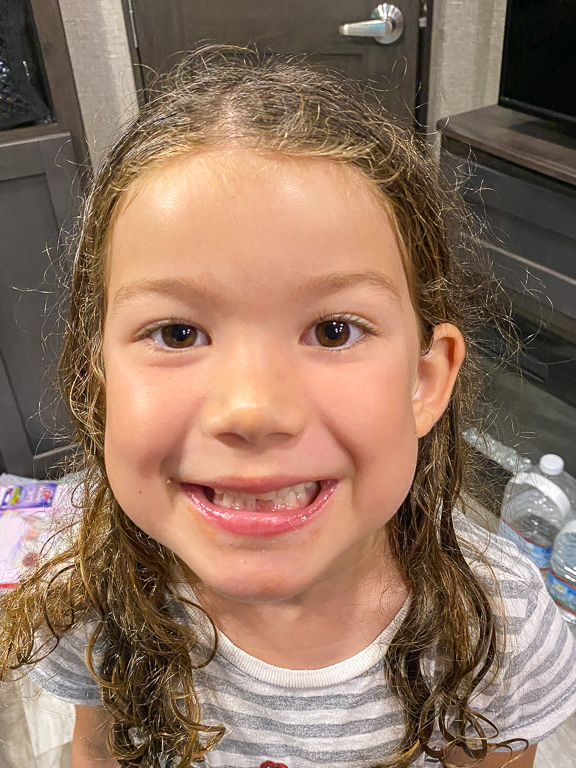 Ooh, I see that second adult tooth right behind the baby tooth. We've got to get that tooth out of there!

Who is getting the honor of pulling the tooth out today?
Alli said that Ian could have a shot at it, since he's experienced pulling his own teeth out. 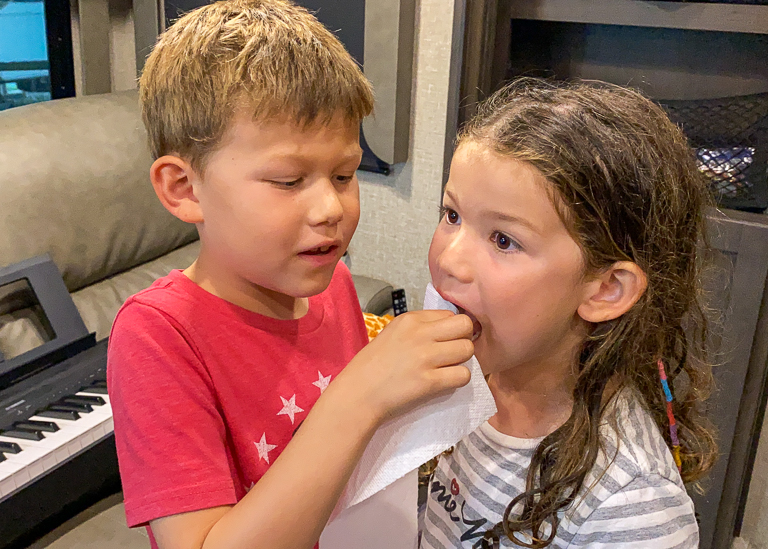 And Ian discovered that teeth can be slippery. After a few failed attempts, Alli was ready for a little break. 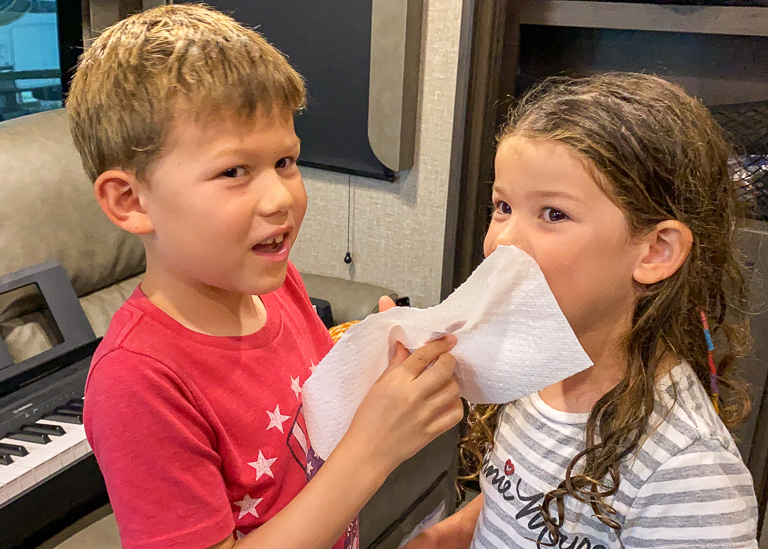 When it was time to try again, Alli said that I could have a shot at it. I gave it a twist and it felt like I got it, but it was still in her mouth. I pulled it straight up and it came right out and I could see that this tooth is extra long! It must have broken free, but was stuck in the hole.
Give me that brand new smile Alli! 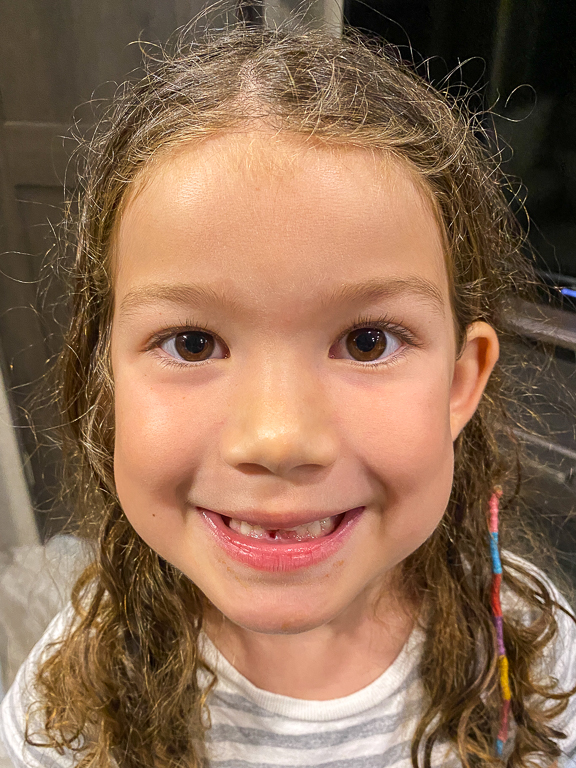 For bedtime, after reading, we have been watching YouTube videos of people playing music. One of the kids' favorites is Rousseau. I think Alli has teeth on the mind though because she's been calling it Dance of the Tooth Fairy.
She put it under her pillow and the next morning she woke up to a note underneath her pillow. Nice reading for a girl who hasn't even started Kindergarten yet!
Good job Alli! 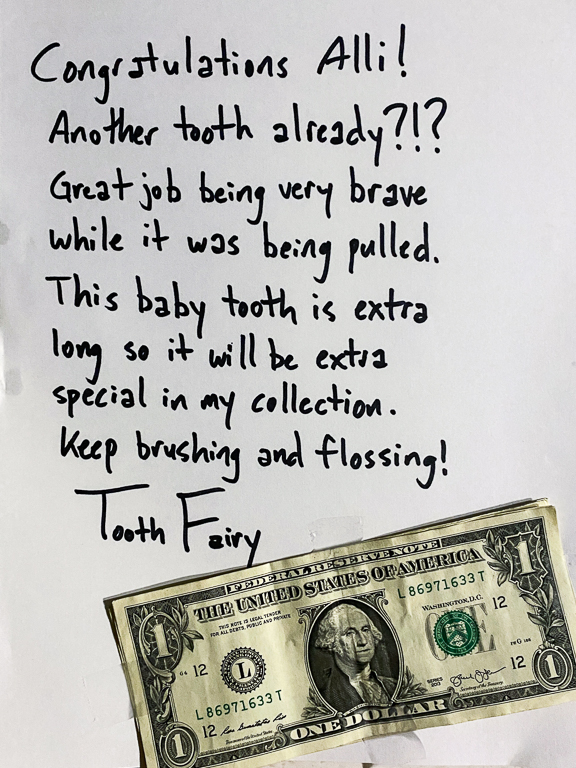 And for me, this is Tooth "P", a central incisor. 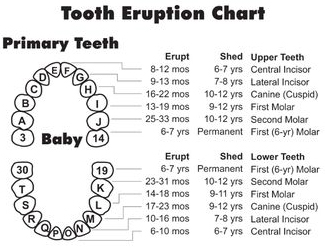