Gimme a break! Gimme a break! Break me off a piece of that Kit Kat Bar. It's been a busy morning and so for a treat, I told the kids that they deserve a break. 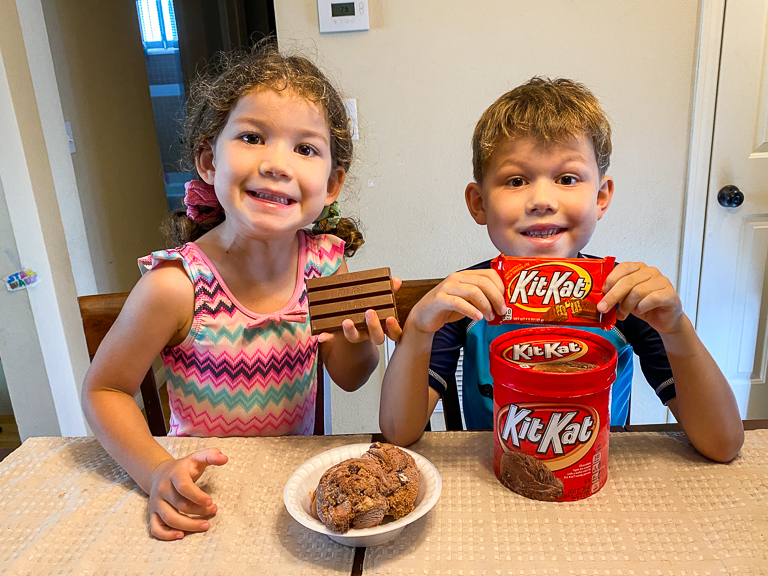 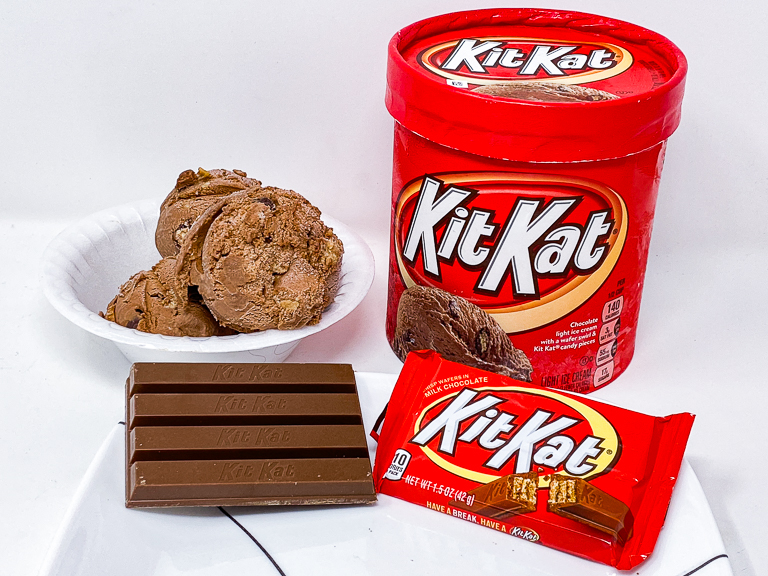 We've already had a busy morning, with the four of us going on a 5 mile bike ride. And then after lunch, Theresa thought the cars needed a wash. 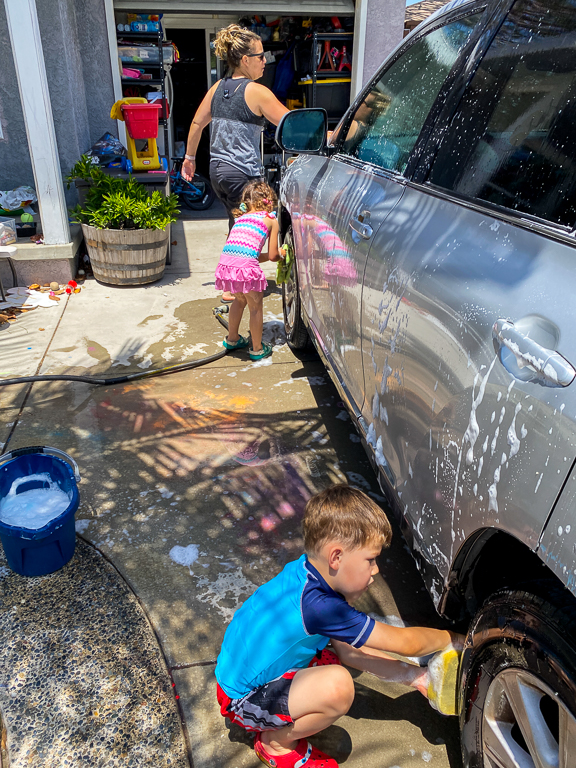 The kids changed into their swimsuits and washed the low parts of the car, while Theresa and I took care of the high parts. It was a good collaboration. 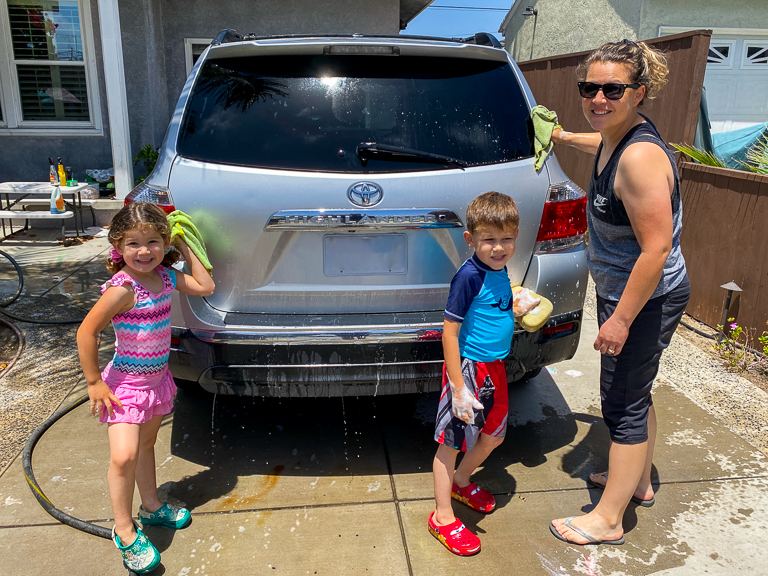 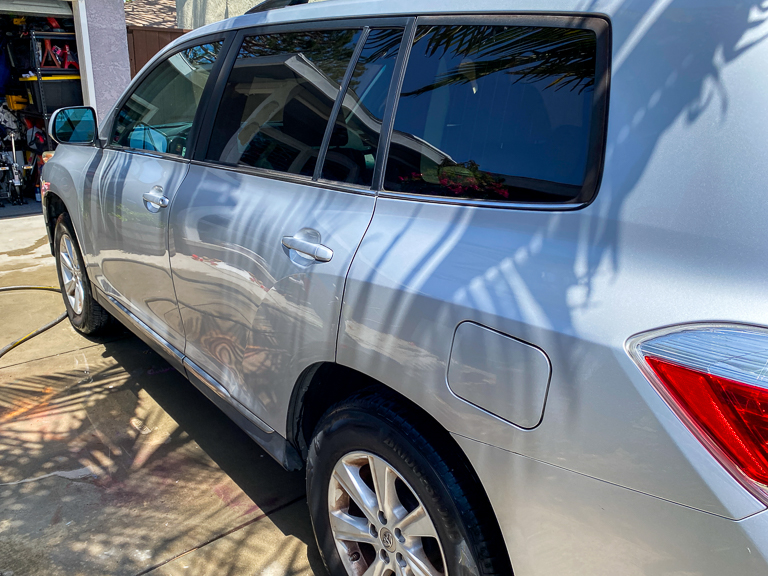 And so out of the freezer, I grabbed a treat that I've been saving. Kit Kat Ice Cream! 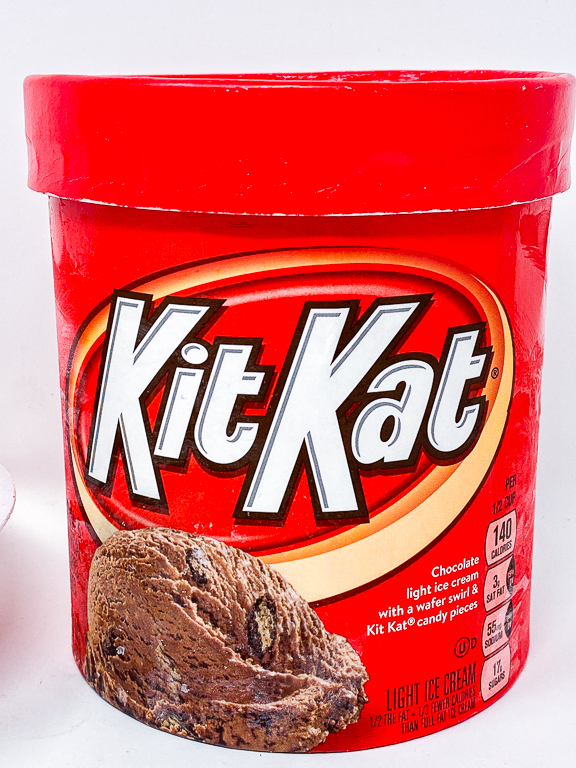 The back of the container says "Have a Break, Have a KitKat". "We loaded rich and creamy chocolate light ice cream with Kit Kat candy pieces and a wafter swirl - it's the perfect break from the everyday to keep the fun going!"
Hmm. Light chocolate ice cream? And what's a wafer swirl? 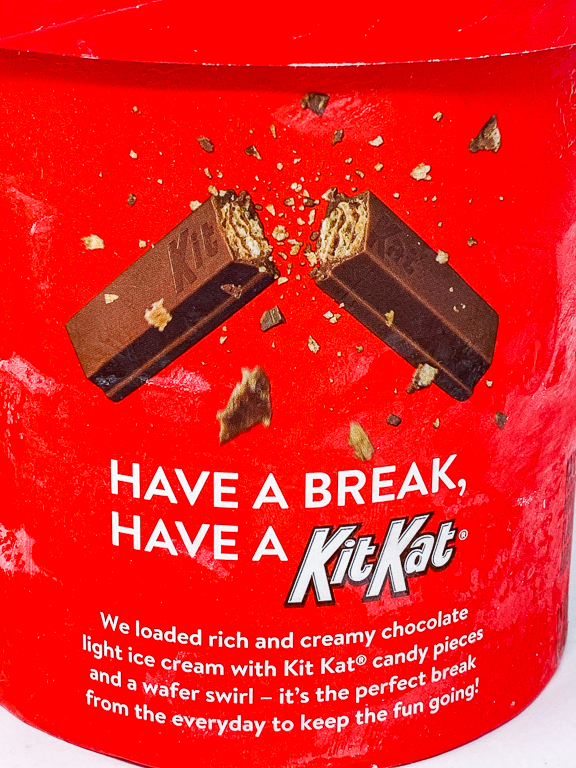 Taking a look at the ice cream, I can see the Kit Kat candy pieces. 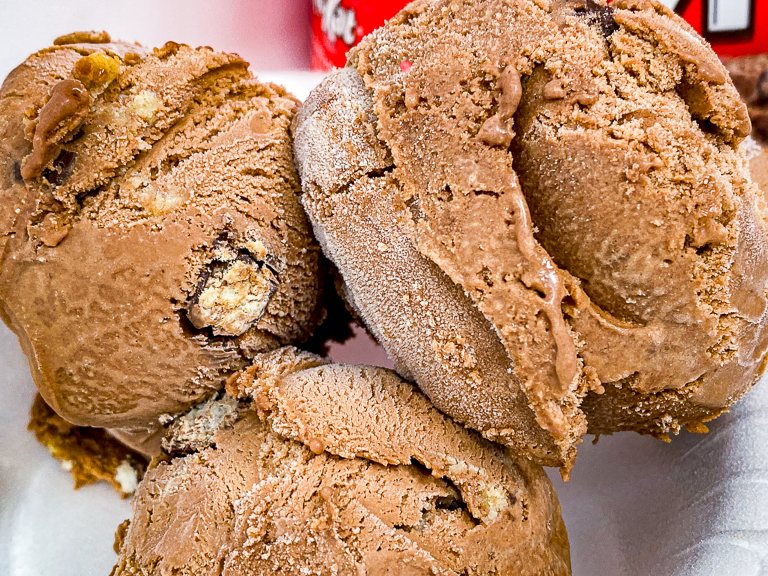 Time to eat it! 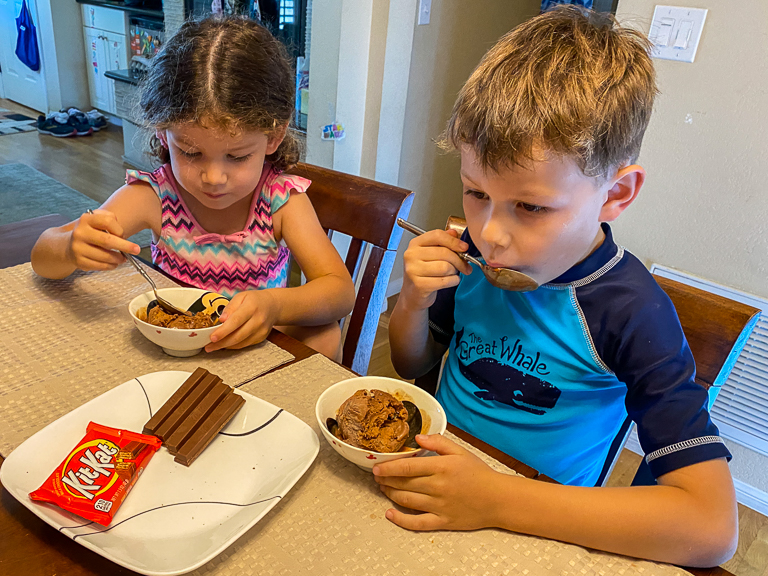 Well, here's my thoughts. I wish the ice cream wasn't light ice cream. I want it to be creamier and richer. The wafer swirl, Theresa was asking if it was some kind of nougat. I couldn't really tell. 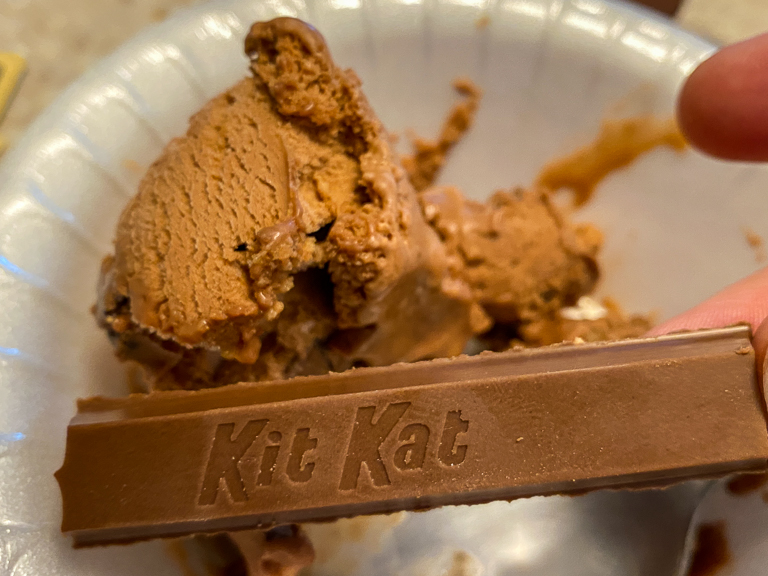 And as far as the candy pieces go, they should have completely coated them in chocolate. Having them open like this meant the wafers got soggy instead of being crunchy like they should have been. 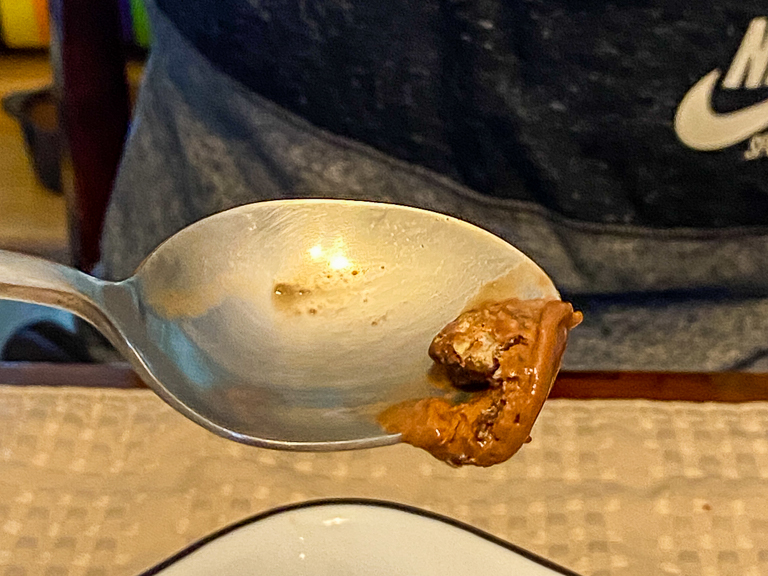 Despite at that, it's still ice cream, which means it's tasty regardless. 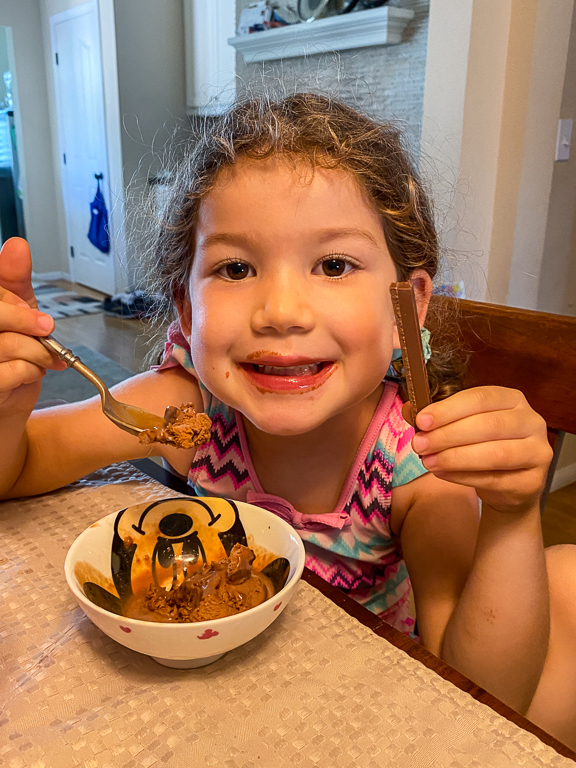 Drinking the melted ice cream from the bottom. The ice cream soup. 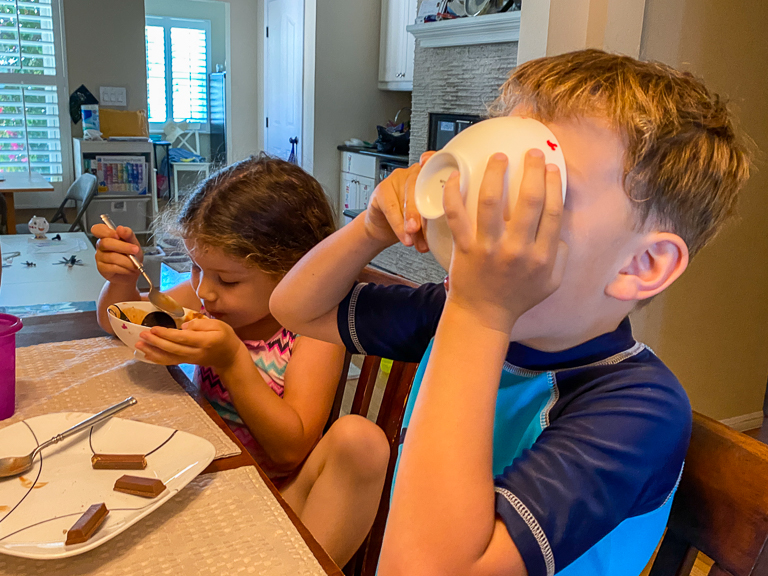 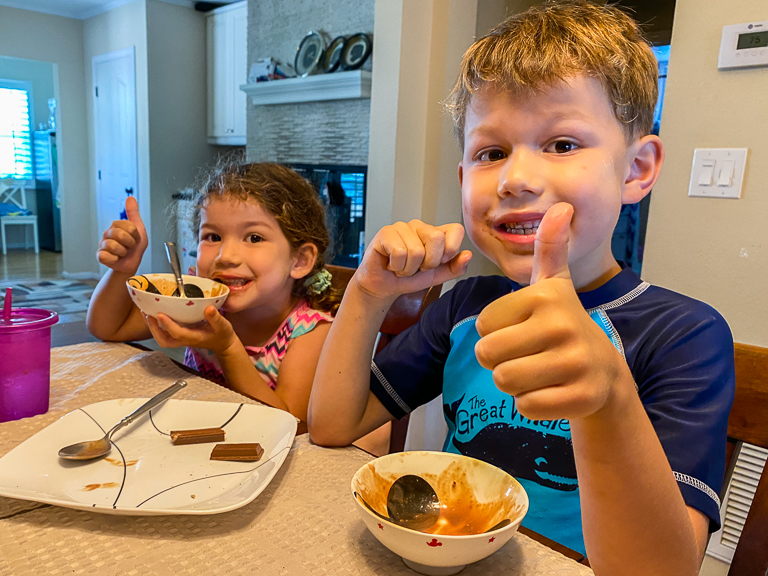 And just because I feel like it, here's the original Gimme A Break Kit Kat commercial.
Posted by Joe at 5:00 PM