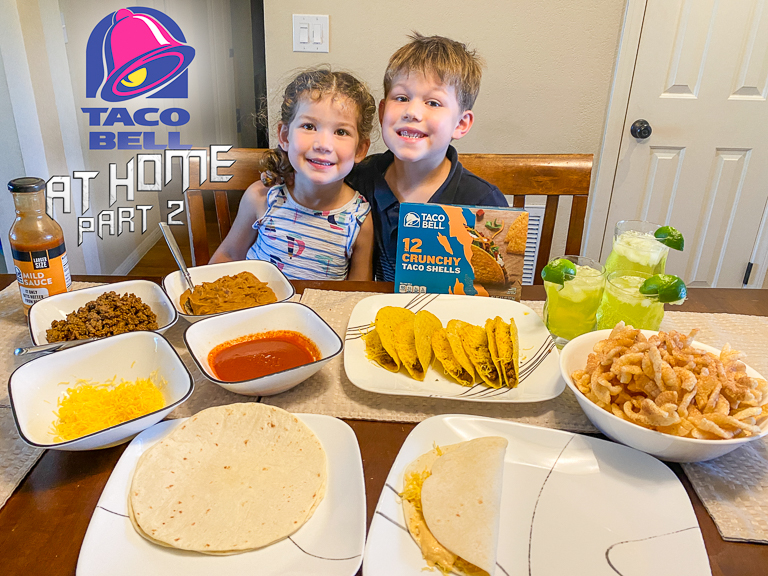 And apparently I took a shortcut when making the bean burrito, using Mild Sauce instead of the true Red Sauce. I got called out on Facebook and Theresa promised a second attempt. 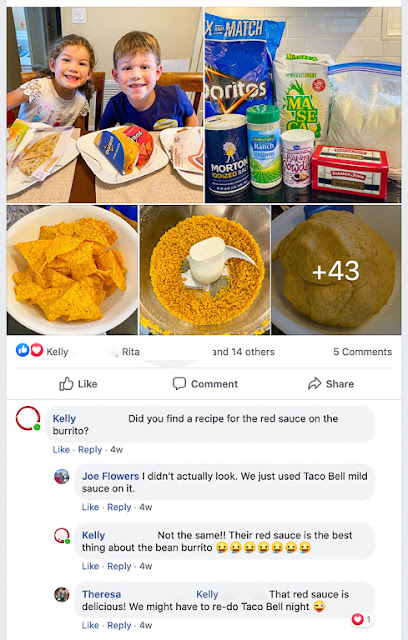 So, the first thing to find for this re-do, is to find the red sauce that goes on the Taco Bell Bean Burrito. We're using a recipe from fattycrab.com for How To Make Taco Bell Red Sauce at Home. Since sauces taste better with a little bit of time for all the ingredients to meld together, Theresa cooked it up the night before. 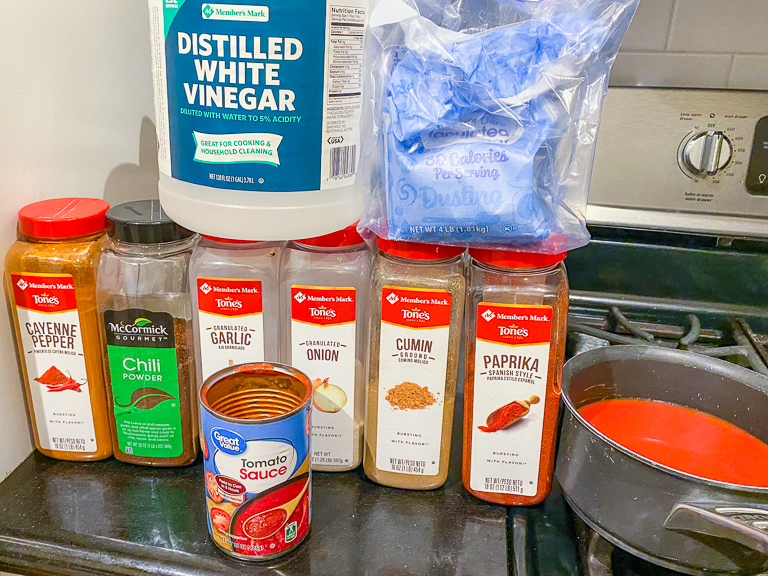 It smells like a mexican enchilada sauce. I'm sure it's going to be tasty on our burritos tomorrow. 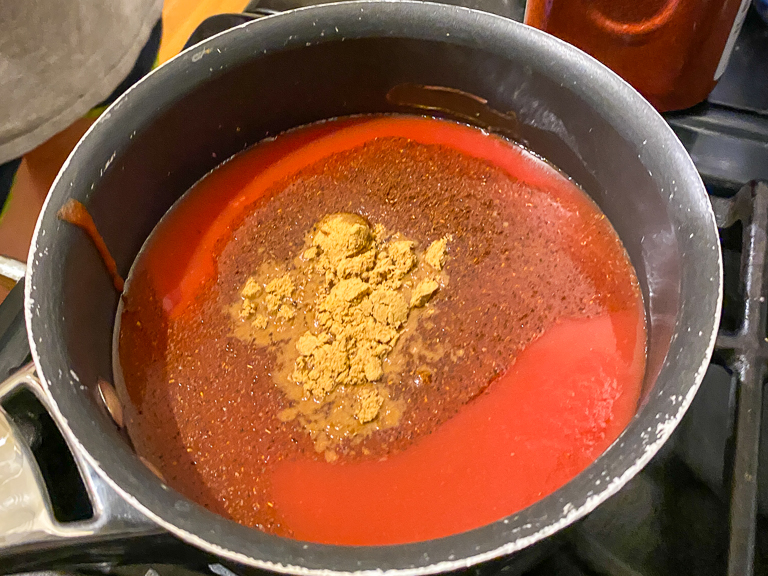 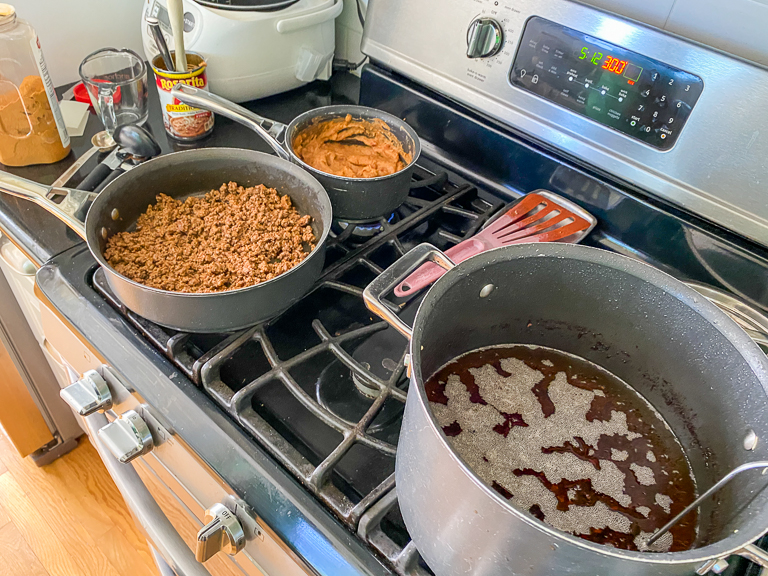 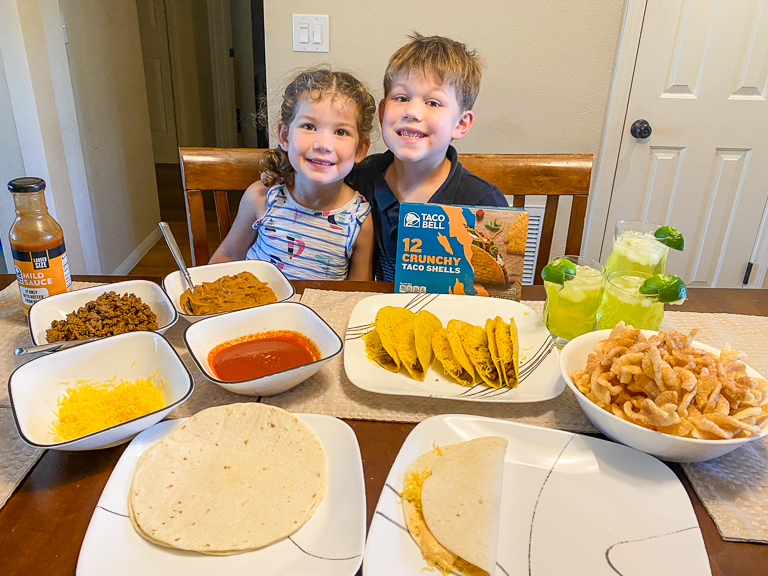 After last time, we can't give Ian those homemade Cool Ranch Doritos Locos tacos again. The shells I made myself did not turn out all that great.
Instead we're using Taco Bell taco shells that you can buy from the grocery store. Theresa sprayed them with oil, dusted them with Ranch seasoning, and warmed them in the oven. 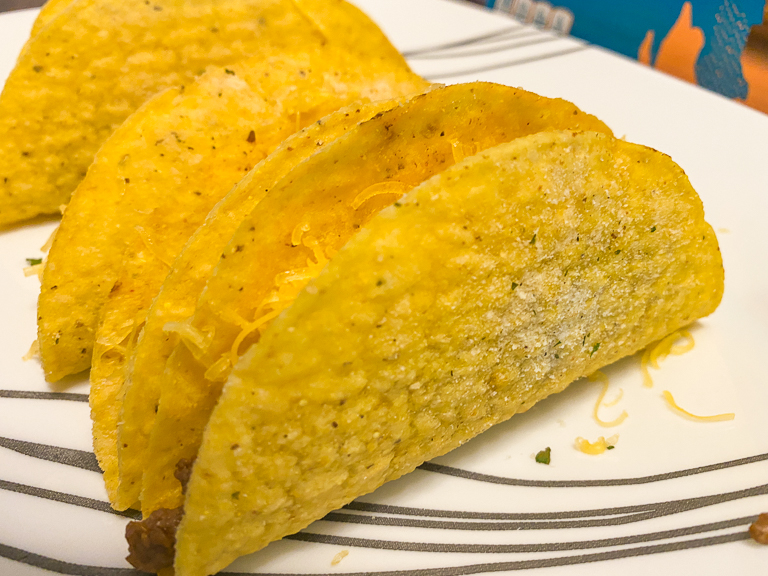 For the burritos, there's the beans, cheese, and RED SAUCE! Don't argue with me that it needs onions too. My entire family orders it without onions. 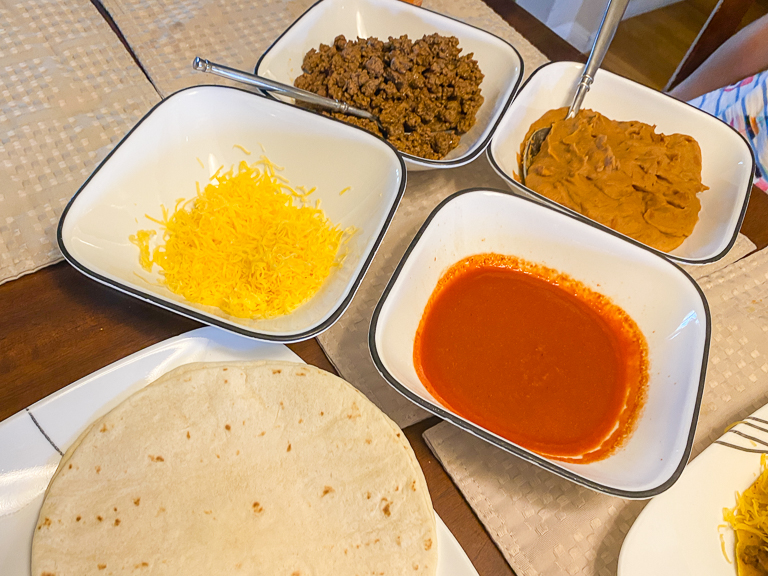 For our beverages tonight, we'll be having a homemade Mountain Dew Baja Blast. Baja Blast is a Tropical Lime flavored Mountain Dew. I grabbed a fresh lime from the fridge, juiced it, and combined it with regular Mountain Dew. 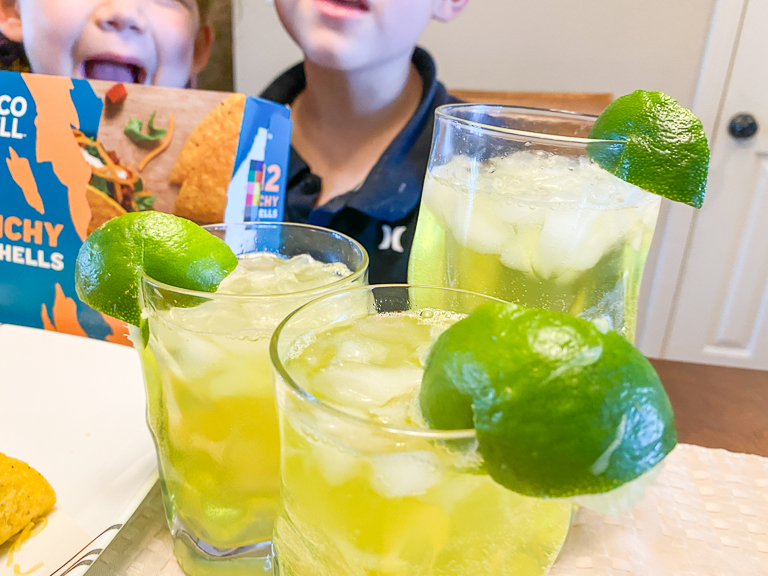 I've got 7 pounds of dry duros pellets, so we're certainly going to take every opportunity to make them with our meal. 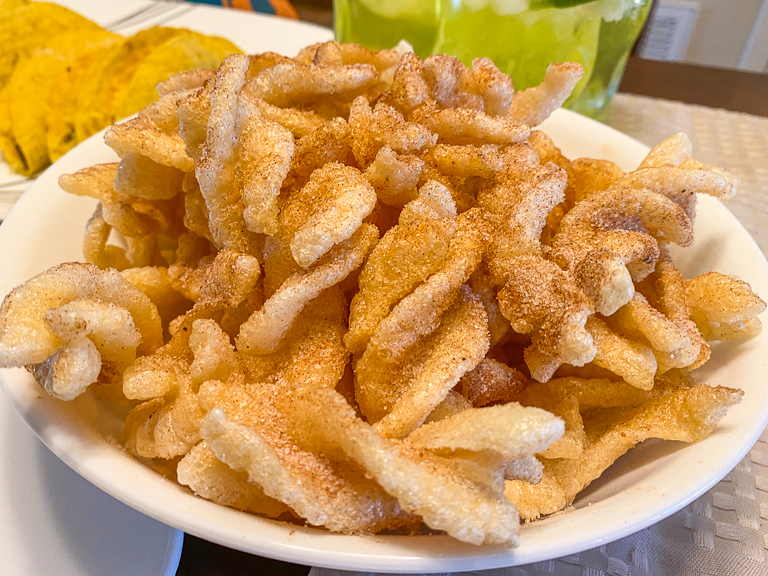 Can't forget the Cheese Quesadilla either. And there's still some of that delicious taco bell quesadilla sauce left over to go with it. 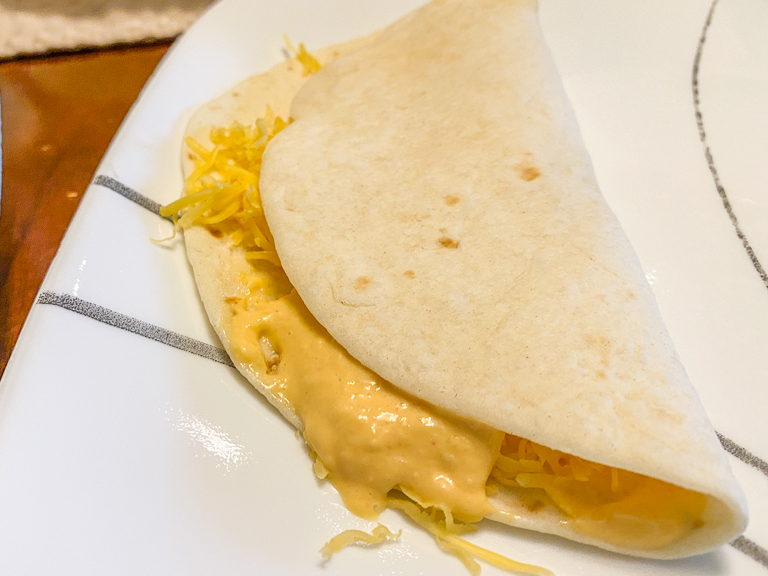 Ian, how are these taco shells?
Ian - A lot better than last time. 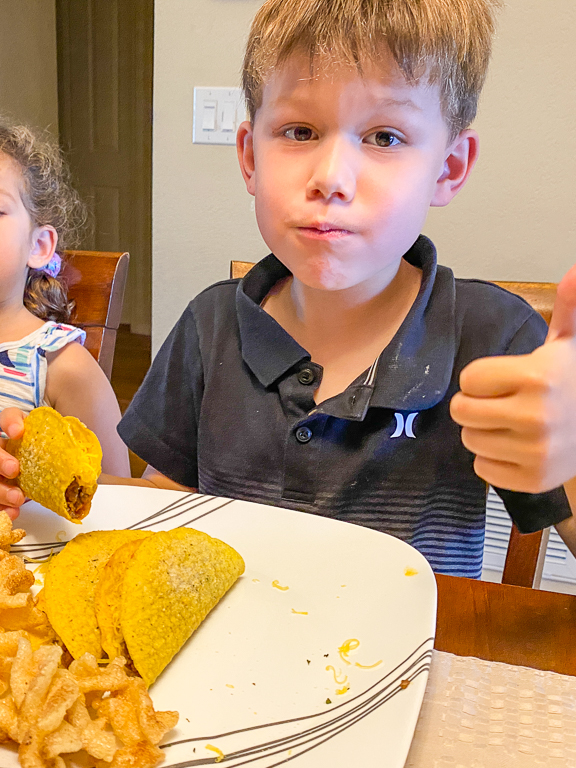 I love that with Taco Bell you can get a little taste of everything with lots of different textures. 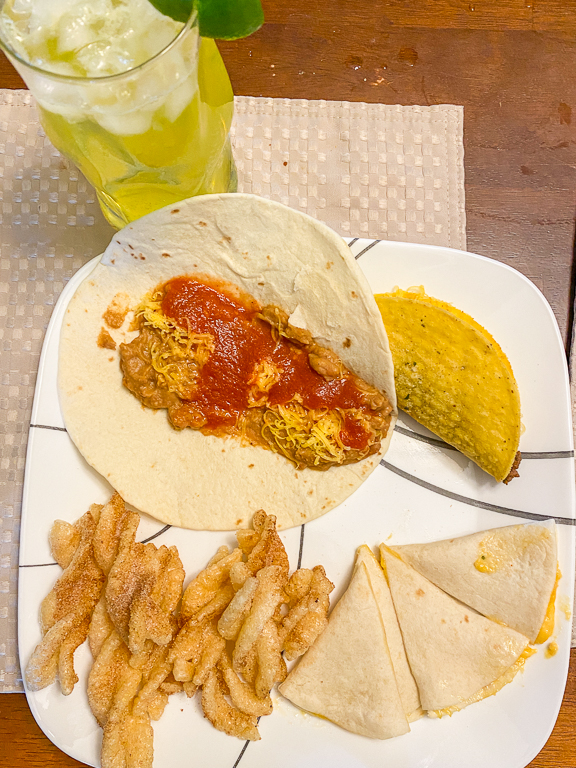 It was a good looking plate. 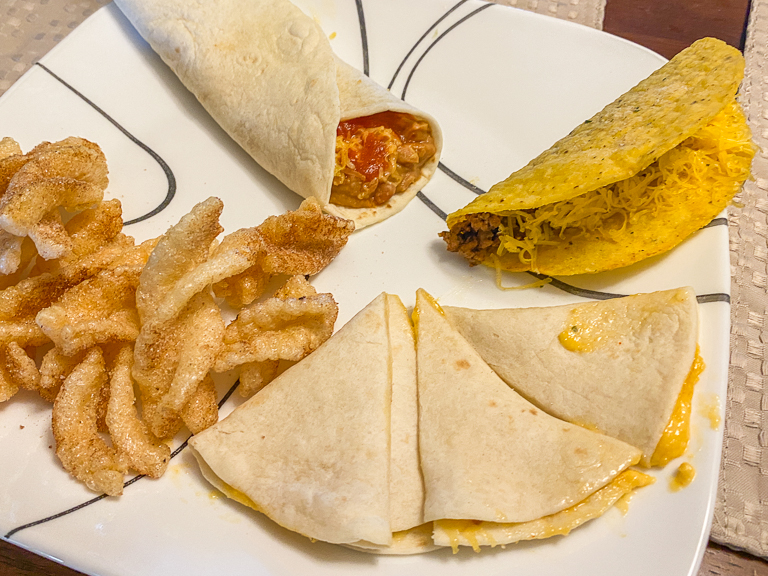 The kids appreciated this Taco Bell night much better than our first attempt, so I'll call that a success! And just like the real Taco Bell, Ian put away 4 Cool Ranch tacos! Alli liked her bean burrito with red sauce too. 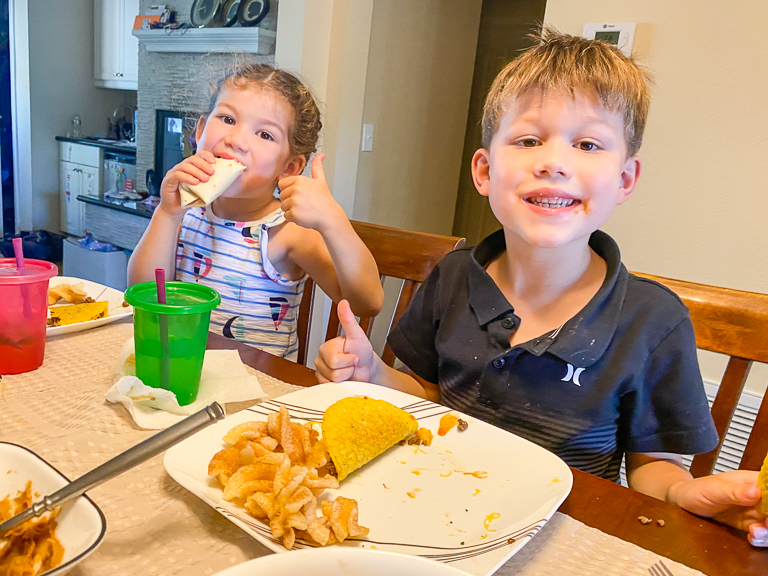