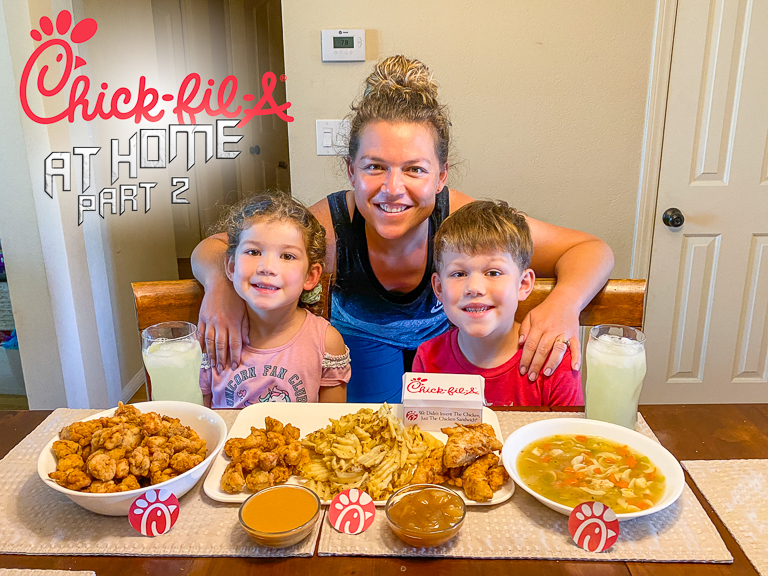 And if we're going to have nuggets, we're going to have to have it with one of the best sauces Chick-Fil-A offers. According to the Chick-Fil-A website, their signature Chick-Fil-A sauce was created back in the 1980s when one of their operators mixed BBQ sauce with a Honey Mustard sauce. But it wasn't until 2006 that Chick-Fil-A sauce made it to the official menu. And after that, it became their most popular sauce!
Theresa found a sauce copycat on dinnerthendessert.com. As expected it's pretty much a BBQ and Honey Mustard mix with a little bit of liquid smoke. 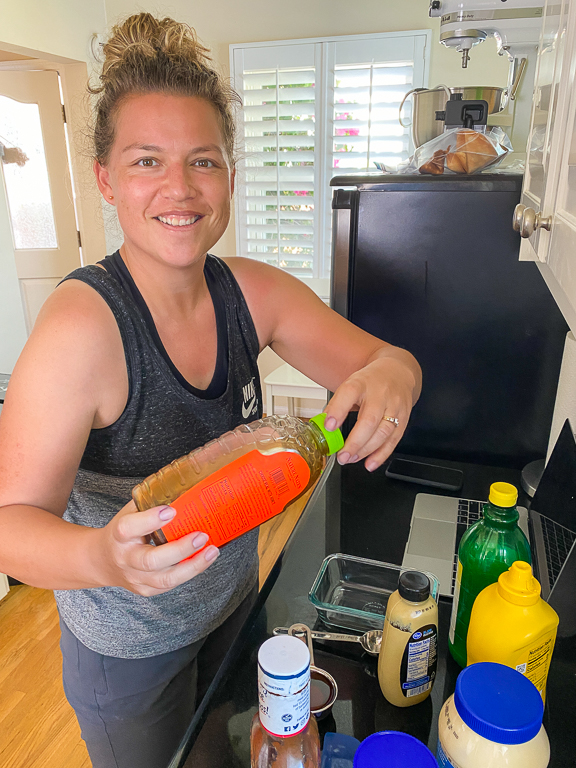 Our last recipe for the breading looked okay, but it didn't taste all that much like Chick-Fil-A. We're going to try again with another recipe, which also happens to be from dinnerthendessert.com. This Chick-Fil-A Nuggets recipe uses breadcrumbs along with flour, plus powdered sugar, pepper, salt, and chili powder. It also suggested letting the breaded chicken nuggets sit for a few minutes before frying them. 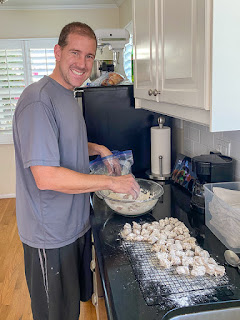 It's time to fry! 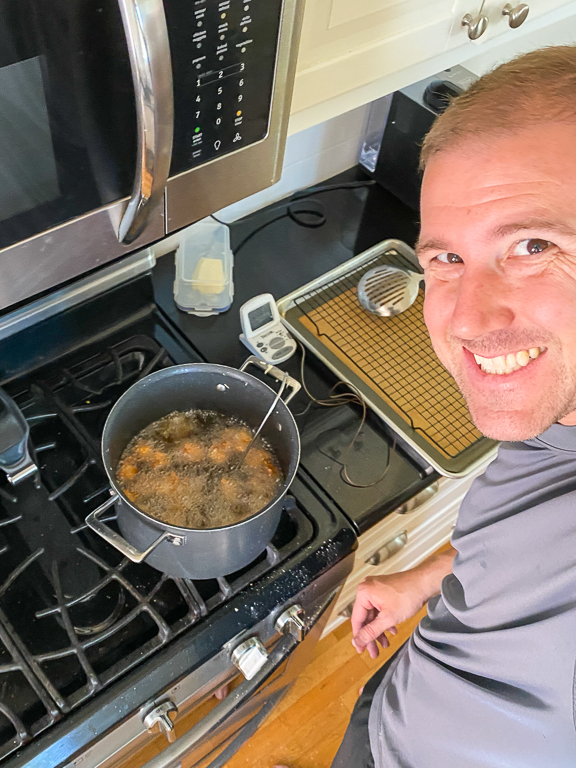 I fried up a few batches and they are certainly looking a lot like Chick-Fil-A nuggets. 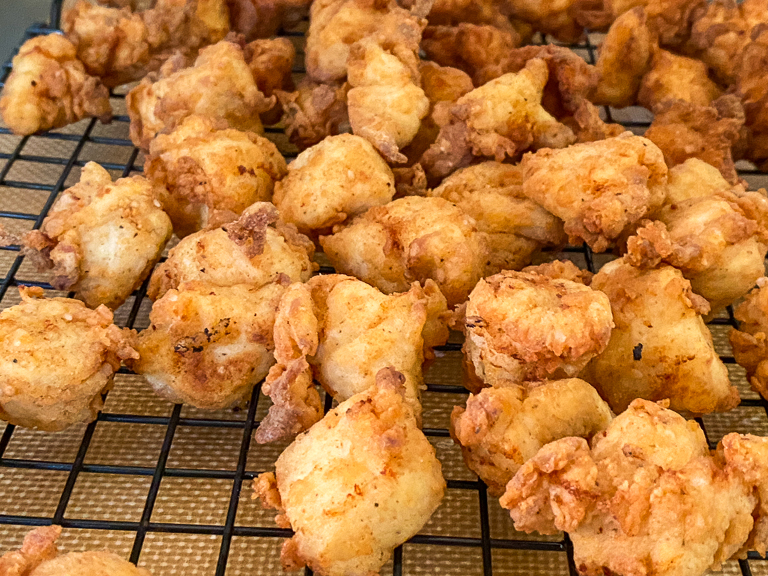 Chi took over the frying while I worked on some other things. 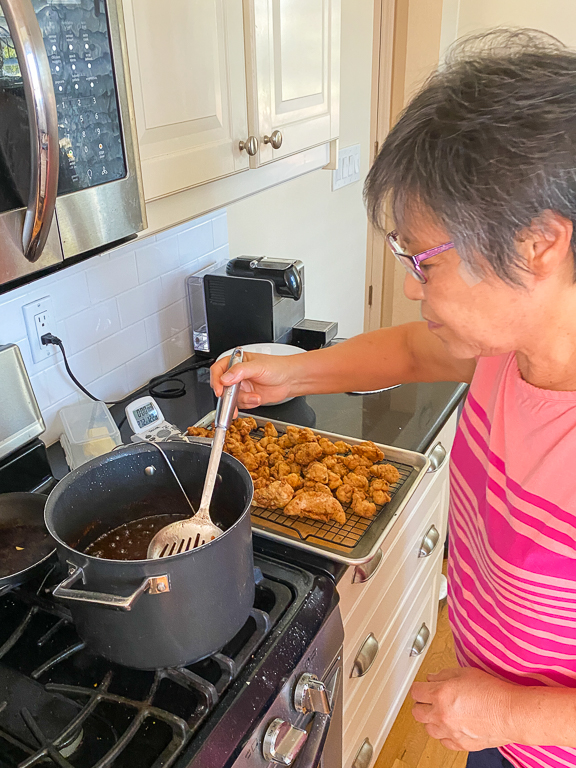 Theresa is also whipping up a batch of Chick-Fil-A chicken soup. I almost always order soup when I go to Chick-Fil-A, so this will be a nice addition. Recipe can be found here on sundaysuppermovement.com. 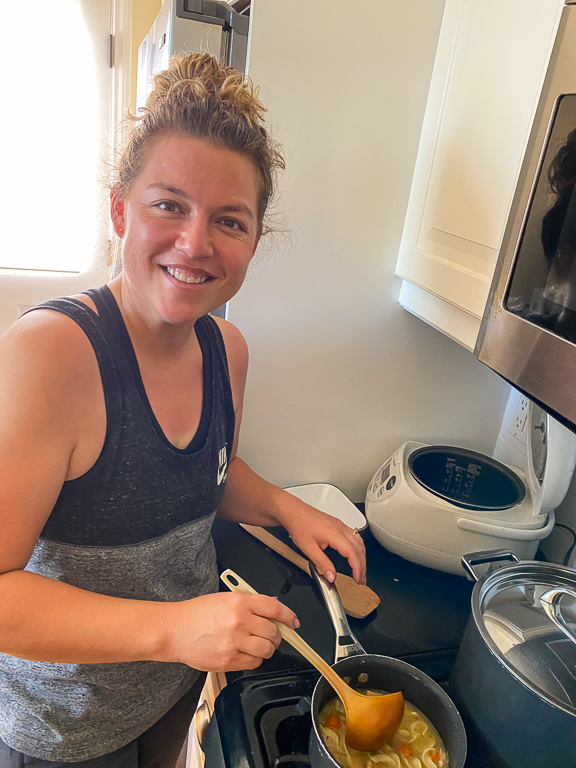 Our delicious meal is ready to eat. Of course everyone is having lemonade to drink. 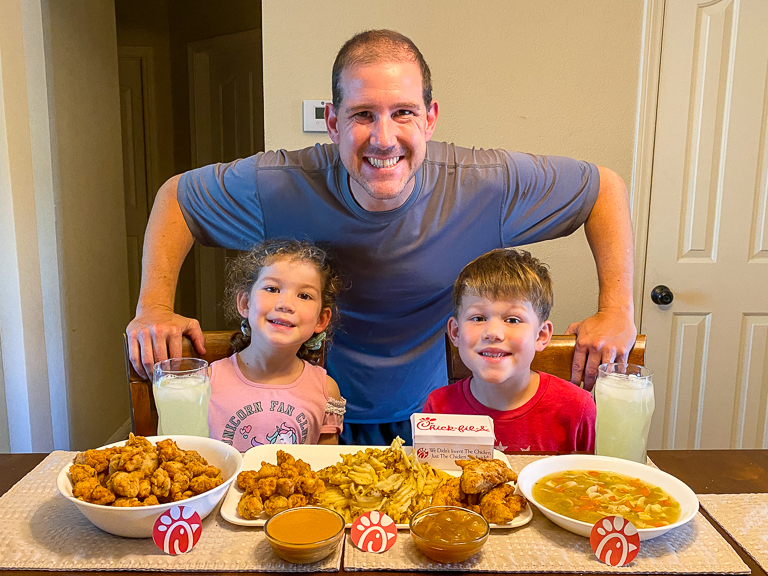 There's Nuggets that we just made, waffle fries that are classic Chick-Fil-A, and chicken strips. For the sauces, Theresa's Chick-Fil-A sauce is on the left. And the Sweet and Sour sauce from our Chinese Take-out food is going to be delicious on these nuggets as well. 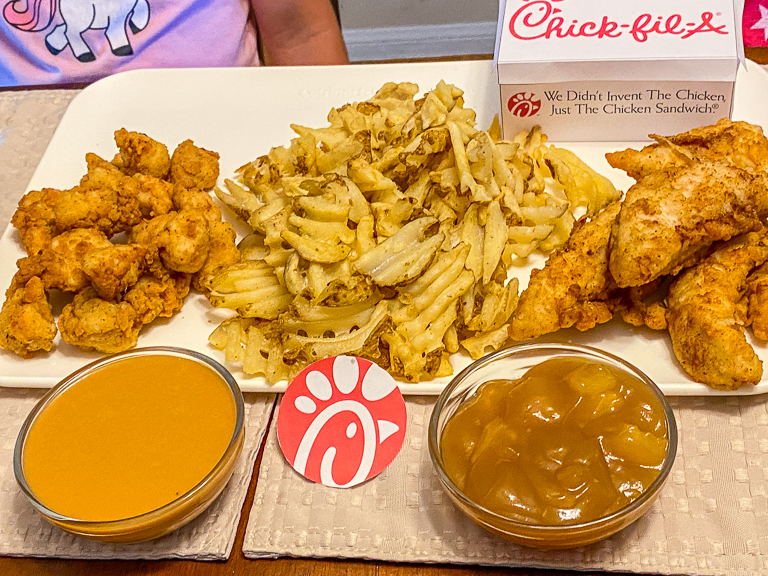 My box making skills are improving since that first attempt a couple months ago. 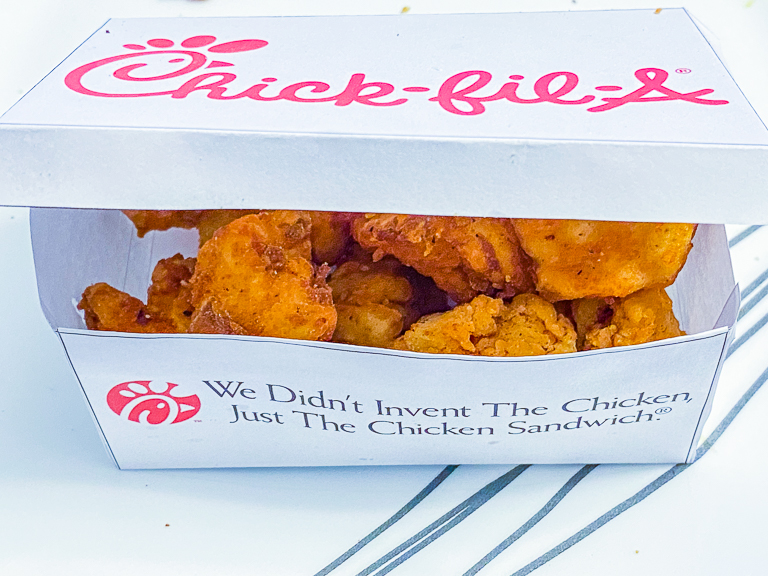 We cooked over 3 pounds of chicken nuggets today. There's got to be about 100 nuggets or so. 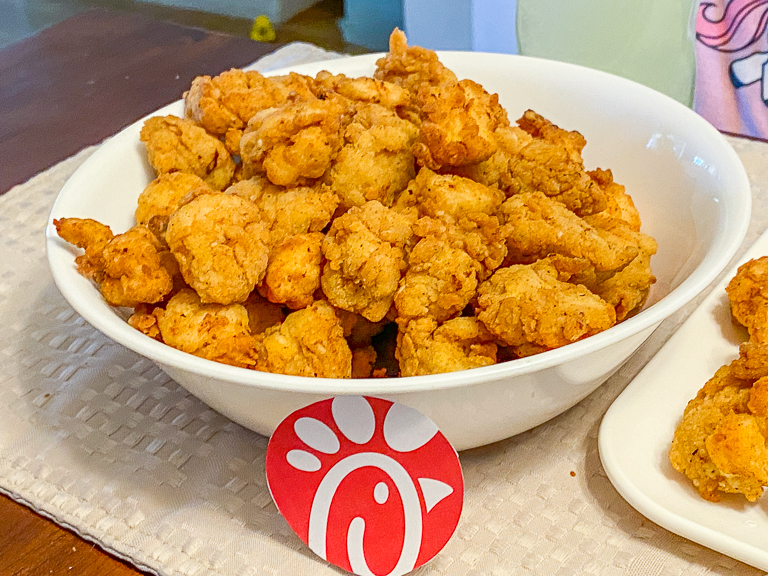 And the Chicken Soup is looking good too! 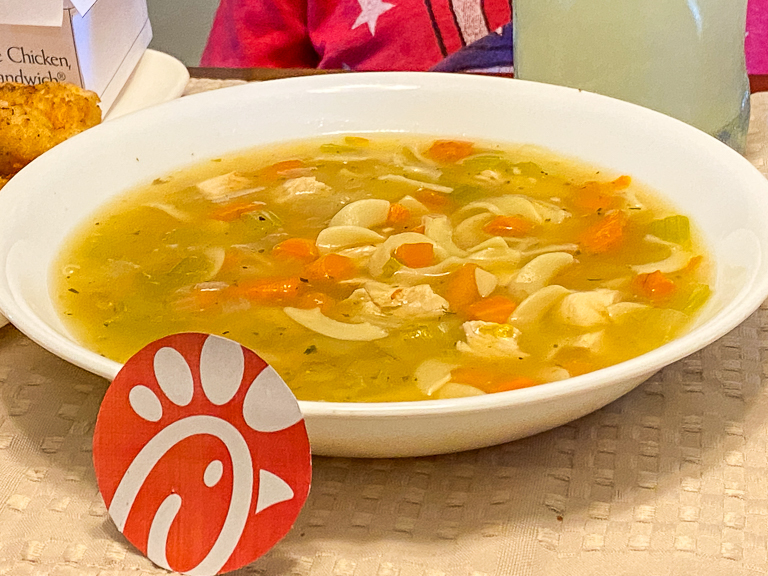 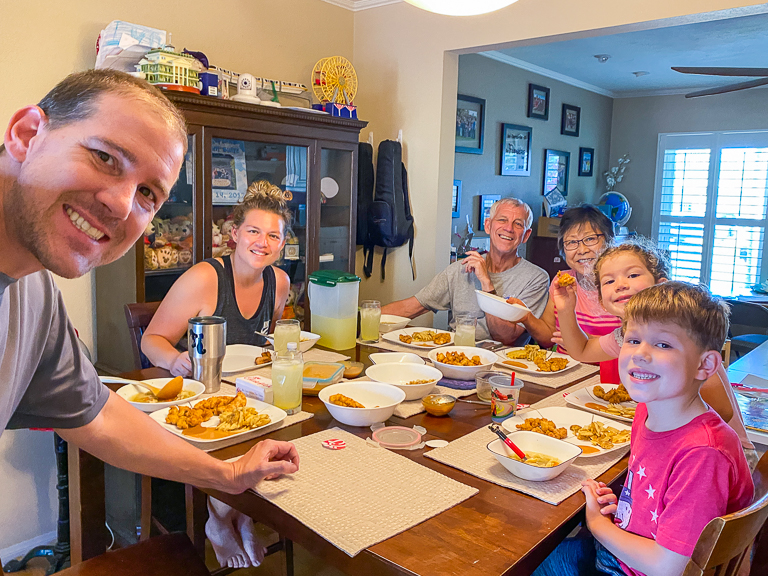 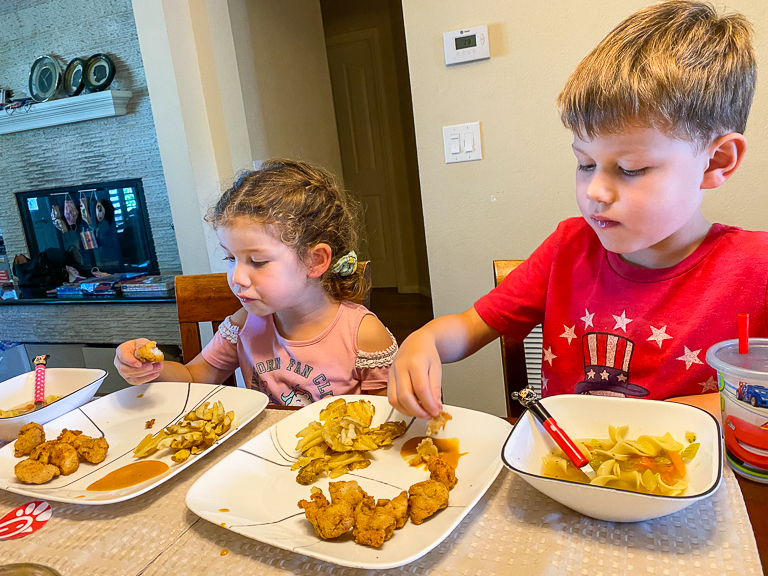 But the sleeper surprise of the night was the soup. 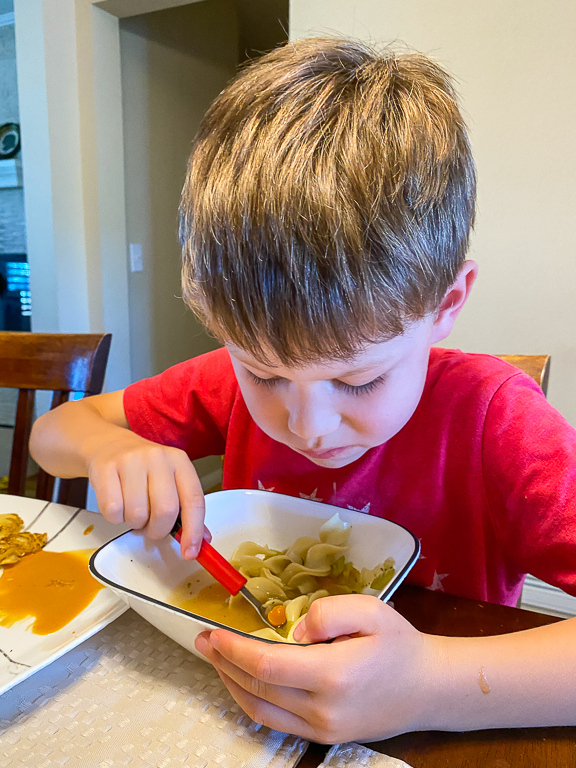 Both kids were slurping it up. Alli preferred it even to her nuggets and french fries. 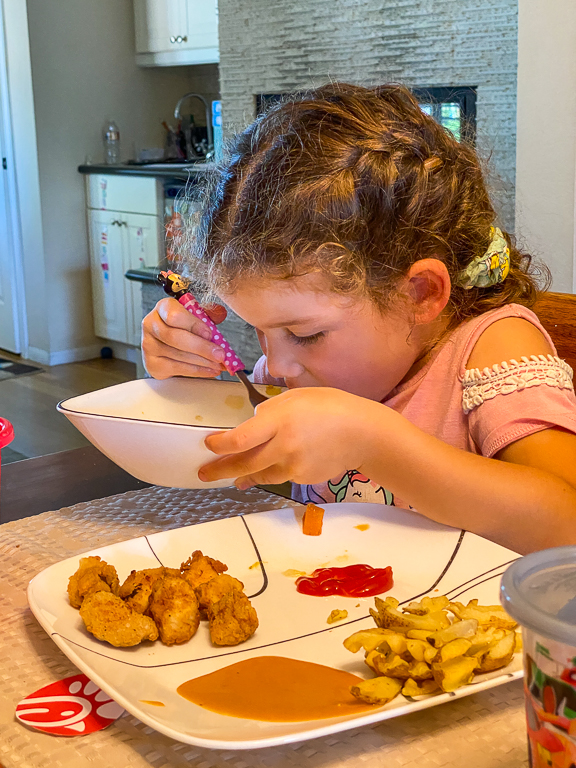 Tonight's recipe for the chicken nuggets was closer to what I remember Chick-Fil-A tasting like. Similar, but still not exactly it. I think there's a few more spices. Theresa and Chi thought they were actually better than Chick-Fil-A because these nuggets were not greasy at all, where the original nuggets are a bit more greasy. Overall I'd say it was a very good second attempt at Making Chick-Fil-A at home. 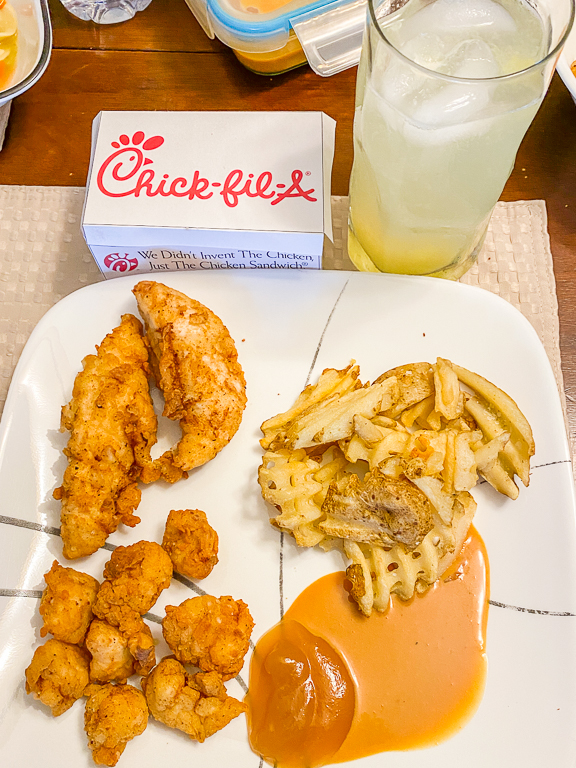