There's some treats that we really love that we only get a couple times a year. Cinnabon is one of those things and when we get them, they're delicious. Theresa decided that instead of just having Cinnabon as a treat, we're going all in and making Breakfast for Dinner. 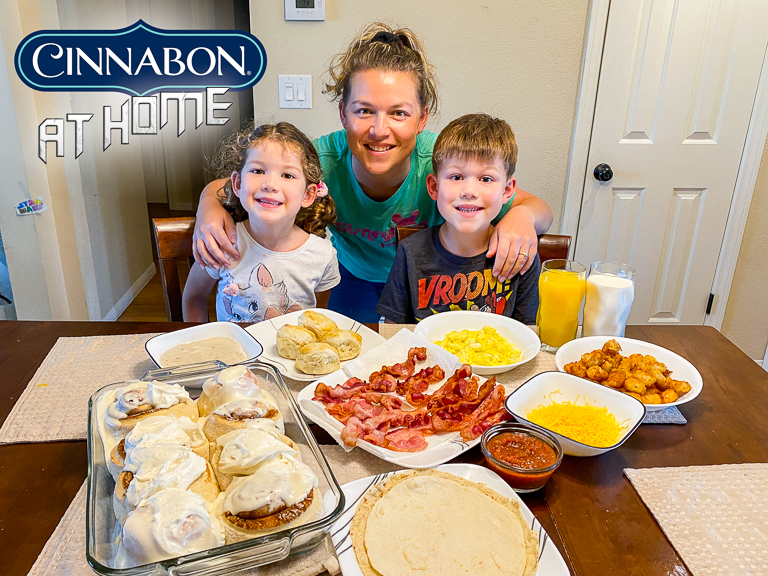 I know they sell them in those pressurized tubes that "POP" when you press a spoon into the sides, but we're going to be making these cinnamon rolls from scratch.
We're using this recipe from jocooks.com for Cinnabon's Cinnamon Rolls.
Happy yeast likes temperatures between 90F and 105F. 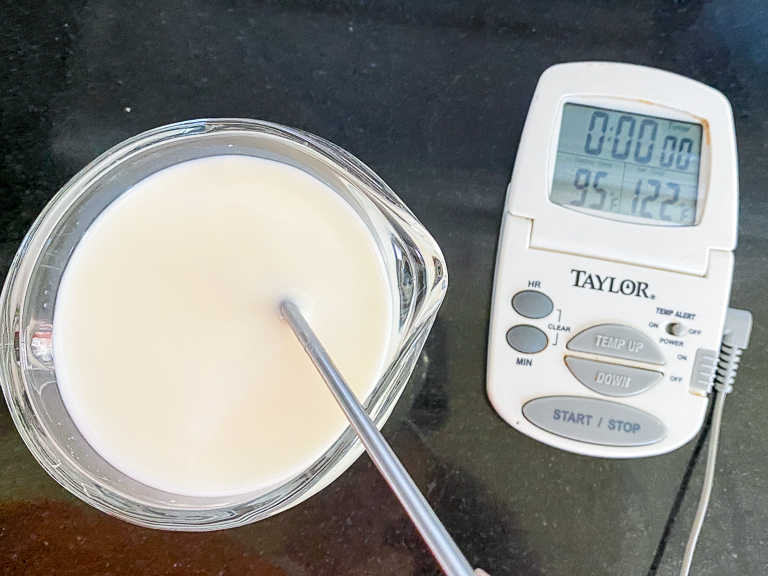 After mixing the dough and letting it rise, Theresa rolled it out into a rectangle. 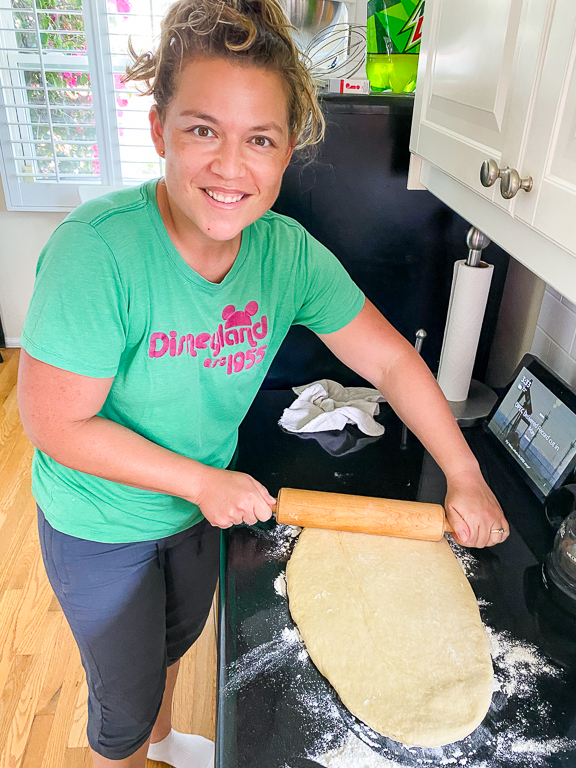 My job is the filling. One cup of brown sugar and 3 Tablespoons of cinnamon. 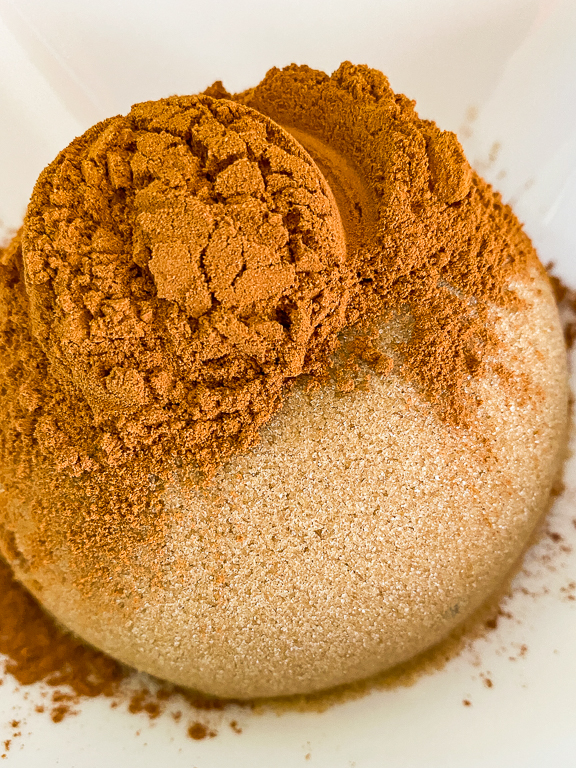 Theresa has spread butter over the top of the dough. I spread the filling all over the top, except for one edge. 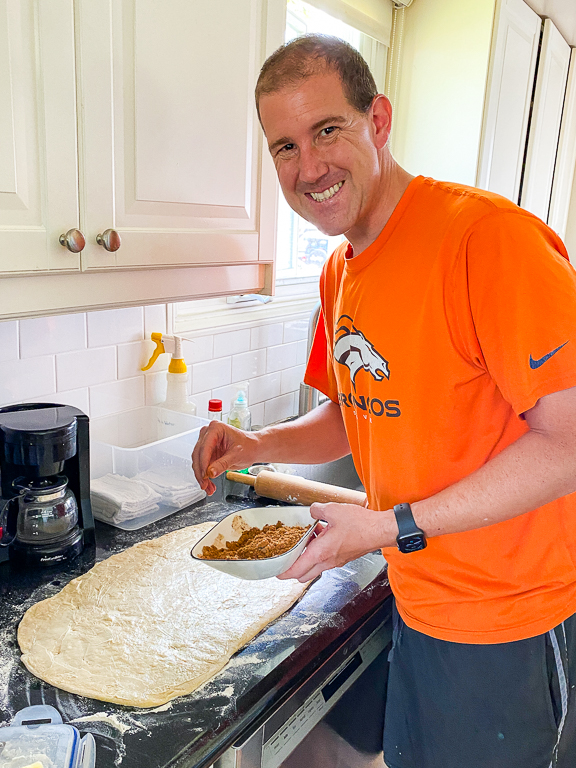 Theresa rolled the sweet log of dough on the long edge, somewhat loosely. 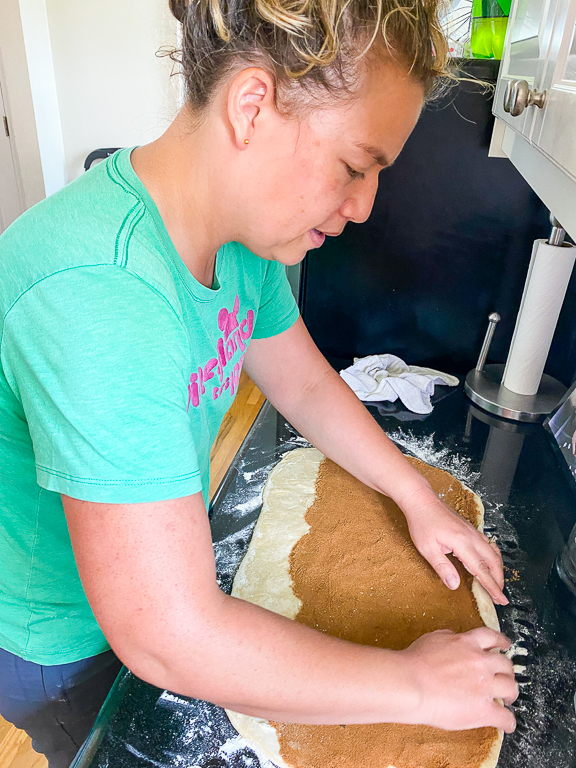 Thread works really well for slicing through this rolled up dough. Alli thought the flour and sugar mixture on the countertop looked tasty and wanted to try it. Not right now Alli. There's something better coming up soon. 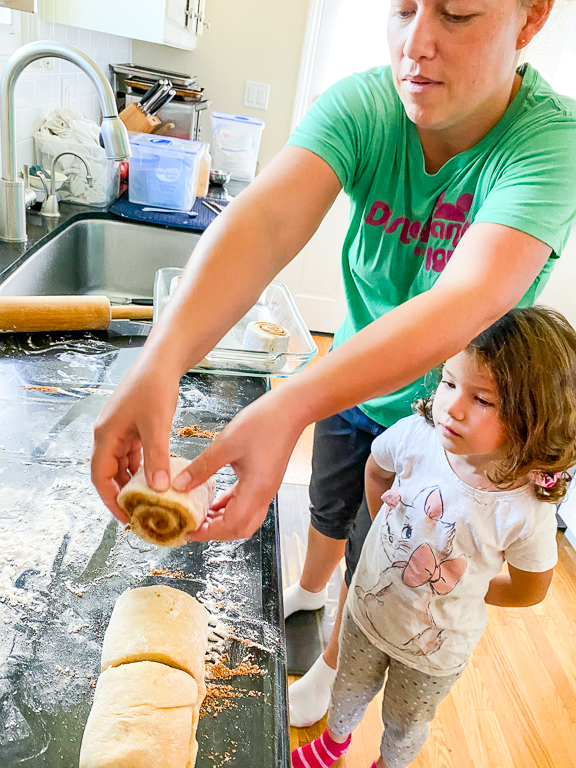 These need another 30 minutes to rise on top of the stove, and then they'll bake at 350F. 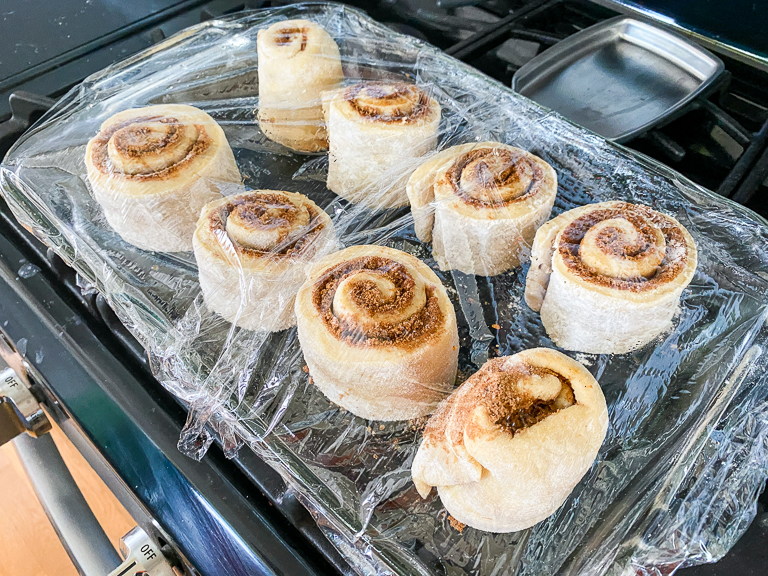 While those are in the oven, it's time to make the topping. As Cinnabon's slogan says "Life Needs Frosting". Theresa took that message to heart and figured a double batch of frosting would be appropriate for our cinnamon rolls. 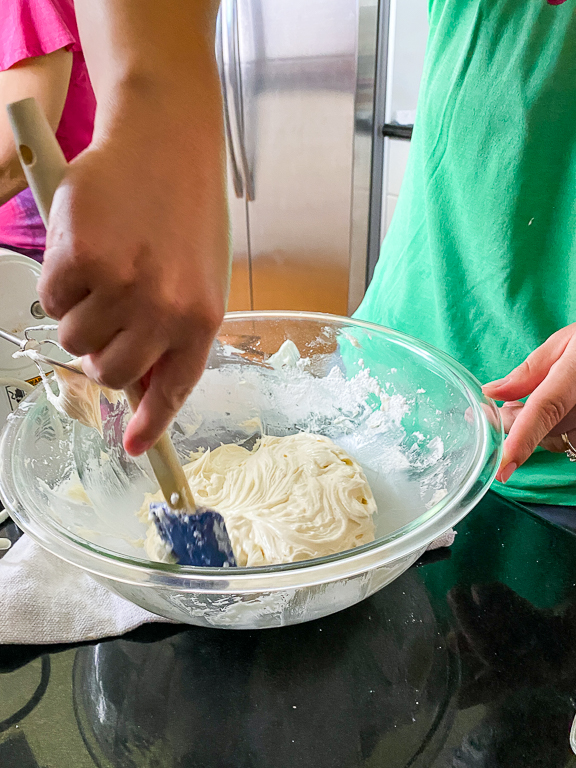 I know they're excited for this. Alli was back and forth to the kitchen asking when Theresa would be done with the beaters. 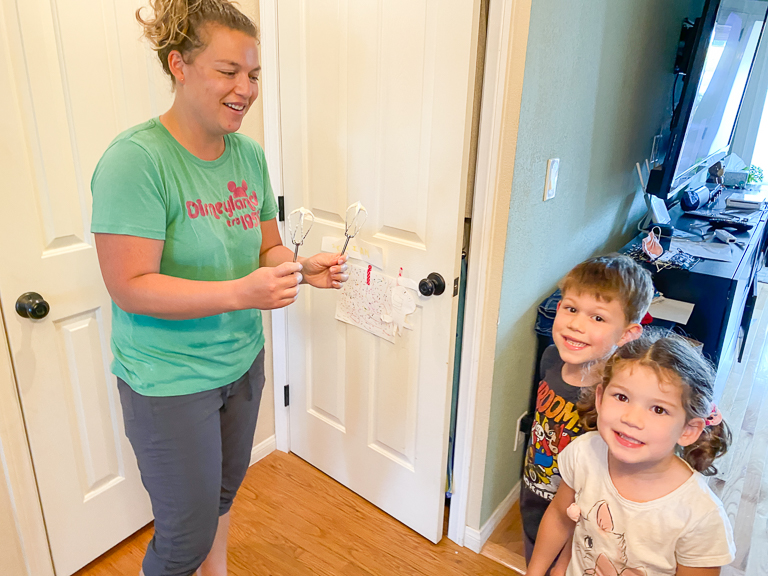 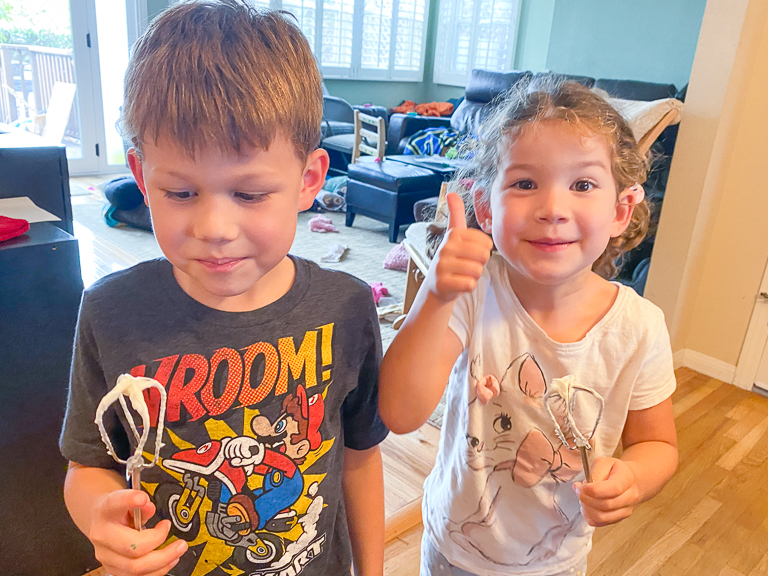 These look and smell delicious. 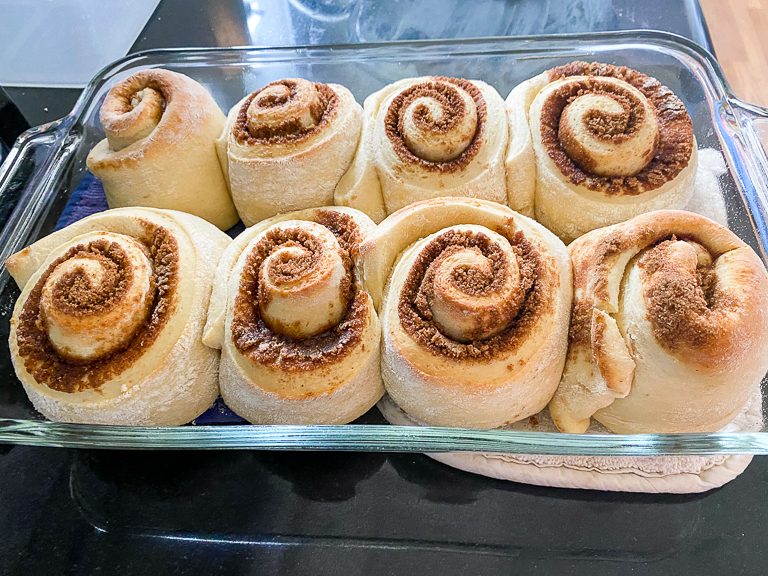 While they're hot, Theresa topped them with just a little bit of frosting. 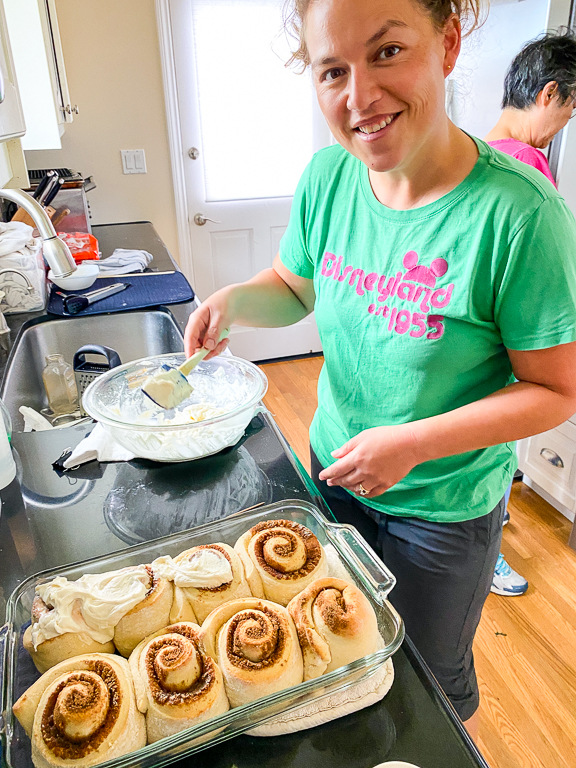 It's breakfast for dinner! And we've got so many tasty things. 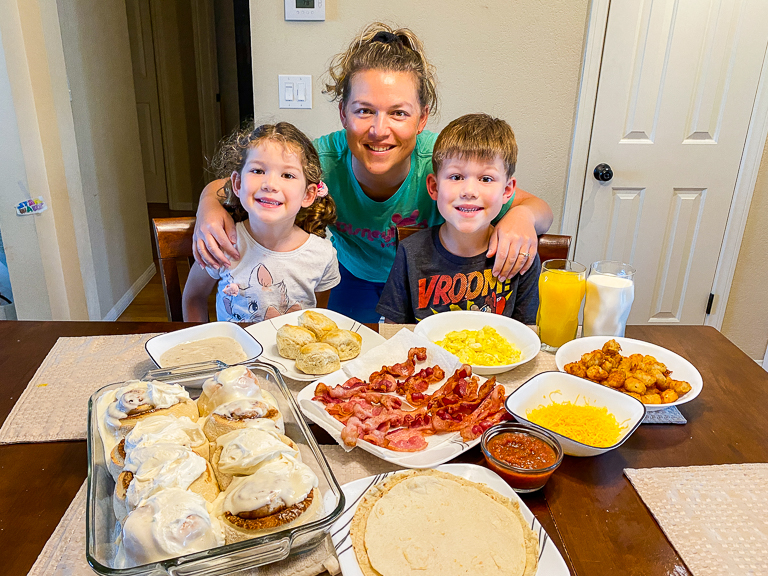 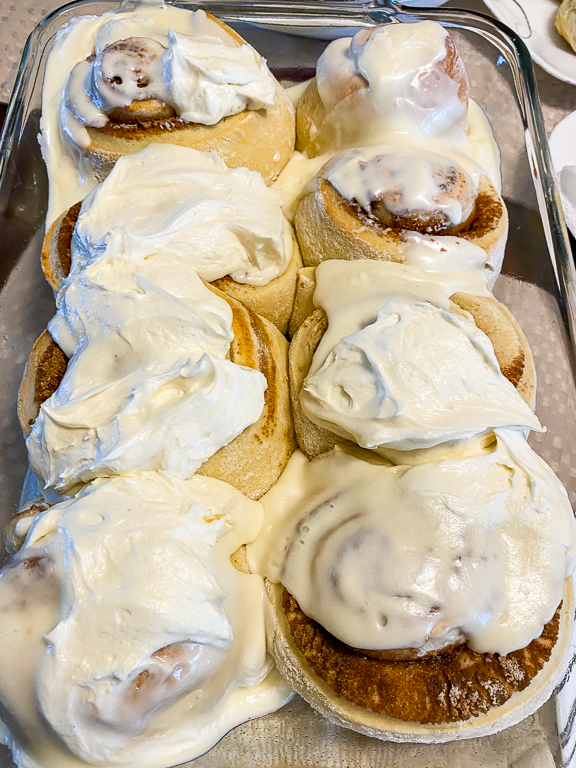 Biscuits and Gravy. Both these turned out very good too. 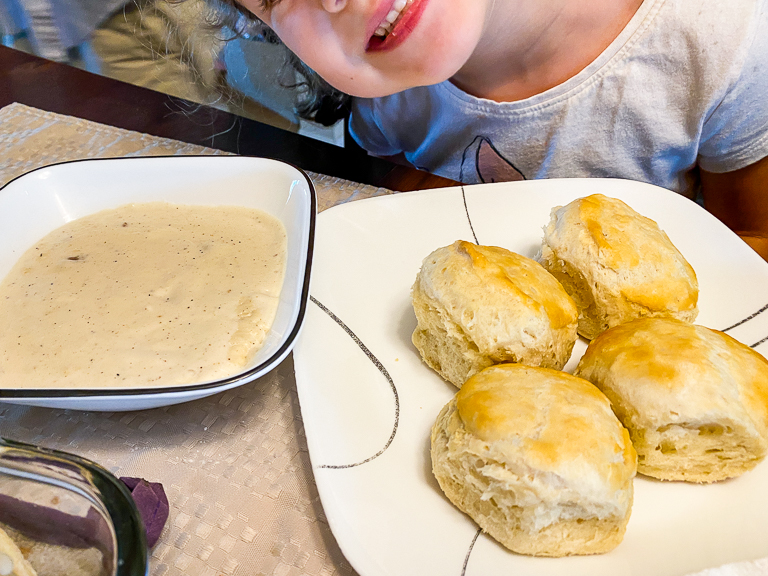 And Theresa and I love breakfast burritos, but don't have the opportunity to make them very often. 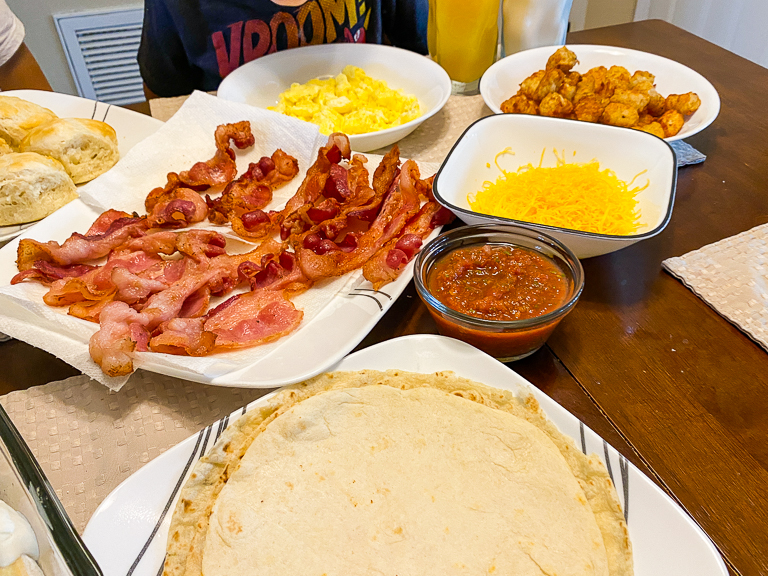 Using two serving spatulas to scoop out an ooey gooey cinnamon roll. I think they use this same method at Cinnamon too. 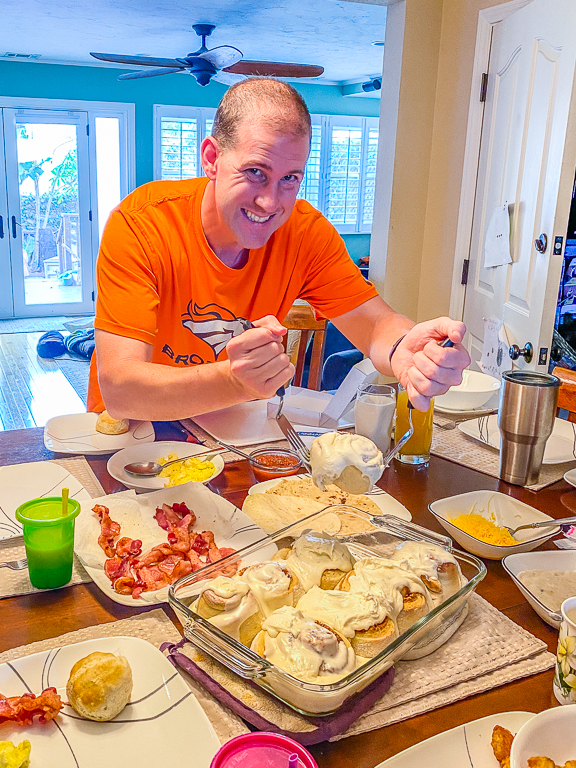 For the containers, I ventured into my first clamshell designs. The one on the right is the biggest I could make with a single sheet of 8.5x11 paper. Probably too small for the cinnamon rolls we made today.
The one on the left is two pieces of paper. I made a top and a bottom and left an extra tab on it to glue together. 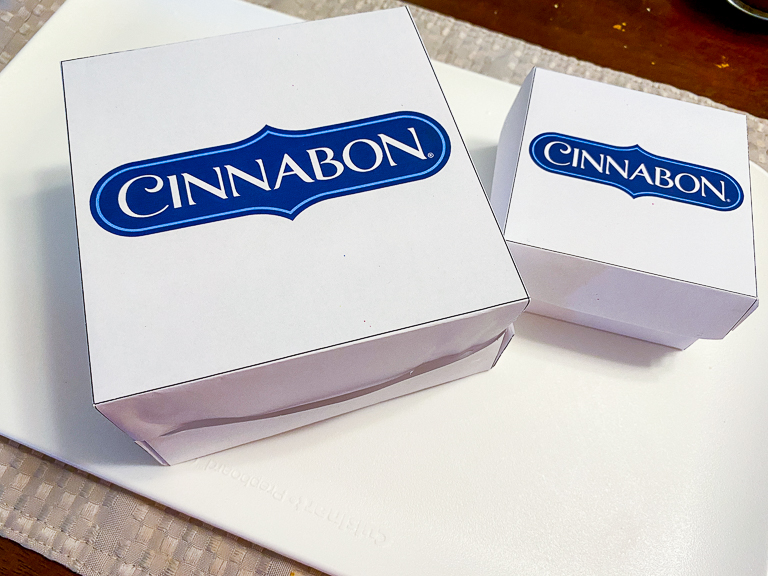 Beautiful. Or as Alli has been saying lately, Brilliant! Here's my plate tonight. OJ and Milk to drink. A brilliant cinnamon roll with as much frosting as I want. Biscuits and Sausage Gravy that was really tasty. And a breakfast burrito with all my favorite fillings. Fluffy egg, chewy bacon, shredded cheddar, delicious salsa from our El Torito night, and crunchy tater tots. 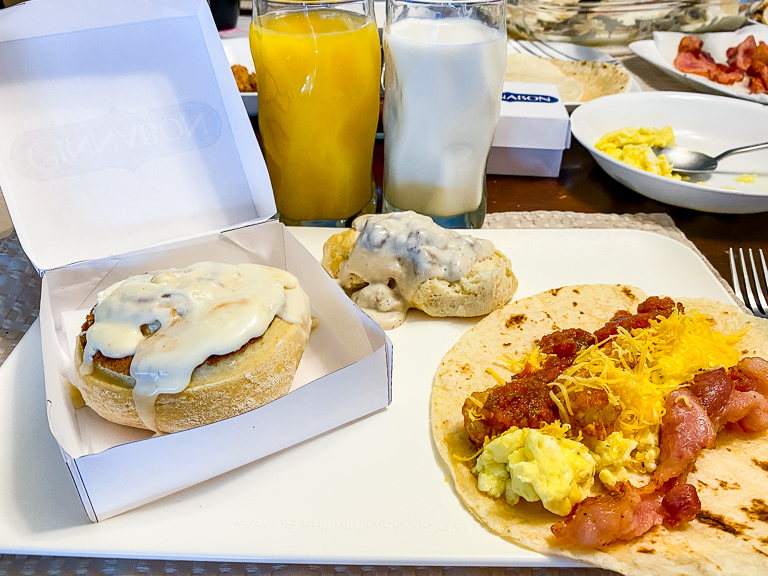 These are so delicious. 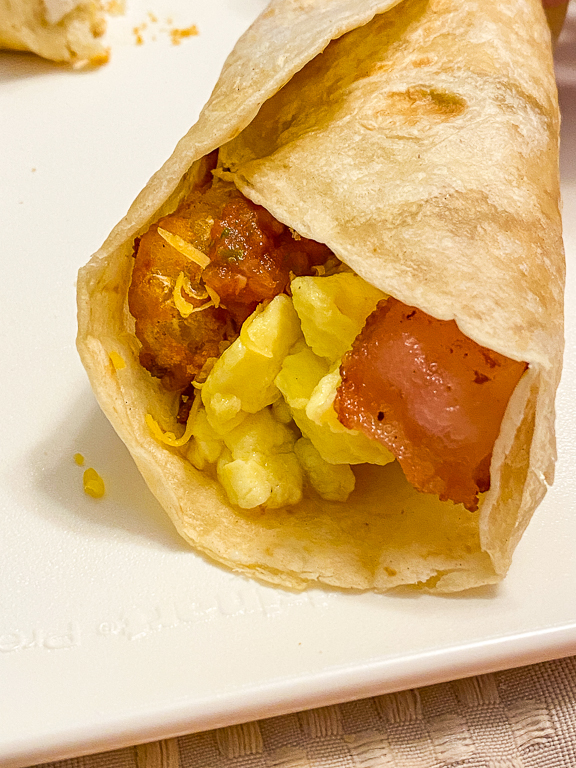 That is a waterfall of icing. 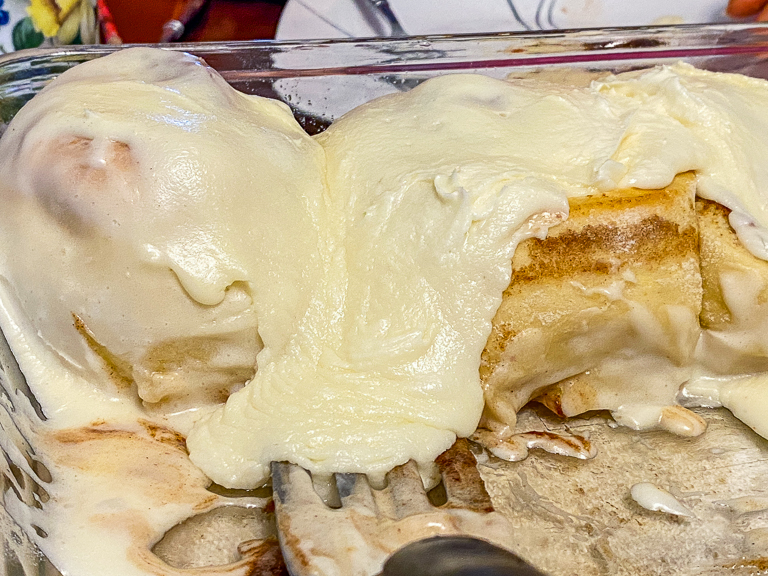 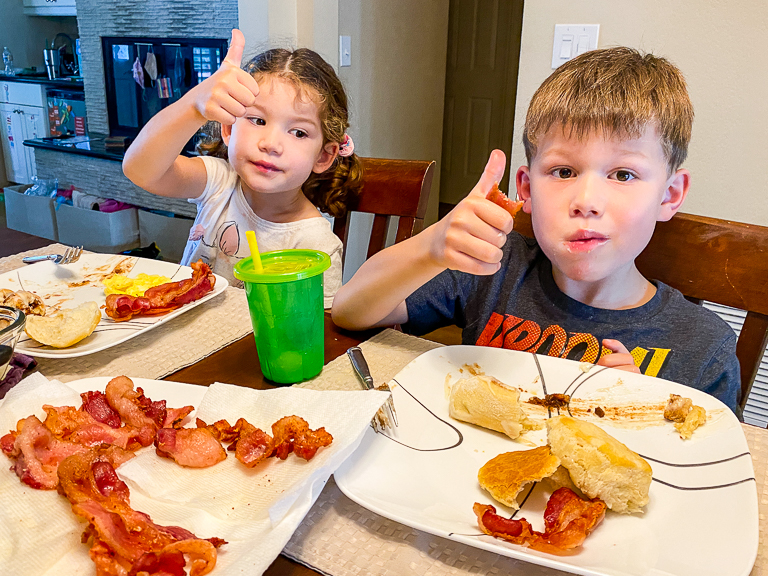