Encouraged by her earlier success at making a Chocolate Nothing Bundt Cake, Theresa's next attempt was a Red Velvet Cake. After devouring the first cake, the kids were really excited to have her make a Red Velvet Cake with chocolate chips next. 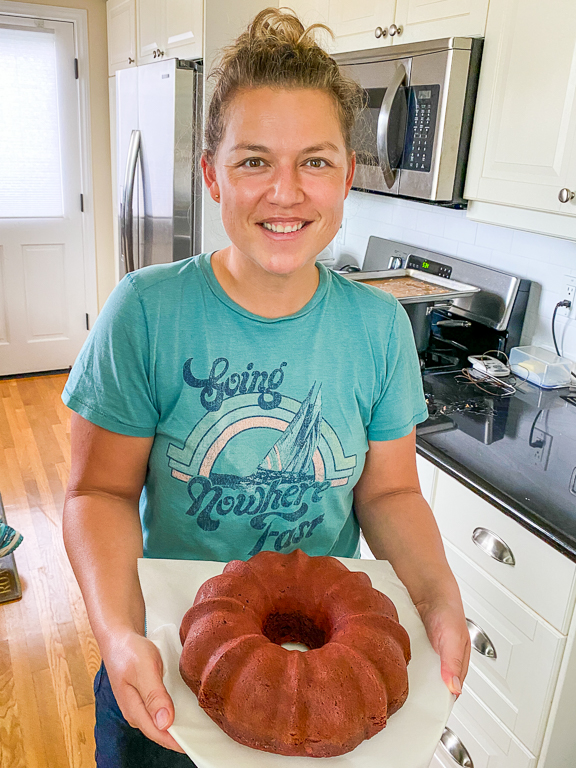 Starting with a boxed Red Velvet Cake Mix, she then added pudding, chocolate chips, and a few other things. About 45 minutes at 340F and it was done!
And actually, these cakes taste better when they're a bit chilled, so she flipped it over and set it in the fridge for a couple hours before frosting it. 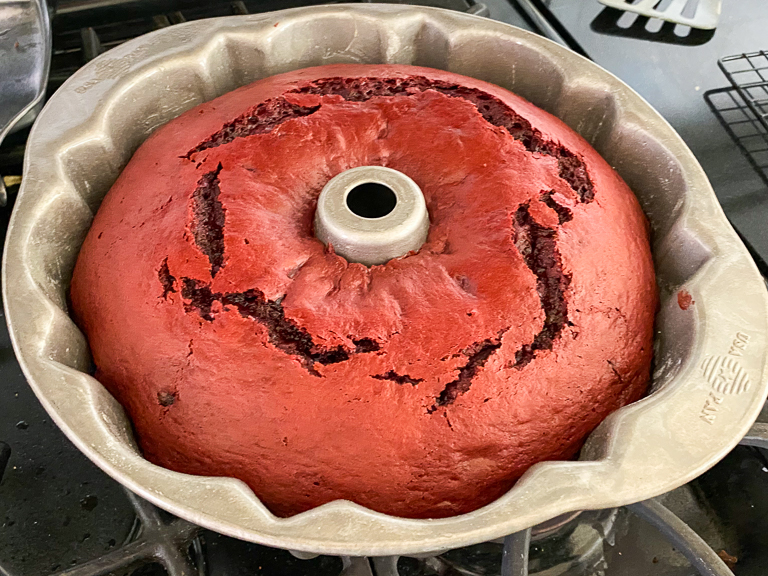 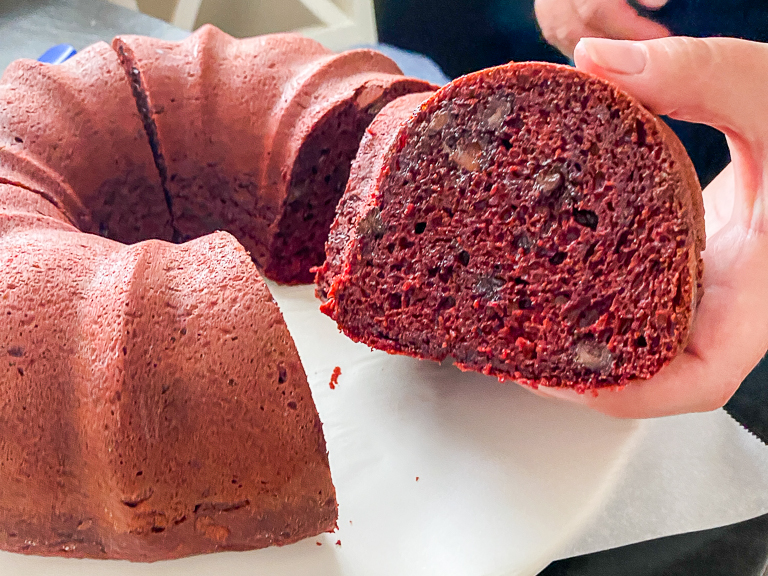 Alli - It is my favorite cake I've tasted yet.
Ian - It was delicious and the chocolate chips just melted in my mouth. And the red velvet was tasty.
I don't think I could have said it any better than that, kids. Nice job Theresa! 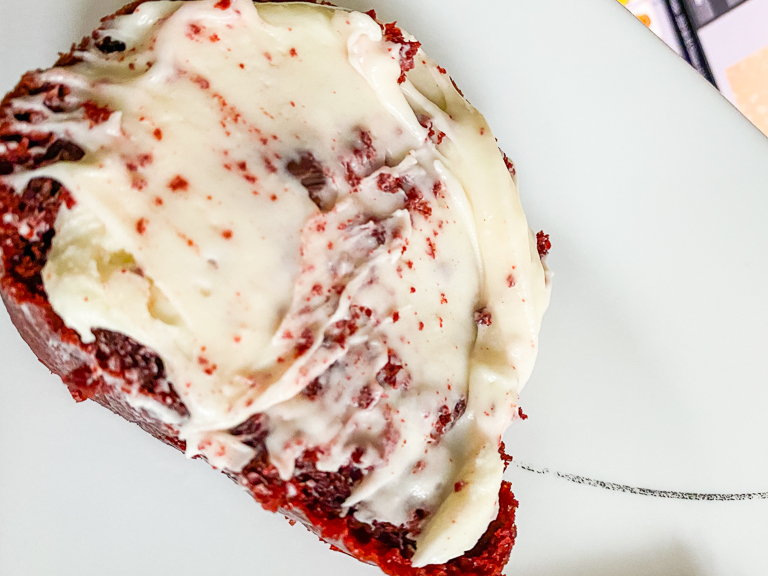