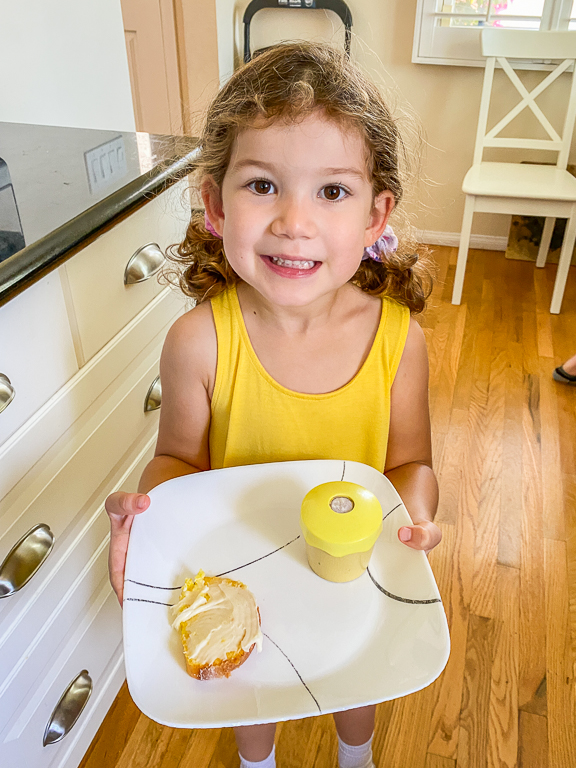 Alli, do you want to help make something in the kitchen?
<Alli sprinting into the kitchen>
Alli - I want to help!
Using a Lemon Cake Nothing Bundt Cake copycat recipe from favfamilyrecipes.com they're using lemon cake mix, lemon pudding, lemon juice, sour cream, and other cake ingredients. 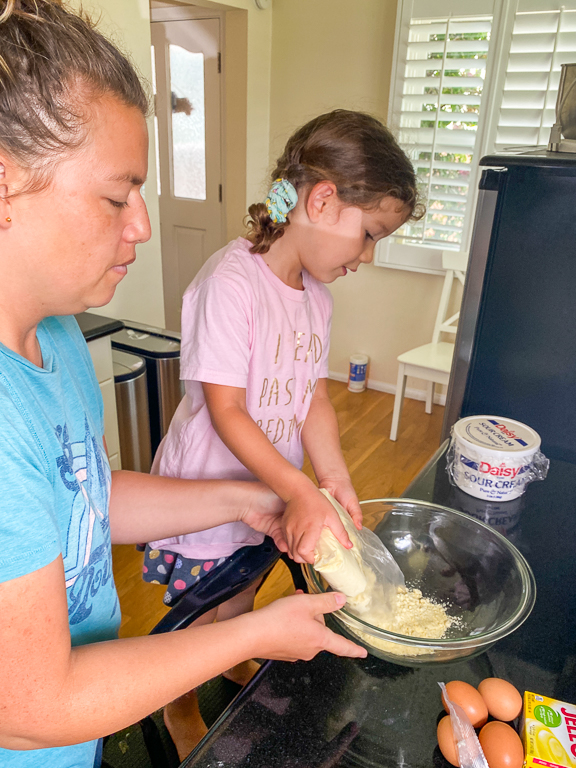 Alli is getting better and better at carefully adding ingredients and not spilling anything. 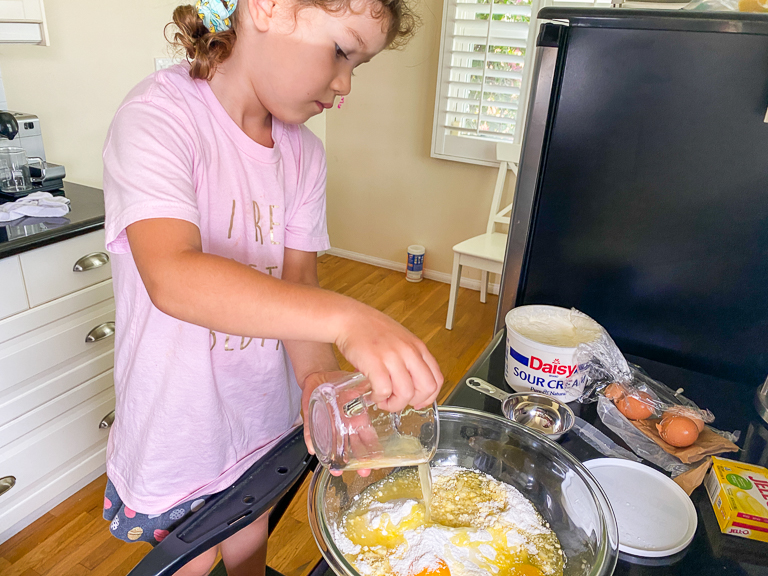 Time to mix! Lesson for next time, don't mix on a quick speed. We're not trying to build up much gluten in the mix. It really just needs everything incorporated together. Don't over-mix! 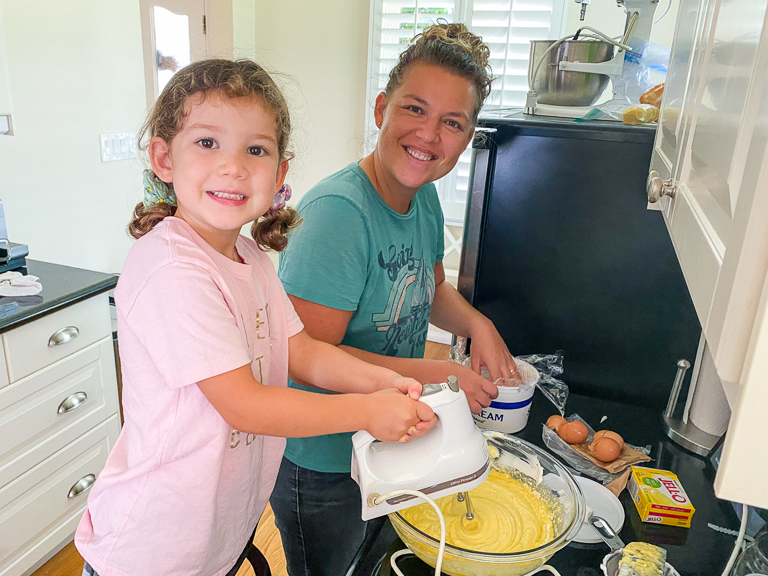 Alli this is your job this time. She grabbed a hunk of shortening and greased up the inside of the bundt pan. We also dusted the insides with sugar this time, to hopefully give the outsides a crunchy sweet crust. 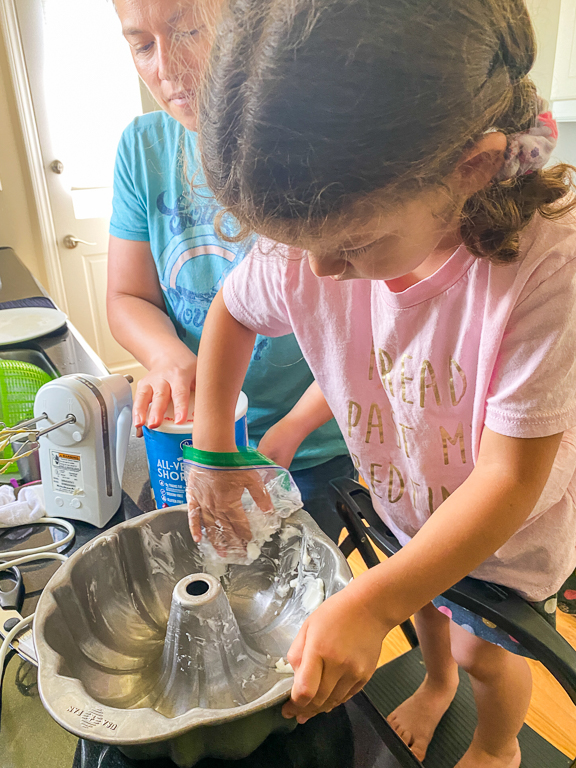 Coming out of the oven, it was super fluffy! 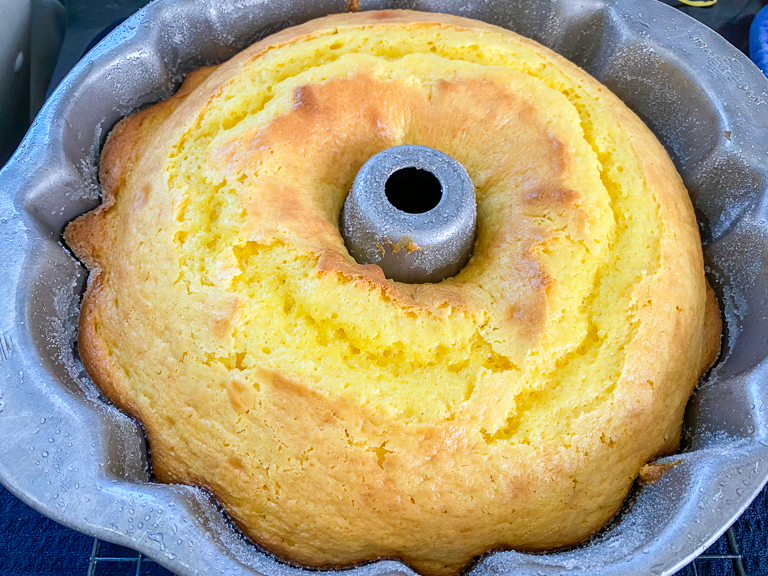 And then started to deflate. What happened?!? The recipe called for mixing for 2 minutes. We mixed it, but on high, which after some research by Theresa later said leads to too much gluten. 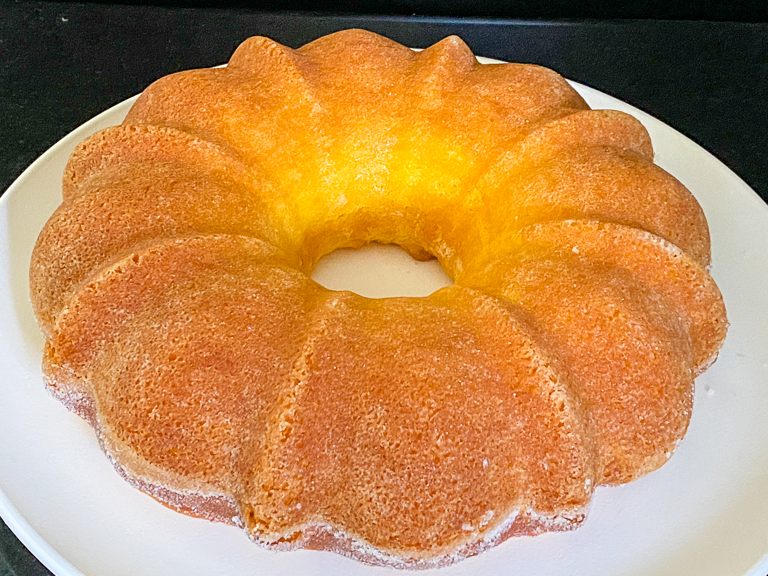 Alli, that's a great shirt to be wearing to eat that lemon bundt cake with. I love the yellow shirt choice today; it's a beautiful summer shirt.

And I was on the couch when Alli came and delivered a piece for me. Alli this is massive with lots of frosting! I love it!
And after tasting it, I love the taste too! The sugar did indeed make a nicely textured crust. 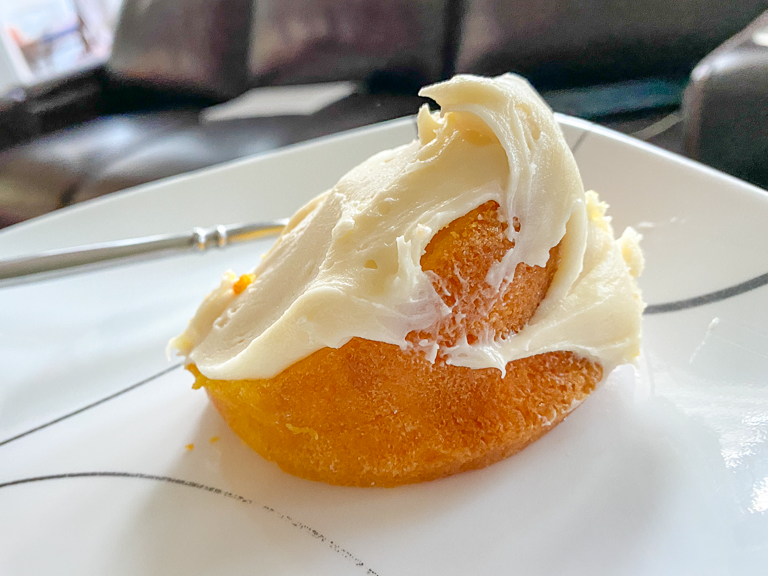