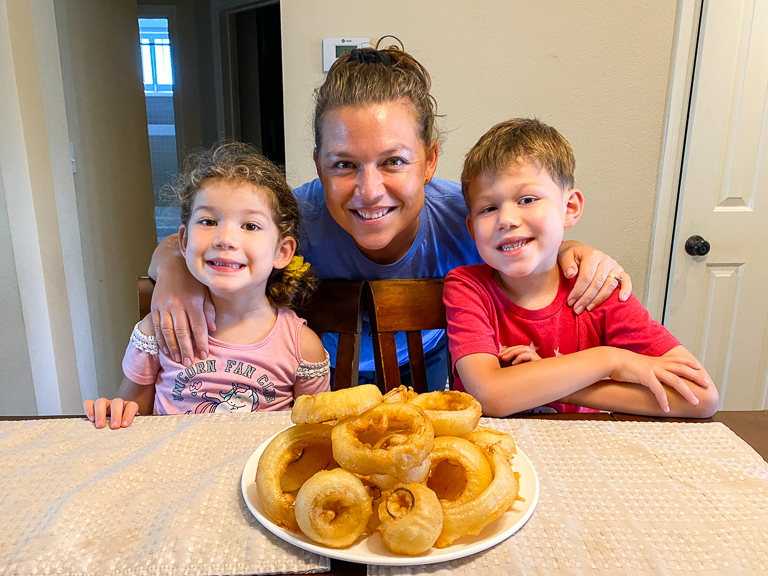 Despite loving onion rings, I've never actually made homemade onion rings from scratch. The frozen kind, sure, but never start to finish. Theresa found a very well reviewed recipe on foodandwine.com. It has 5 stars with nearly 2000 reviews! The batter is very simple to make. 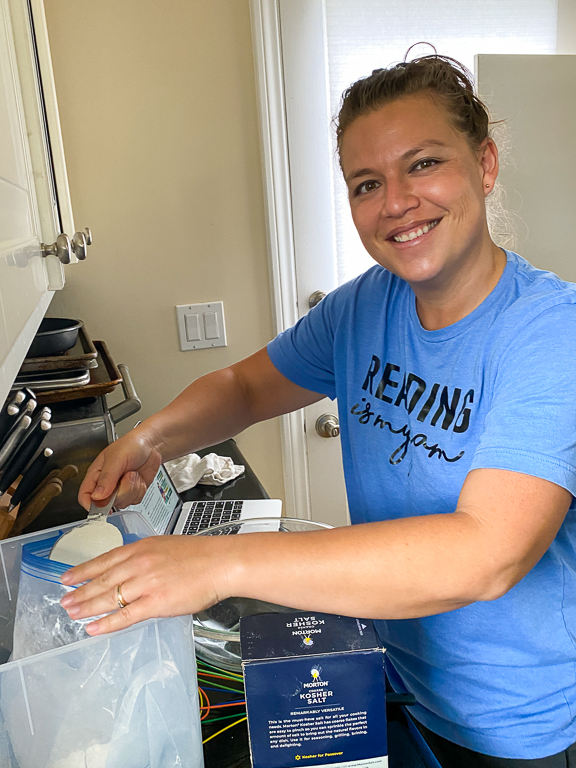 While she's doing that, I grabbed a single large onion and started slicing. 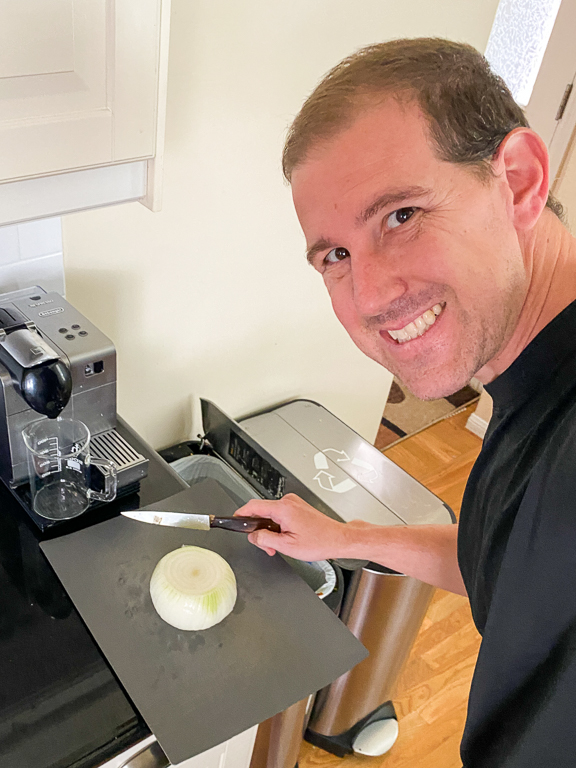 With the batter sufficiently mixed, it needs to sit for 10 minutes. 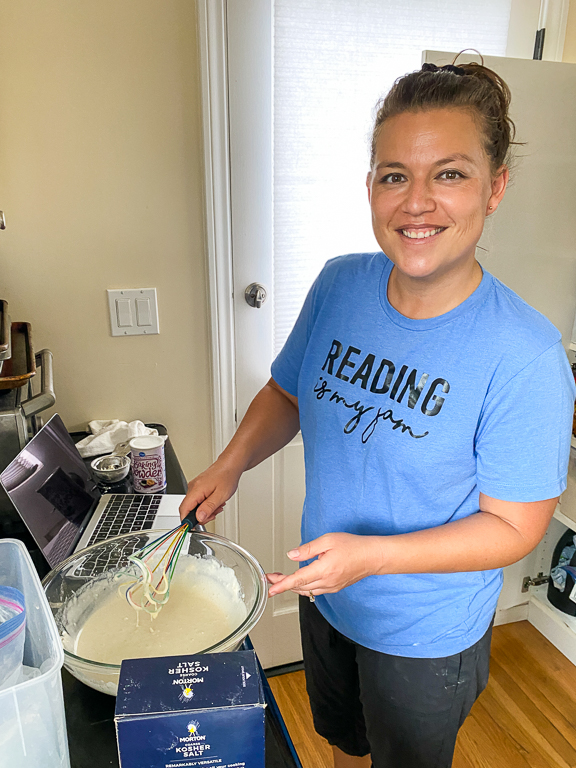 The onion rings are ready to go, and the temperature of the oil is a little over the required 380F. 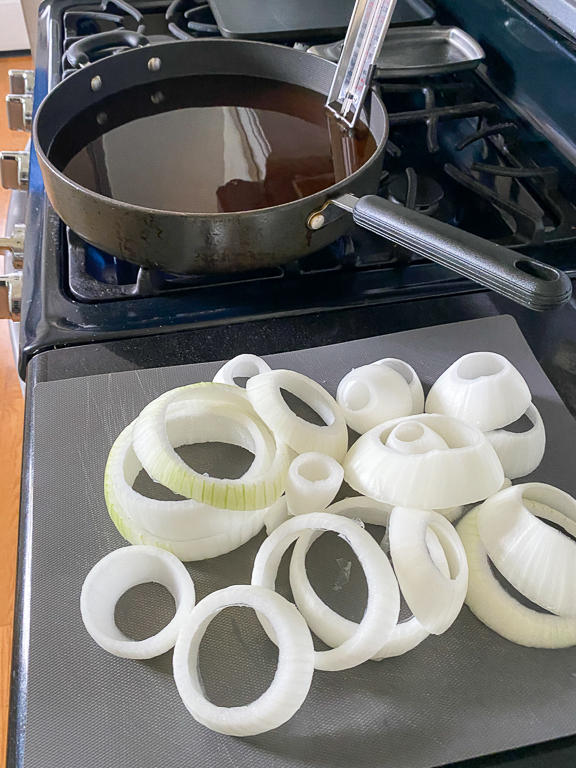 It's time to fry. 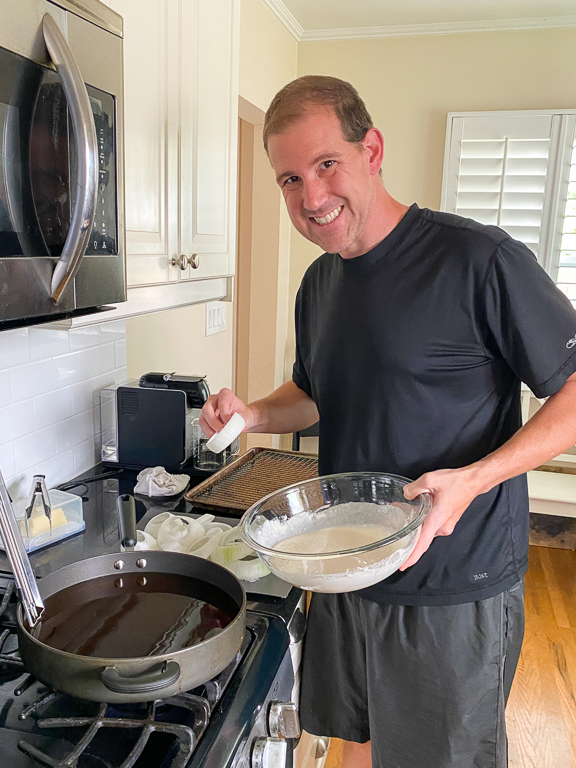 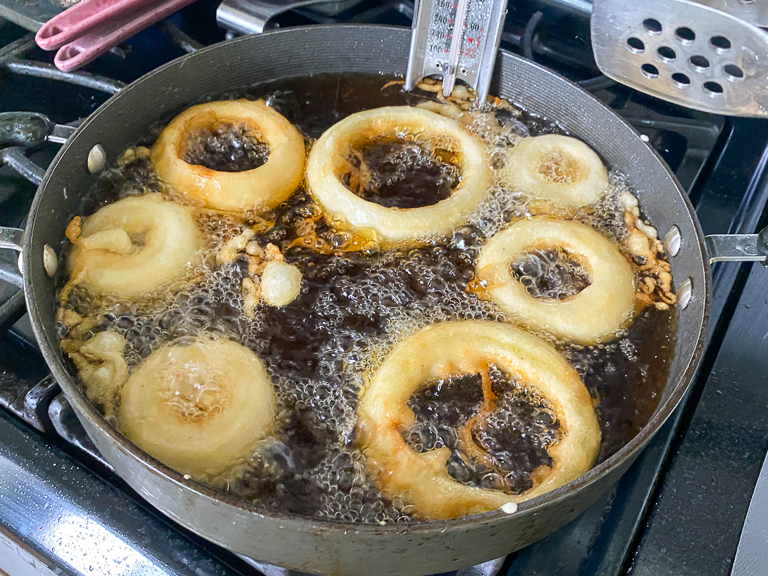 The single onion cut into thirds made a giant plate full of onion rings.

Ian got the biggest onion ring on the plate. Pretty bold opening move. 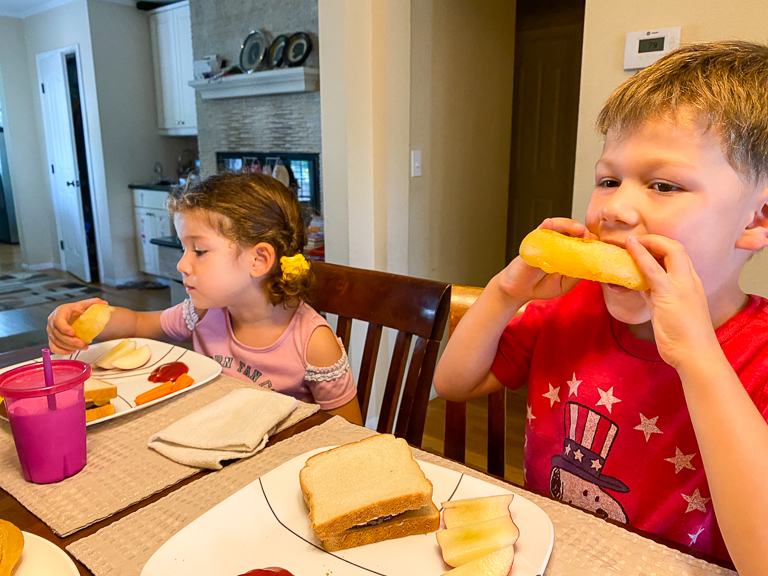 It's a success! Alli liked them too. Ian said to save that recipe.
And despite not having hamburger buns and just using bread, and then only salt and pepper for the meat, Ian thought the burgers are the best we've made at home. He wants me to remember that recipe too. 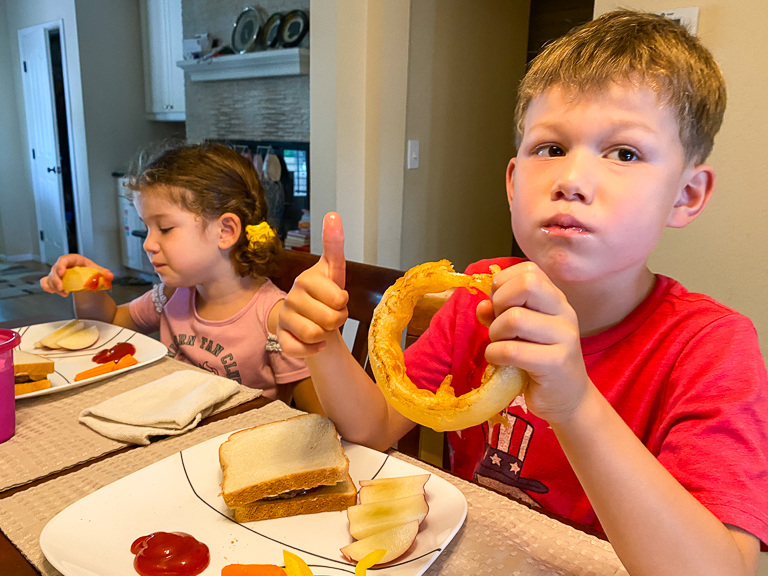 The onion rings turned out really really good. The batter was very crunchy. Even the ones that were left on the plate 20 minutes after cooking still have a very good crunch to them. 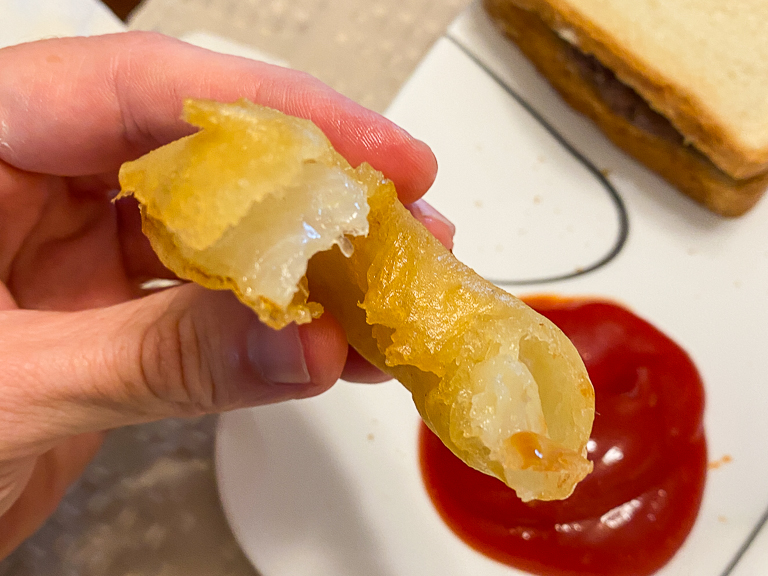 I love a good onion ring, and these are some of the best I've had. 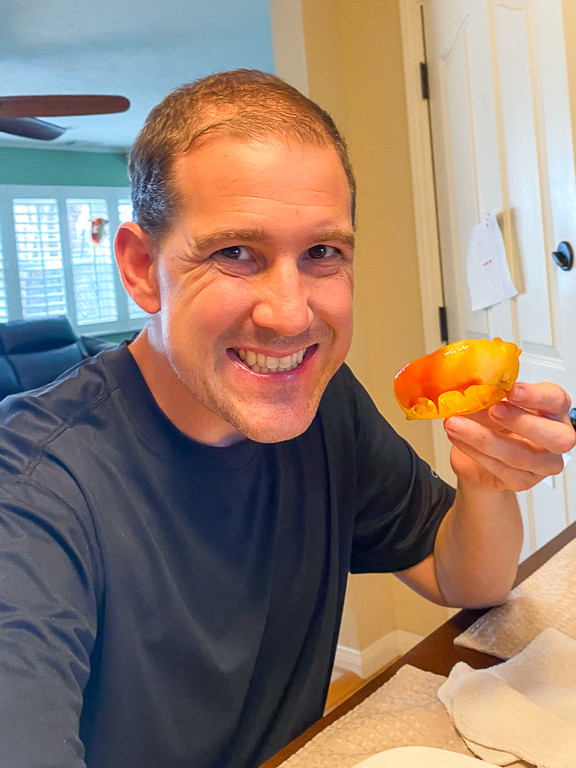 Richard and Chi agreed. Chi told us to same that tempura recipe because it would be really tasty with other things too. 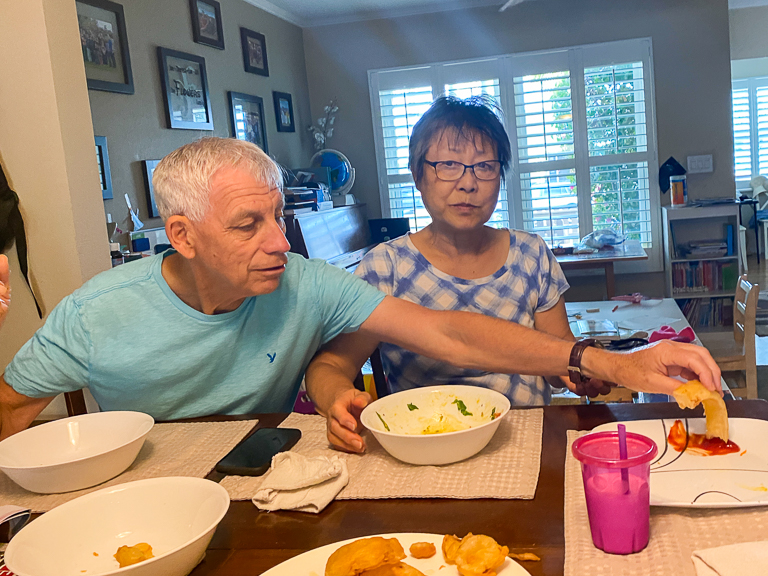 Theresa had planned to have just one... 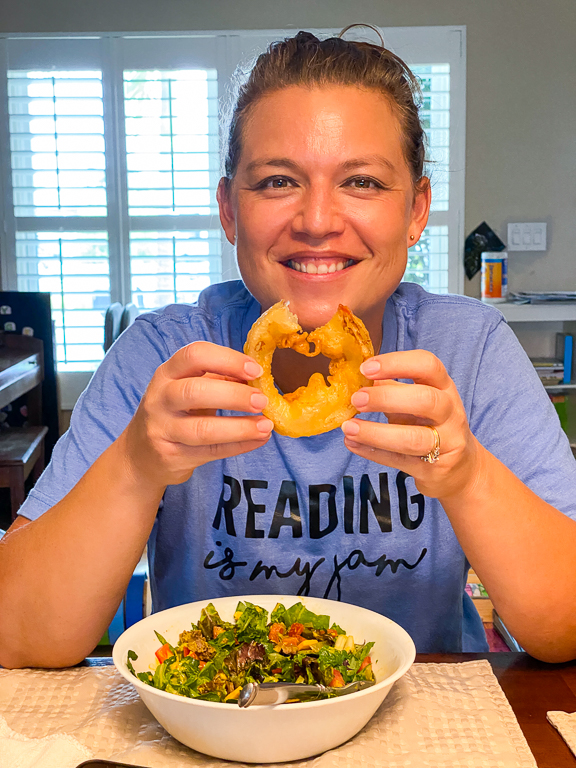 But then this is the text that she sent her sister. 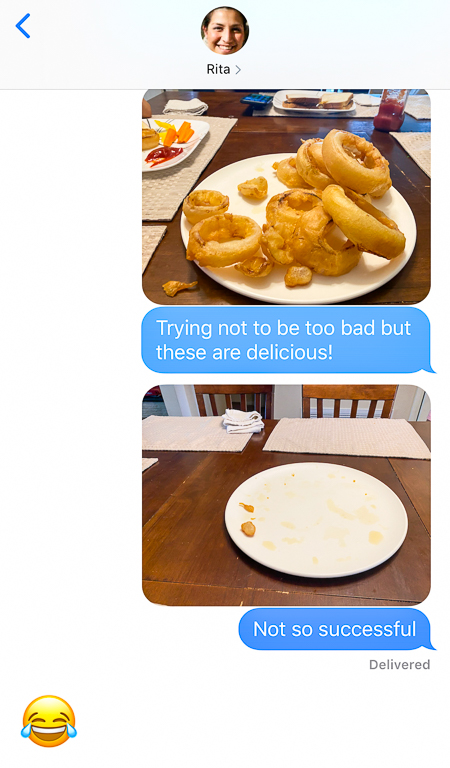 I was really glad we decided to celebrate today. These are even better than frozen french fries to have with meals. I'm guessing these will be on our menu frequently. It's great to try new things!
Posted by Joe at 5:00 PM