A Birthday Celebration at the Sherman Oaks Castle Park 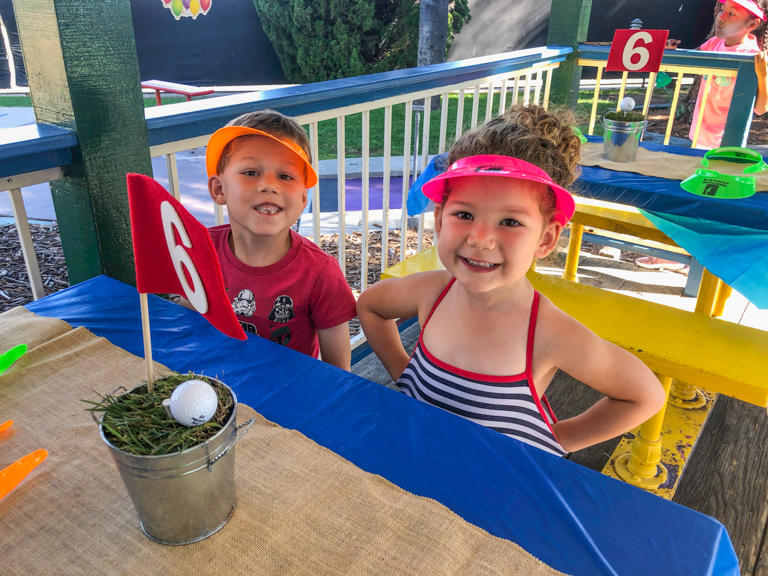 Normally we'd be at Disneyland at a castle, but that's okay. We're still at a castle! Castle Park with mini-golf, an arcade, and batting cages! 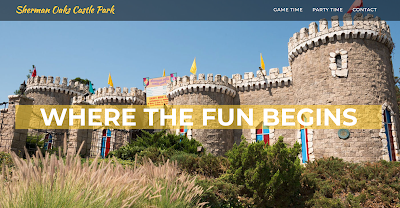 We've had a lot of experiences, and it's hard to believe, but mini golf is not one of them. This is Ian and Alli's first time! 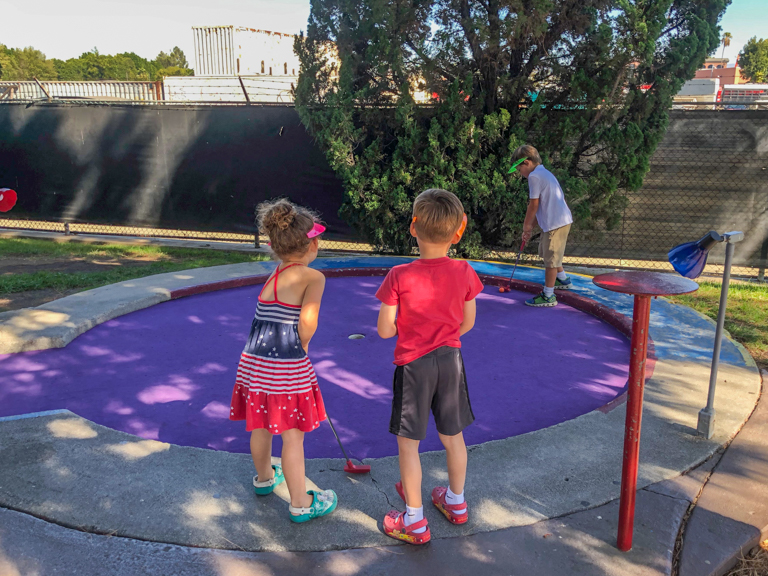 The kids all did a pretty good job waiting their turns. 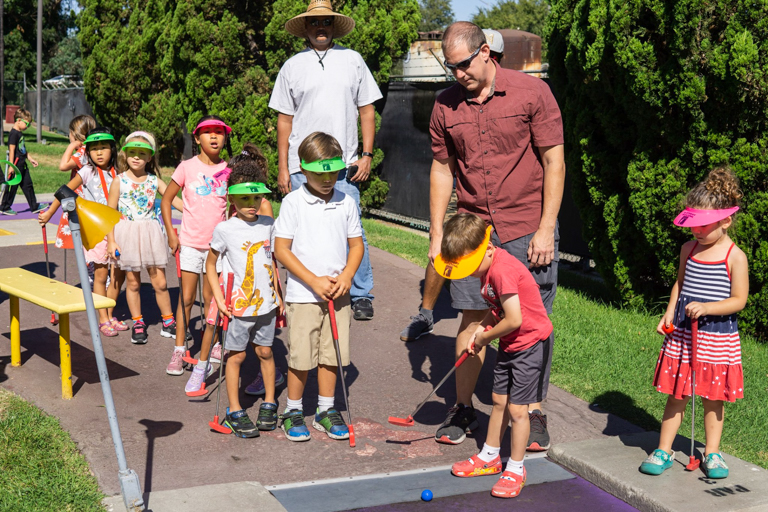 Luckily it was early and there weren't many other people on the course. 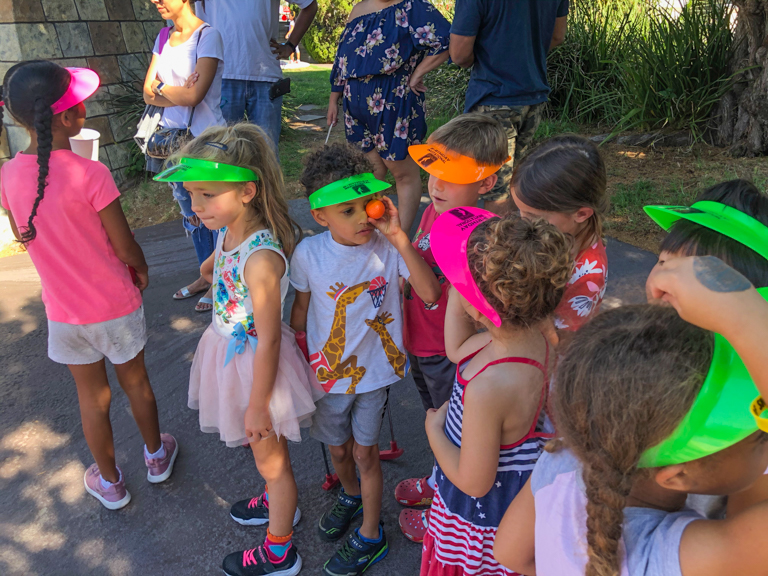 After finishing the purple course, the kids and I left for the green course. 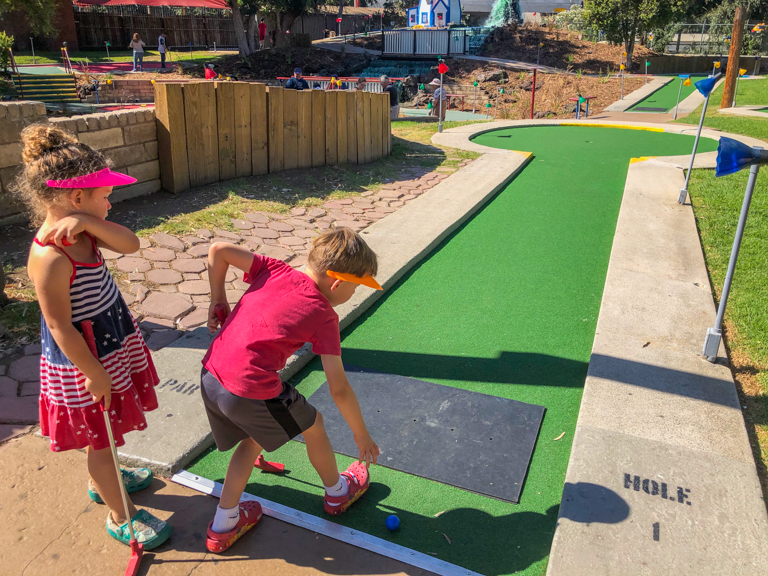 Definitely showing some improvement over their initial attempts. 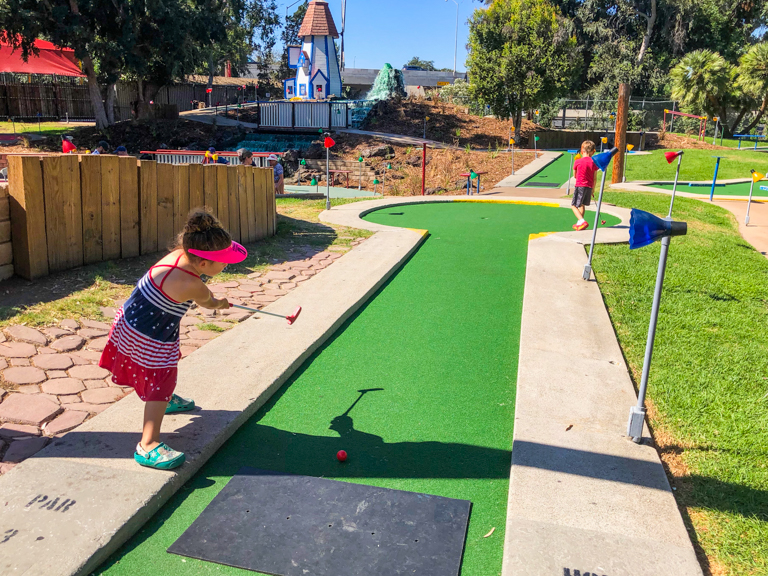 There's some fun things to see along the course. 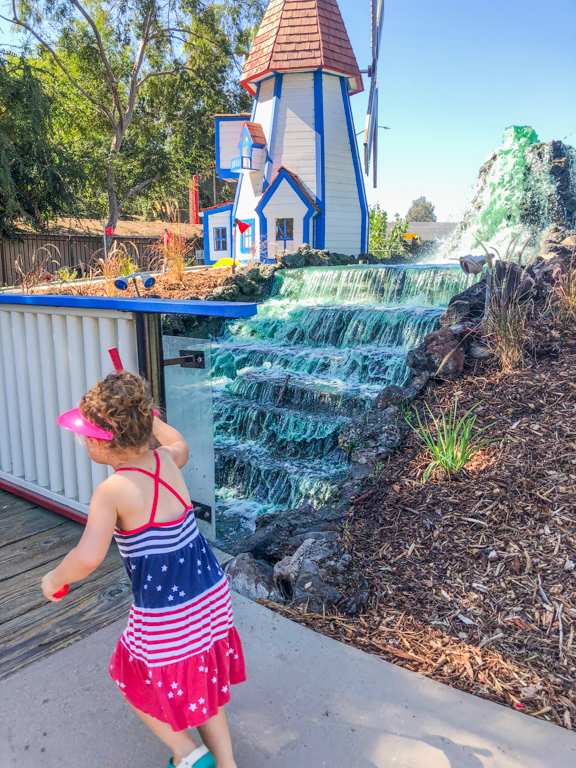 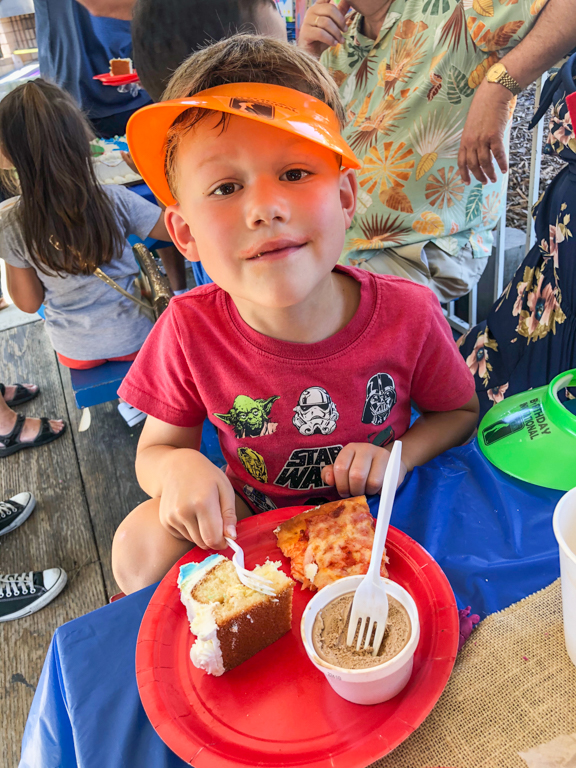 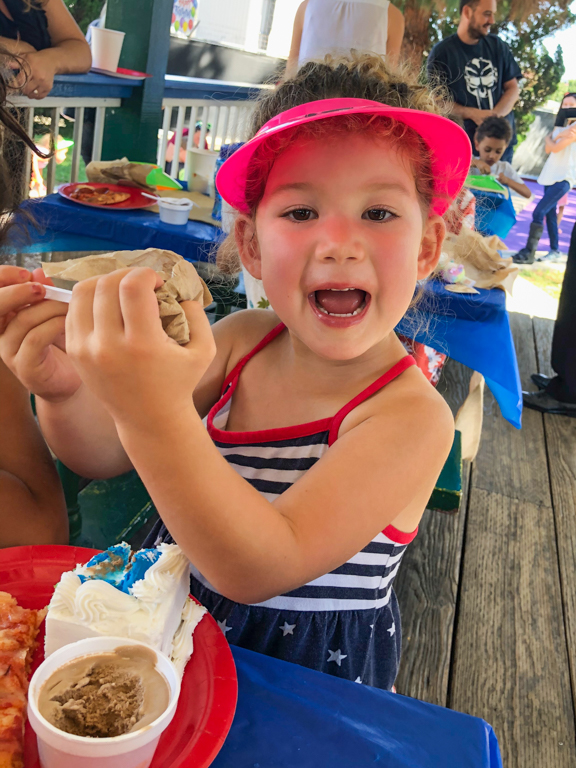 For doing such a good job, along with the visor, everyone got a golf trophy and winner medal. 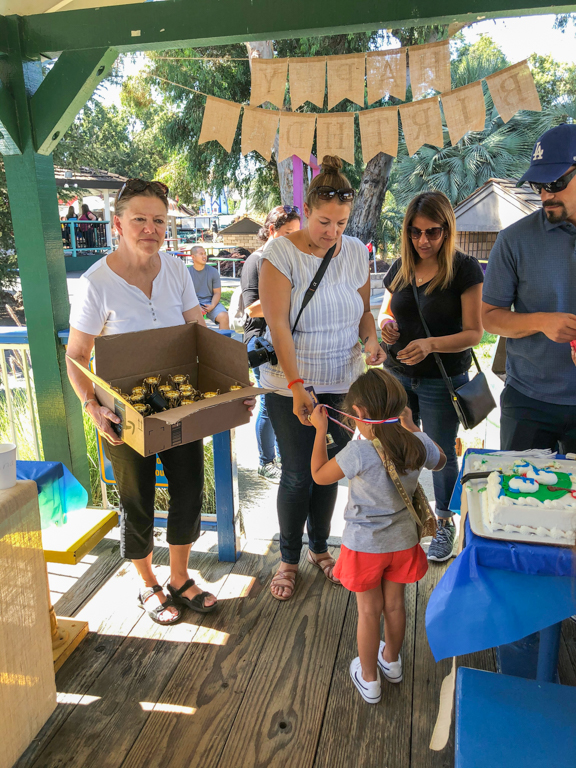 Someone is always happy to get a trophy. 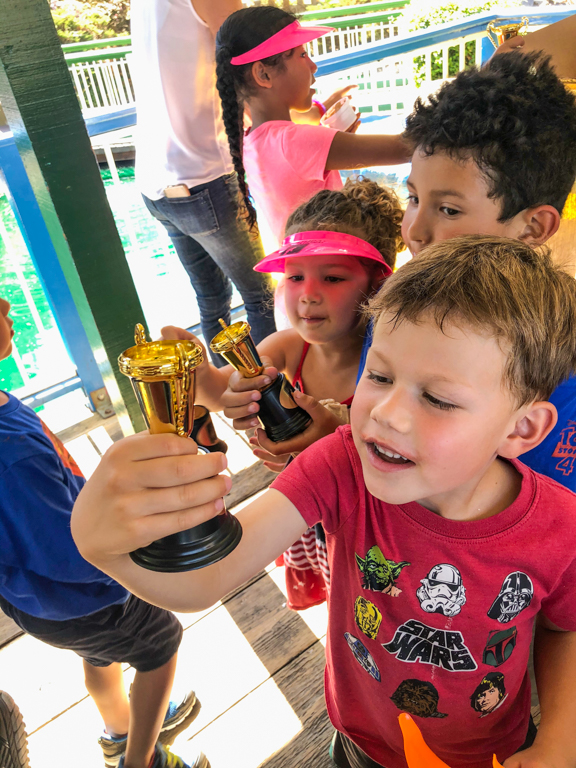 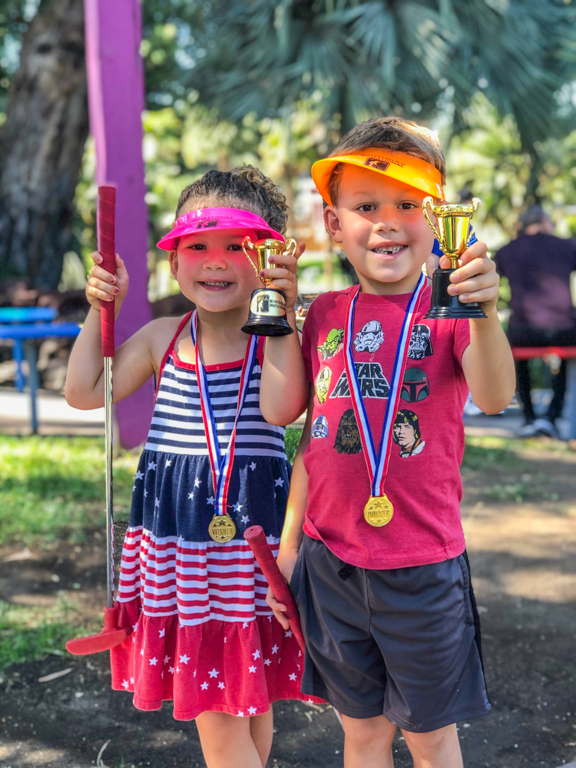 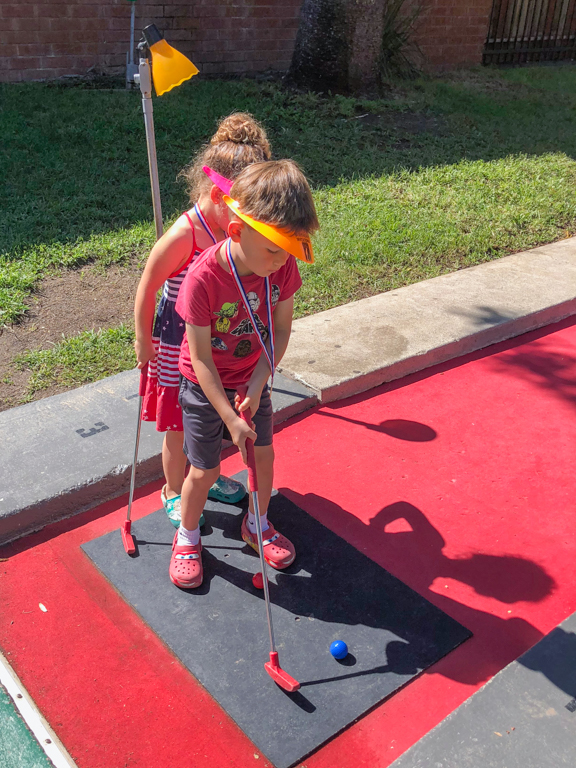 Not bad. Ian and Alli were both able to get a hole in one, and there was much celebrating. 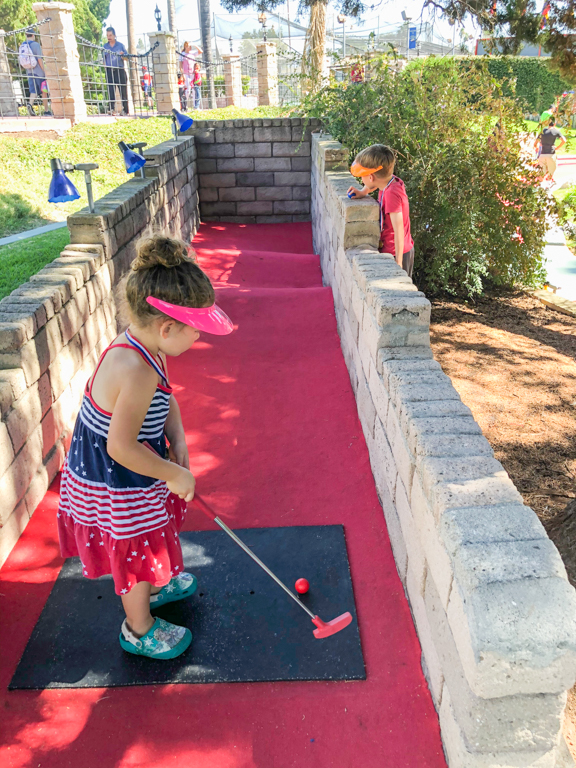 Oooh. Check out the candy house. 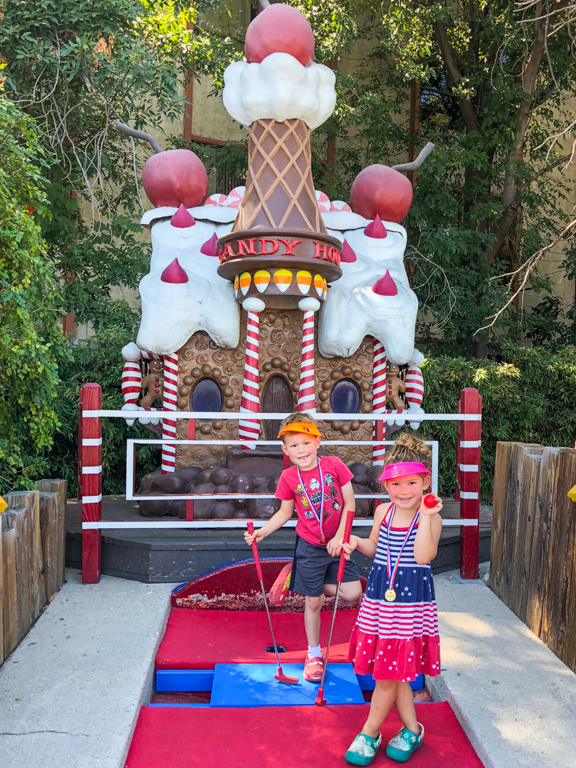 Inside the castle is an arcade. The kids enjoyed Pacman air hockey. You think one disk is fun... 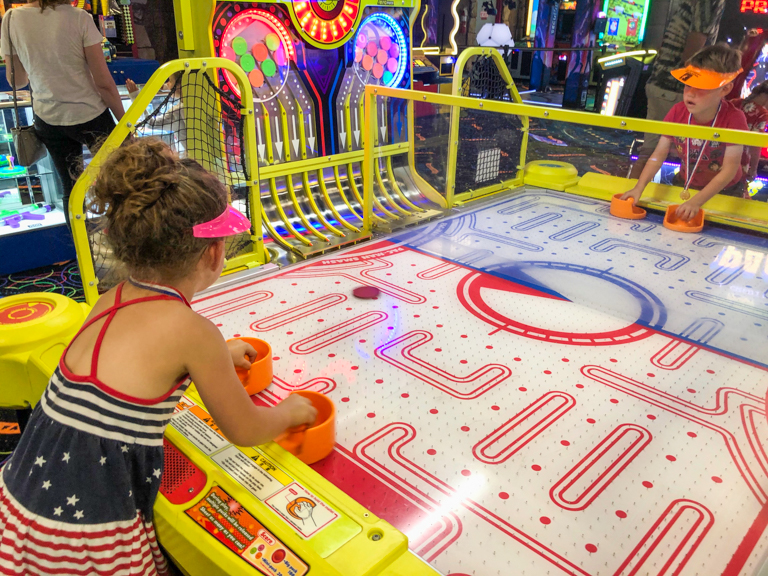 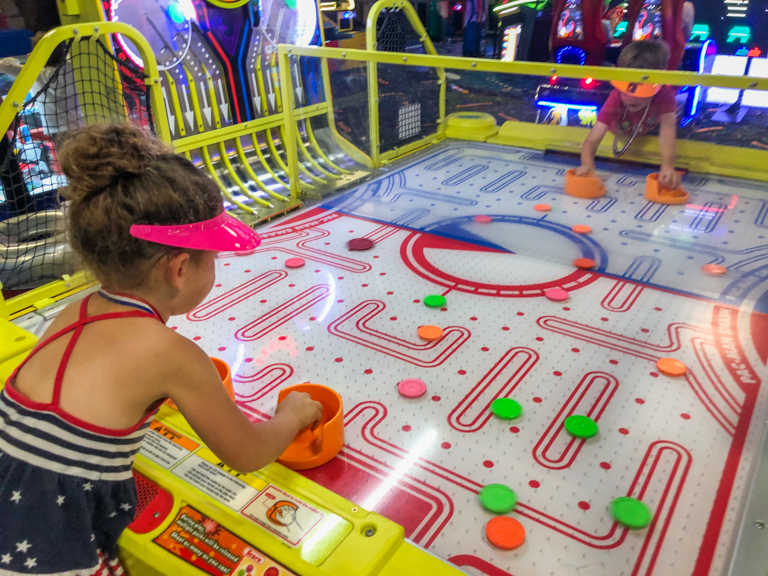 Ian's a big fan of Mario Kart on the Wii, and also on the newly released app for the iPad. It was $1.50 per person on this one. T looked it up and to have 2 systems that link together costs $20,000. I mashed together a video of them having fun.

There's no physical tickets here, but all the tickets they earned were automatically loaded onto their play cards. 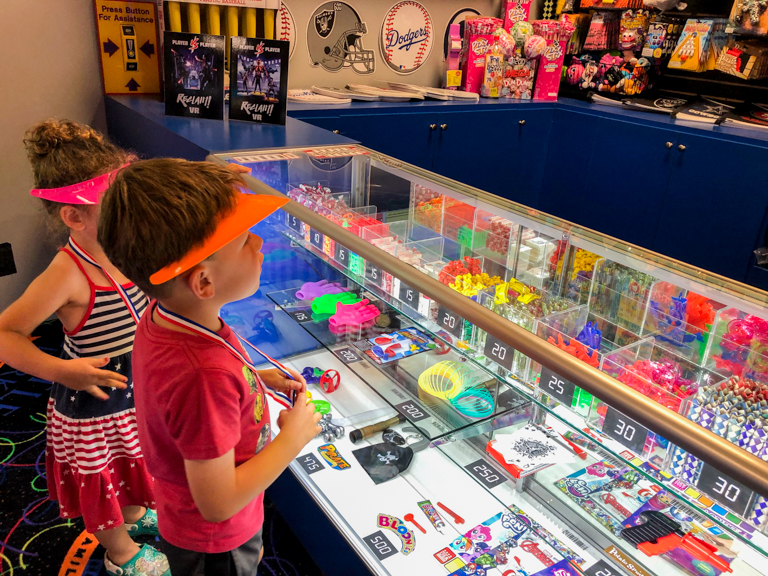 See how we turned $20 into 2 Smarties and 2 Sour Punch Straws?
But seriously, the kids had a blast playing all the arcade games. Alli's favorite was the Pacman Air Hockey table. Ian loved racing on Mario Kart. 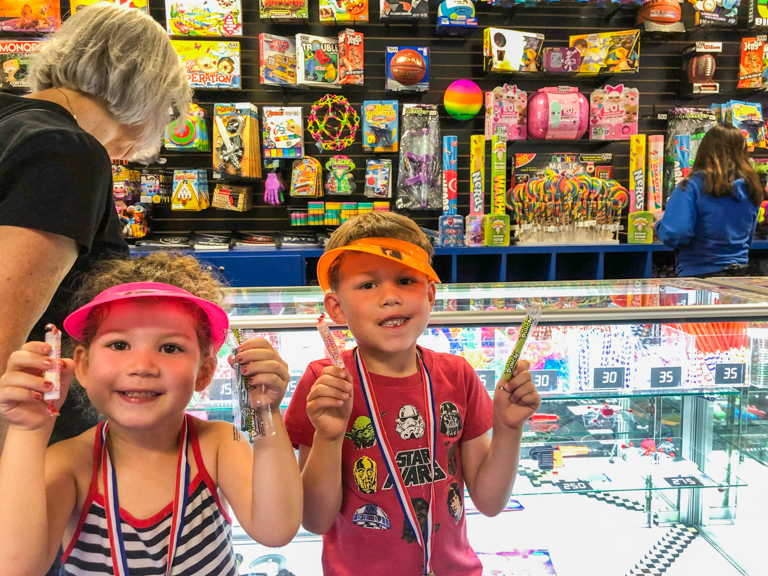 The kids had a great time at the birthday party. And they had fun playing mini-golf too. I'll work with them on technique a little more next time when it isn't so hectic.
Posted by Joe at 5:00 PM