Last weekend we were in California visiting the Oak Glen Apple Orchards. While there, Theresa brought home 10 different kinds of apples so that we could do a big apple taste test. Those 10 apples came with us on the airplane for our Colorado visit! 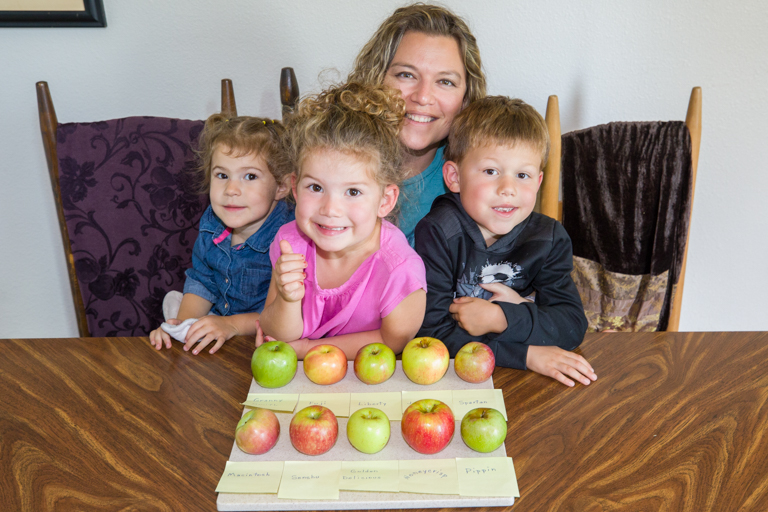 Nice work Theresa. I'm sure they'll be tasty! This is reminiscent of our Apple Taste Test 2018. 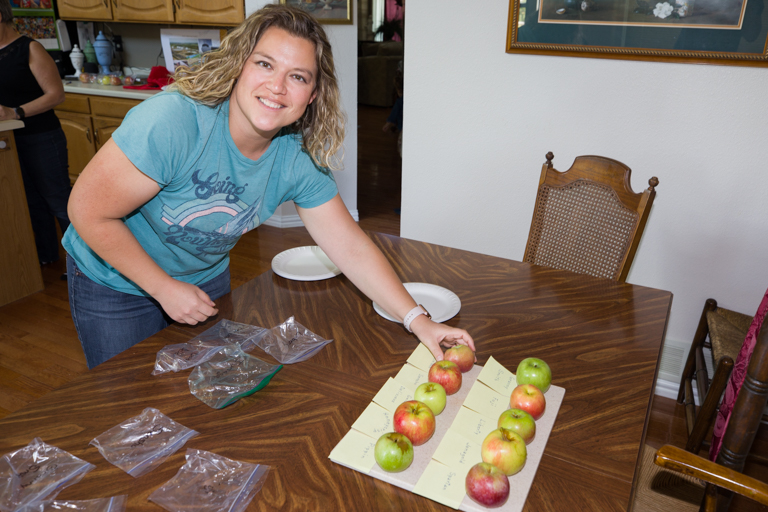 Here's the 10 that everyone will be trying today. You'd think maybe an apple is an apple but when you put them all together there are definite differences. 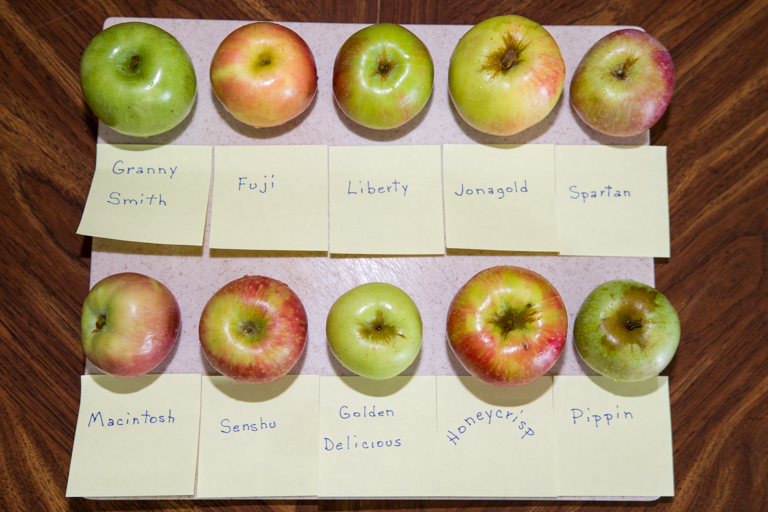 For this special taste test, Theresa purchased a new apple cutter. The one we have at home cuts them into 8 pieces. That's pretty good, but this new one cuts them into 16 pieces! Plus it has an attachment that doubles as a cover and also presses the last pieces through the blades. 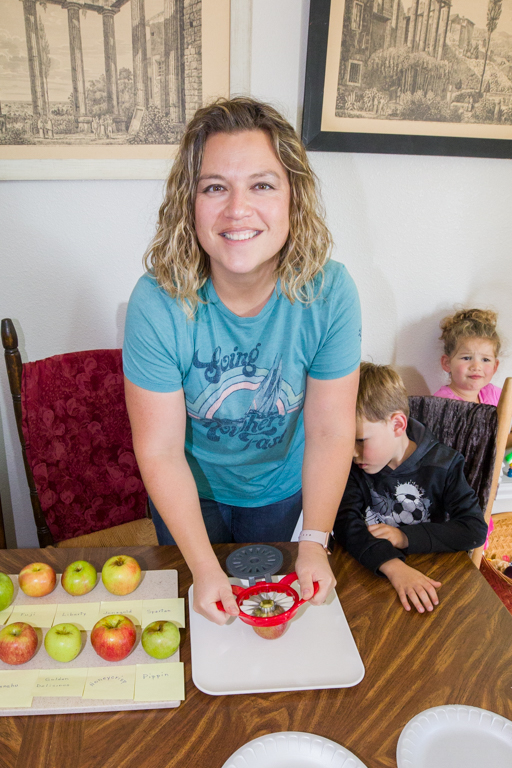 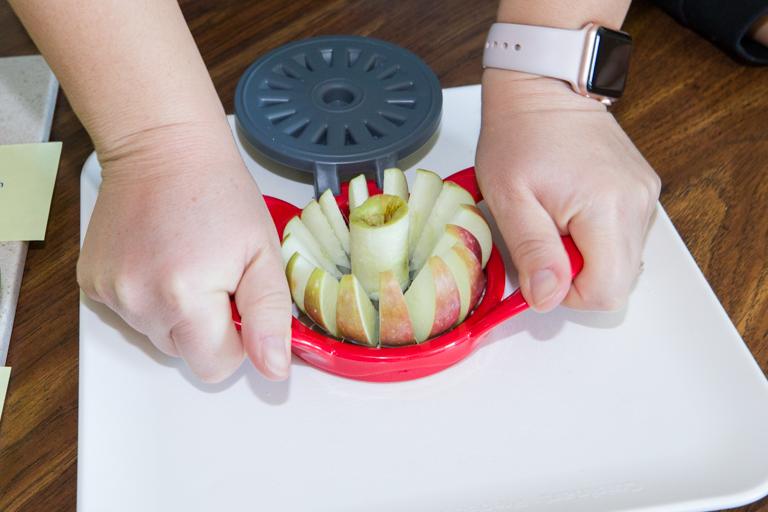 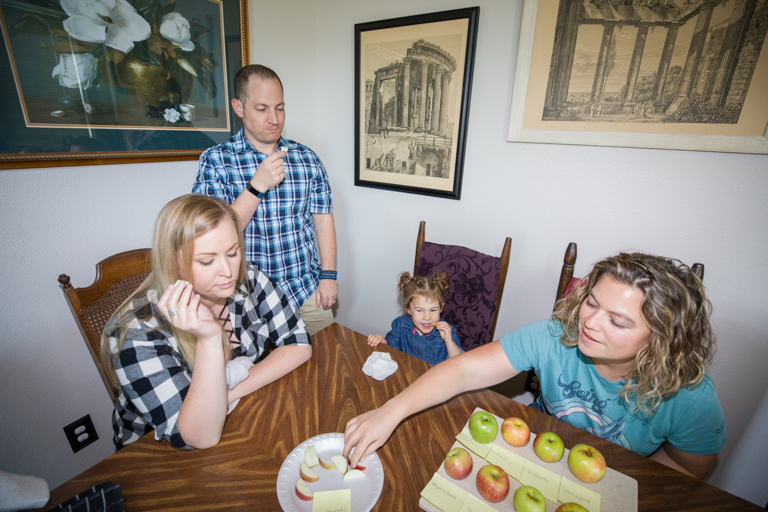 And there were definitely ones that we didn't. For some, texture was important, with a crispy apple being better than a mushy apple. For others, taste was king. Sweeter was generally favored versus the tart apples. 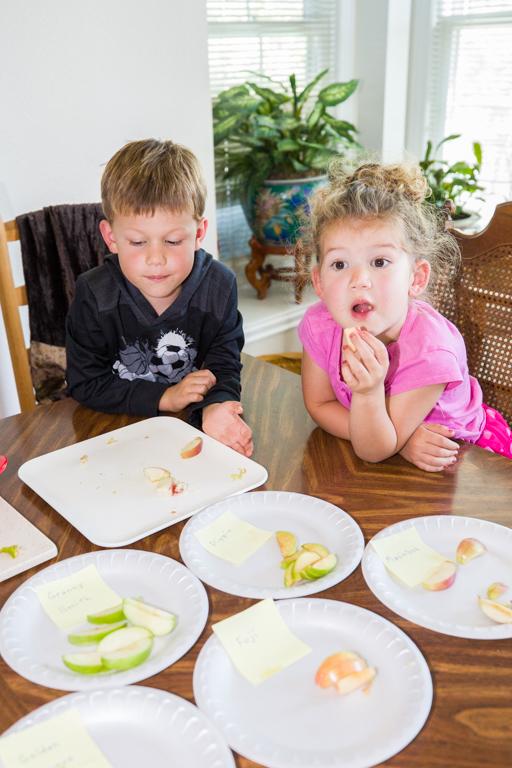 Apples were ranked from #1 to #10 by everyone. The totals were added together and then averaged to get each apple's score. The lower the number, the better. 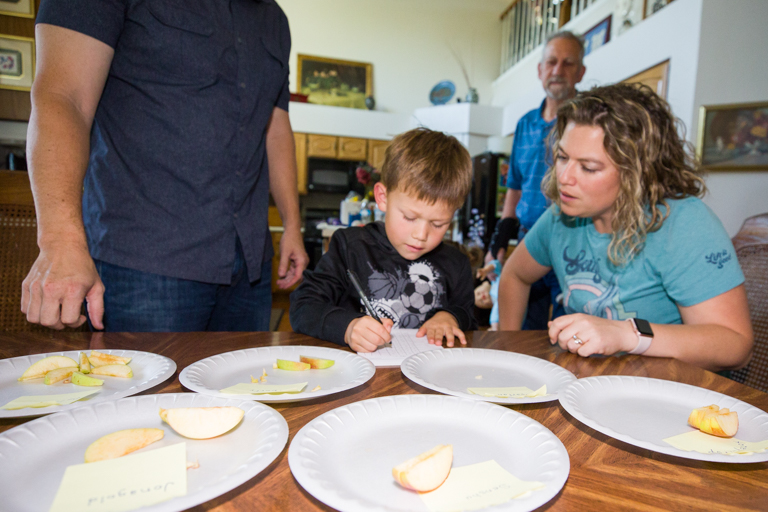 While those results were being tabulated, Patrick brought out a game he picked up from Target. Patrick, why would you have something like that? Patrick - It was only $7! Ah. Okay. 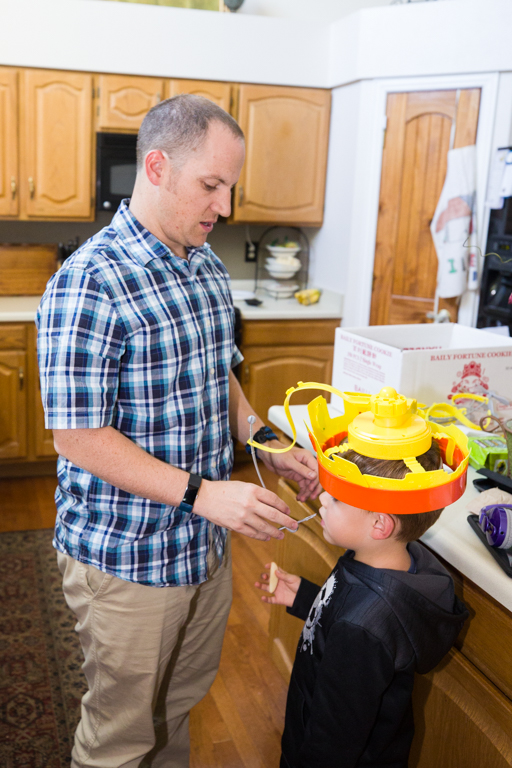 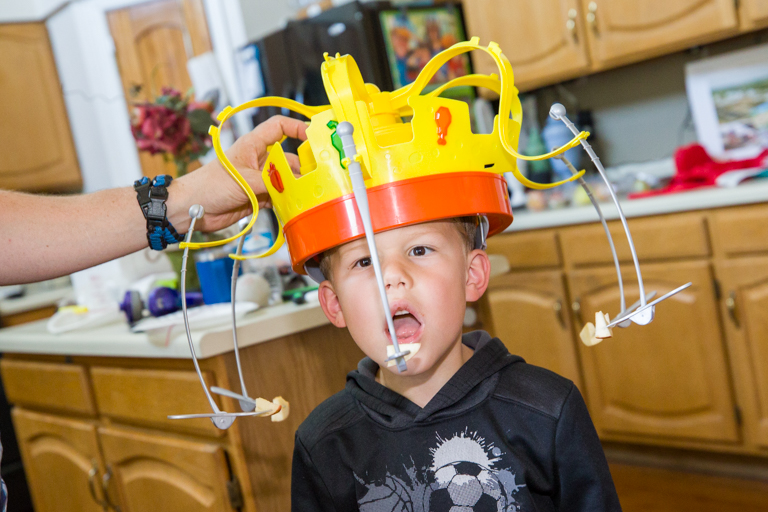 What fun would this be without video? There's also a few sweet moments mixed in there when Avery helps out.

And the results are in! Which apple came out on top? 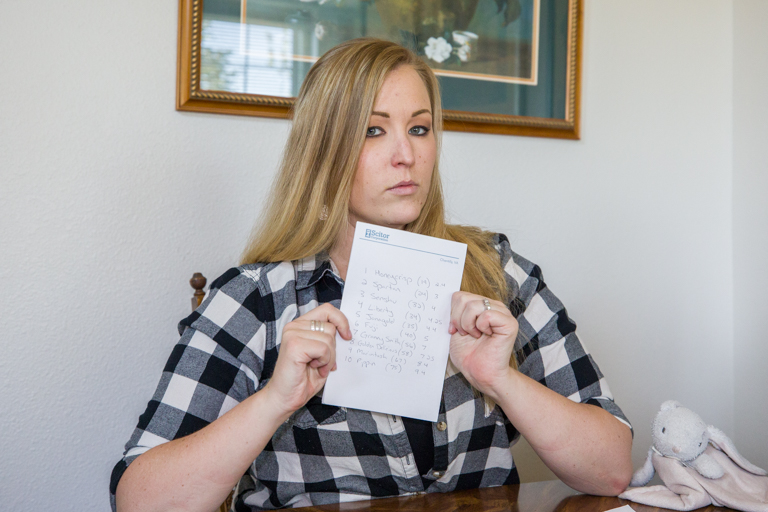 Honeycrisp - Average 2.4, This was a favorite of most. Crunchy and Sweet.
Spartan - Average 3
Senshu - Average 4
Liberty - Average 4.25
Jonagold - Average 4.4, I liked this one most. Maybe not as crunch but a good flavor.
Fuji - Average 5, Both kids loved the Fujis, with both rating this their number 1 pick.
Granny Smith - Average 7,
Golden Delicious - Average 7.25,
Macintosh - Average 8.4, This was the mushiest out of all of them. A few of us were looking for something we could spit this one out onto.
Pippen - Average 9.4, Theresa compared this to the yucky Snow Apples from last week. She describes them as being the most horrible texture. Almost like a sponge.

So there you go! It's not always junk food taste tests. Keep finding more things for us to try Theresa!