I've been wanting to do this kind of a trip for a while, but we've had alternate plans every time we visit. Finally the opportunity presented itself to celebrate this important Disney milestone. Back when Ian turned 42 inches, I put a different hat on him for each of the different rides he was tall enough for.  Now it's time to celebrate Alli! 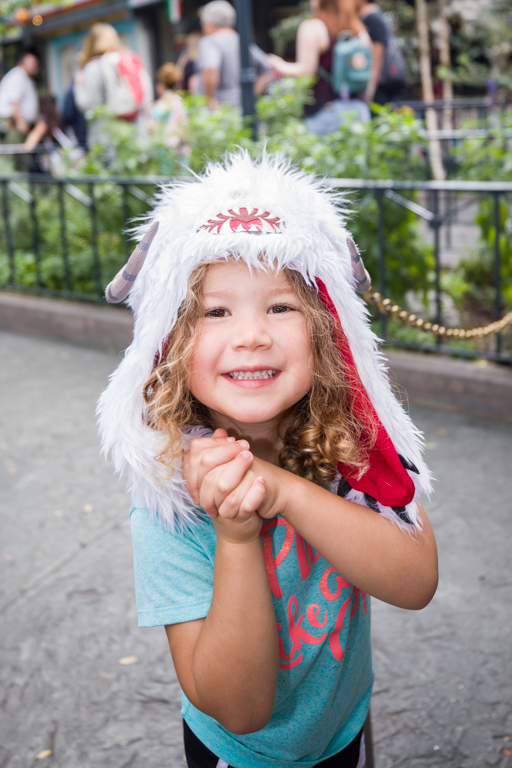 First up. The Matterhorn.
I know there's a cute and cuddly Harold the Yeti hat, but Harold is not cute or cuddly. The closest hat I have in my collection is a Star Wars Wampa hat. He's got big teeth and is scary looking. Alli got compliments on her hat while in line from cast members and guests alike. Some even asked where to get one. 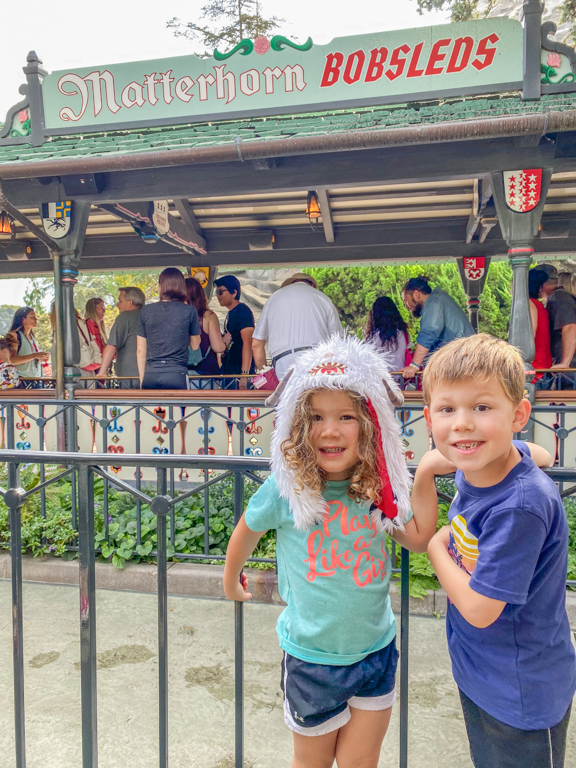 Since each sled holds 3, and T gets a bit motion sick, she had planned to sit out while I rode with the kids. But even though it's individual seating, an adult is required to sit directly behind any children under 7. So she get's the pleasure of enduring the pain that is the Matterhorn. 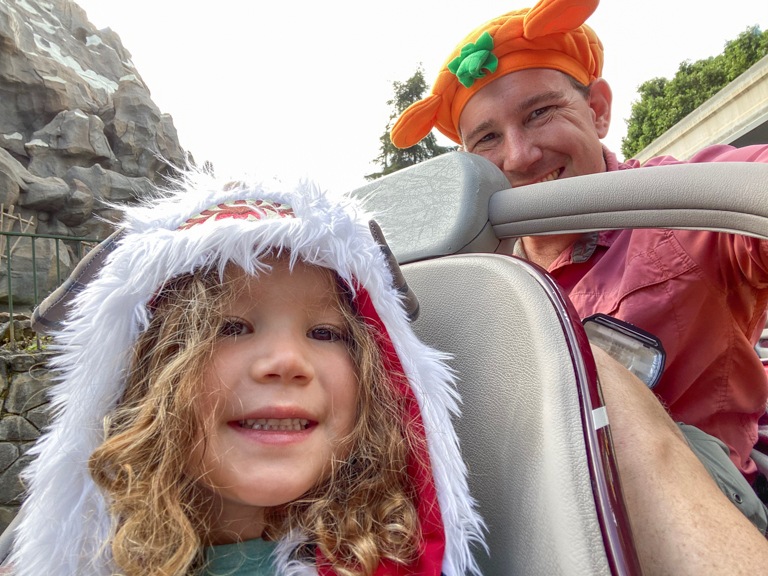 And it's not easy. It's a tight fit for me. For her, as soon as she got in, she got a charley horse and had to hop out and stretch it out. It really does put you in an awkward position for the duration of the ride. 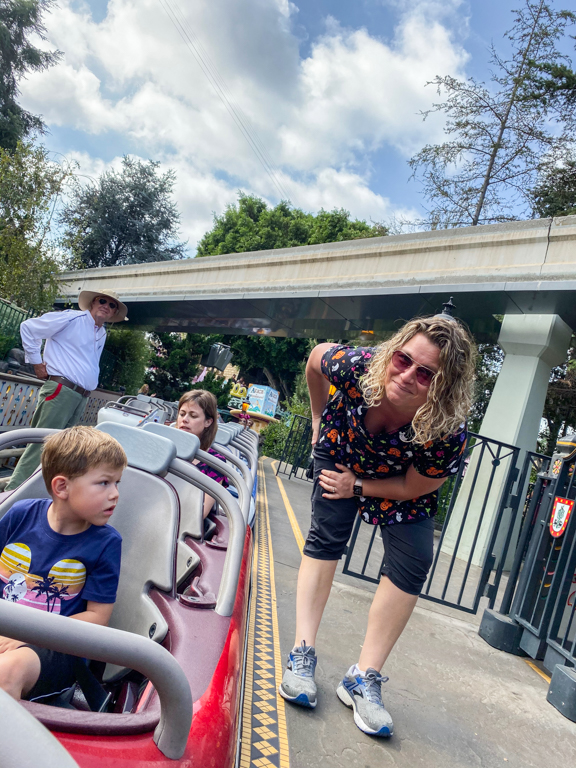 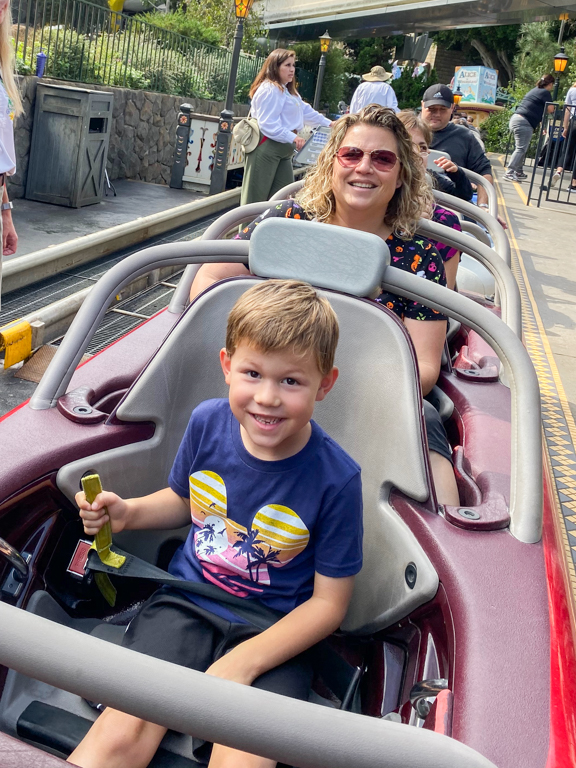 Alli hasn't seen any of this yet. She wasn't liking the roaring going on. 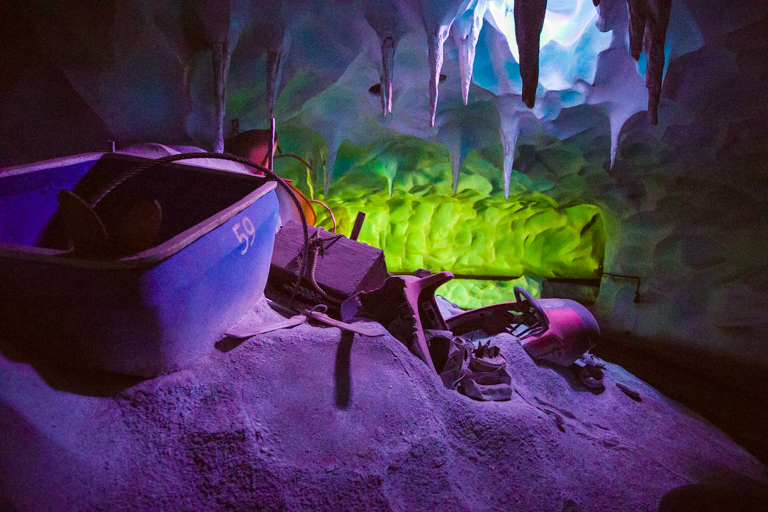 Harold looks a lot more angry than before. Alli and everyone else made it, but I won't be in any rush to get back on it again. 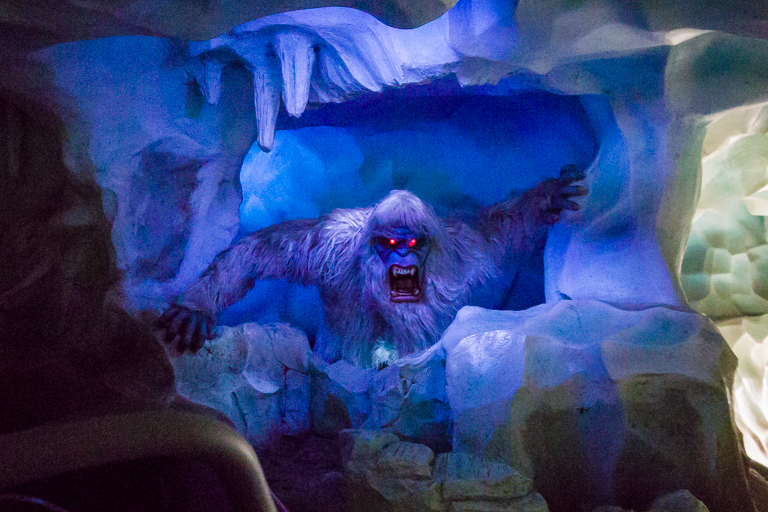 Time to go to the other park. There's a few rides there to go on.
Quick aside. Ian has been excited to ride Indiana Jones for a week now, ever since he knew he was tall enough. Each night at bedtime the four of us sing songs together. Ian asked us to sing the Indiana Jones song. The best Theresa and I could do was to hum to title song for Indy. All sounds, no words. It was apparently enough to get the point across. Walking across the esplanade the speakers were playing a particular song.

Lunchtime! I'm happy for the seasonal Bacon Cheddar Ale soup. It's perfect to have on the side for dipping the sliced bread into. 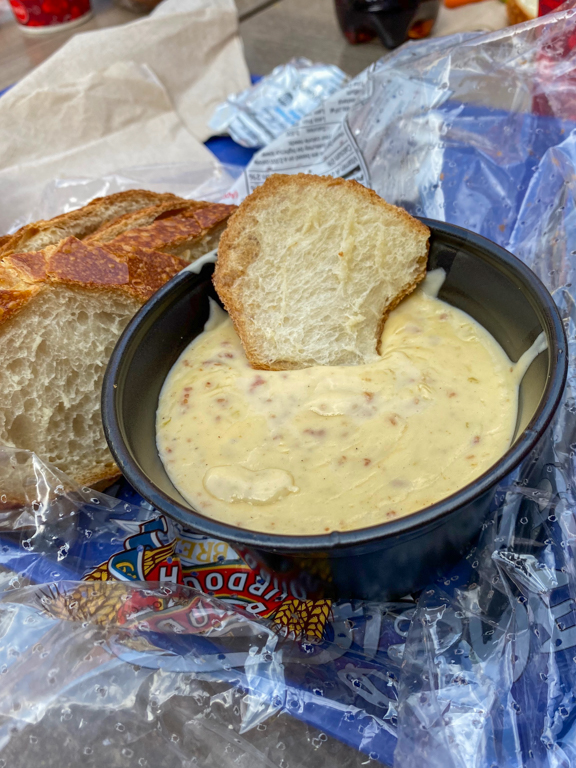 Goofy's Sky School is our next ride. Alli's been on this one a few times now, but that hat is new. 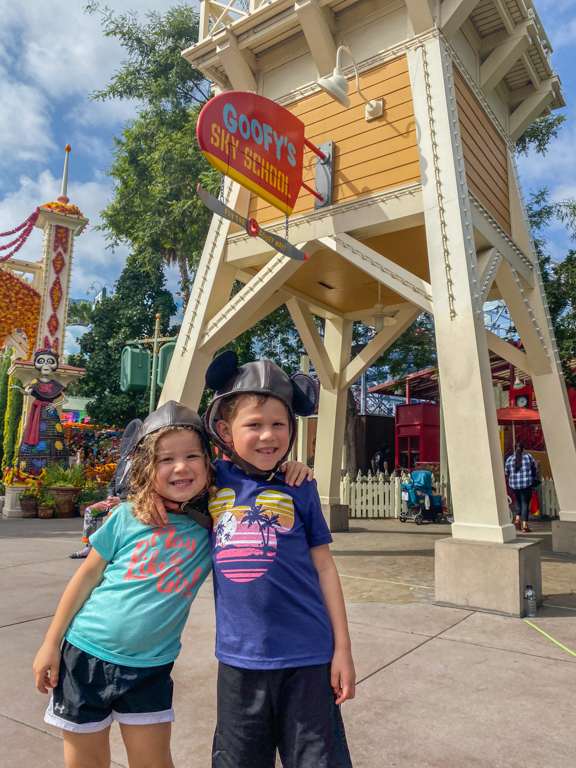 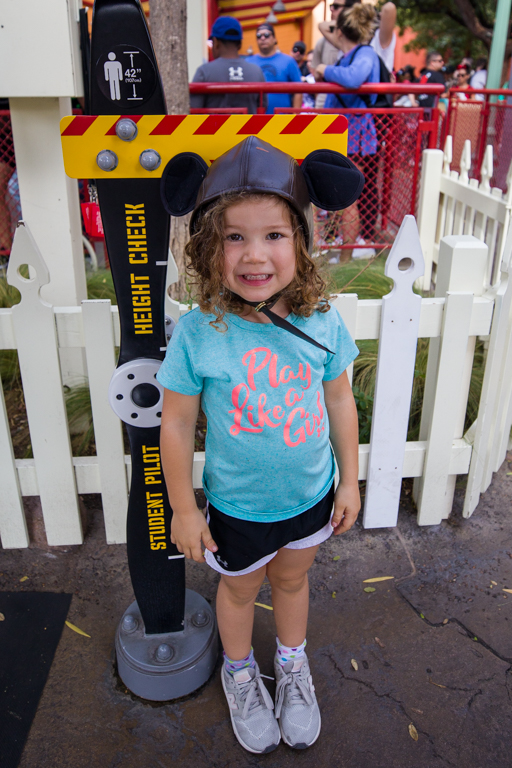 All four of us riding together. Goofy is a wild ride. Good thing we have two pilots along with us. 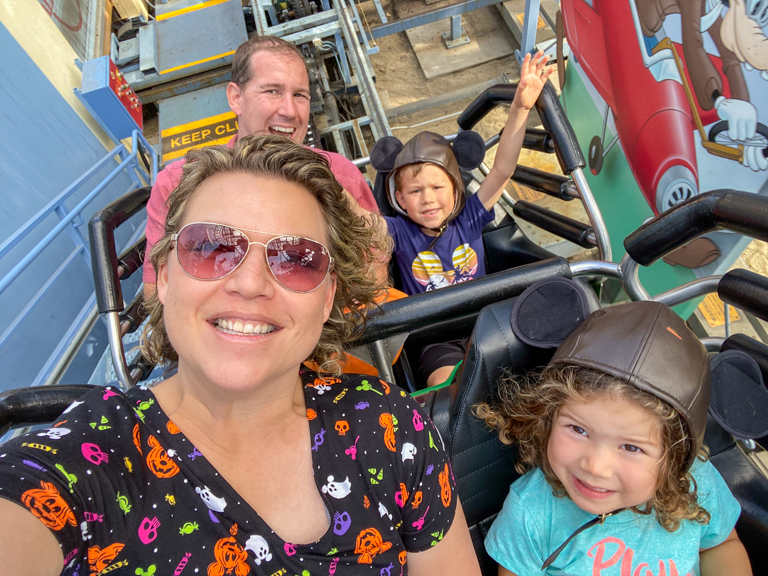 On the way to the next ride a magic Mickey appeared. 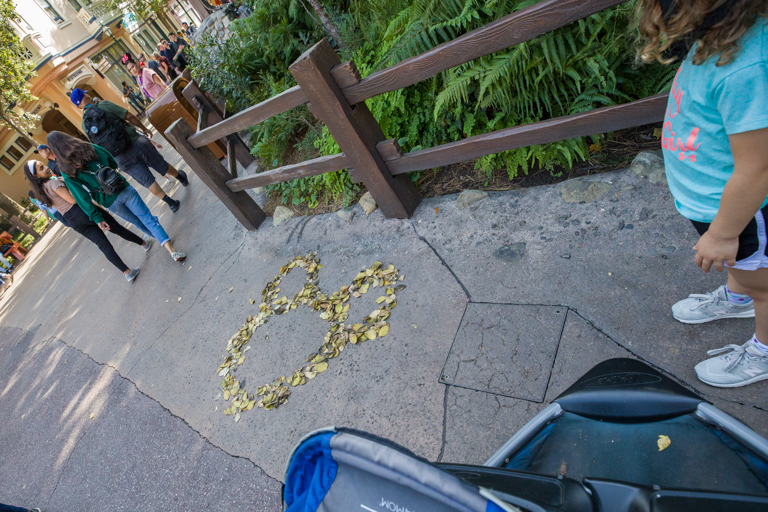 Alli had to have a photo with it. 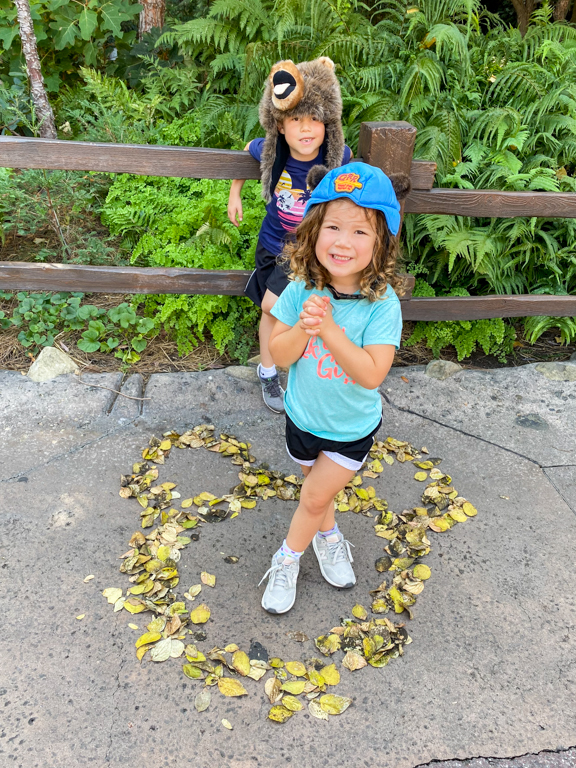 As you might have guessed from the hats, Grizzly River Run is our final ride. Ian's hat is one of my more recent purchases but Alli's gets all the attention. It's pretty adorable and I'm surprised they don't still sell it. 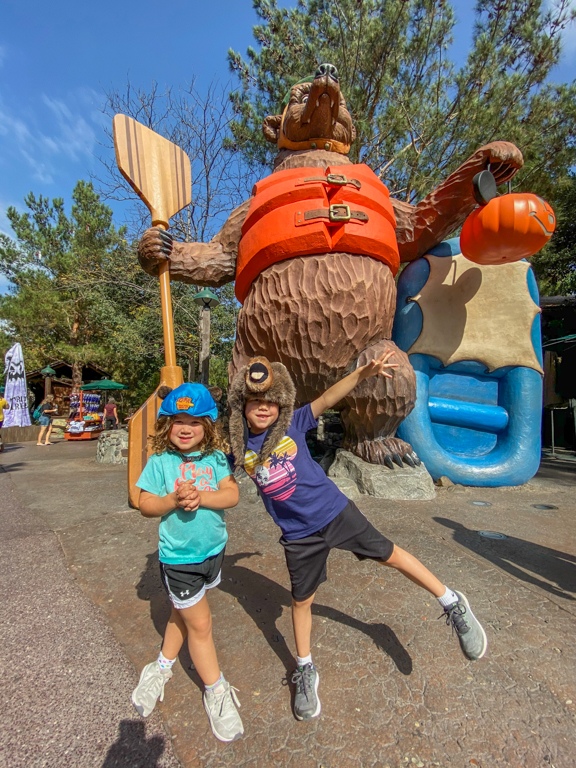 What a difference a few days makes. On Thursday the high was 97. Today it's barely 70. The line was non-existant and we nearly walked on. 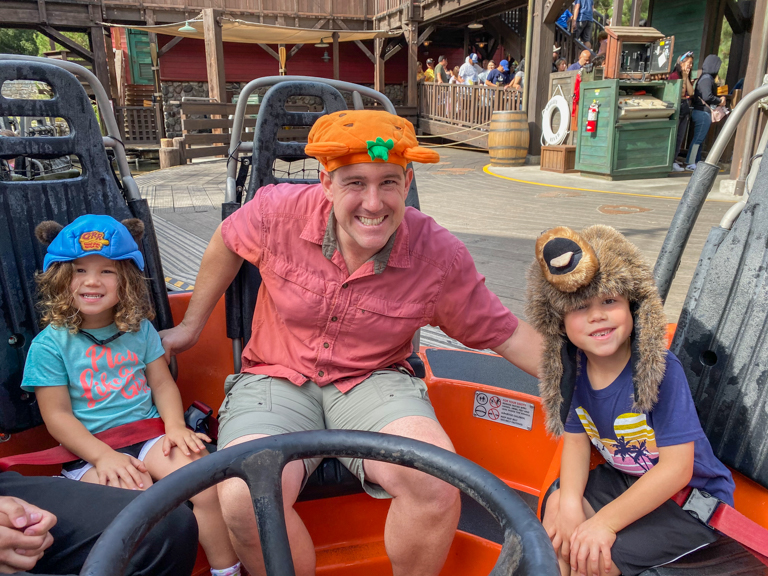 Right after launching, Alli told me "I don't like to get wet". That brought a chuckle from everyone on the raft. Ian asked specifically to sit by the opening because he loves getting wet. 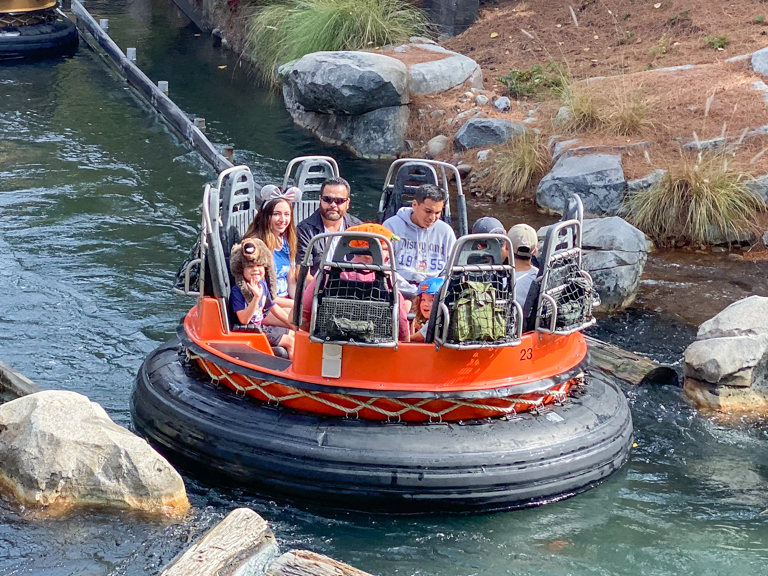 Here's a few of the highlights.


After the big crashdown, Alli was pretty proud of herself. We've stayed pretty dry, but we're not out of the woods yet. 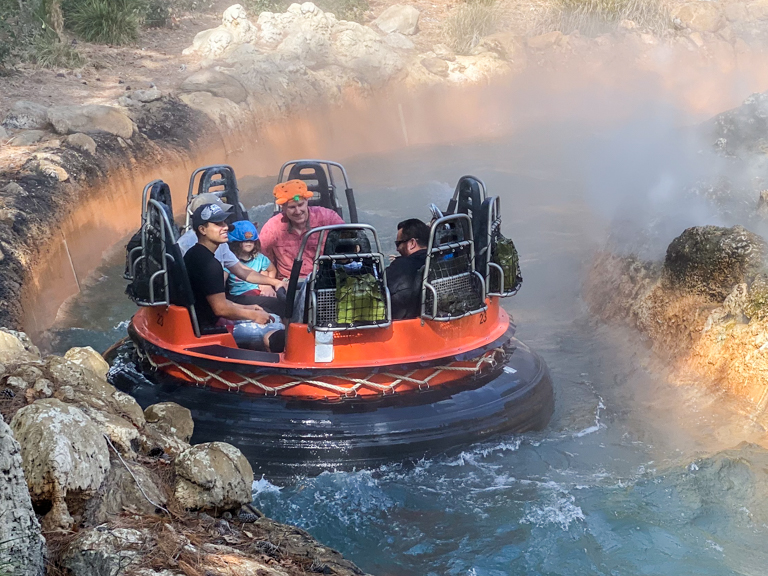 This is what always get me at the end. The geysers! They erupt from right below the raft and usually end up soaking me. Perhaps because today Alli was with me, the geyser was about 5 seconds too late.  And now I don't have to walk back to the car with wet shoes. Hooray! 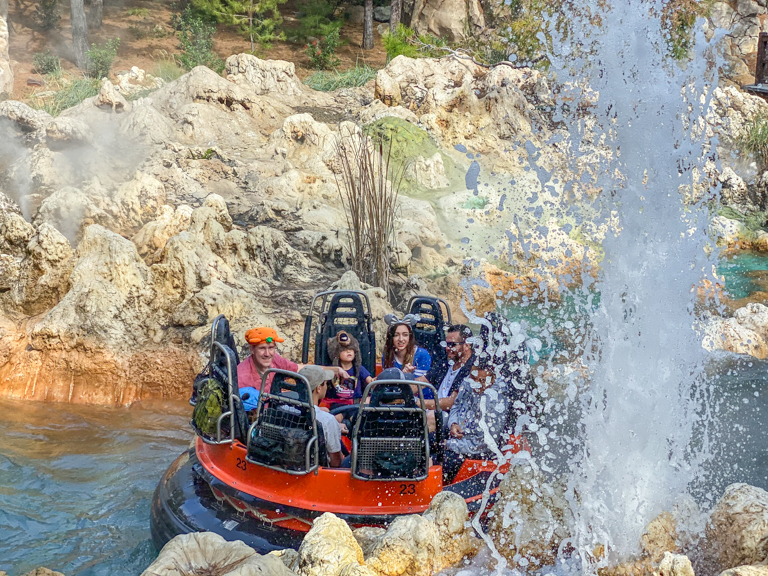 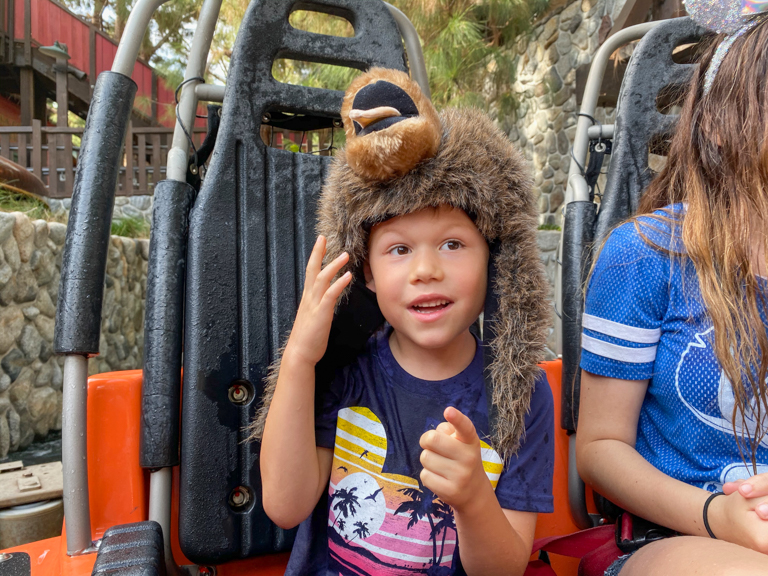 A closer look at Ian's hat. It's always high on his head so it's difficult to see. It's a grizzly bear with its tongue sticking out. 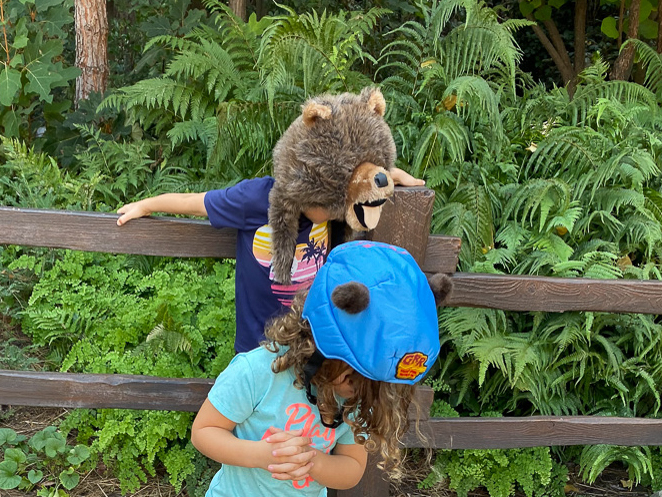 That's it for rides today. On the way out Oogie Boogie required some further scrutiny. Even though the found all 13 Hidden Mickeys already, they still wanted to look for more. 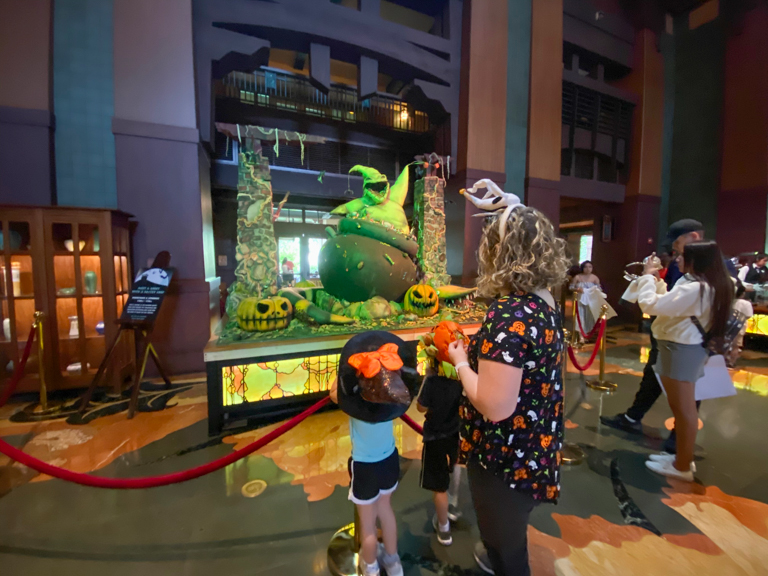 And because we're exiting through the Grand Californian the kids knew a stop at the gazebo was likely. And gazebos mean races. 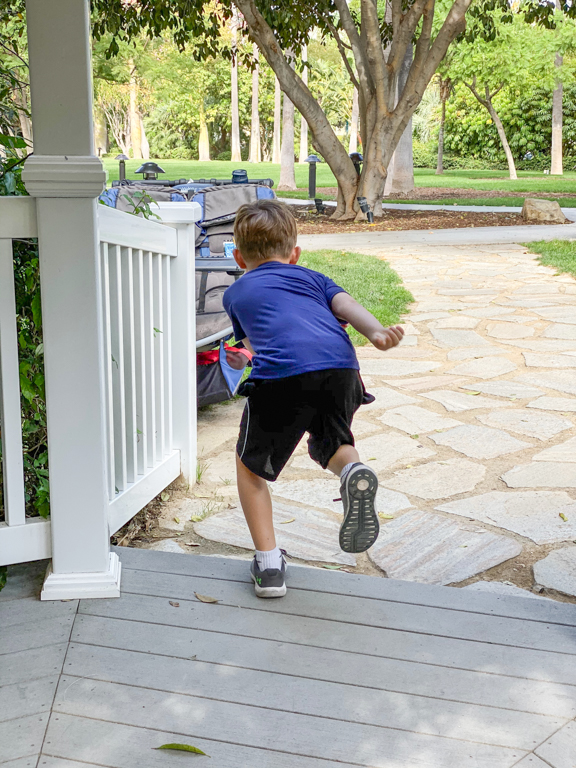 20 minutes of running around is enough to wear them out. It's been a fun day! 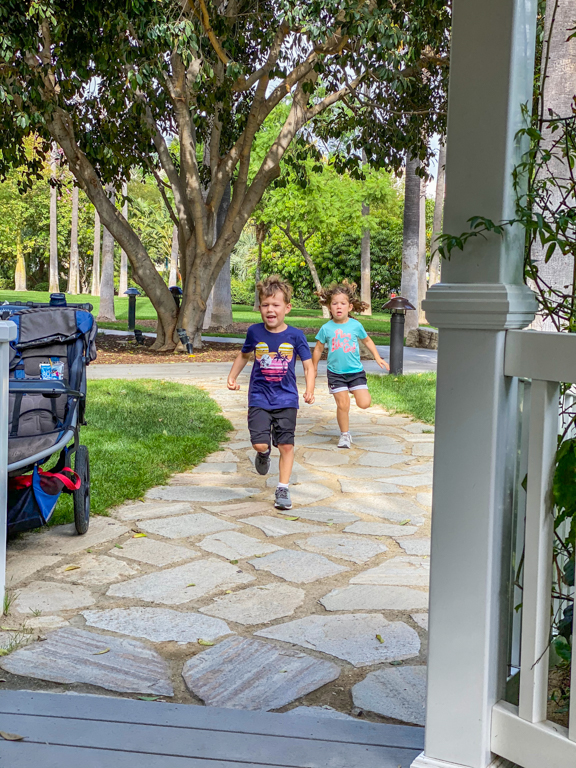