National Dessert Day you say? That's something I could get on board with.
After eating their dinner, I asked the kids what their favorite dessert would be on this National Day of Desserts. They both picked something that I don't think either of them have ever tried before.

Out of all the cookies, ice cream, cake, or whatever, both wanted something Reeses. We might be going on a bit of a Reese's kick (more on that in a post closer to Thanksgiving). 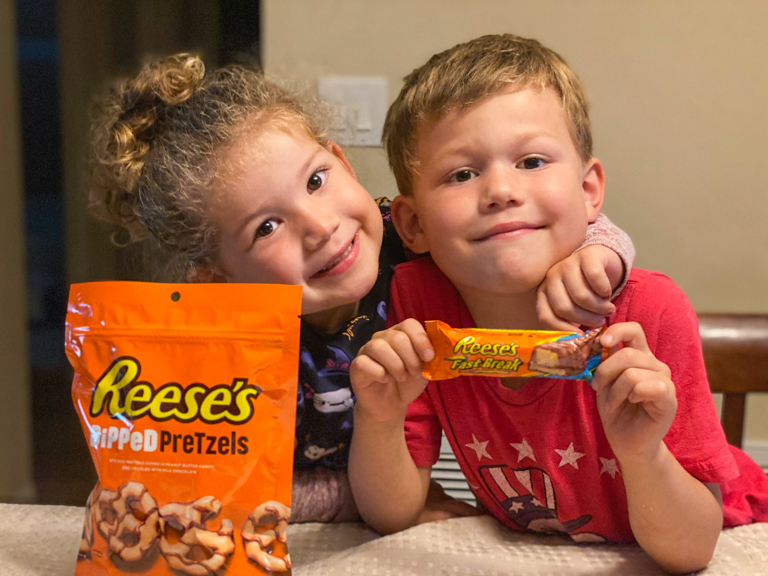 Alli thought these Reese's pretzels looked tasty. Covered with peanut butter with the top drizzled in chocolate and the bottom dipped in chocolate. 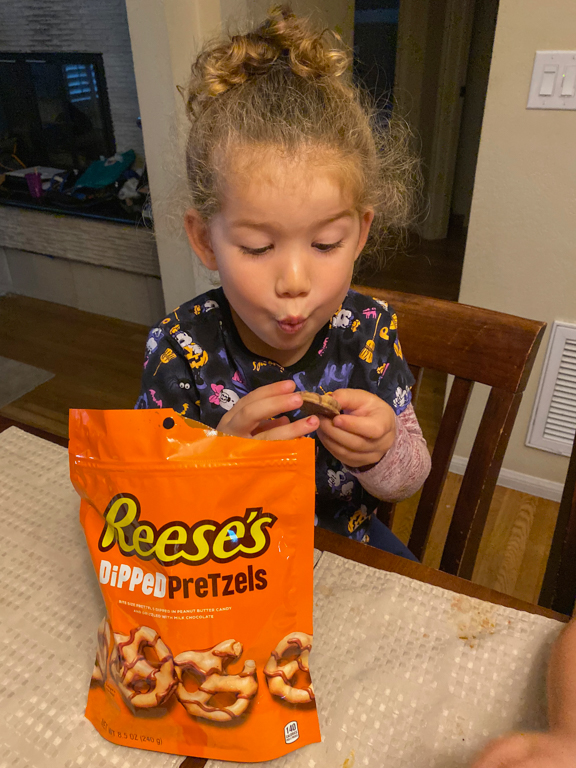 For a kid who like nougat, his favorite candy bar is a 3 Mousekateers, he made a really fortunate pick of a Reese's Fast Break. It's basically a Reese's cup with nougat, consisting of just chocolate, peanut butter, and nougat. 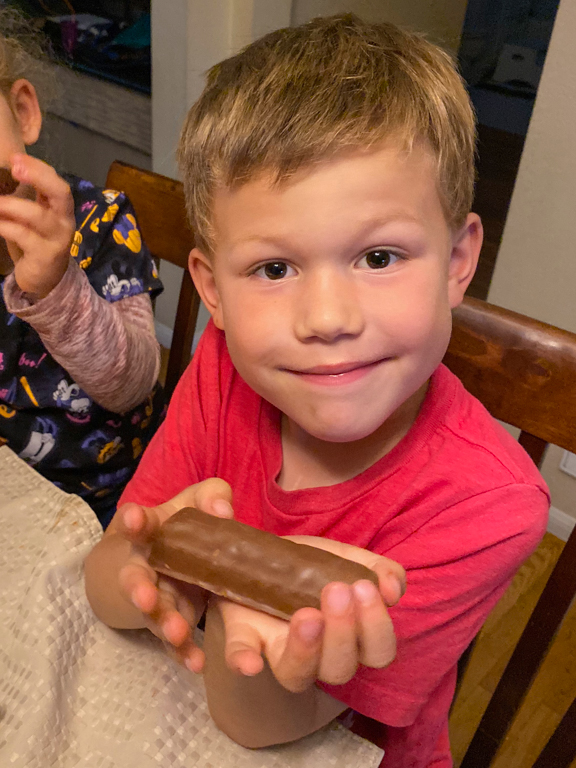 The kids also learned the benefit of sharing, giving bites to each other. Ian ate both together and asked if he just made a new Reese's product. Nougat, Chocolate, Peanut Butter, and Pretzel. Sounds like something new to me. 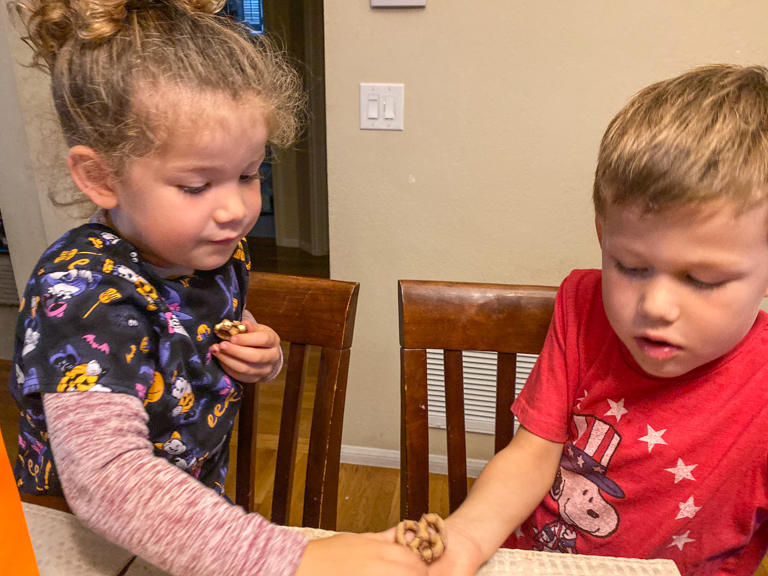 Hooray for Dessert Day!
Posted by Joe at 5:30 PM