It's National Oatmeal Day today. Oatmeal is versatile and can be a tasty breakfast or a dessert. 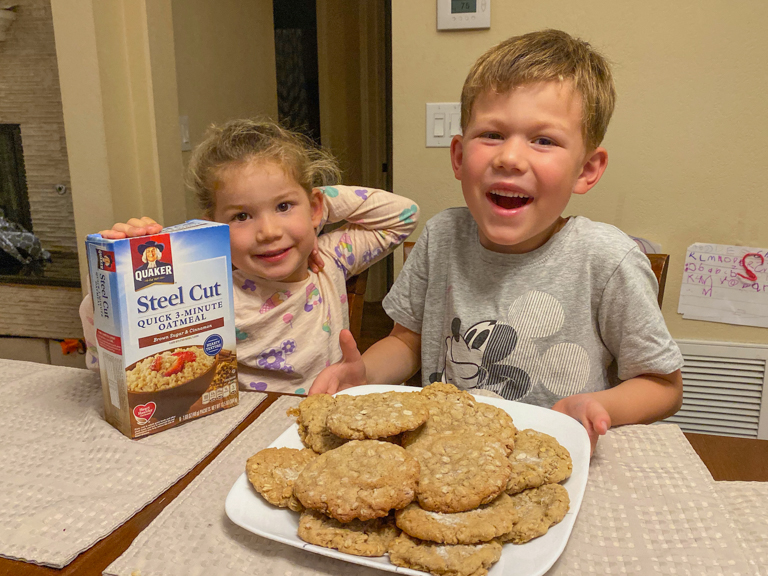 Ian mixed bacon into his breakfast oatmeal. I had mine with the regular Brown Sugar and Cinnamon. 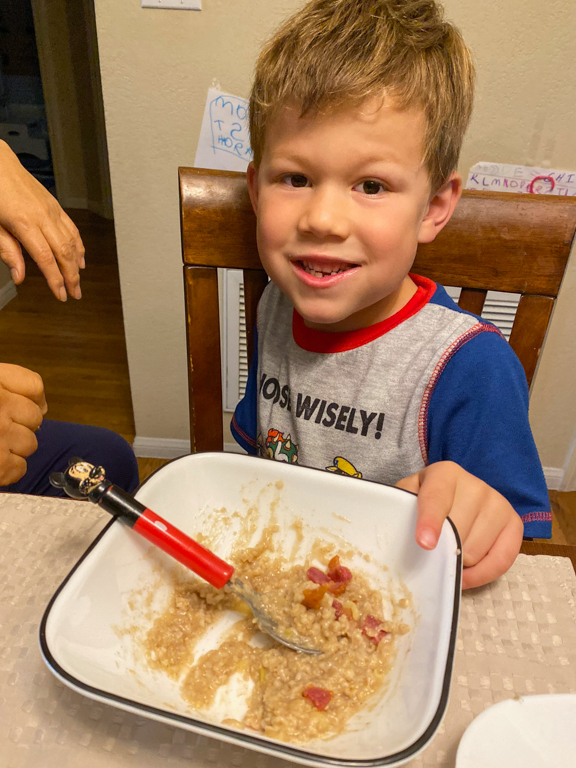 Alli took hers plain, but with fruit on the side. But enough about breakfast, let's get to the good stuff. 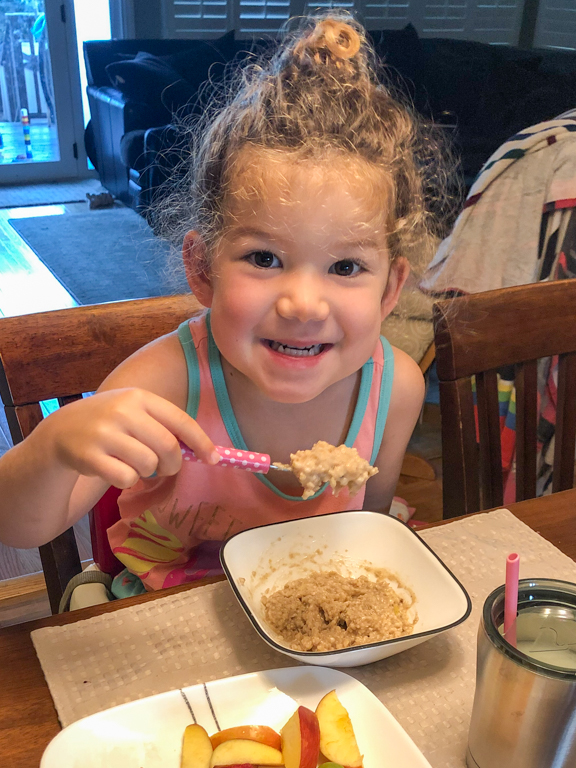 I thought it would be fun to do something else with oatmeal. Something especially tasty. Oatmeal cookies! Of course the kids are helping out in the kitchen.
Alli was wearing an Elsa dress around the house and I asked her to go change to make cookies. She came back wearing this shirt with treats and skirt with candies. She likes to coordinate. 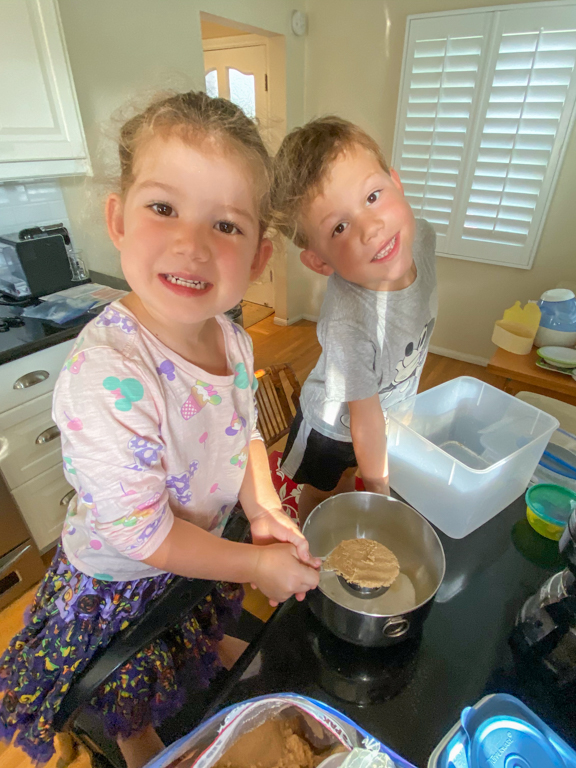 They creamed the sugar, brown sugar, and butter together. Of course we had to taste it. Sugar and butter is delicious! 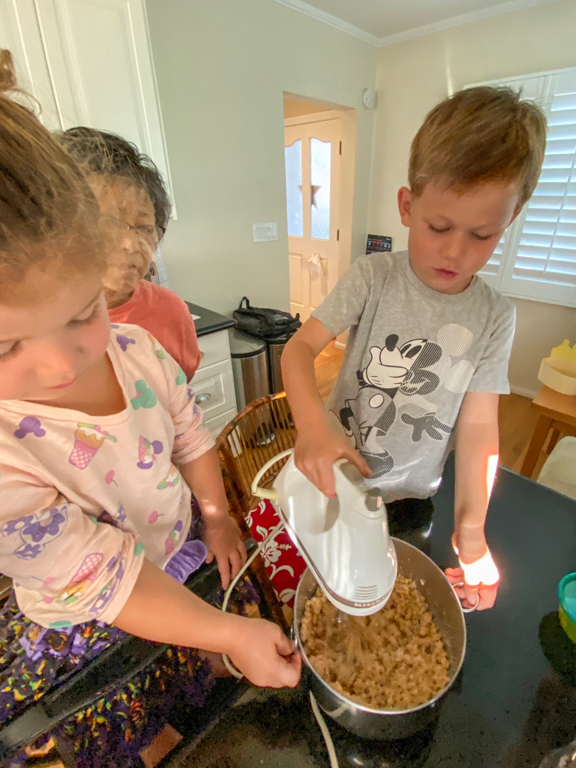 After adding the egg, flour, salt, vanilla, baking soda, and cinnamon, it was time to add the oats and mix it all together.

Just one more thing! Where do the raisins go guys? 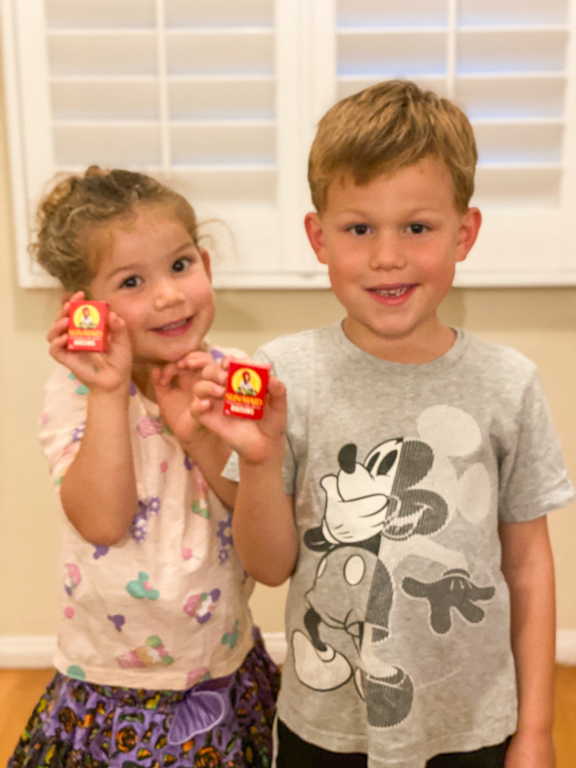 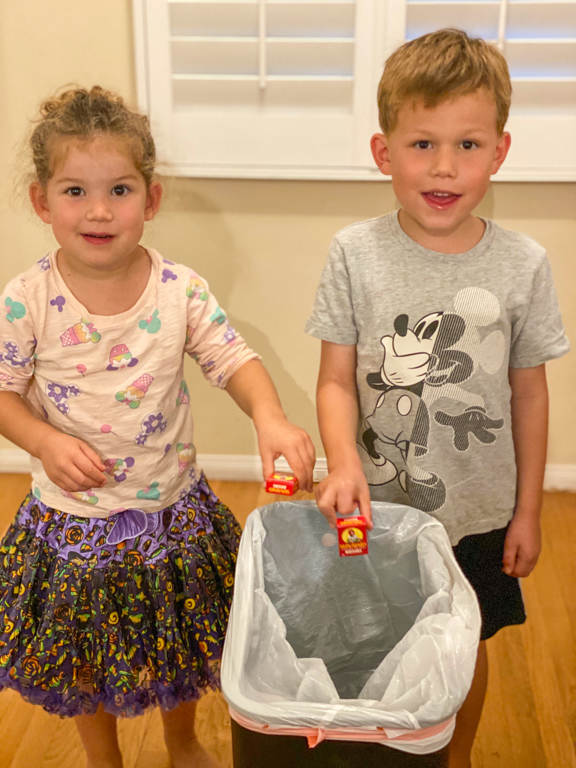 After refrigerating the dough for an hour, it's very stiff. There's no liquid in here. Just softened butter and now it's solid again. The kids rolled them into ping pong sized balls. 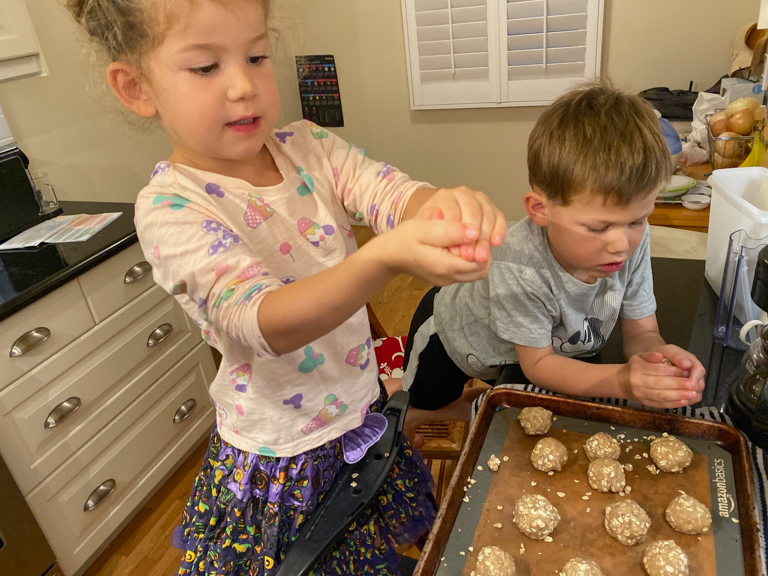 The recipe suggested squishing them flat with a fork dipped in sugar. That perked the kids attention up. The fork wasn't sticking enough sugar to the top, so they took to sprinkling it too. 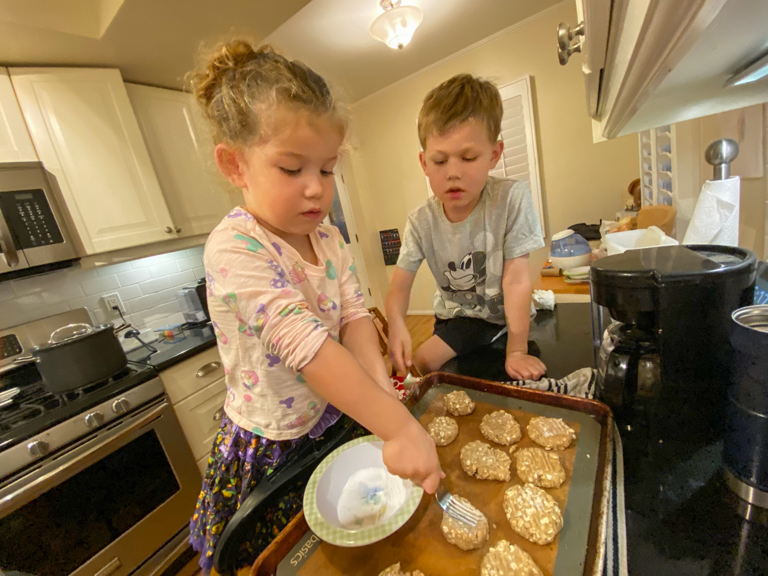 After only 8 minutes in a 375 degree oven, plus 5 minutes to cool down, it was time for cookies!

Thanks kids! What a great way to celebrate Oatmeal today! 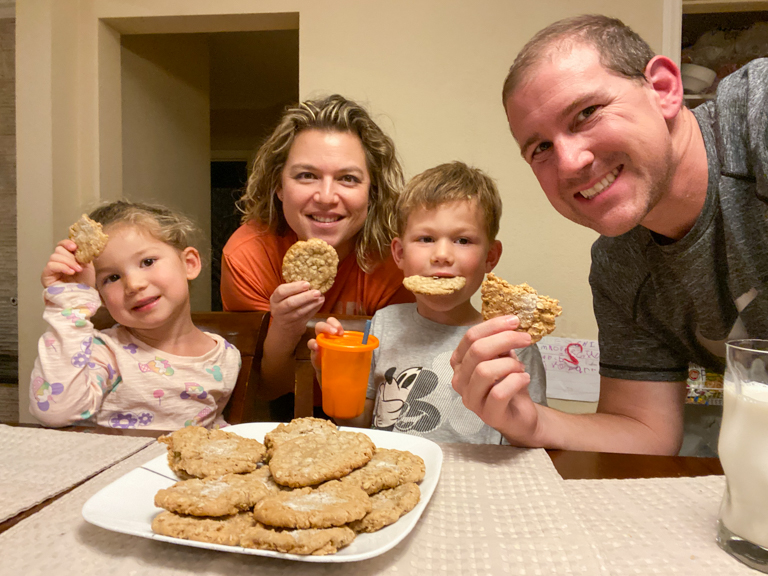