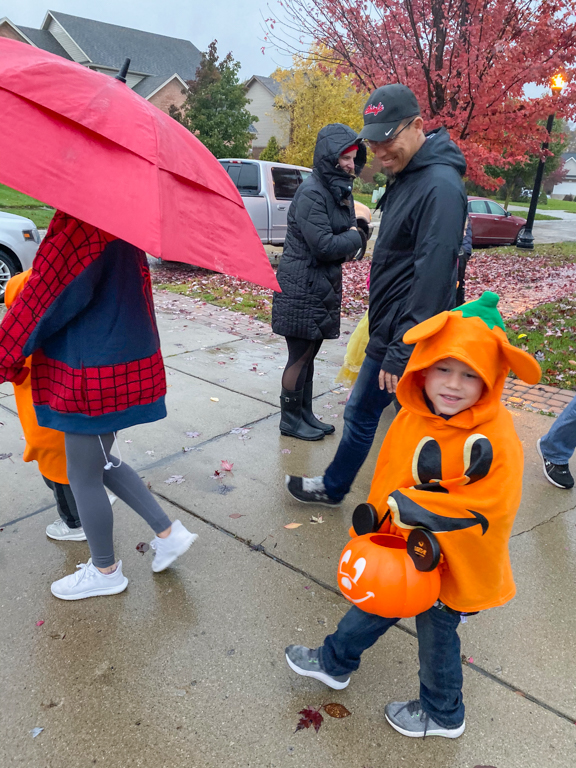 Don picked us up from the airport and a short time later we were at the house. 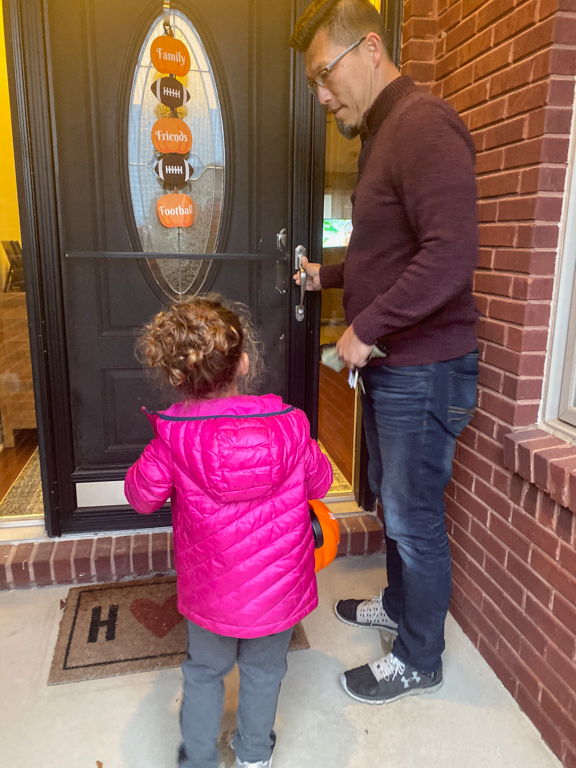 Inside the whole family was waiting for us. 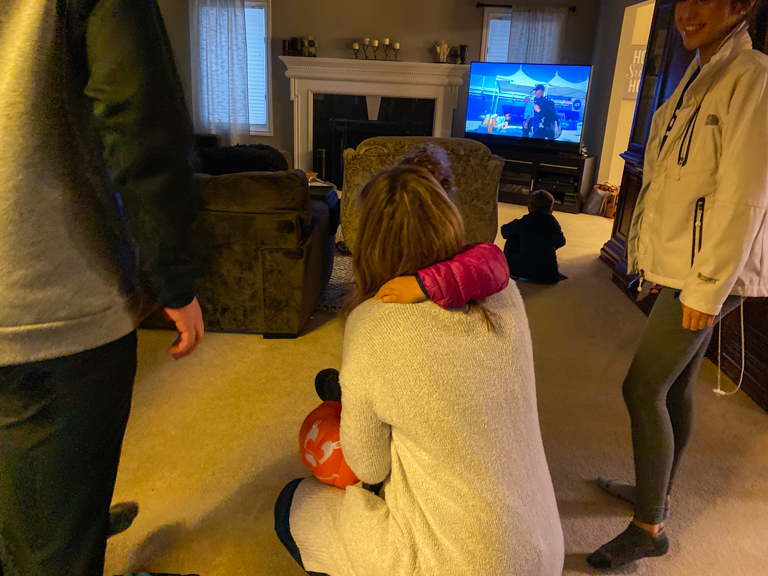 They even had dinner ready! Mmm. White Castles! But the kids have been waiting all day for this. It's time to go trick-or-treat! 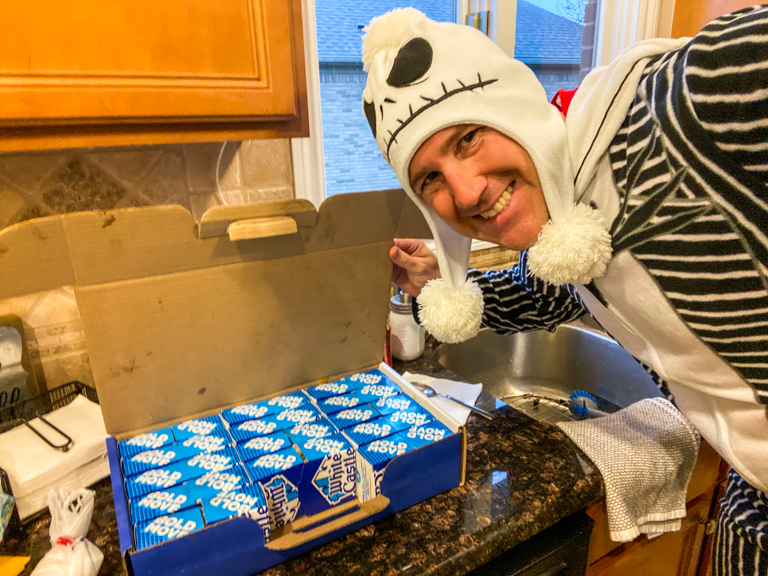 And I might be Jack Skellington, the Pumpkin King. But underneath it all, I really want to be... 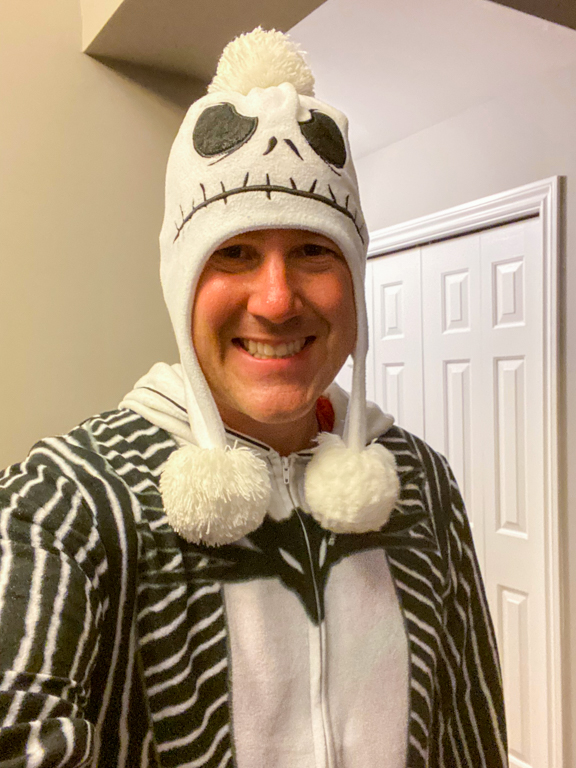 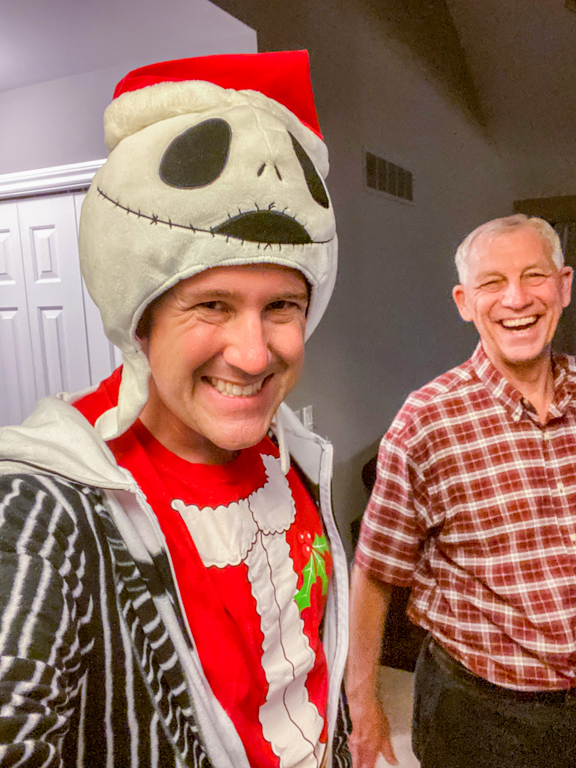 Checking the weather forecast real quick before we go out. Brr. Feels like 38 degrees, rainy, and a high wind advisory. 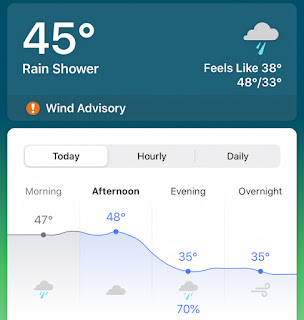 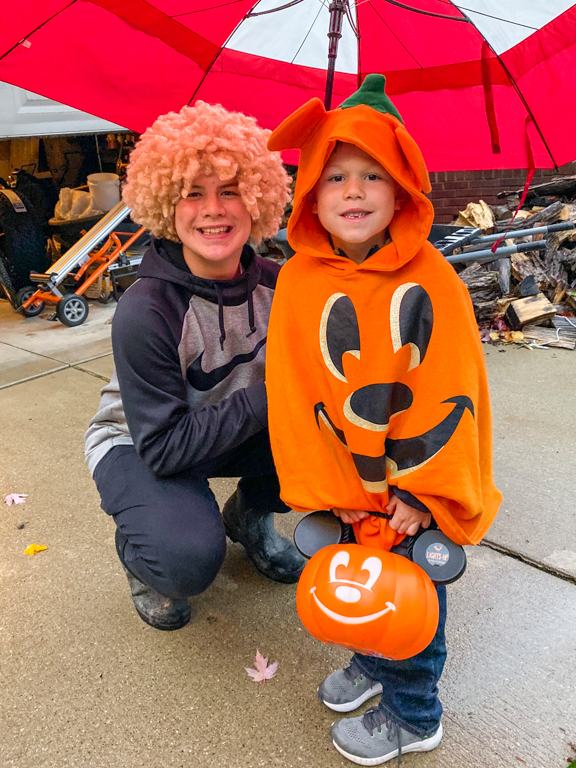 Yes Alli I know your nose is cold. 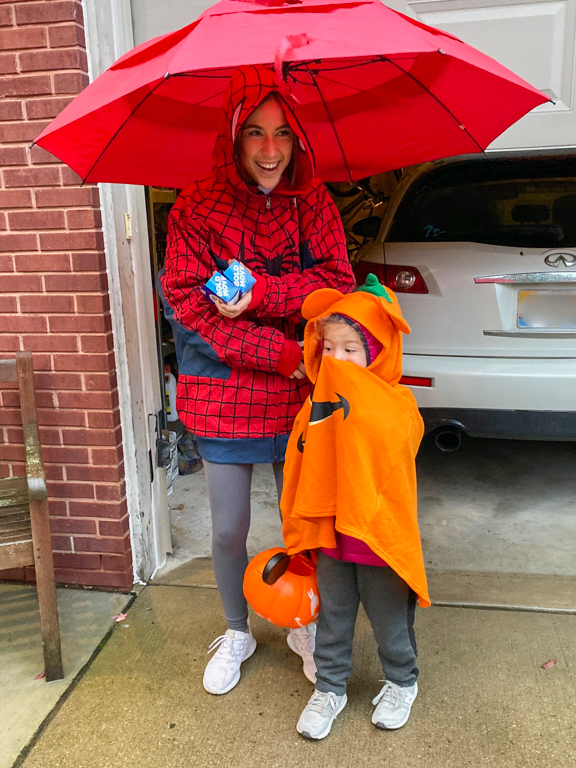 And this is why we decided to put them in Mickey/Minnie parkas this year. Layers! Underneath it they've got long sleeve shirts, a full winter jacket, and this parka on top. 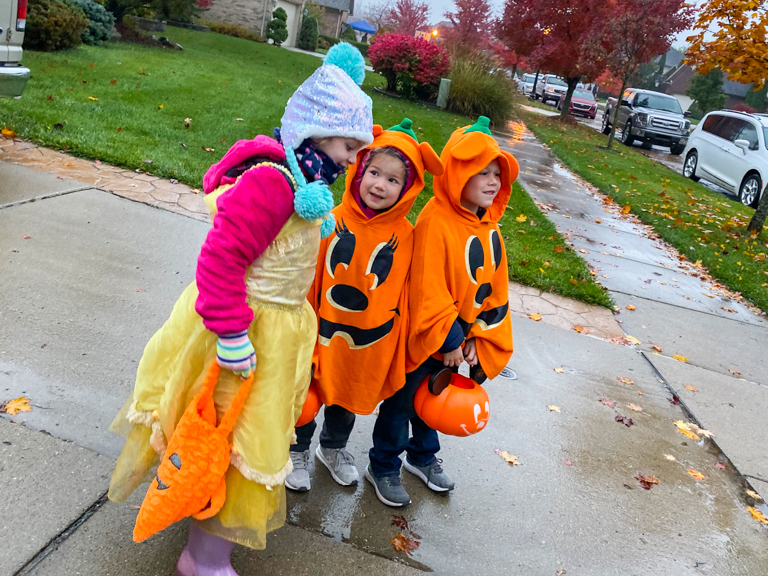 Despite the weather, there were lots of groups walking around the neighborhood. 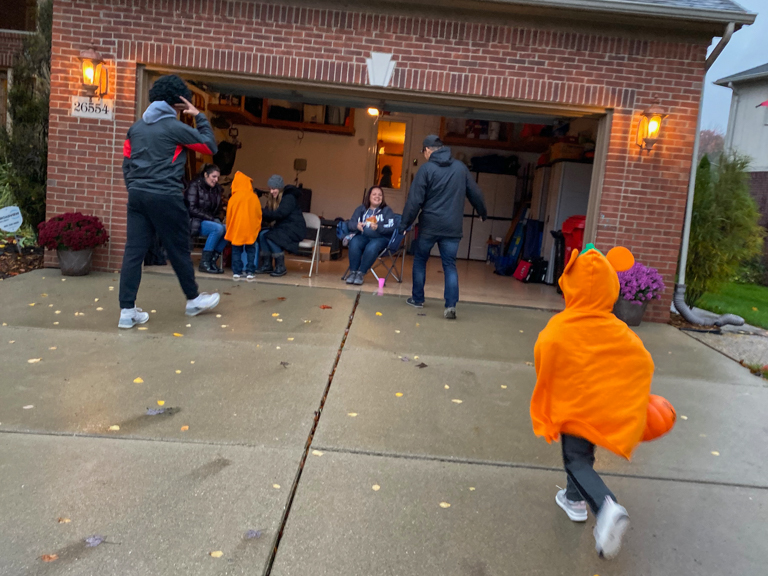 Hopping over puddles in the road and along the sidewalks. 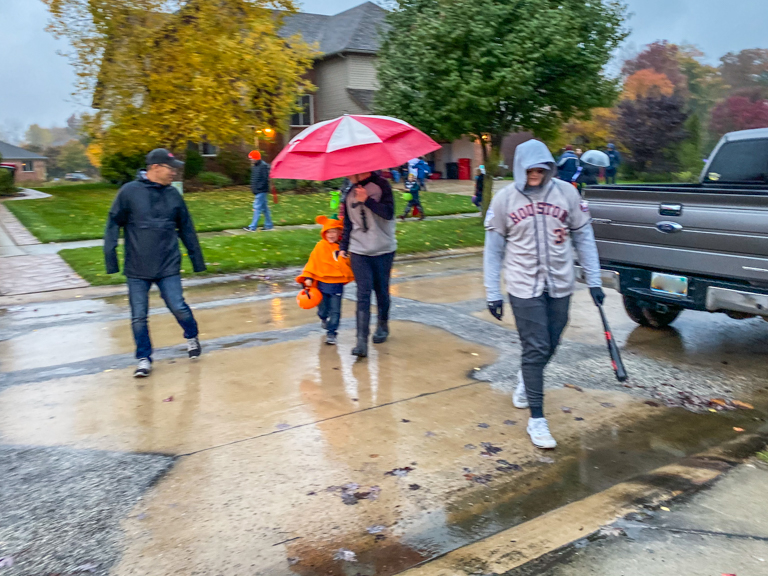 Some of the tree leaves here are beautiful. Some fiery fall reds. 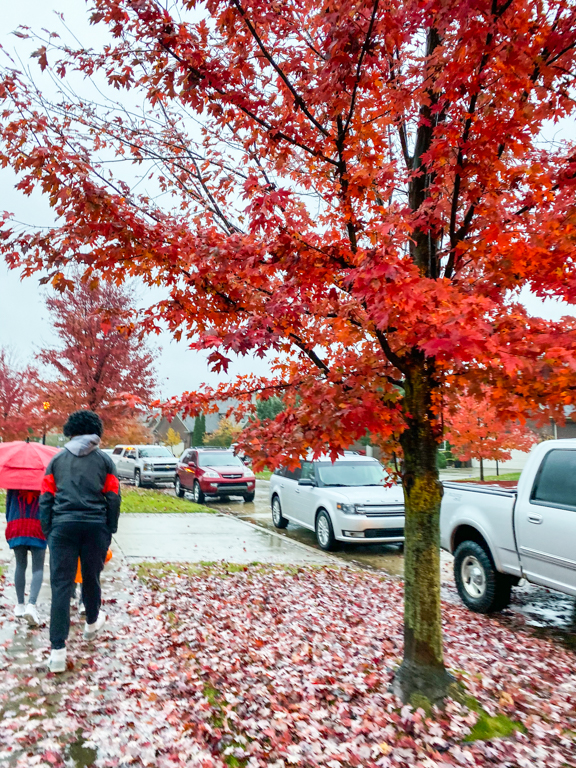 Despite all the layers, it's still a bit cold to be out and about for these California kids. 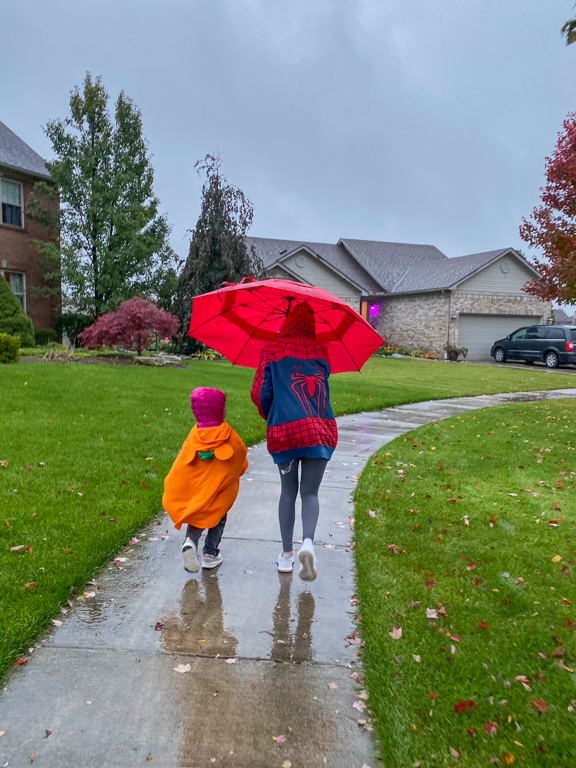 Many of the neighbors would light a fire and sit in their driveway handing out candy. This year many have moved into the garage, though thankfully the fires were still there to warm up with. 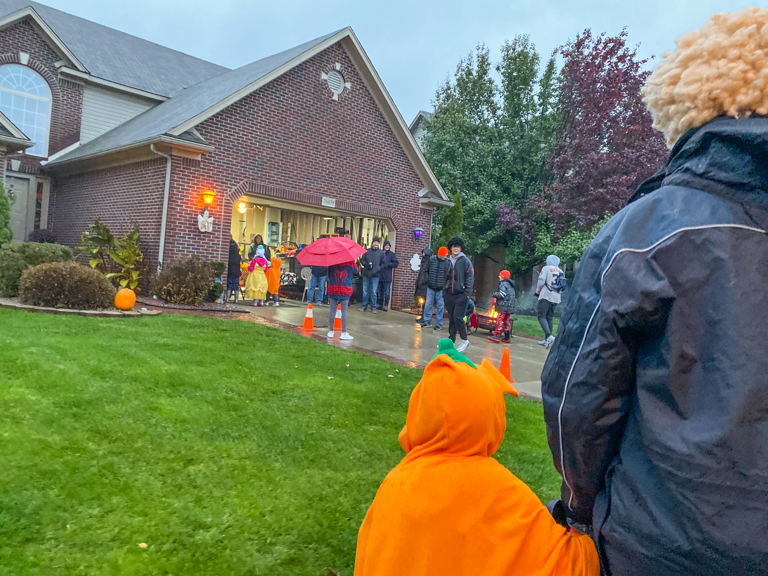 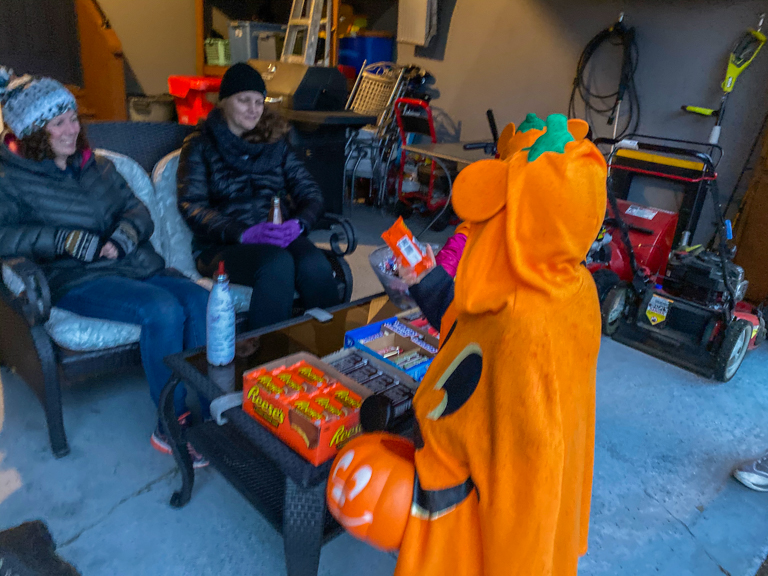 And it's always fun to go to neighbors houses who know you. "Go ahead and take as big of a handful as you can."
To that the kids say challenge accepted. 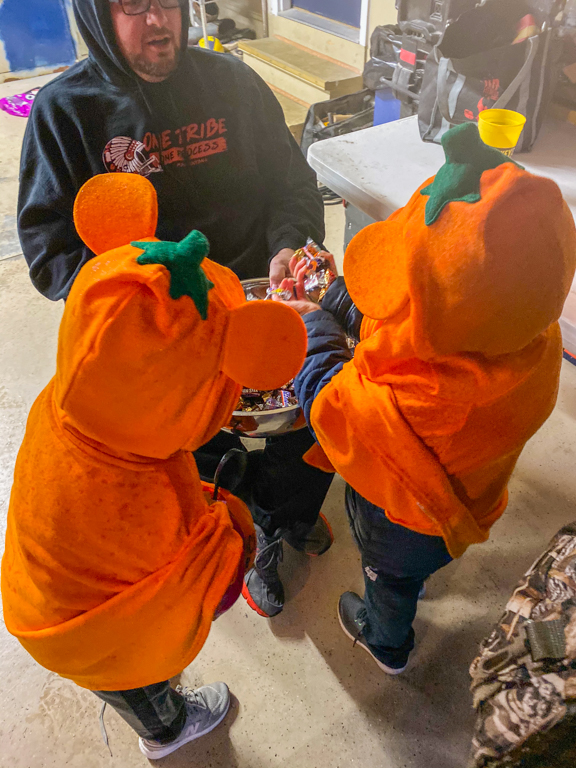 Despite only being out for about 40 minutes, they still came back with a pretty good haul of candy. And even though they combine everything in the end, they spent quite a bit of time going through it all and trading different kinds to each other. 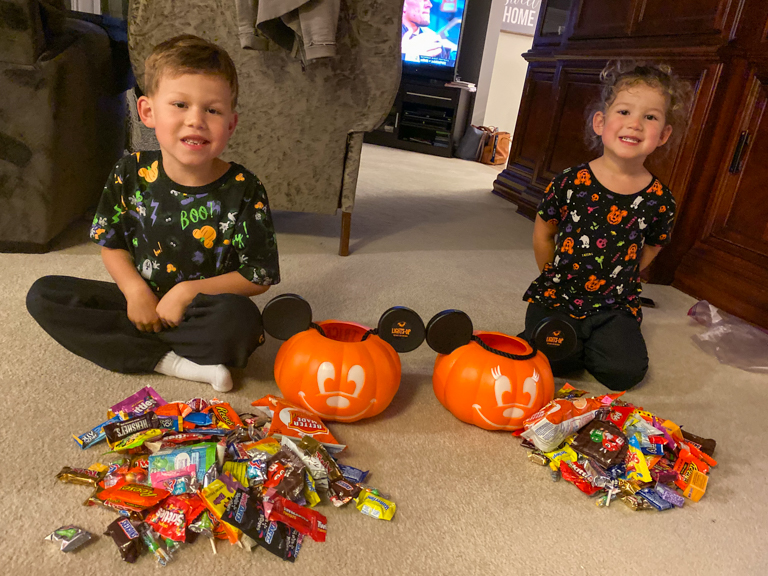 The next morning, the sorting really began in earnest. 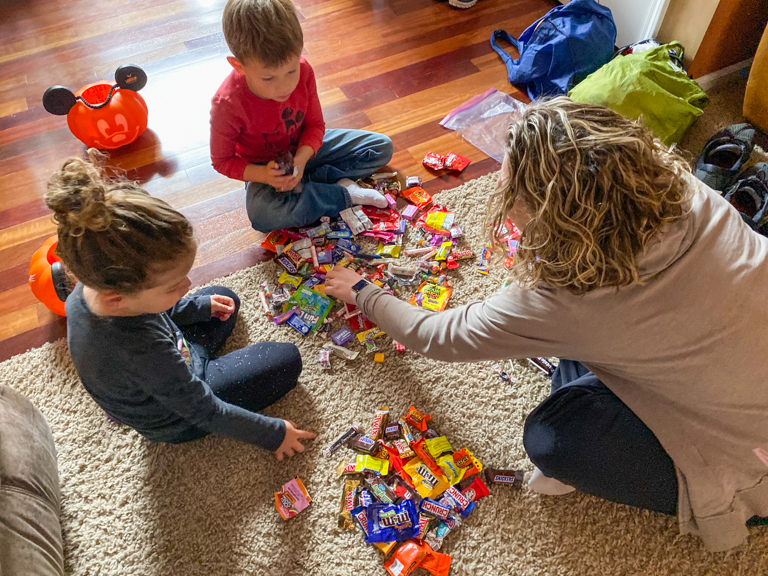 The kids separated each unique candy and spread them out over the floor. Ian counted 38 different kinds. 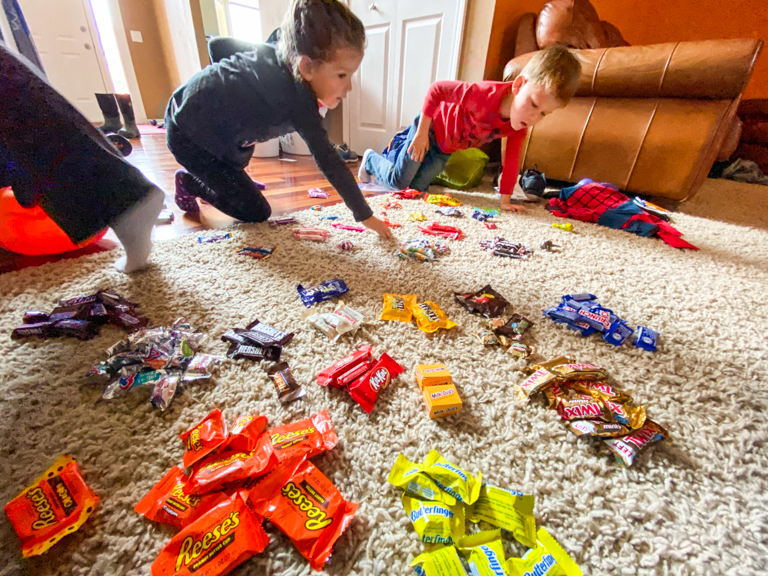 Alli discovered that the Left Twix and Right Twix were mixed together and very rightly decided they needed to be separated. 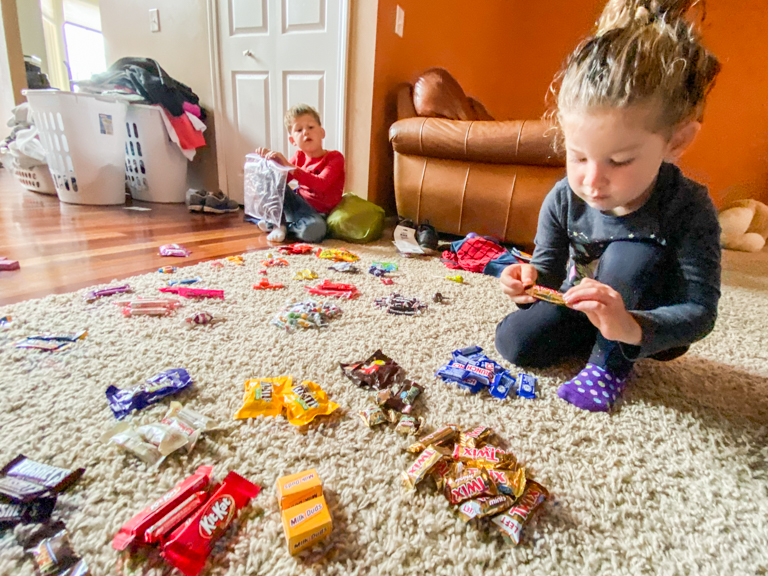 There we go. Keep those Right Twix imposters far away from the Left Twix originals. 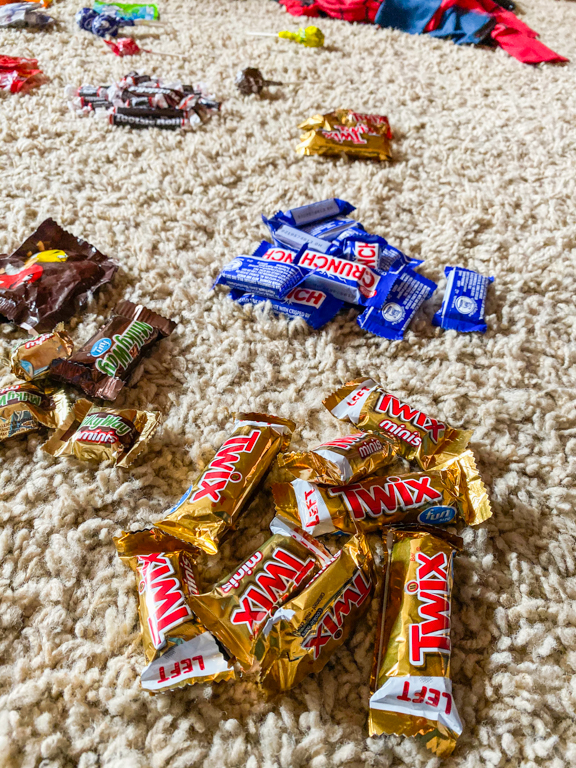 Halloween was a lot of fun this year. I asked which the kids enjoyed more. Giving away candy or getting it. They said both, but I think they really enjoyed giving it away more. Because even the candy they collected trick-or-treating they've been going around and giving away to family members once they learn what their favorite is.