Halloween is here and with it comes special Halloweentime cereal. These Monster cereals originally came out around 1971, and have appeared seasonally ever since. 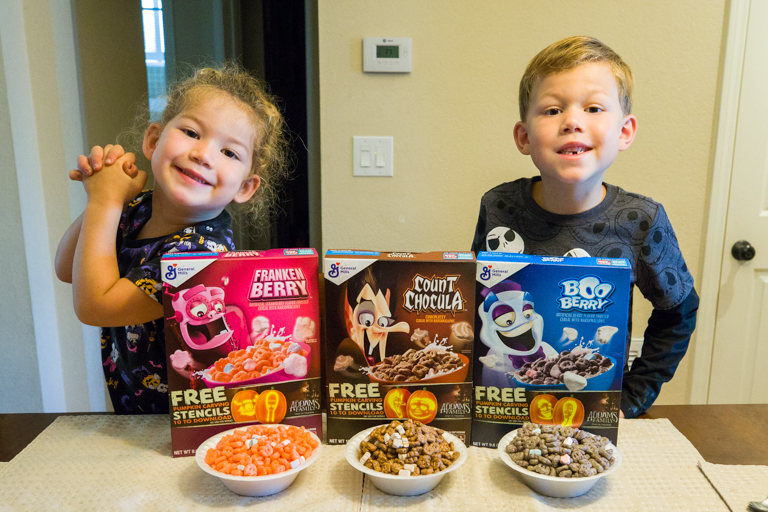 Missing are two characters, the Fruit Brute and the Fruity Yummy Mummy, which have been discontinued. 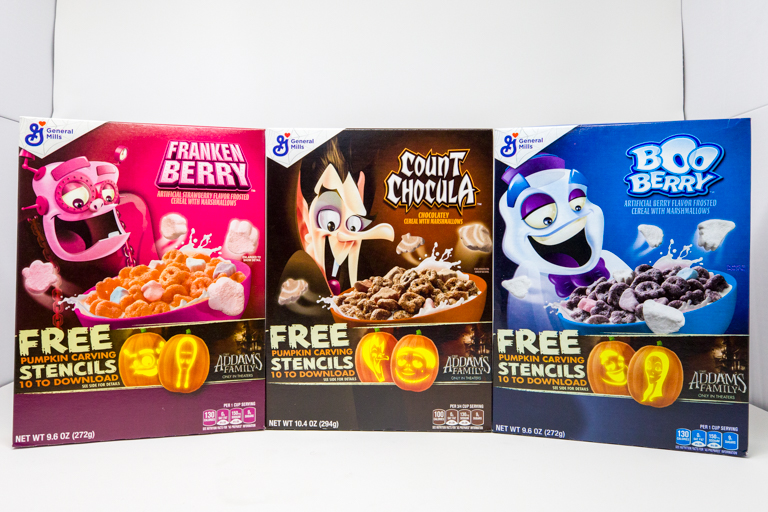 Lucky for us, Sam's Club was selling them in a 3-pack with all the flavors for $6. 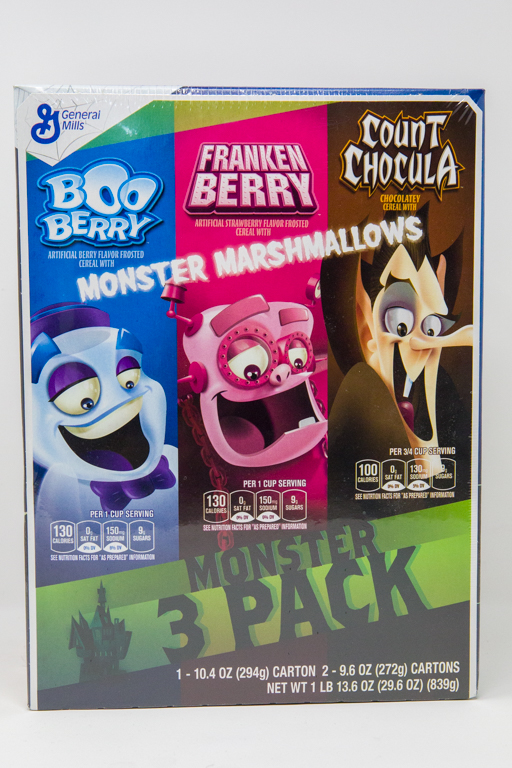 Nothing too special about the back of the box. It's the same design for all packages. And there's a tie-in this year with the new animated The Addams Family movie. 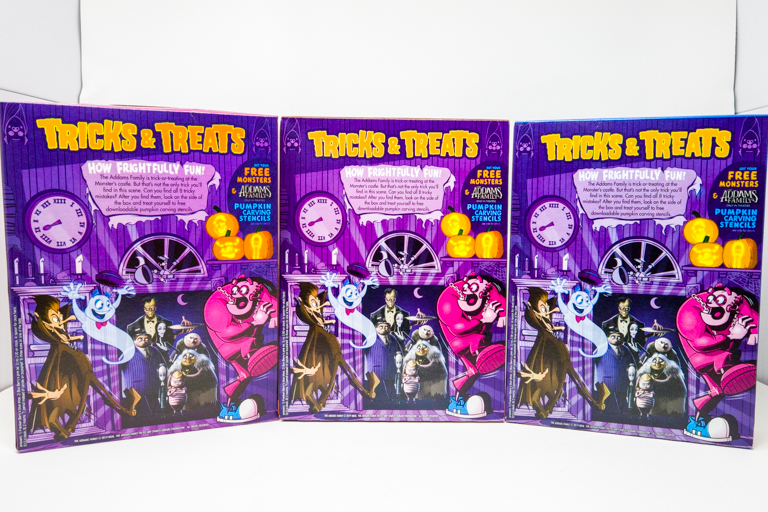 We got the gang together and tried all three cereals. Both with milk and without. 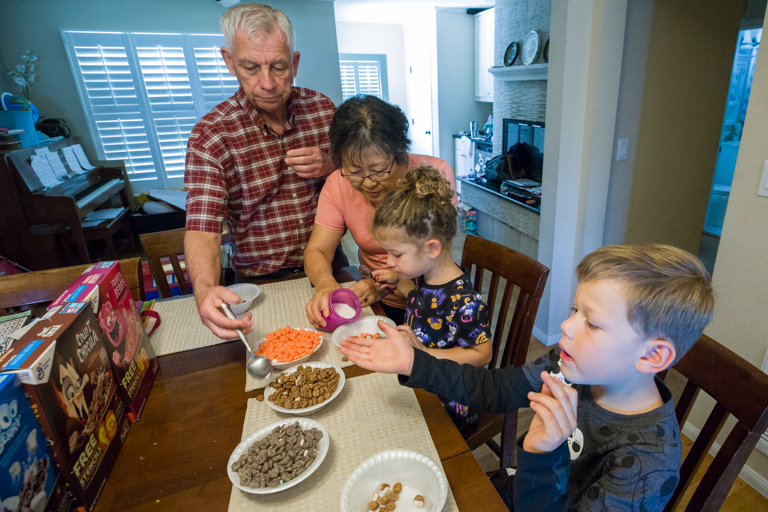 First up, Franken Berry. This is supposed to be strawberry flavored, but in reality it's a very subtle flavor. 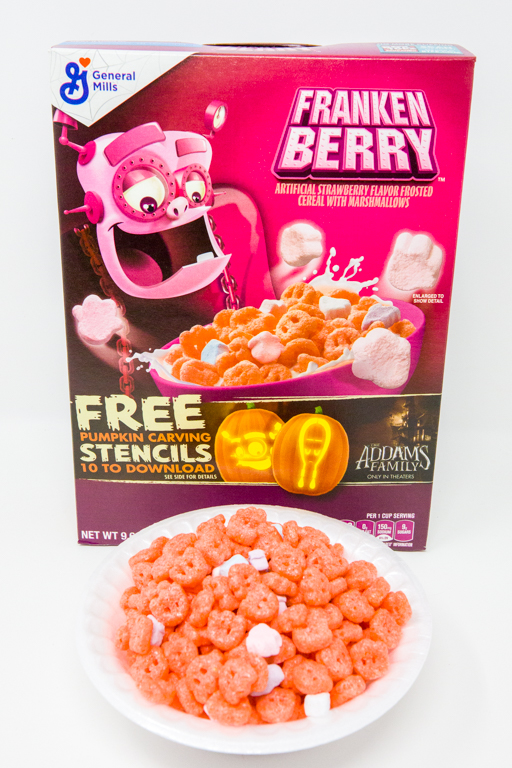 Next is Boo Berry. Supposedly the very first blueberry flavored on the market back in 1973. There was a lot more berry flavor going on here than in the strawberry cereal. 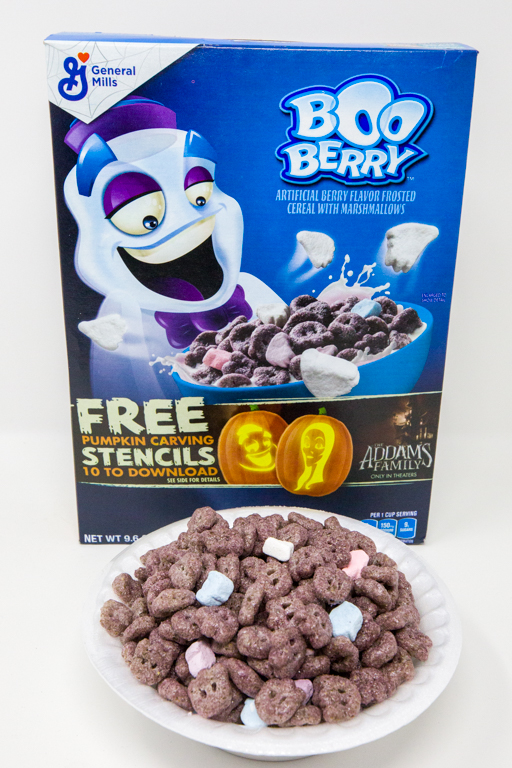 Breaking from the fruit theme and lastly it's Count Chocula. For some reason Alli repeatedly calls his Count Binocula. No idea where that's coming from. As far as flavor goes, this is the strongest of the bunch with a great chocolatey flavor. 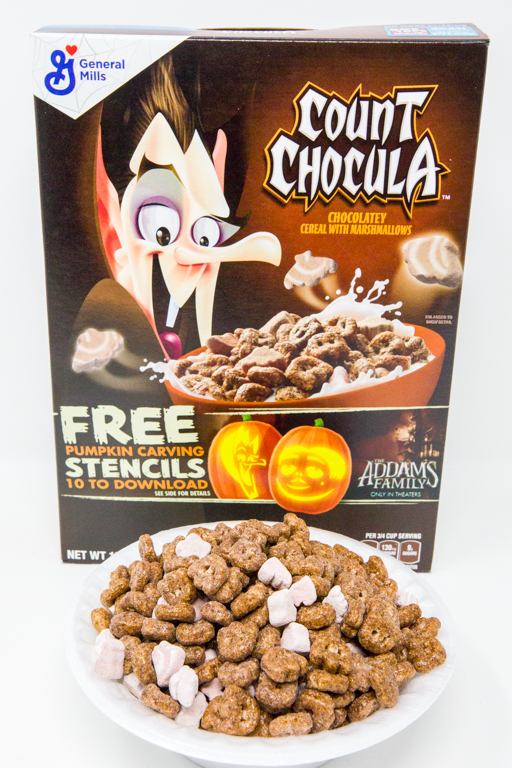 The shape of the cereal is the same across all 3. They look like Pac-Man ghosts.
For marshmallows, Count Chocula has stripey brown and white marshmallows. Tasting them by themselves, they don't have any chocolate flavor to them that I could tell. Just the regular freeze-dried  vanilla marshmallows.
The marshmallows in Boo Berry and Franken Berry are a different story. There's 4 different colors and they all have a strong berry flavor to them. Stronger even than the cereal itself. 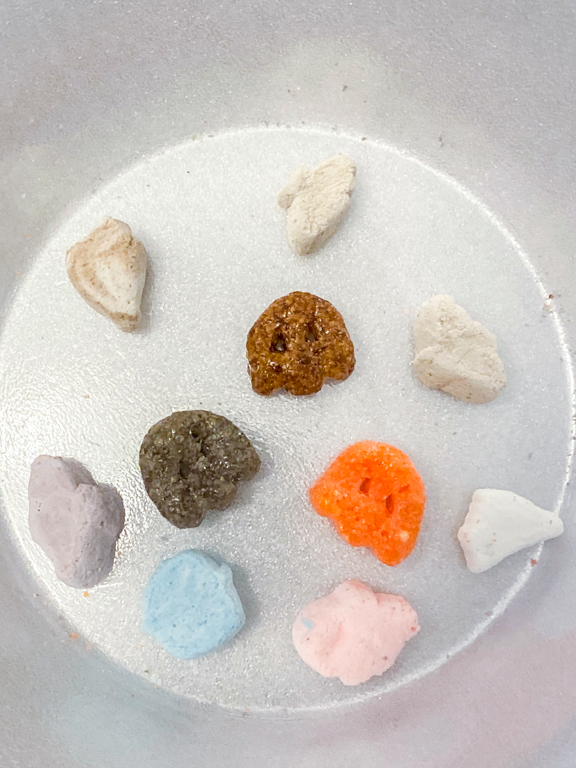 What's the winner? Here's what each of those bowls looks like after everyone has had a chance to each from them. 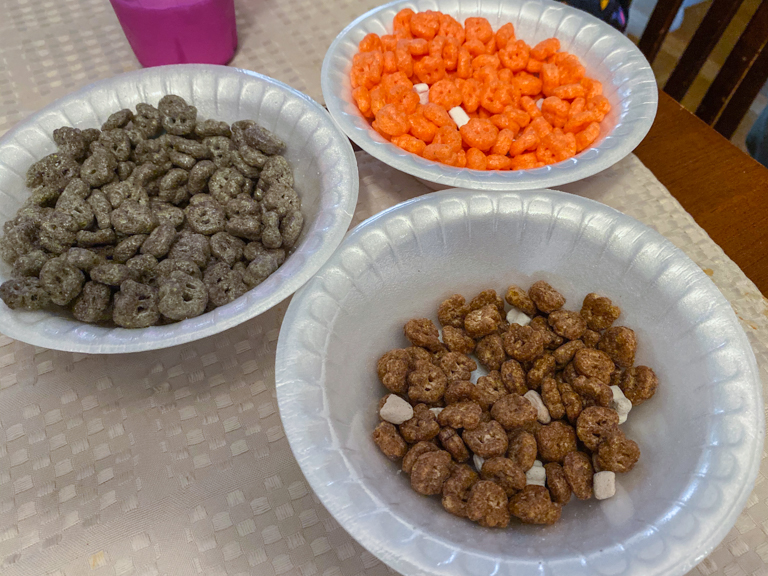 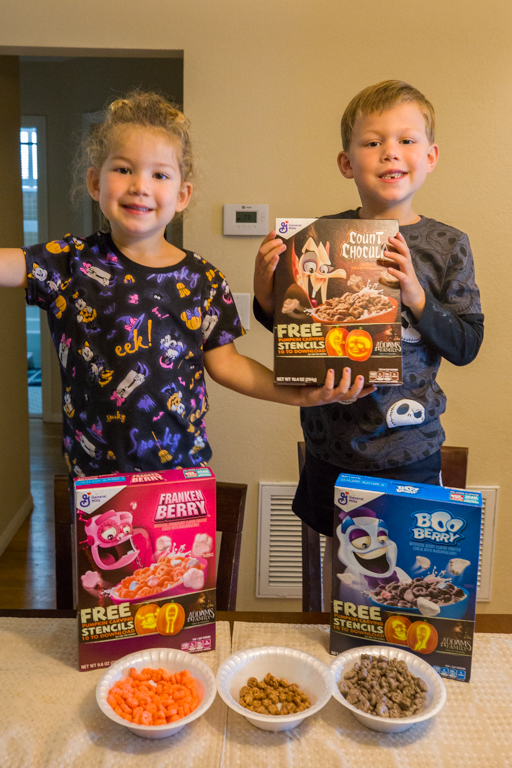 And just for fun, here's a whole bunch of the original commercials from the 70s, through today.
Posted by Joe at 5:30 PM