October 19th is National Kentucky Day. Now what do we know about Kentucky.
Back in 1792, Kentucky was a part of Virginia. It split from Virginia to become the 15th State. Known for horse racing, bourbon, bluegrass, and of course Kentucky Fried Chicken! 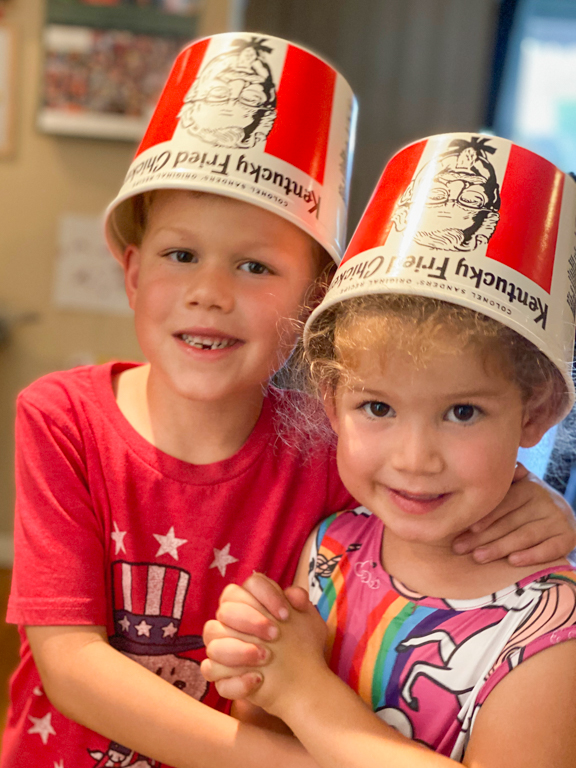 Actually when I mentioned it to the kids in the morning, Ian's first question was "What does their flag look like?"
What an excellent question. I pulled it up and this is what we saw. Ian put on his patriotic shirt for the day. 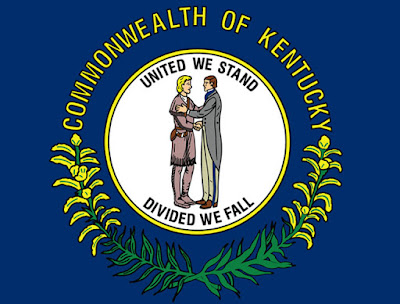 I still didn't tell them what I had in mind, but instead asked them if they could think of anything else related to Kentucky as we drove by the restaurant. Alli yelled KFC, but it was Ian who knew it stood for Kentucky Fried Chicken. Let's eat! 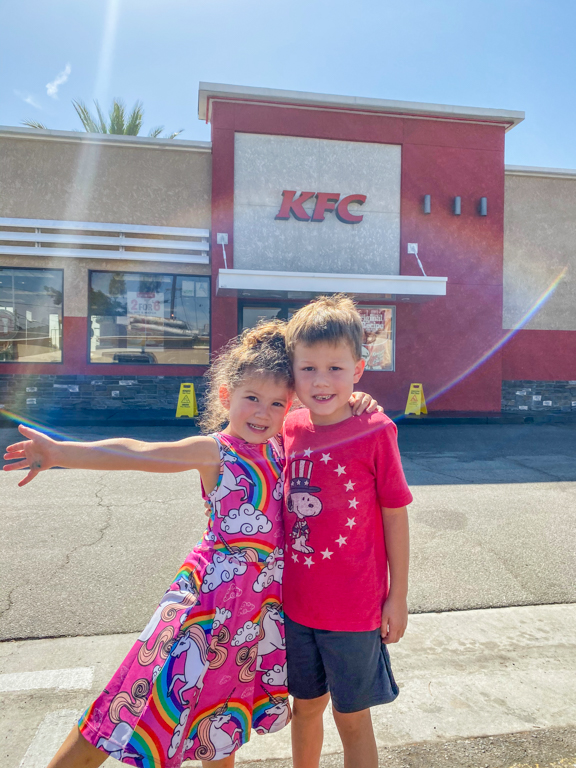 We ordered our food and Ian was excited to try this Mountain Dew Sweet Lightning. I gave it a taste and yum! It was very tasty! I was expecting a lemonade type flavor, but no, it's self described as "DEW charged with Sweet Peach and Smooth Honey." Tasty! A peach flavored Mountain Dew! 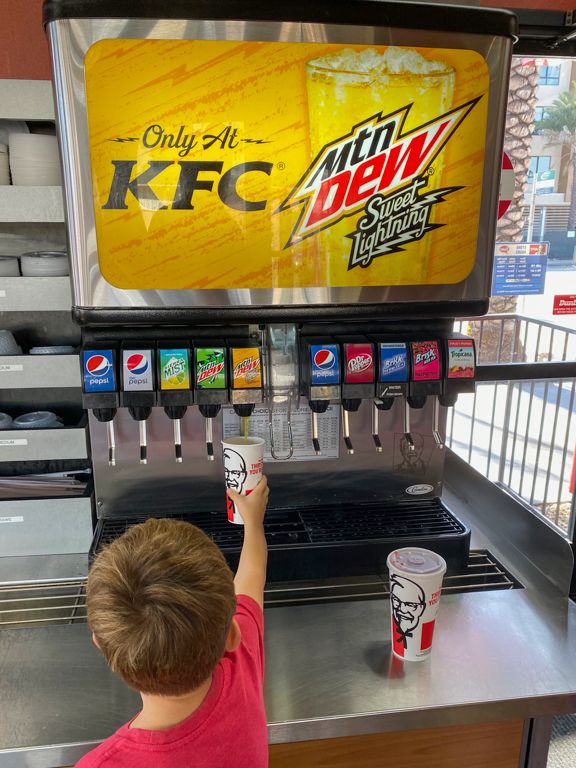 Once our food arrived, the kids tucked in. 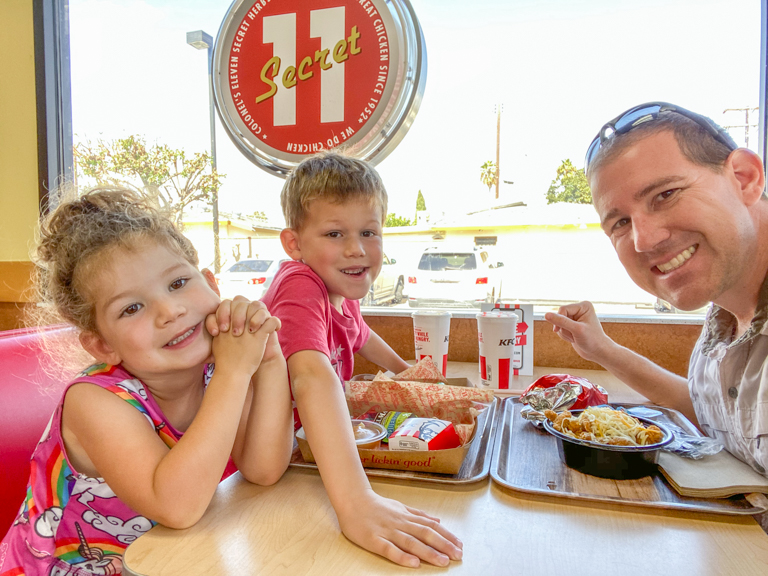 Ian liked his kids nuggets "almost as much as Chick-Fil-A".
The kids were curious about the person's face that was on all the stuff here too, which led us to talk about Colonel Harland Sanders and how he created his chicken. 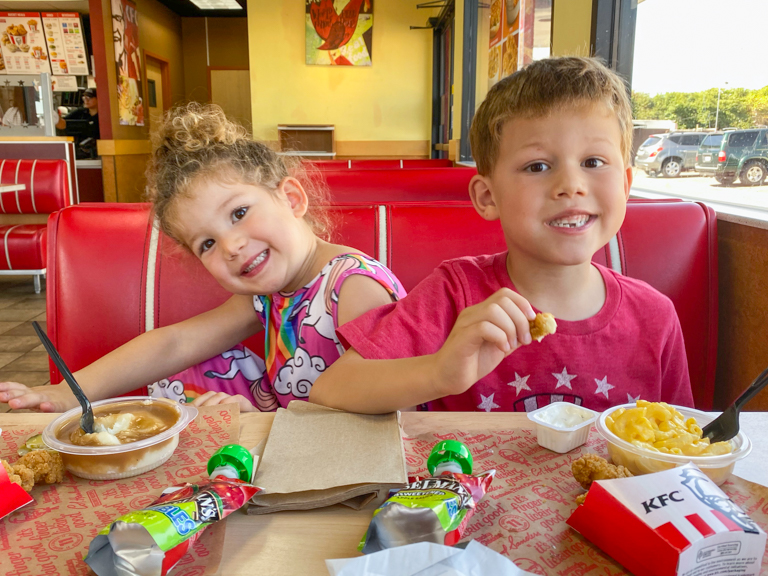 So, that's how we celebrated National Kentucky Day. A tasty visit to KFC.