March 10th is National Mario Day! Why? Well because when you abbreviate the date you get Mar 10, MAR10, or MARIO!
We love playing Mario! The kids are getting pretty good at different kinds of Mario, plus they are creative about putting together some things outside of the video games too! They've got Mario Legos, Mario Kart matchbox cars, pajamas, and more! 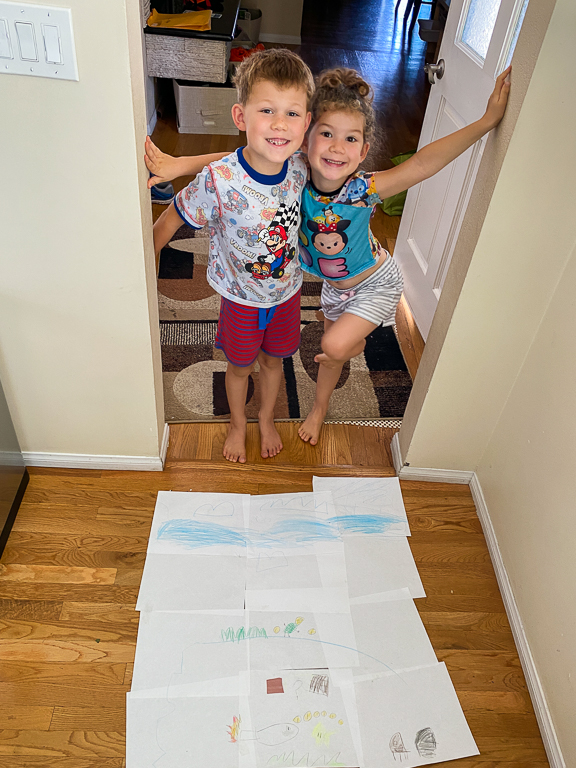 I'm pulling this together from things we've done over the last year, so you'll see some older pictures. Ian and now Alli are getting pretty good at Mario Kart on my old Wii. They like the races, but they really like exploring. They'll start a race and then spend 10 minutes going around different parts of the track looking for places they can go that might normally be Out of Bounds. 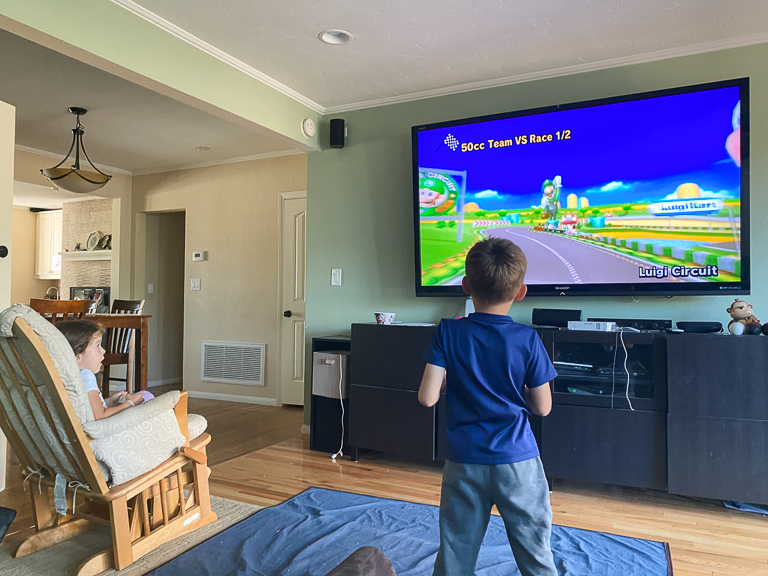 And sometimes all four of us grab a controller and race together. Everyone gets their own portion of the TV. It helps to have an 80" tv screen! 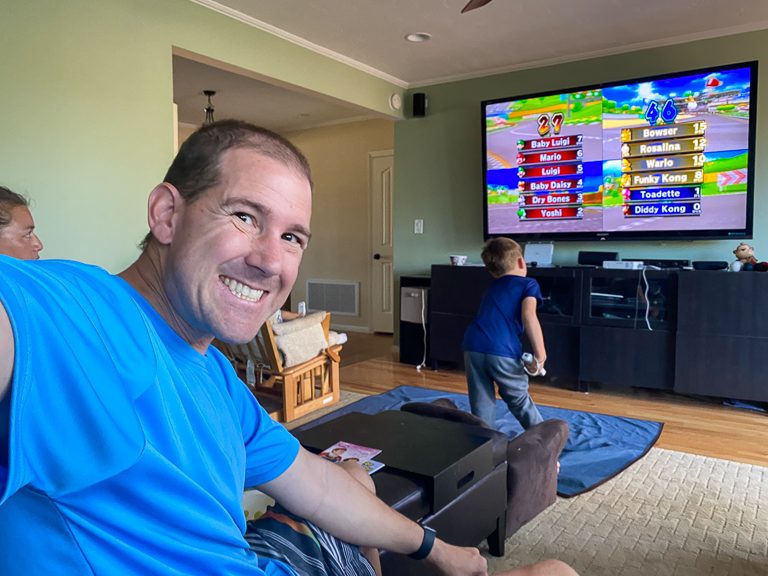 The kids decided that they were going to create their own Mario Brothers level. They drew up different "screens" on large pieces of paper so they could physically run the courses. 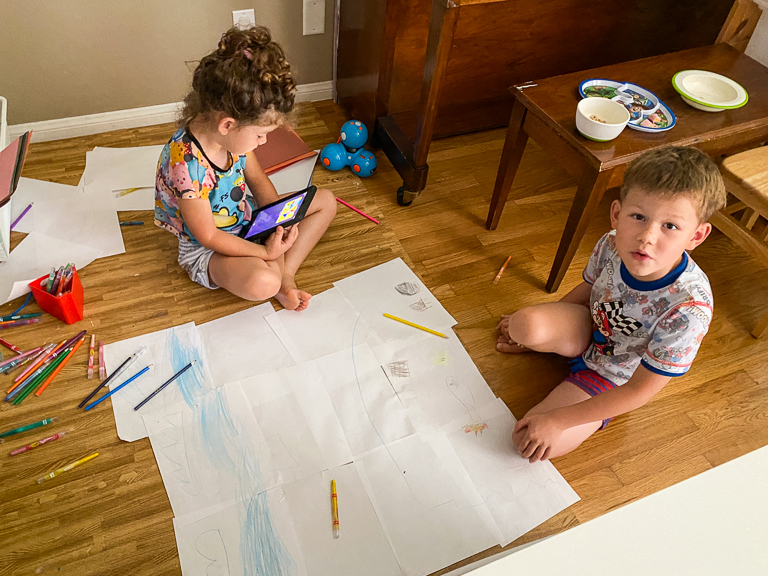 Getting their course set up. 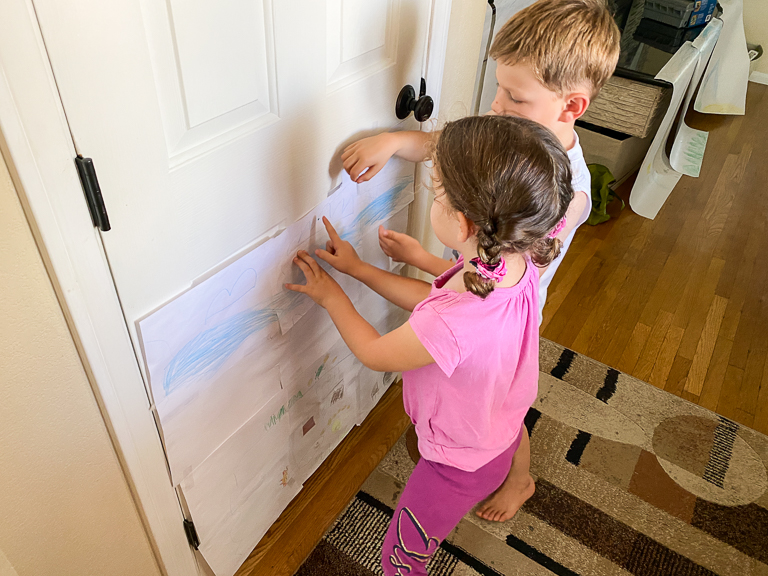 They showed me how it would work with a little Mario. 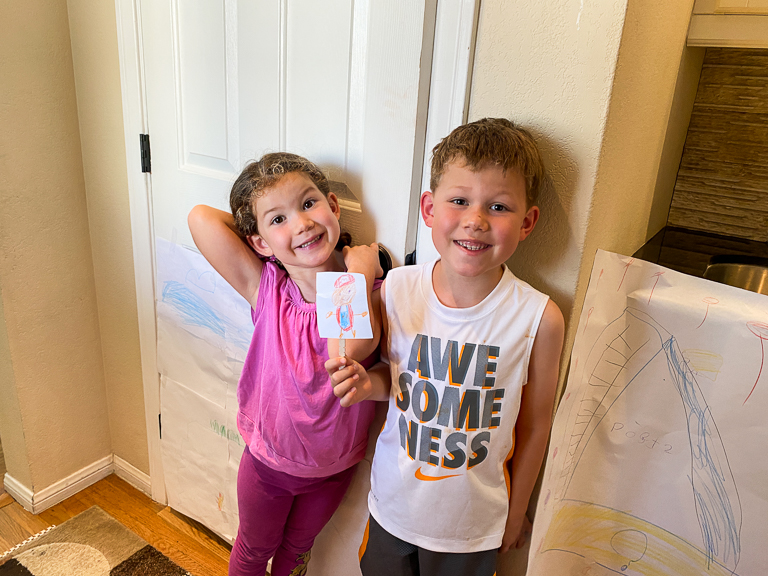 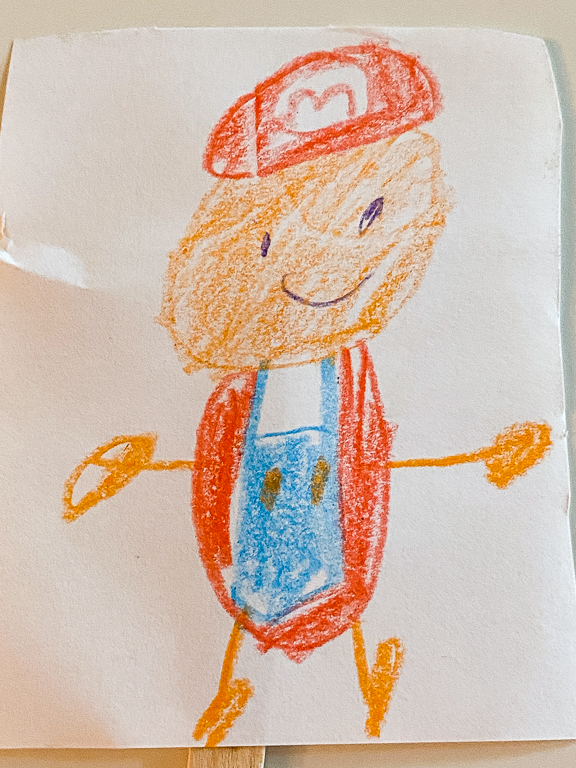 Then they gave me a Mario hat and invited me and Alli (Luigi) to run the course ourselves! 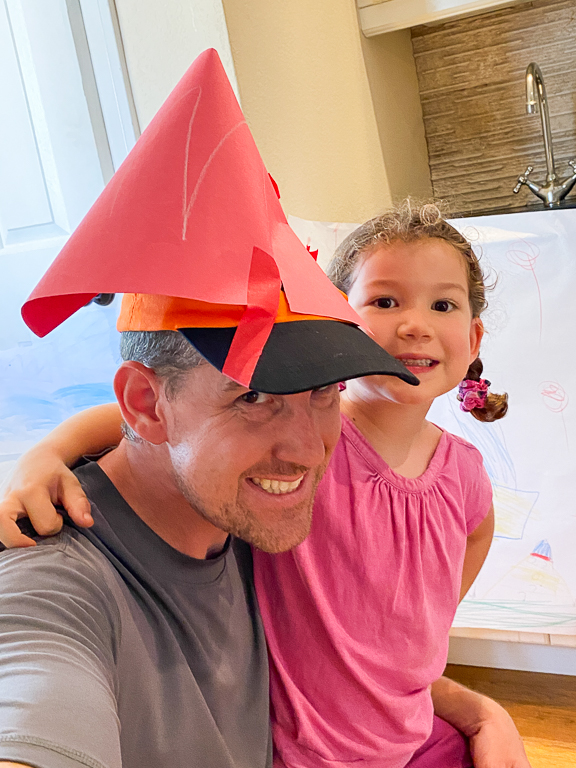 Let's do it!
They enjoyed the classics. An original Mario Brothers game where they laughed and giggled when they stomped on top of each other. 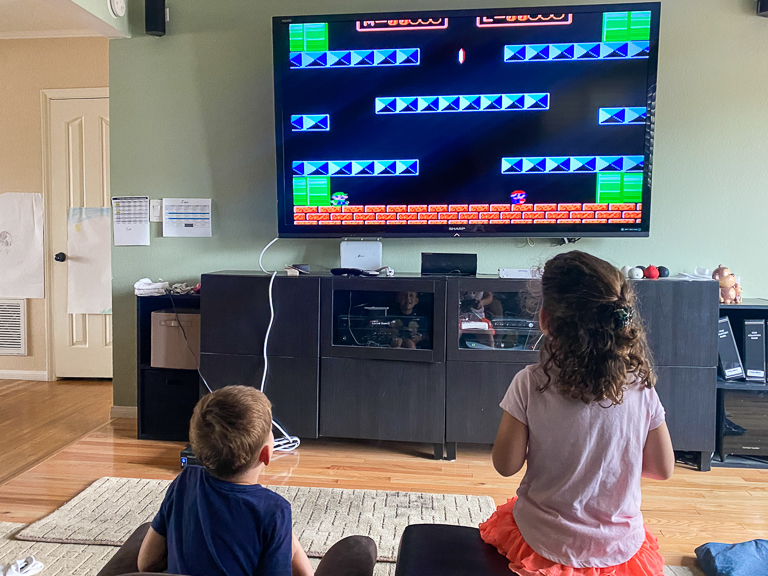 Ian also has a RC Mario (that burns through rechargeable batteries, and has a poor battery box design), that he and Alli recreated levels from the Wii in their room and living room.
Yoshi's Island 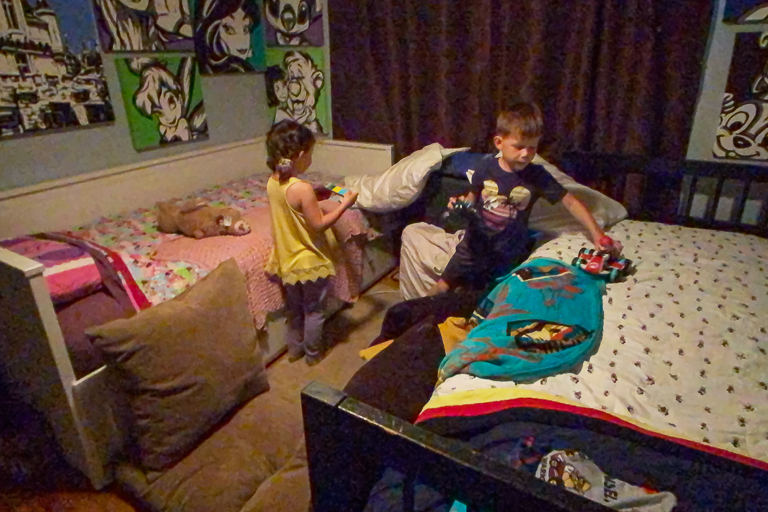 Mario Circuit. Alli acted as a Chomp-Chomp and got a real kick out of it. 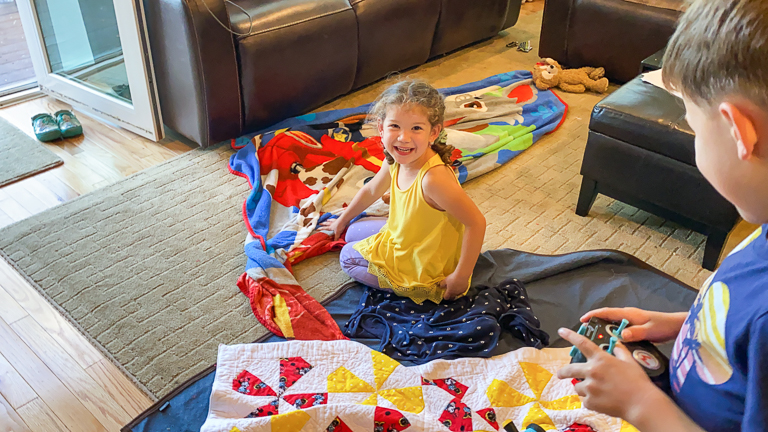 And even in our new place, and especially this past weekend, we are still playing Mario Kart together. The kids aren't too bad. Ian and Alli have unlocked a lot of the characters and tracks. 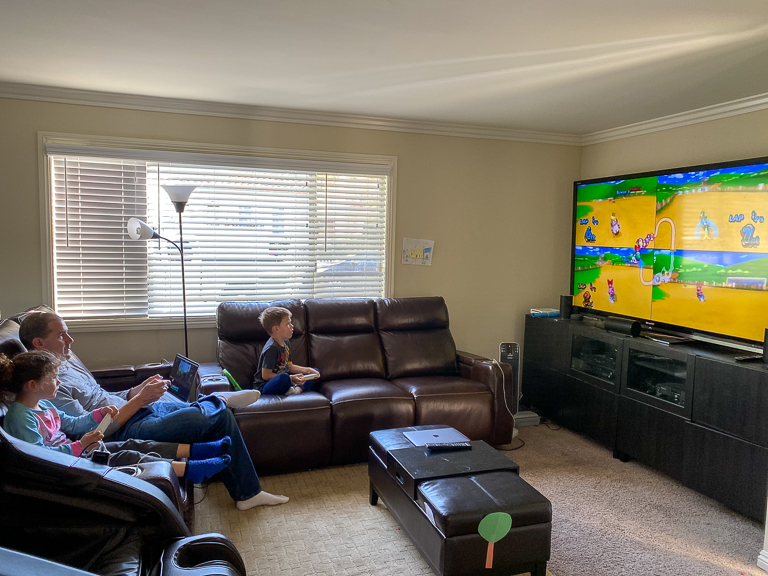 All four of us on the same team! 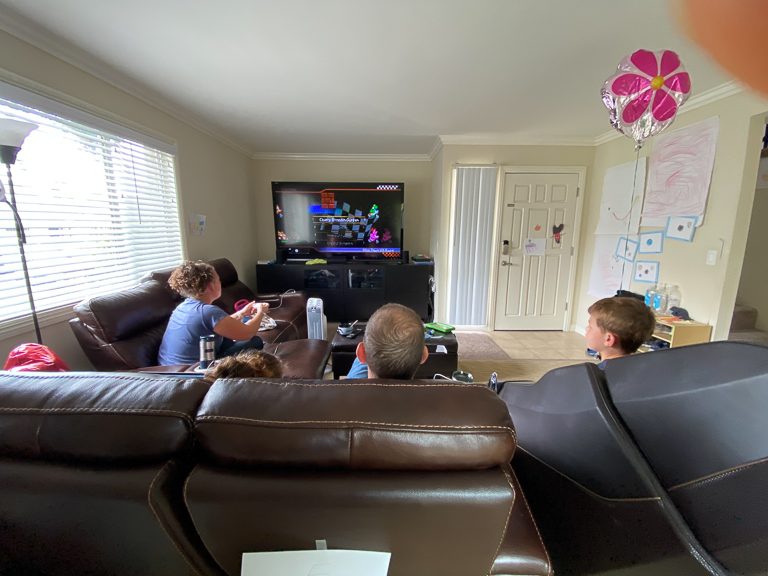 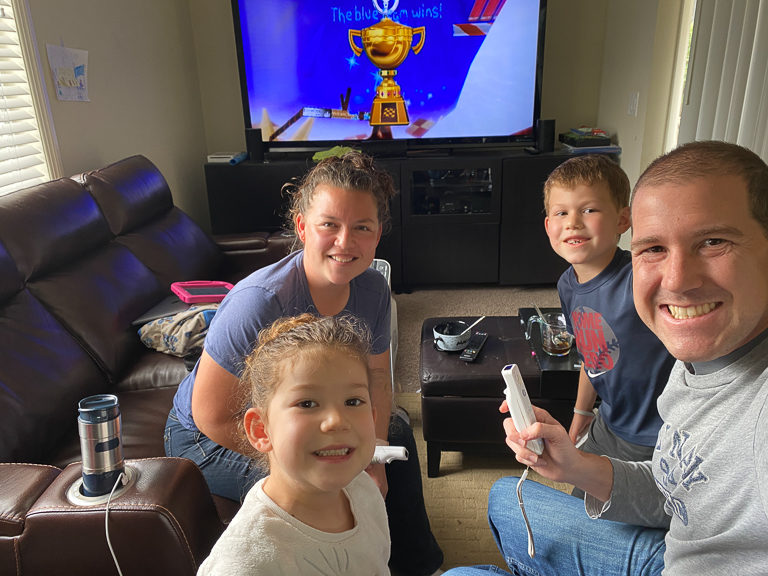 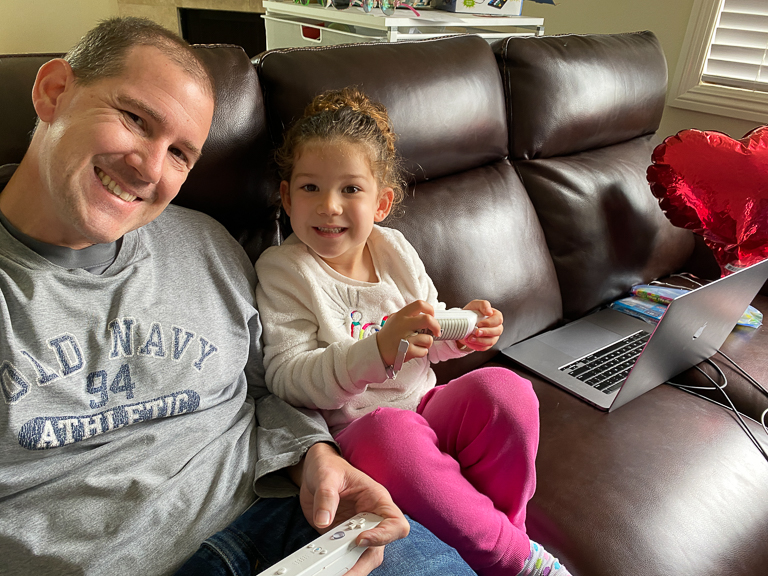