Saint Patrick's Day is coming up and we've got a lot of things we're going to make to celebrate!
While we were watching a Good Eats episode with Alton Brown, he was making homemade Nilla Wafers. Theresa said "Those look good! Can you make those?"
I put on my thinking cap, trying to figure out how I could tie it into anything that was coming up. Hmm, Nilla wafers are small and round like coins. They're yellow. Kind-of gold. What about if we called them Leprechaun Gold Cookies and make them for Saint Patrick's Day?
Theresa - Sure! Any reason you can think of to make them works for me. 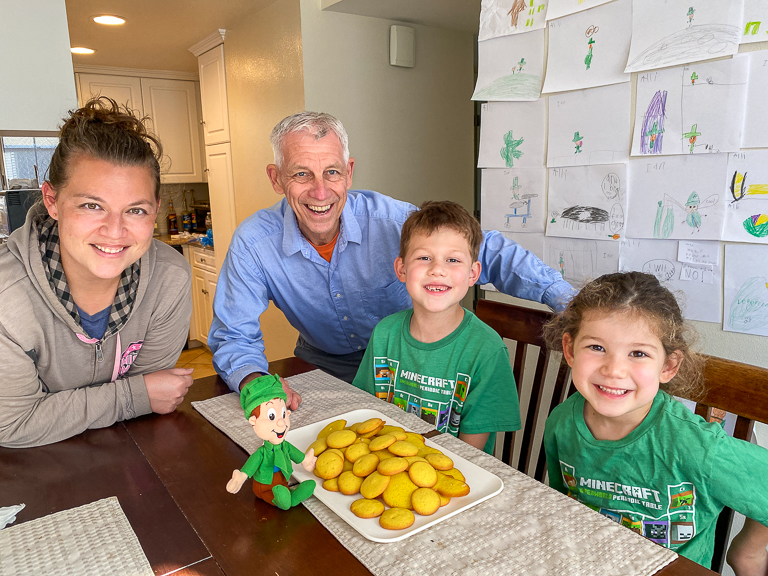 And so, the very next day, the kids and I got to work making Nilla Wafer Cookies. In the end, I chose a different recipe than Alton Brown used (sorry AB). This one came from BiggerBolderBaking.com for Homemade Nilla Wafers. It's time for Ian to learn how to separate an egg. Alli is supervising. 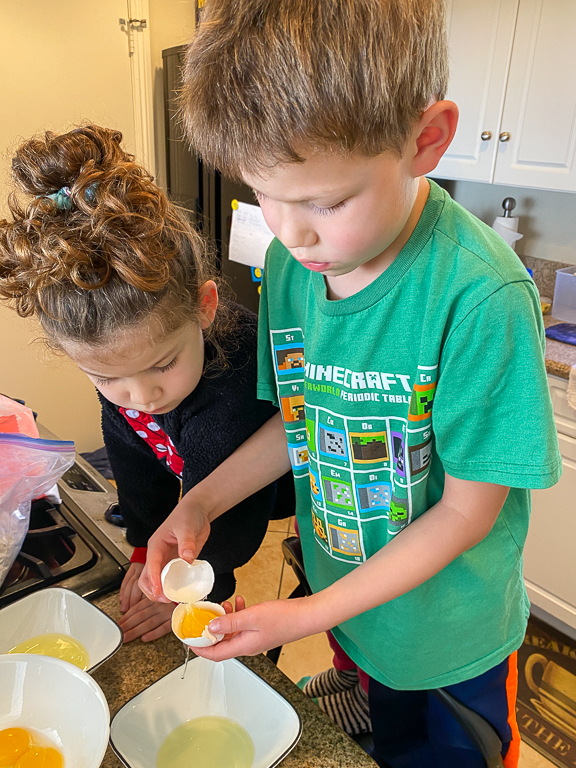 Then it was her turn to measure out the powdered sugar. I like it when recipes tell you what you'll need in grams instead of volume. 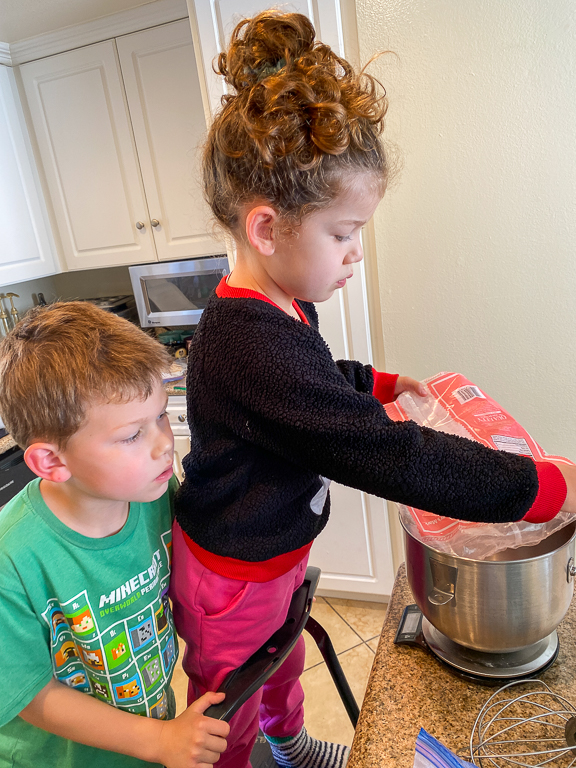 Ian cut up a stick of room temperature butter. 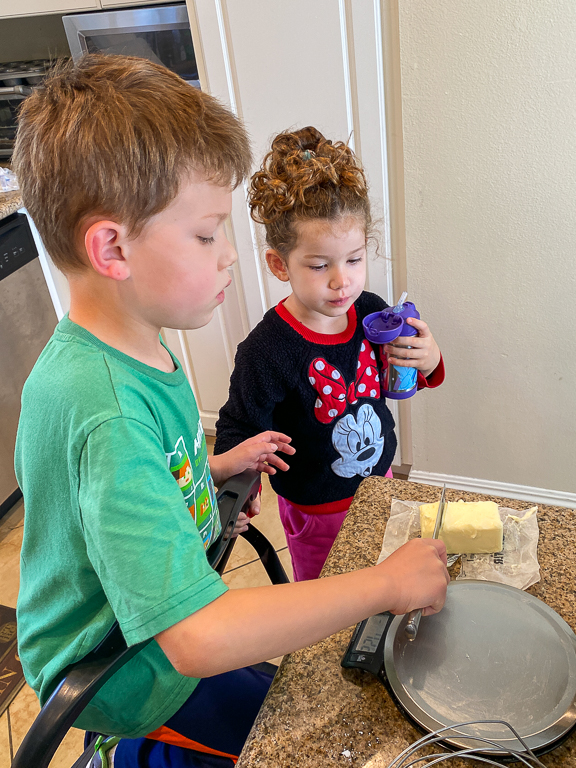 And then butter and powdered sugar creamed together until it because light and fluffy. 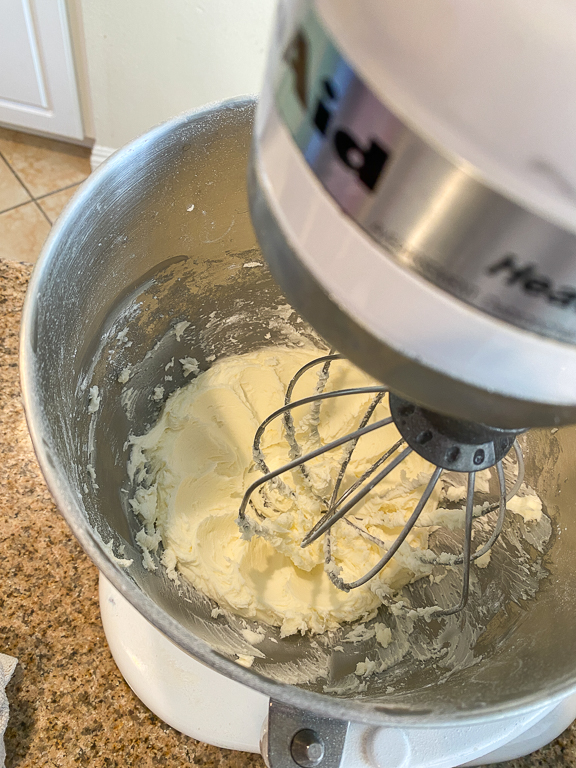 Then Ian slowly added the egg whites and things whipped up even more. 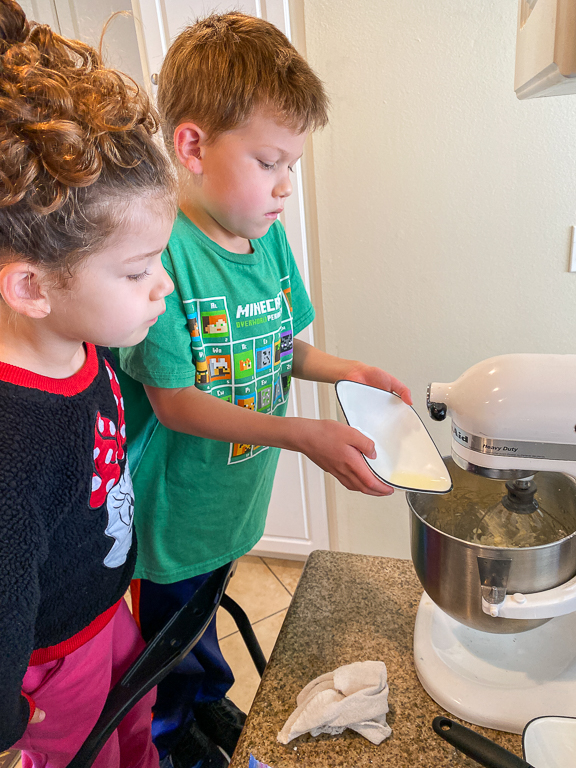 Alli added our whole egg to the mixture. 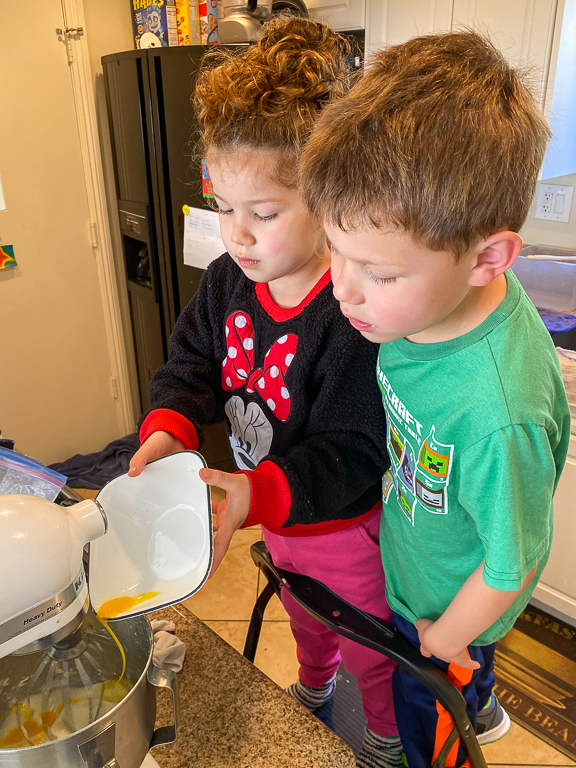 Ian is measuring the salt this time. 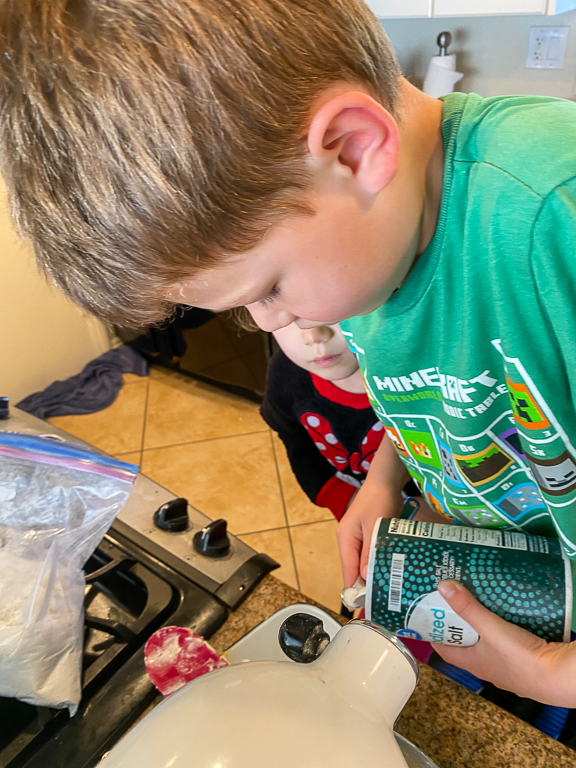 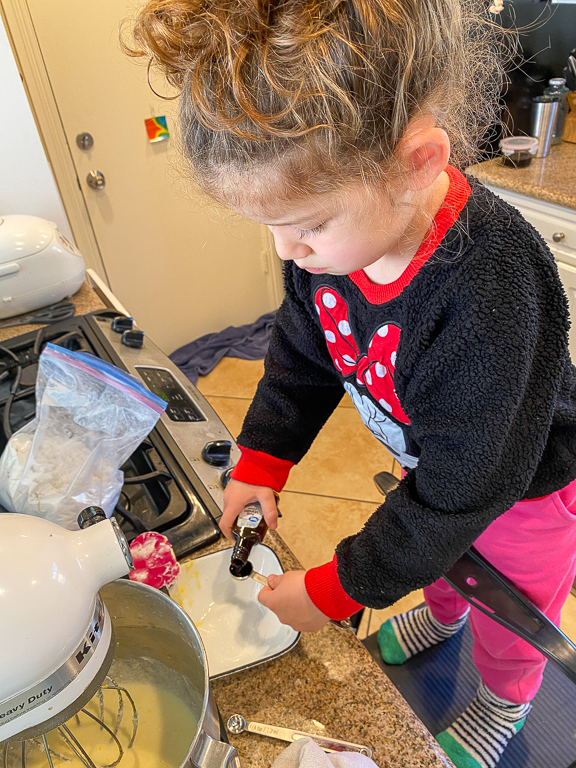 Since these are leprechaun gold cookies, I added a few drops of yellow food coloring to give them a bit more gold color. 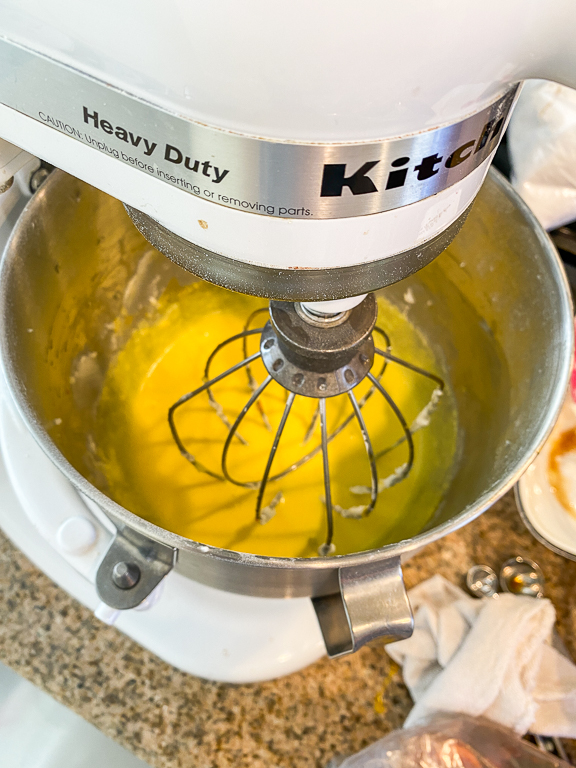 We took the whole bowl out of the mixer and I added the flour. 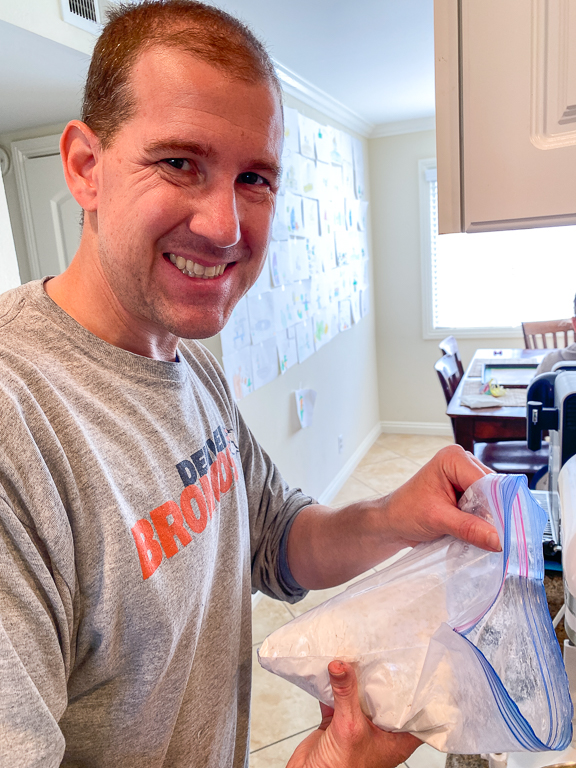 The recipe cautioned to not over-mix, otherwise you might end up with tough cookies. Ian took a turn giving it 10 good stirs. 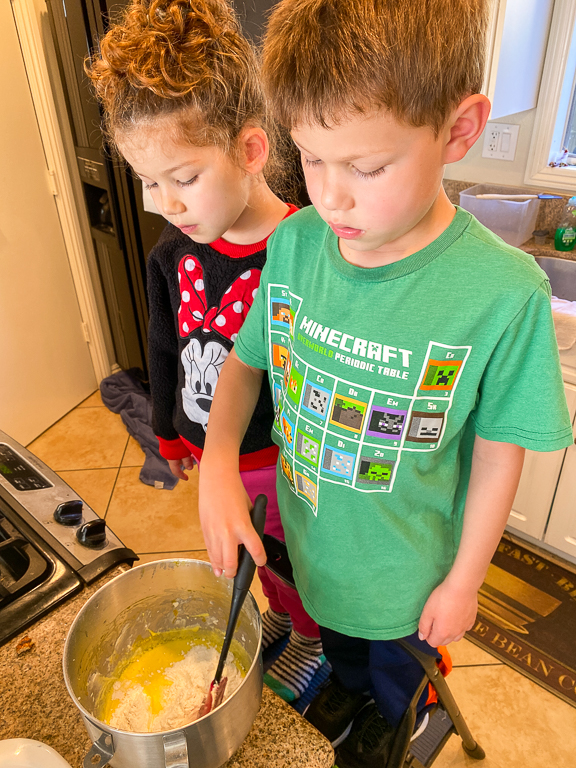 Alli gave it 10 stirs, and then I did a couple quick mixes to get everything incorporated. That all went into a ziplock bag and into the fridge while the oven is preheating to 350F. 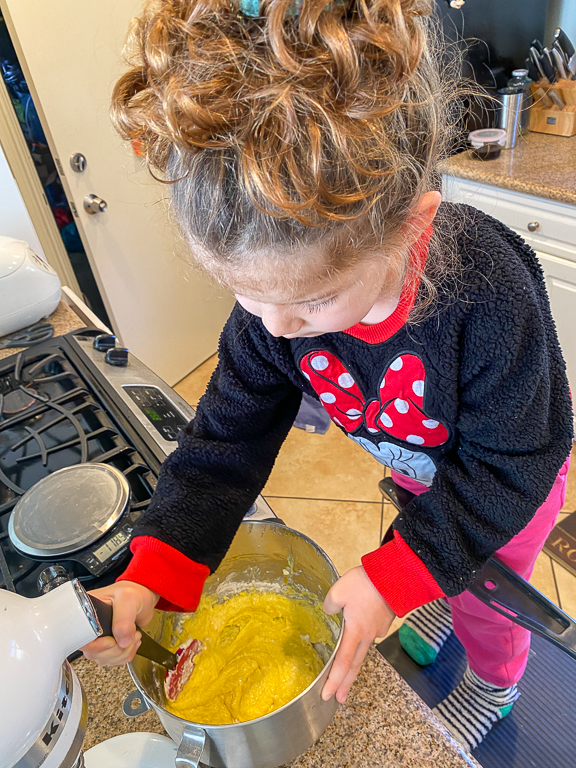 Time to pipe everything! This is supposed to make nearly 100 cookies, so we'll be making these in 2 batches. The kids each got a tray of cookies to pipe out for themselves. 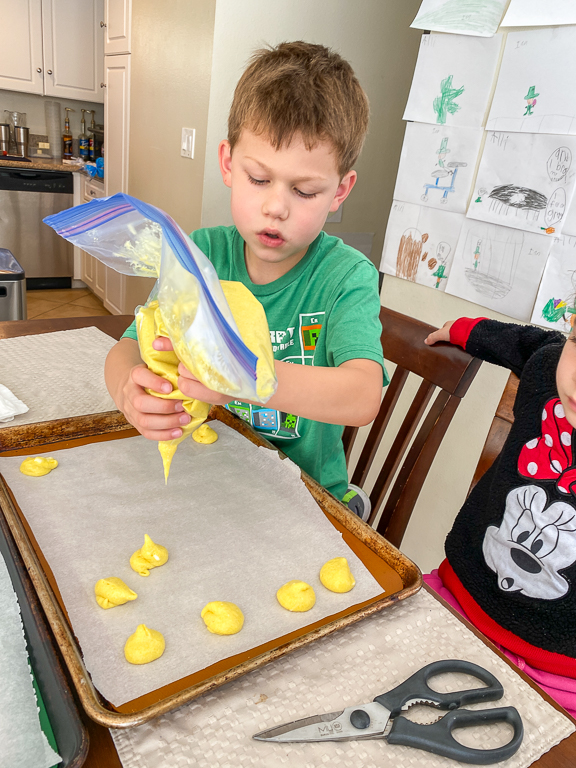 Alli was super meticulous. Very much watching the details of trying to get the cookie to be a nice circle. 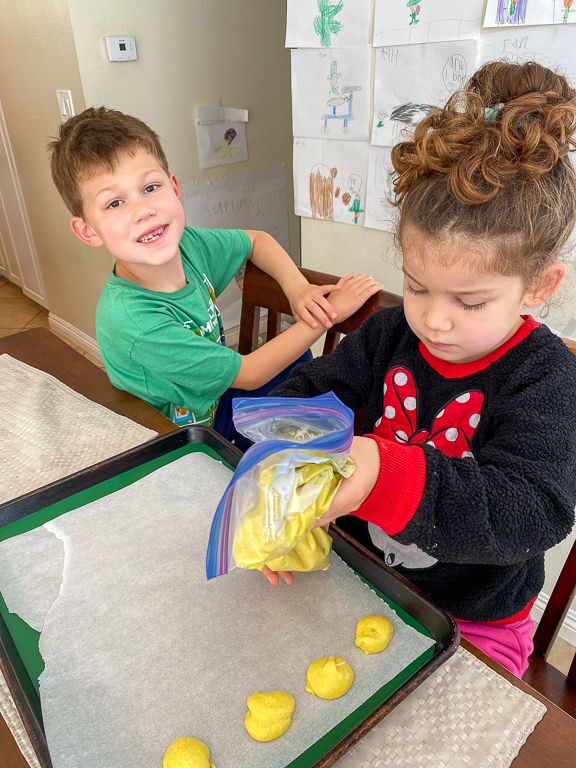 After the first batch, I thought they might be a little thin, so I added a little more flour and just a touch of baking powder. That resulted in a fluffier cookie, more similar to the Nilla Wafers I remember. 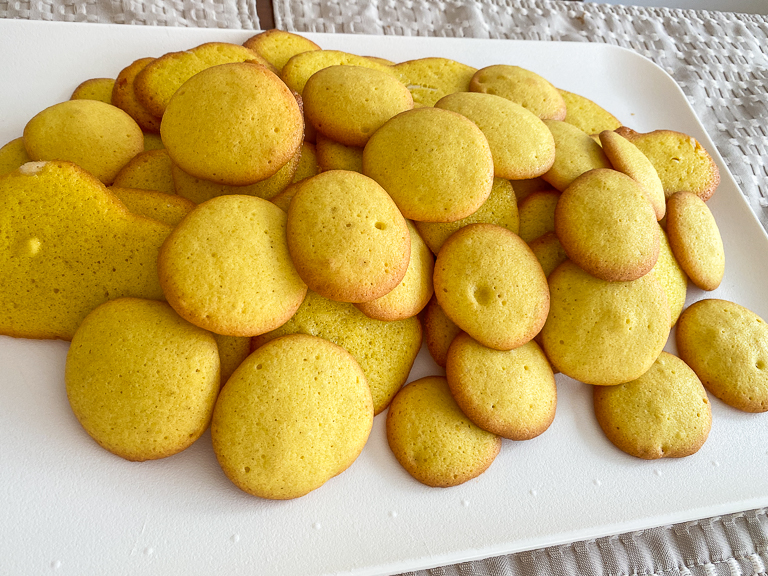 And look who showed up now that we have Leprechaun Gold! It's Lucky the Leprechaun! 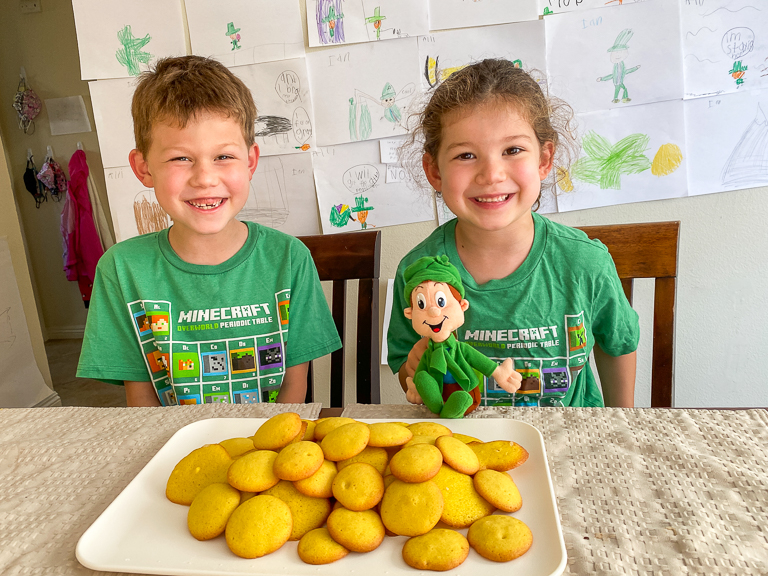 And who else is here? Grandpa! His most favorite cookie ever is the Nilla Wafer, so he certainly wasn't going to miss this cookie tasting. 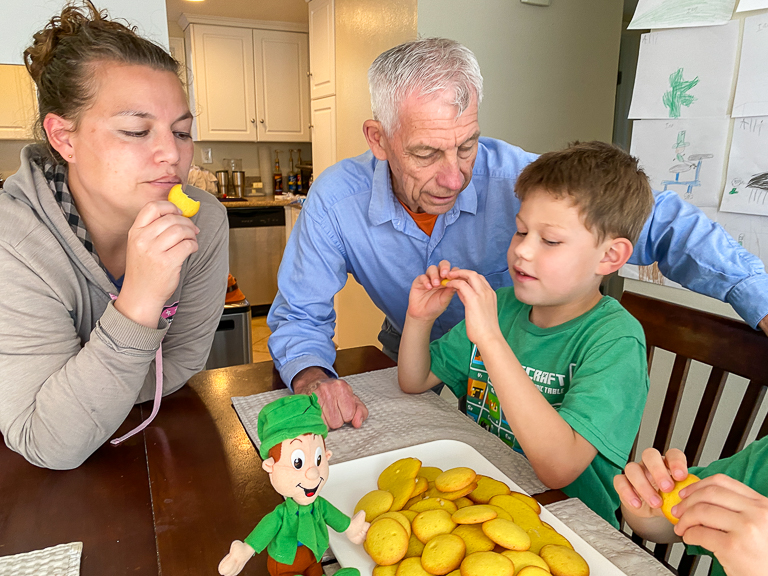 Lucky! We see you trying to take one of these cookies! 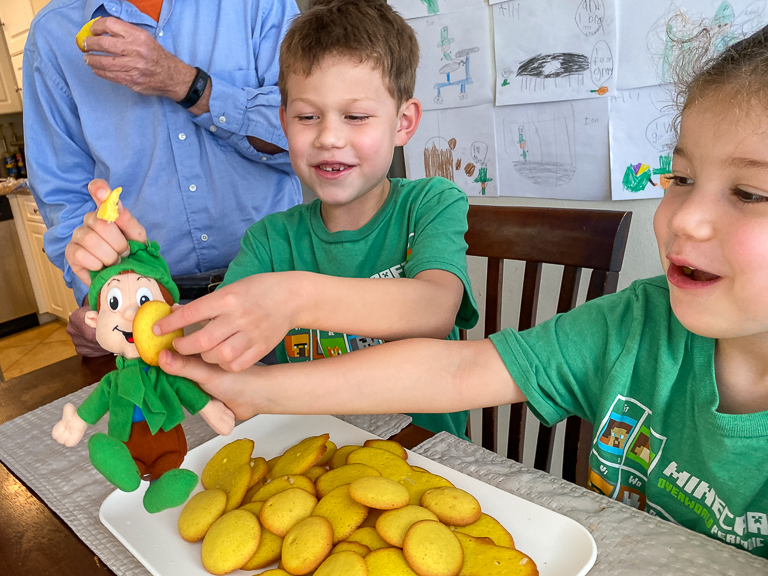 In the end, the cookies were a pretty big hit. And even though the thin ones didn't look as much like the classic Nilla Wafers, people enjoyed them more because they were more crunchy and less chewy. I wouldn't have minded a little bit more vanilla flavor either, but they were tasty regardless.
They really reminded me of the homemade fortune cookies I made a while back.
This was a fun start to our Saint Patrick's Day treats!