March 25th is National Tolkien Reading Day! We've been introducing the kids to some bigger stories at night that take longer than a few nights to finish. In honor of this day we knew that was coming up, we started J.R.R. Tolkien's The Hobbit!

But how else can we do something creative and fun for today. I love baking things, so why not make that Elvish bread that in the Lord of the Rings series, Lembas Bread! 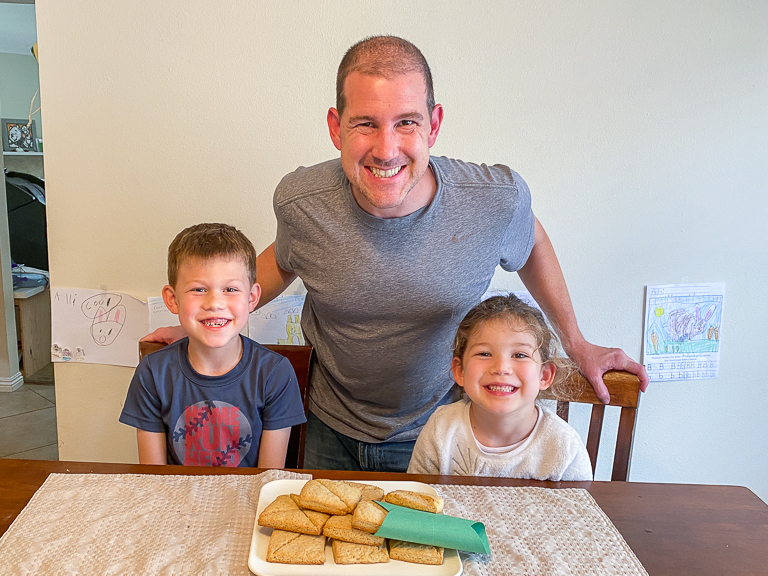 When I asked if the kids wanted to help me make a special treat from Lord of the Rings, they dropped what they were doing and jumped at the chance. I showed them a few clips about Lembas Bread, which they found hilarious (and we'll visit a little later), and then we set about making our bread. 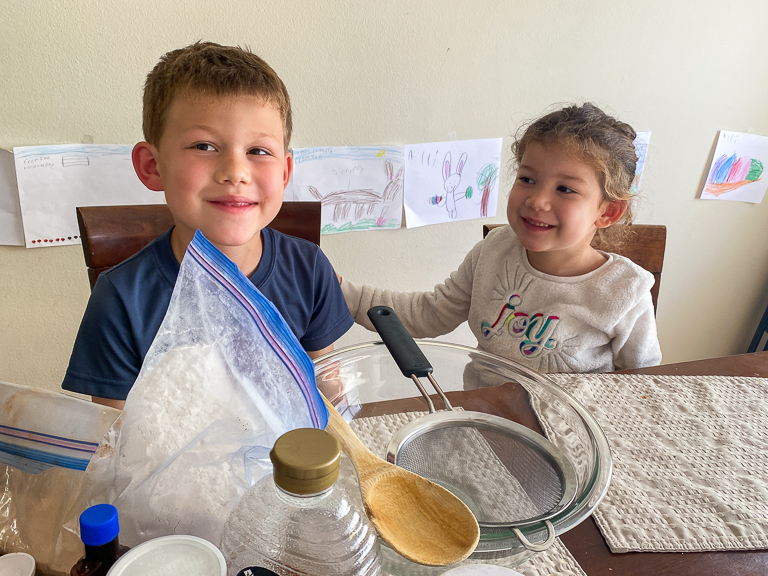 Looking for a recipe, I found a few different ones.
Some were super simple (butter, brown sugar, flour). I'm choosing one that's a little more involved.
Mine was from SparkRecipes for Lembas Bread. The recipe says bread, but looking over the ingredients, I'm not so sure. We'll see what this turns out like. Ian started by sifting some flour. 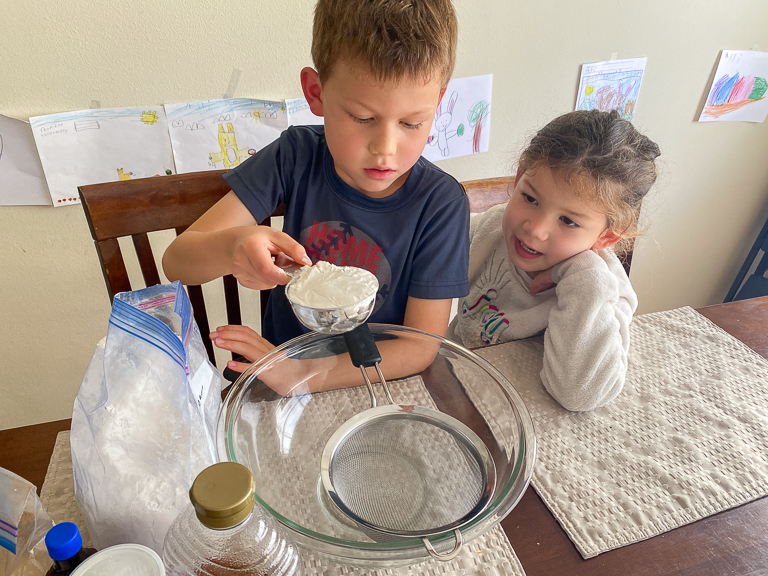 Then Alli added a bit of baking powder, and Ian followed up with some salt. 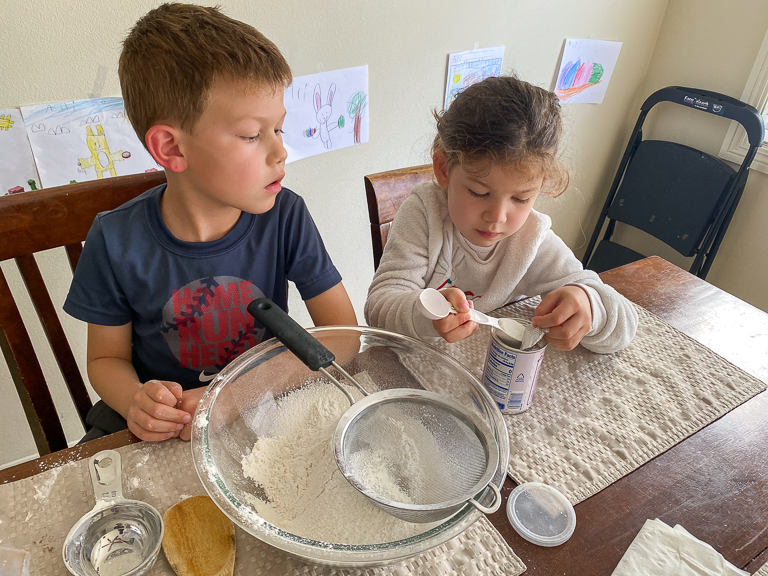 I cubed a stick of cold butter and the kids went after it with a fork to mush it into the flour and break up the fat particles. 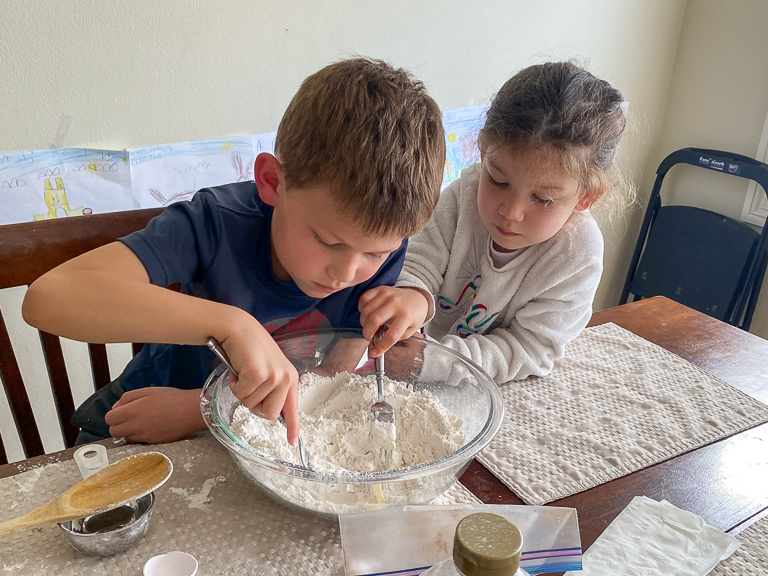 How are we out of cinnamon? Luckily I had some cinnamon sugar that I use for Taco Tuesday's cinnamon twists that will give us a little bit of cinnamon flavor. Alli added a bit of brown sugar. 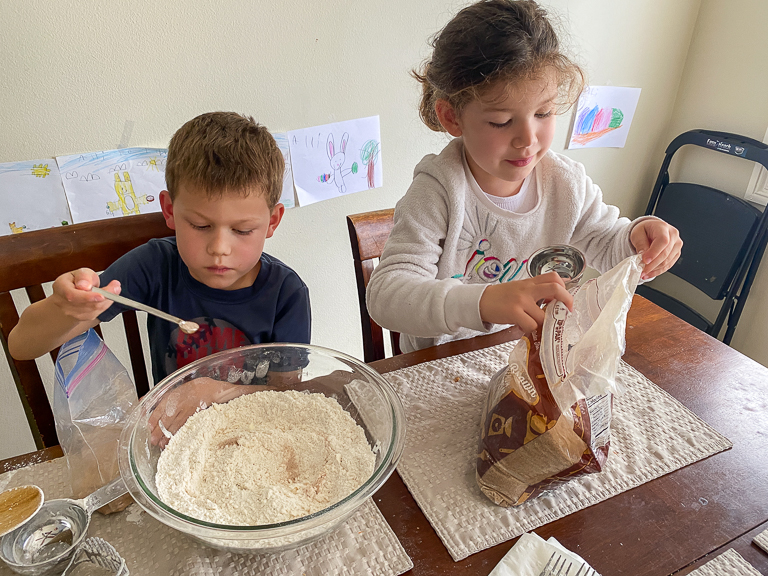 Stir it all together for us Alli! 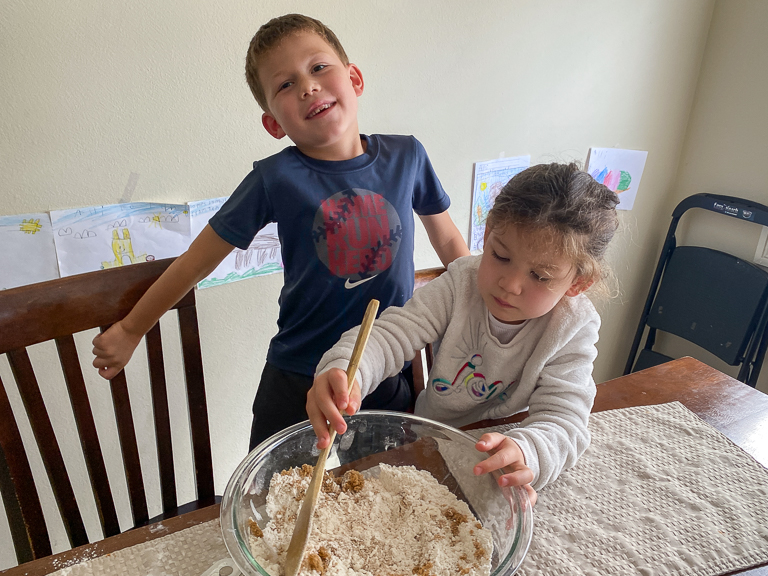 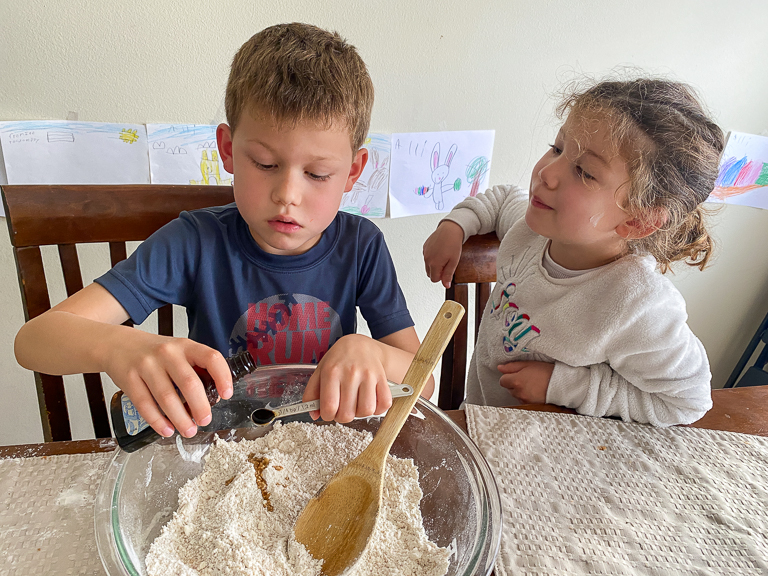 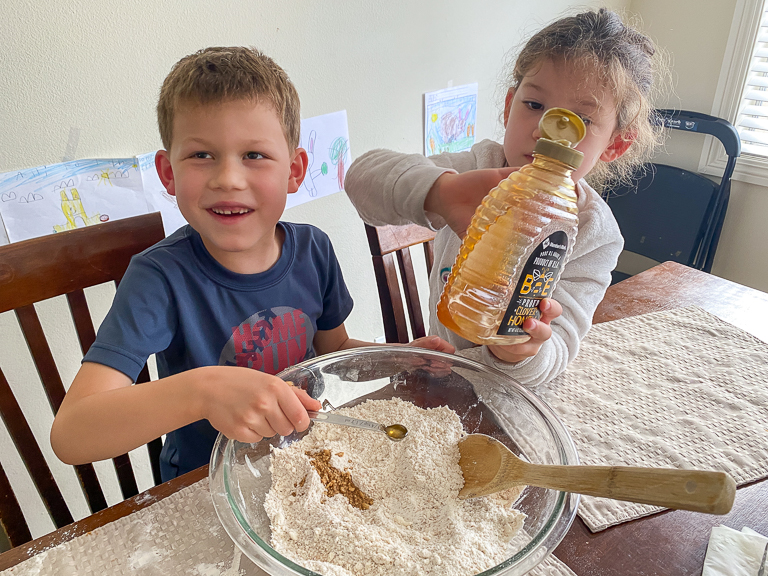 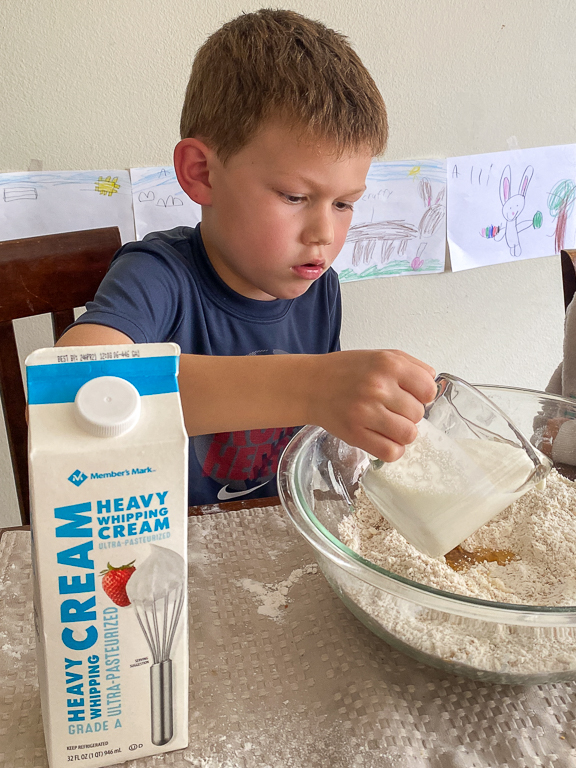 It suggested adding enough for it to come together as a dough. I kept adding more and more until I had probably added 1.5 times as much liquid as the recipe called for. We'll see what this all comes together as when it bakes up. 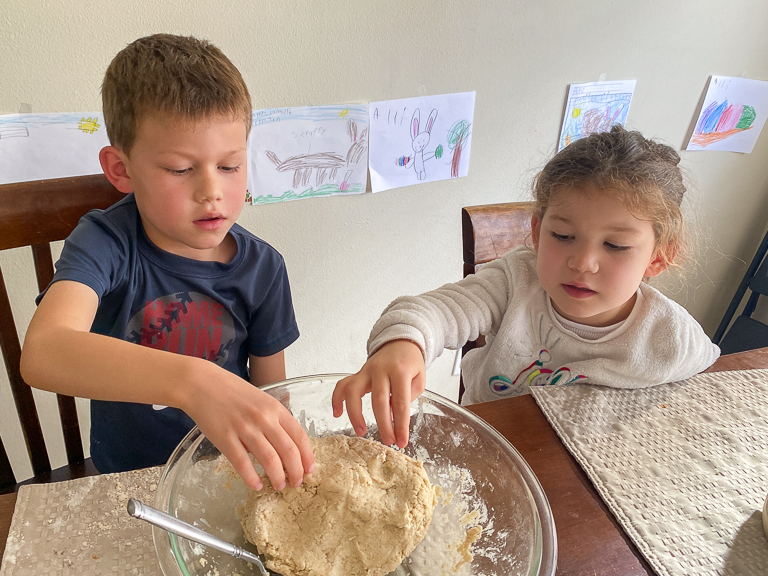 It needs no time to rest or chill. We immediately rolled it out to a fairly thick dough. 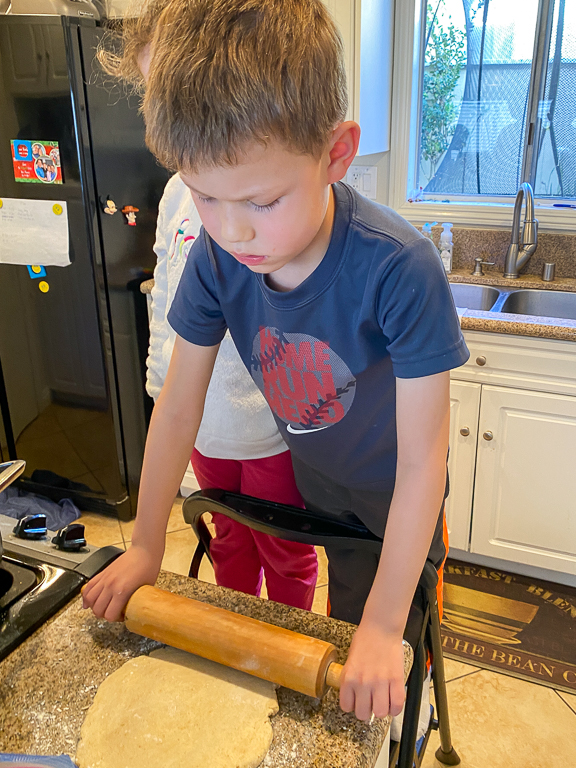 Used the pizza cutter to slice a large square, and then halved those to make 4 smaller squares. 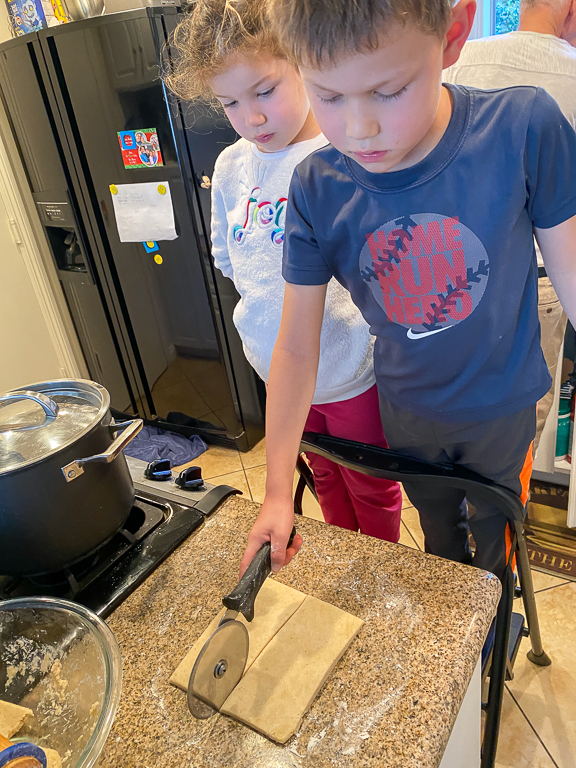 Those go onto a cookie sheet until we're ready for the last step. 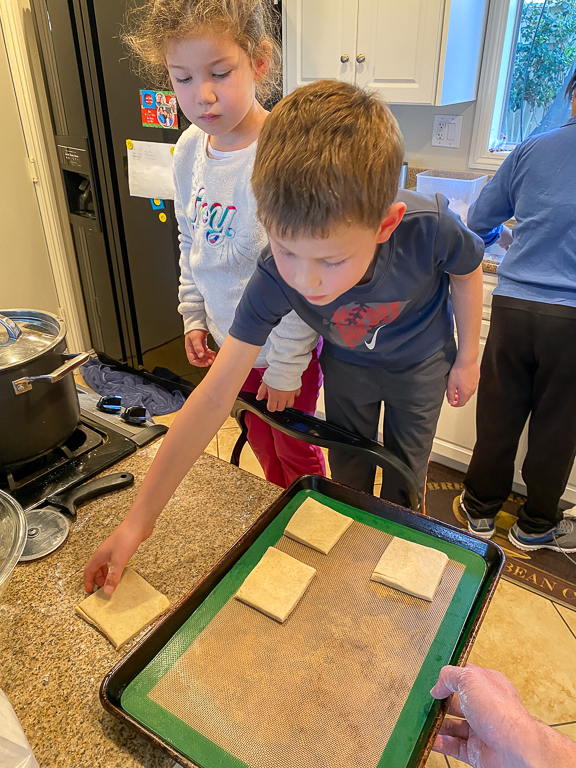 Just like Ian got his turn to roll out the dough, Alli of course wanted to do it too. They are both getting pretty good at using the different kitchen tools. 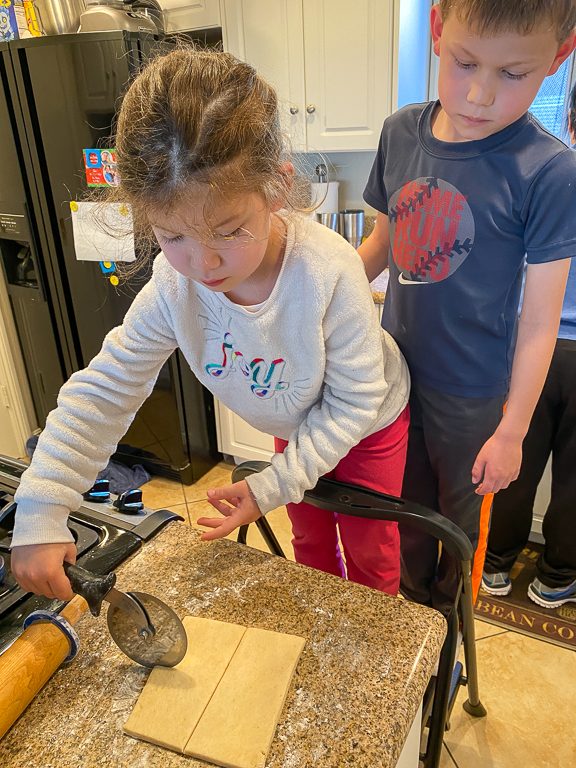 Before they go into the oven, we need to add some lines to these. The Lembas Bread in the movie is scored so you can break off pieces. The kids used butter knives to partially cut through them. 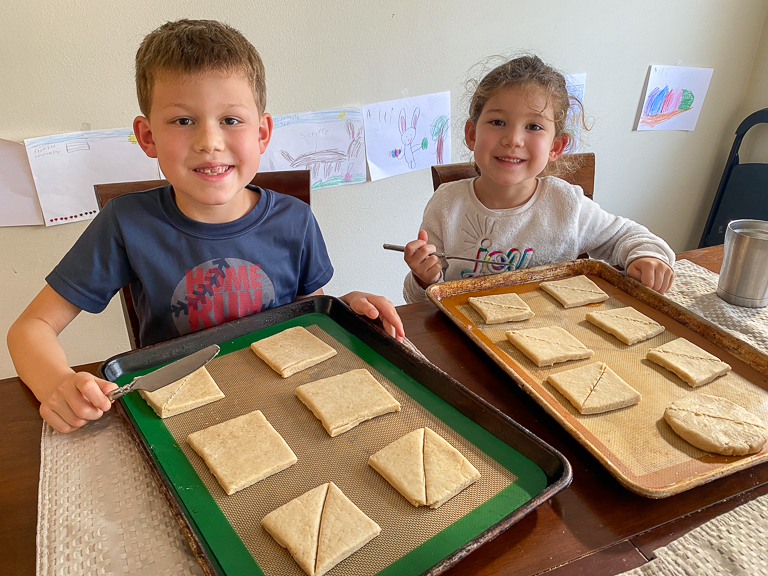 After 12 minutes in the oven these Lembas Breads are looking beautiful! 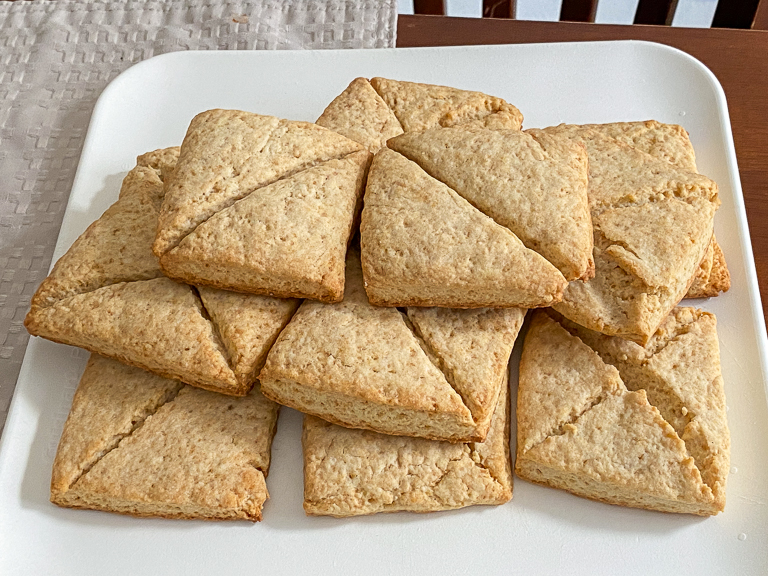 Hey Ian, in the video they had a wrapping for them. Can you make me something?
Off he went to his creation bins and then came back with a leaf made of green construction paper. 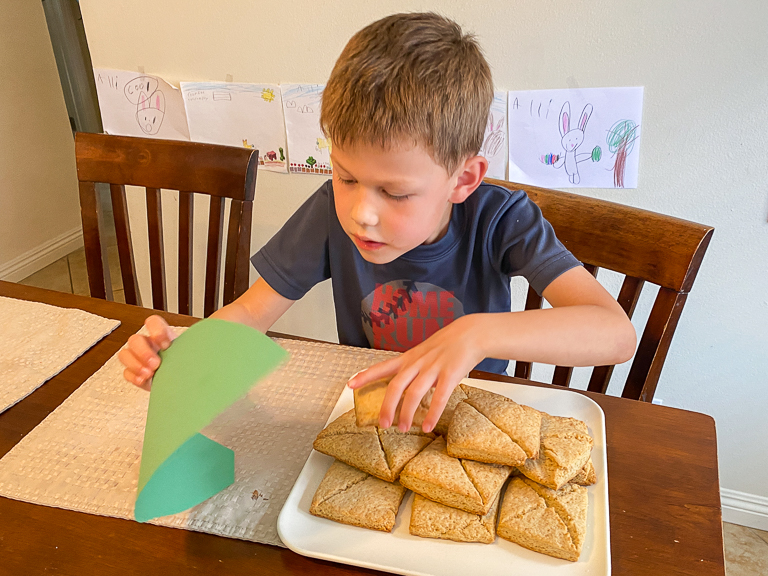 Wrap it all up. 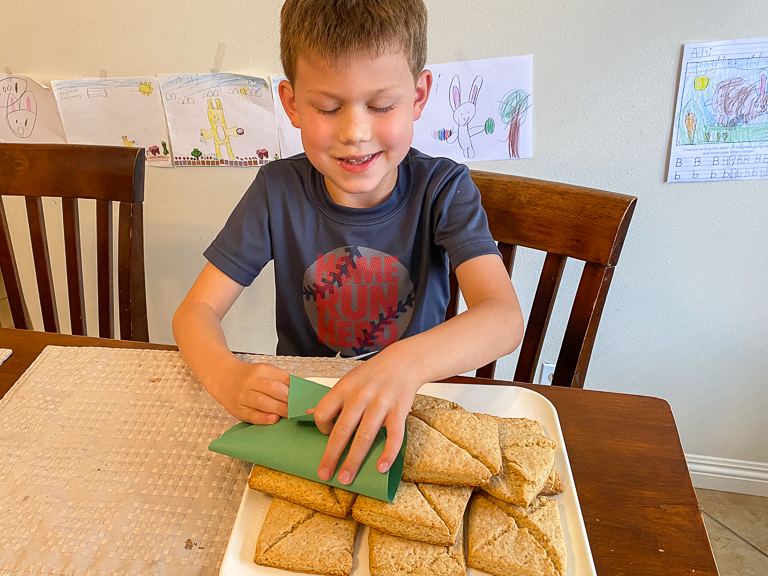 He even drew the veins of the leaf with a crayon. 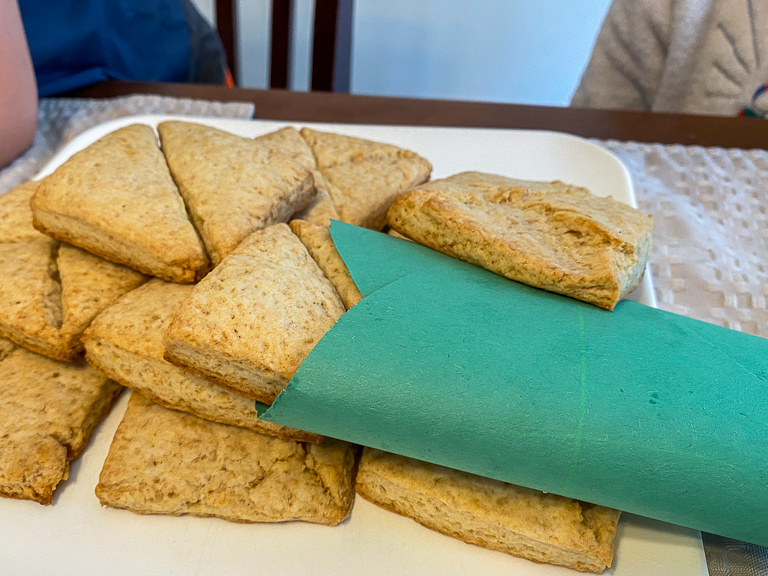 Lembas Bread!
Let's give it a taste! 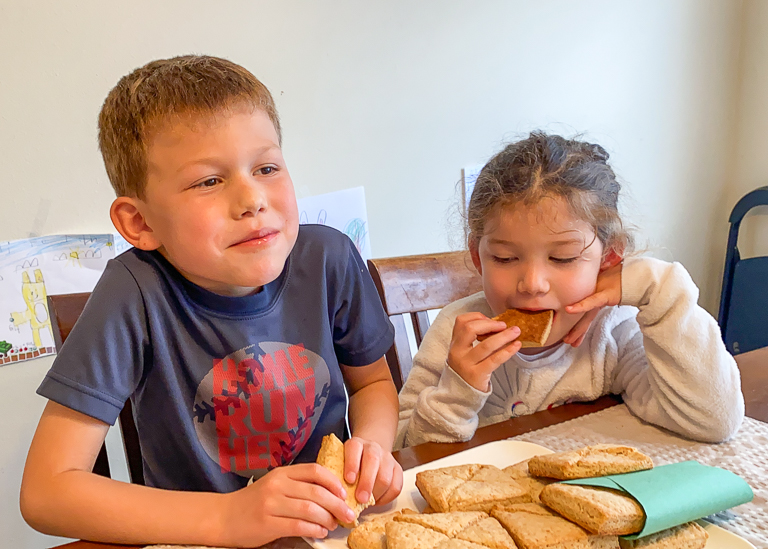 So what does lembas bread taste like? Surprisingly delicious! More like a scone using this recipe than a bread. It's relatively sweet, flaky, and it's got a tasty flavor. 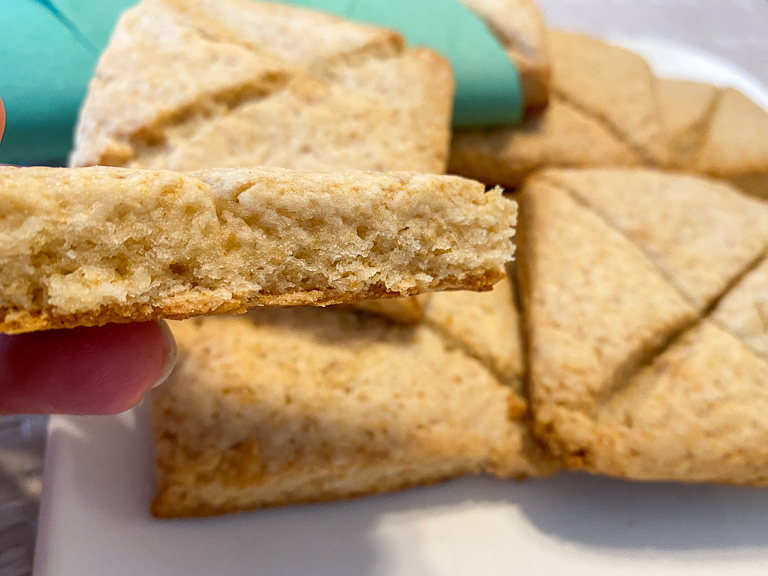 Kids! Another amazing job in the kitchen! I loved your homemade lembas bread!
Theresa - Your lembas is excellent. Don't make it again. 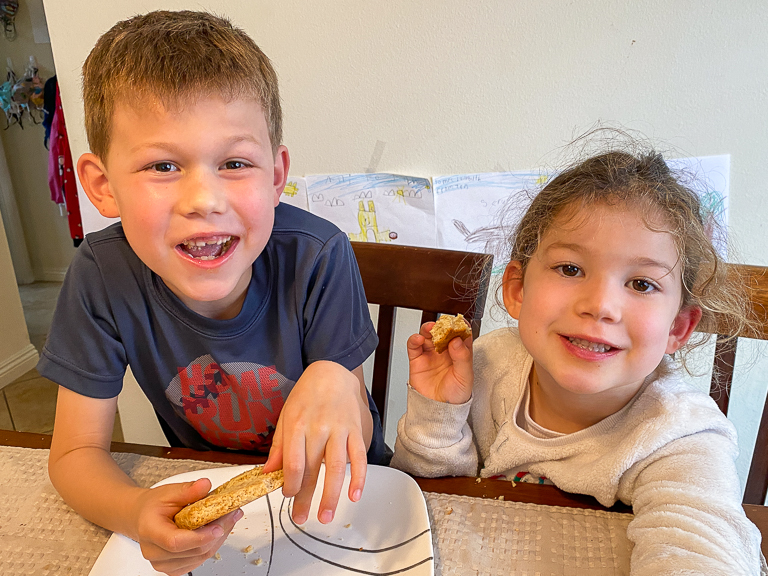 And after bathtime, their stories, songs, and brushed teeth, they both settled into their beds. We turned the lights out and continued our reading of The Hobbit, with Bilbo Baggins as he leaves the Shire with a band of dwarves on their quest to the Lonely Mountain.
And with that, we'll end today and our celebration of National Tolkien Reading Day! 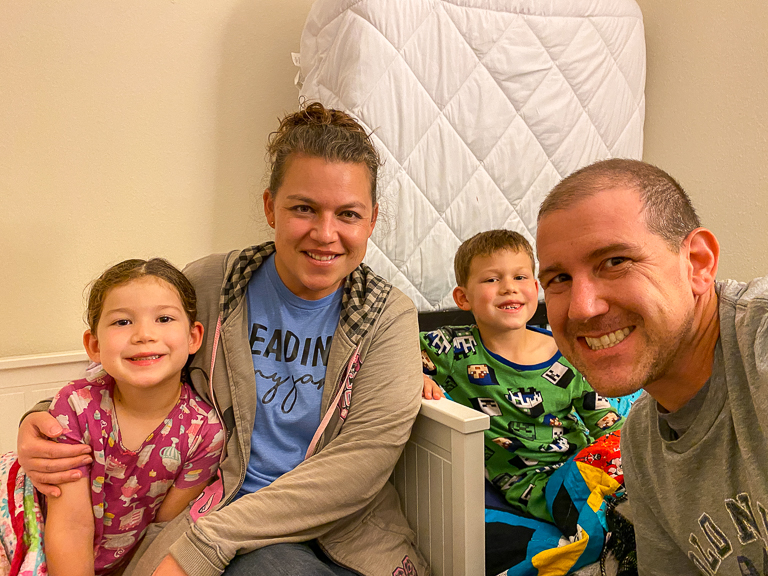