Yum! Today is National French Bread Day! With my new-found love of bread-making, I just had to make some homemade French Bread to celebrate today! 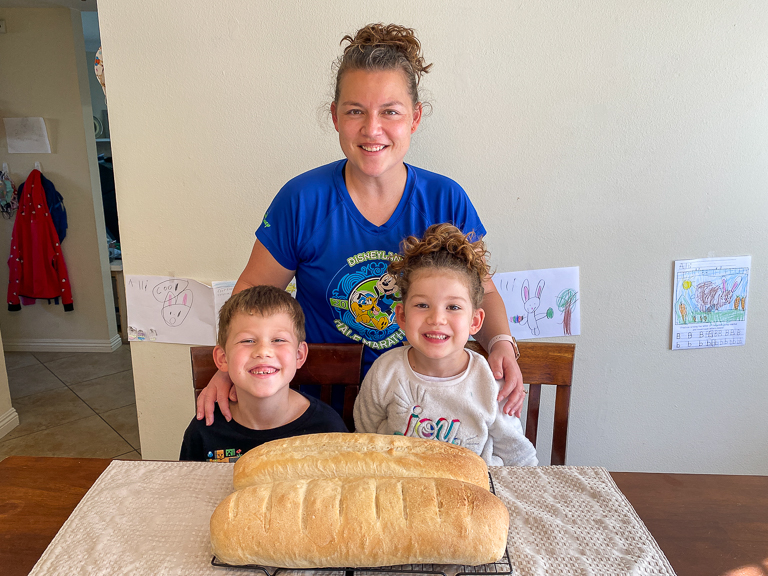 I've made bagettes before using a different recipe, so this time I'm using a French Bread recipe. This one is from MelsKitchenCafe.com for Easy Homemade French Bread. I did make one adaptation where I used a poolish from the day before for some extra flavor. 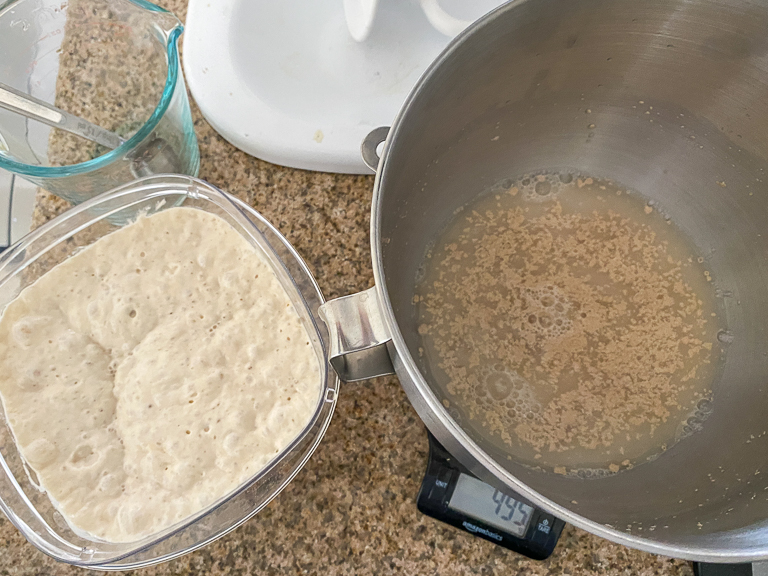 After letting the dough double in size, I plopped it onto a floured counter-top to roll it out. 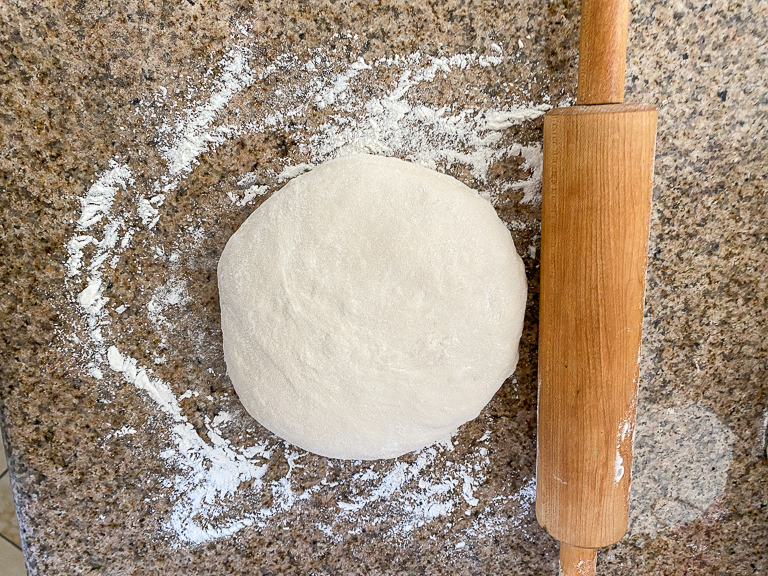 I rolled the dough out into a long, flat rectangle. Afterwards I rolled it all up across the long side to make a log of bread dough. 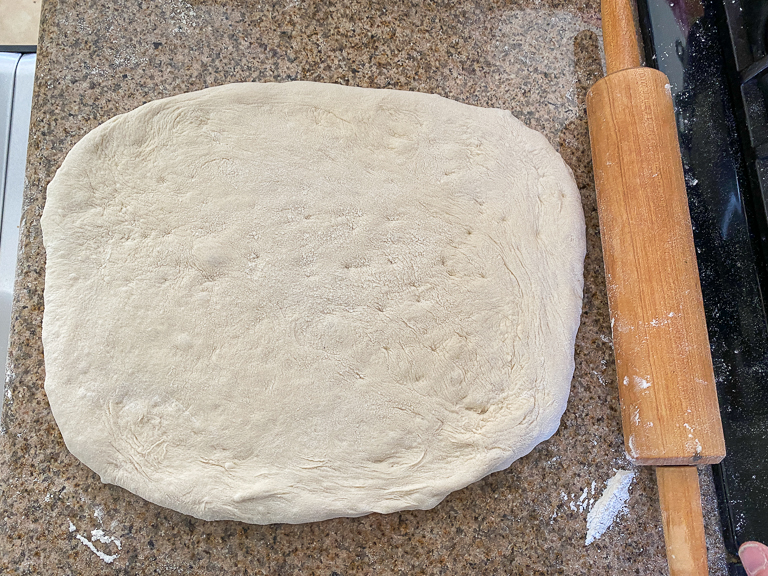 After 45 minutes the bread log has doubled in size and is ready for the oven. 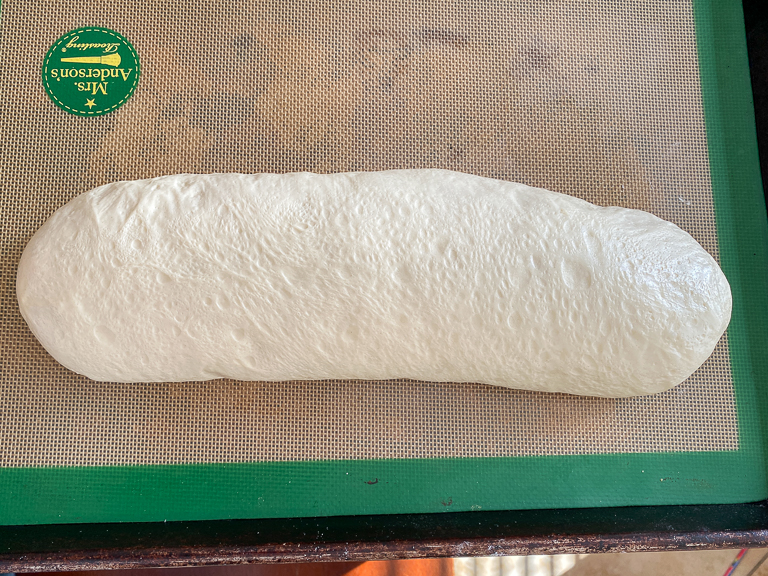 But first I dragged a razor blade across the top of it. 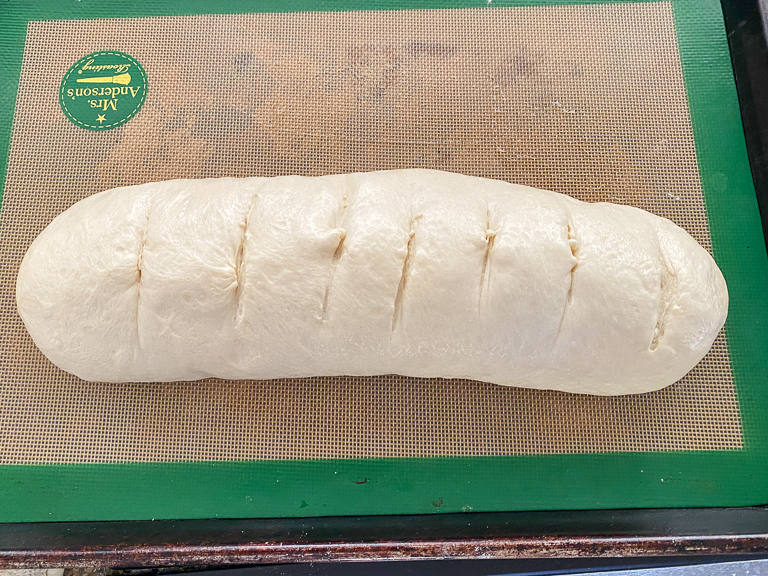 After 30 minutes in the oven, this was as done as I wanted it. I'm not looking for a super crunch crust on this loaf. Just a skin almost to hold in all that fluffy bread inside. This was the smaller of the three loaves and perfect for sharing! I wrapped it up and dropped it off with a neighbor within 5 minutes of it coming out of the oven! 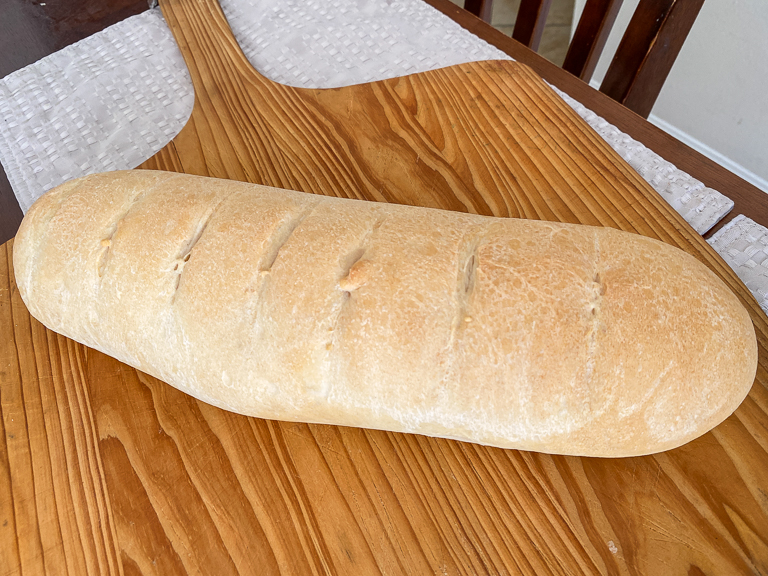 For the six of us, we've got these 2 giant loaves of French Bread! These rose a lot quicker than I was expecting and so I thought they might be too airy. I was hoping there wouldn't be any big air pockets. 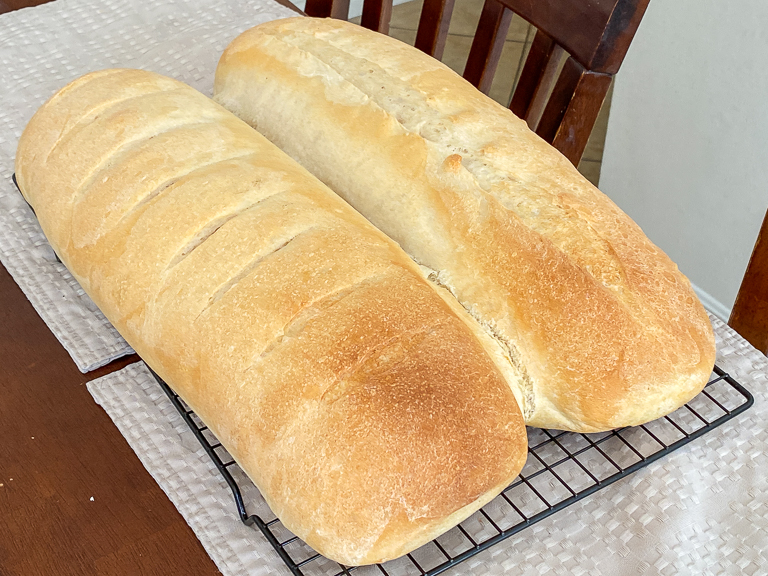 Theresa is pointing to the loaf that she's deemed to be hers. The rest of you can have the other one. 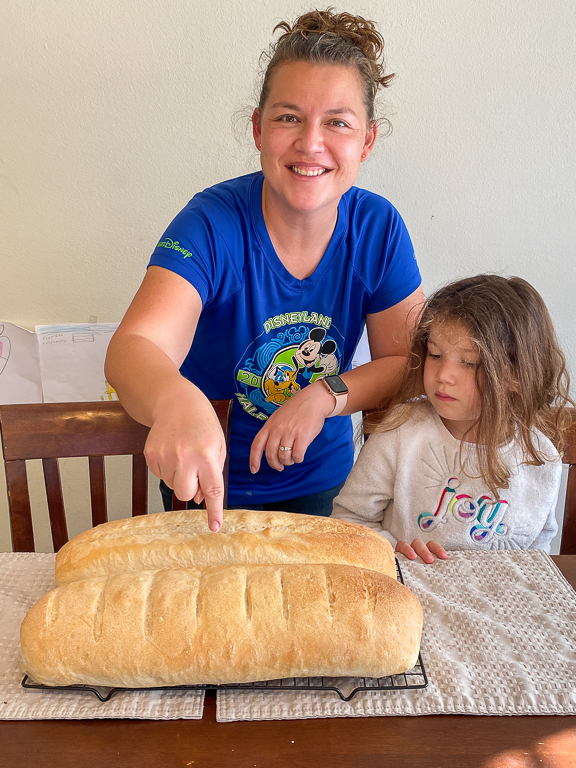 That's not too bad at all! The bread was super light and fluffy. The crust was there but still soft enough to bite through without too much crunching. Very reminiscent to the french breads we'd get at the grocery store. At those grocery stores, some of them promise hot French bread at 5pm every day or it's free! Theresa would touch the packaging and if it was warm, we knew we'd be bringing one home as a treat. 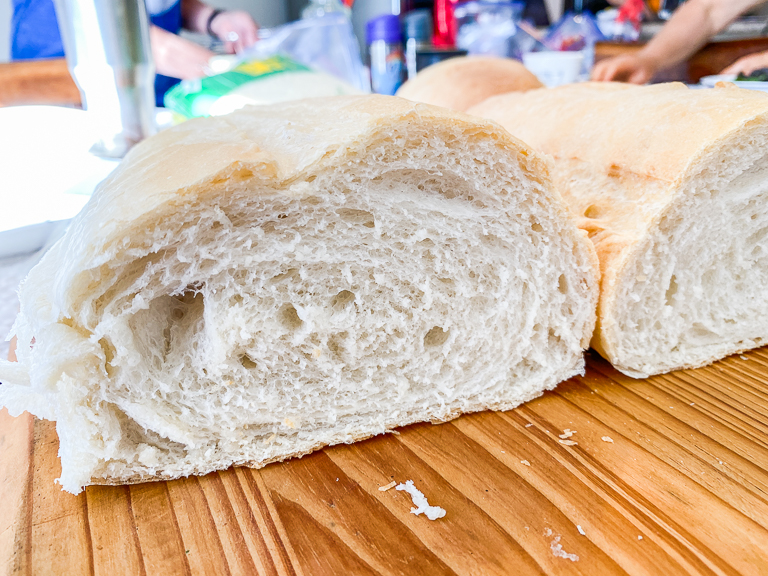 Slathered with salty butter this is going to be great! 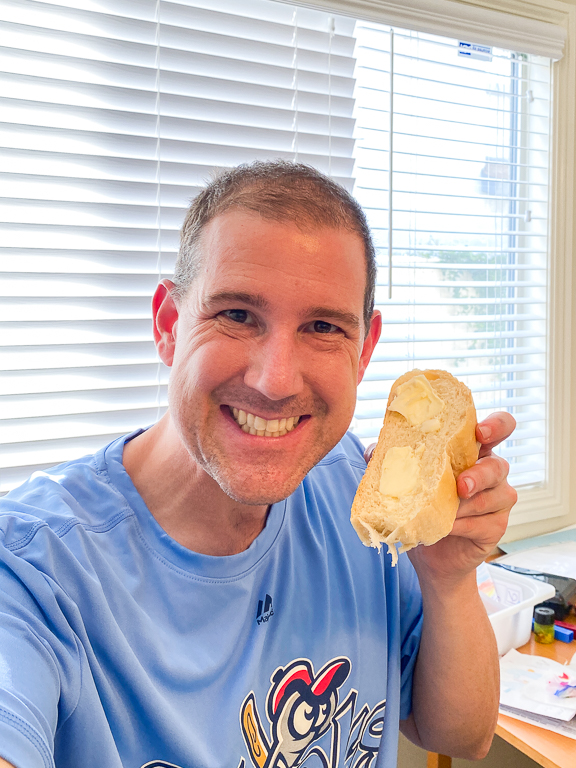 And what did we have with this delicious French Bread? Something new that Theresa found. Lasagna Soup from iheartnaptime.net. Coming together from scratch in only 45 minutes this was a great way to get that lasagna flavor without a lot of the effort. Definitely going to be a repeat. 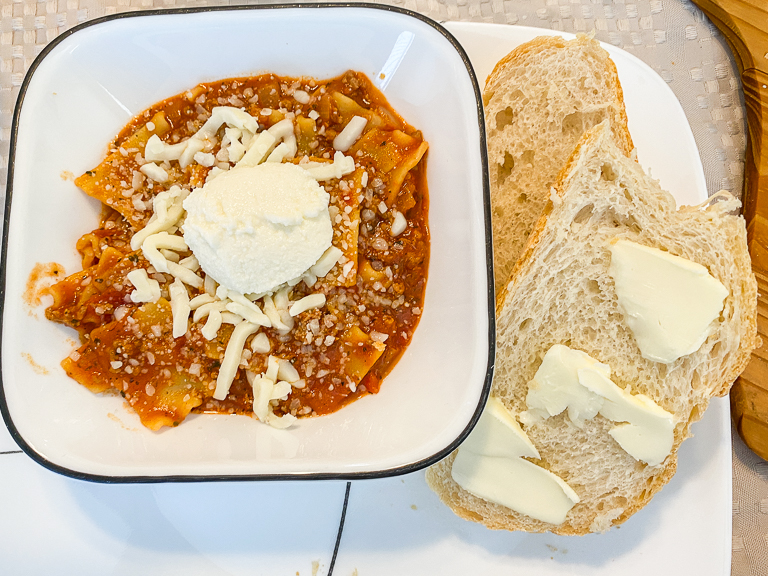 And how was the bread? Awesome! Chi says my bread-making skills are improving more and more. This bread, with its light crust even beats out that rustic loaf that I made a few weeks ago. 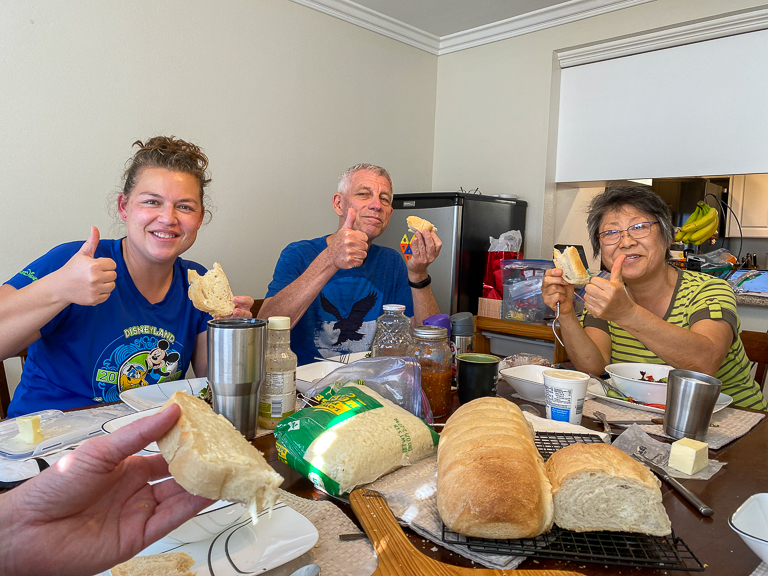 The kids liked this one better than the rustic bread too. Ian had three slices and Alli had two! 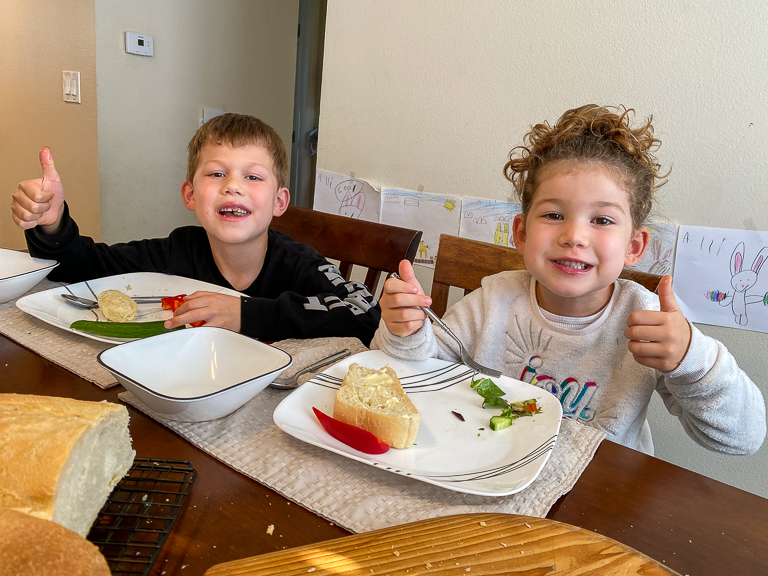