Who is your favorite Disney Villain? For me, Hades Rules! So when I found that there's an official Hades cereal, oh yeah, we're going to be trying this! 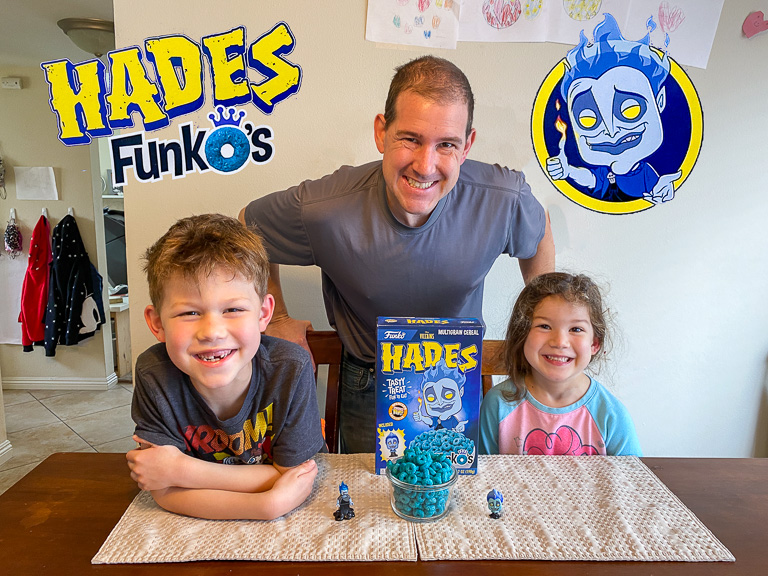 The cereal itself is appropriately blue. Unnaturally so. Love it! Inside there's a Funko Pocket Pop figurine. Awesome! 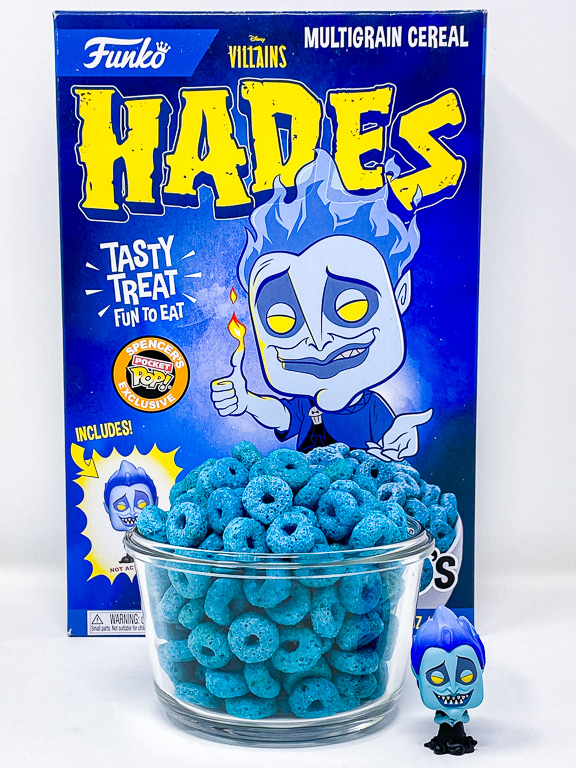 Inside the box there's a giant bag of blue cereal plus a separately wrapped Funko figure of Hades. 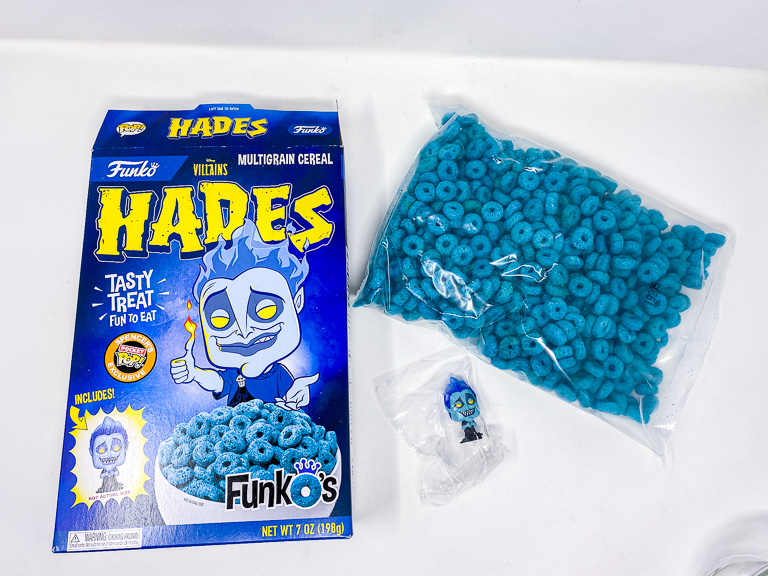 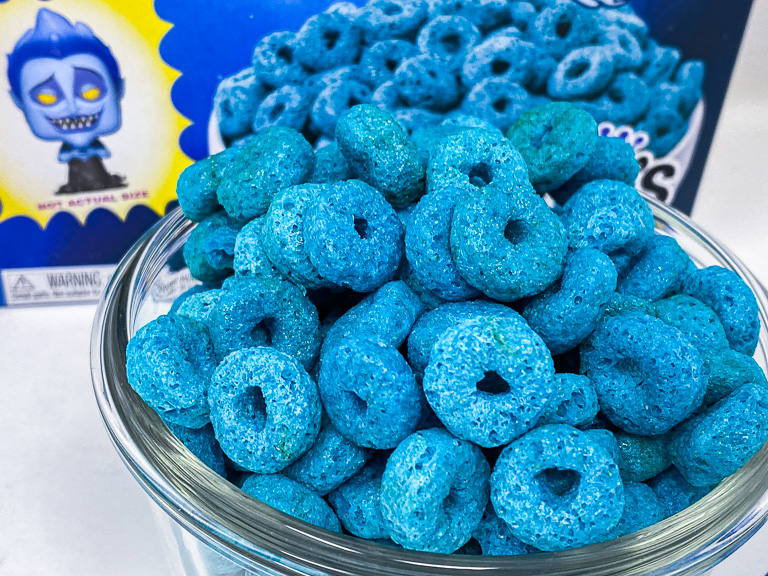 The Funko figure is just a little bit shorter than the Lego mini-fig of Hades that I keep on my work desk. He reminds me to set big goals, but don't always rely on others to do the work for you (looking at you Pain and Panic). The Funko is pretty detailed given the size. Even the skull broach on his toga is painted. 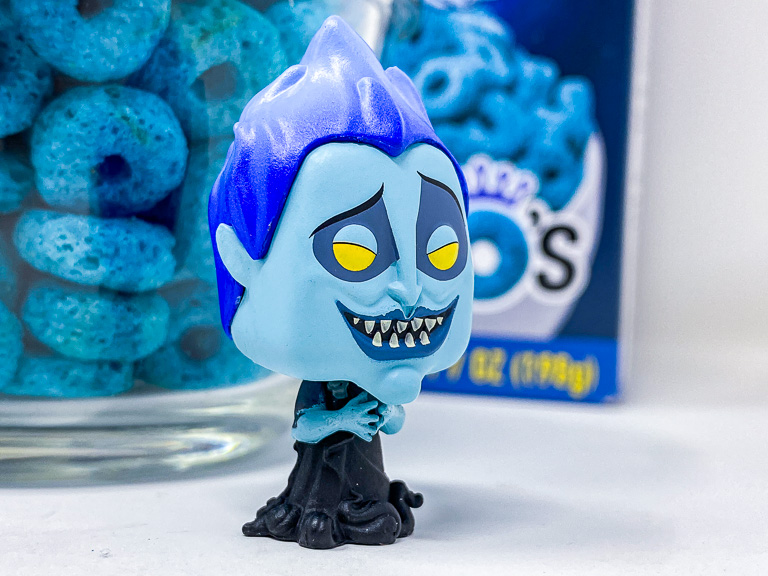 Let's eat! Ian and Alli giving it a try. 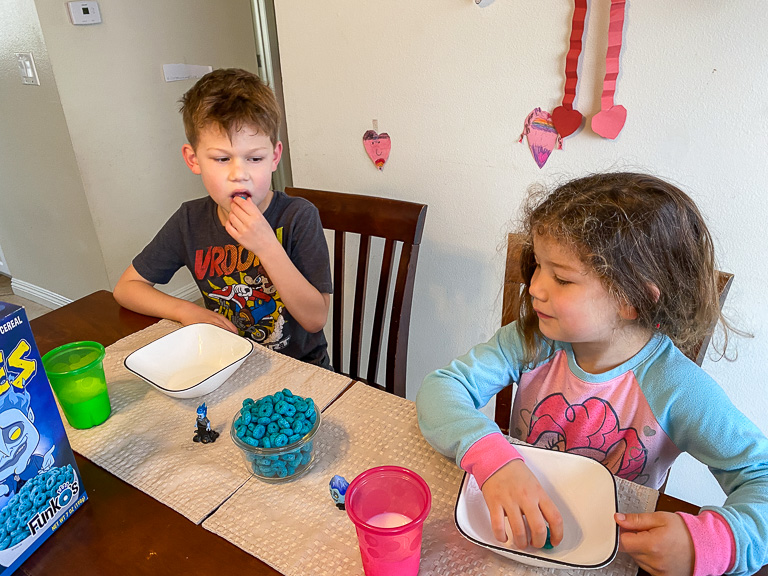 Ian doesn't have a filter. Clearly he doesn't enjoy this one. 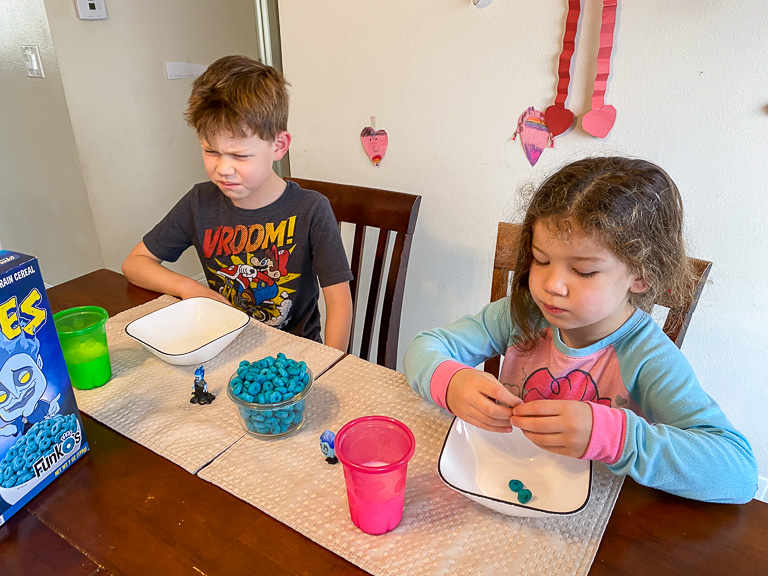 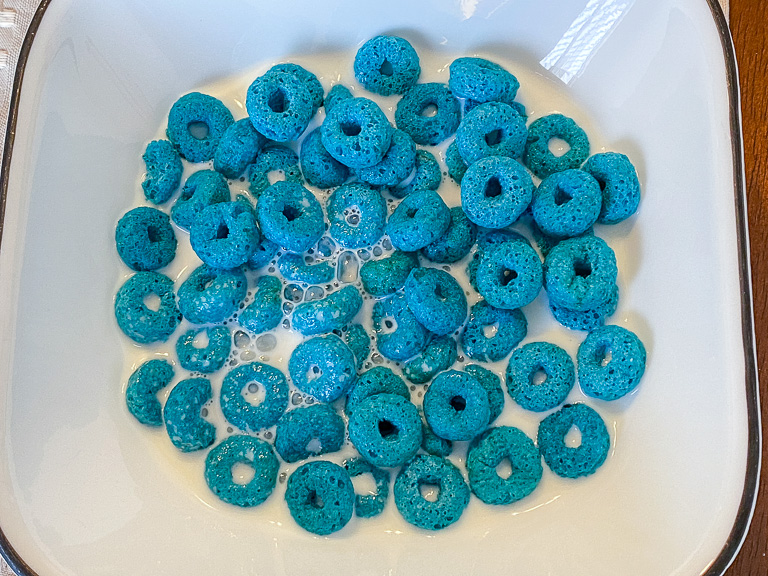 They taste like not much. If I really think about it, I can maybe taste a berry flavor, but it's by no means a dominant flavor. It's not a great cereal. I think it's the prize inside that people really like. 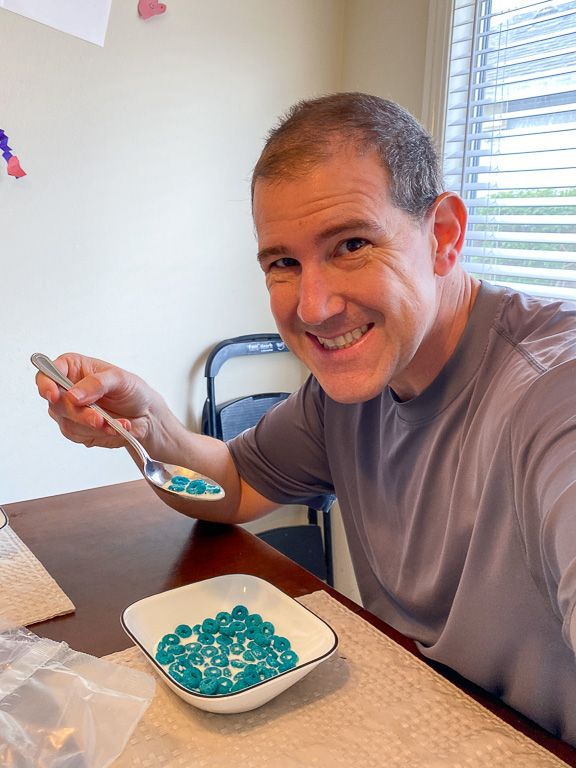 The cereal milk turns greenish blue if you leave the cereal in there long enough. 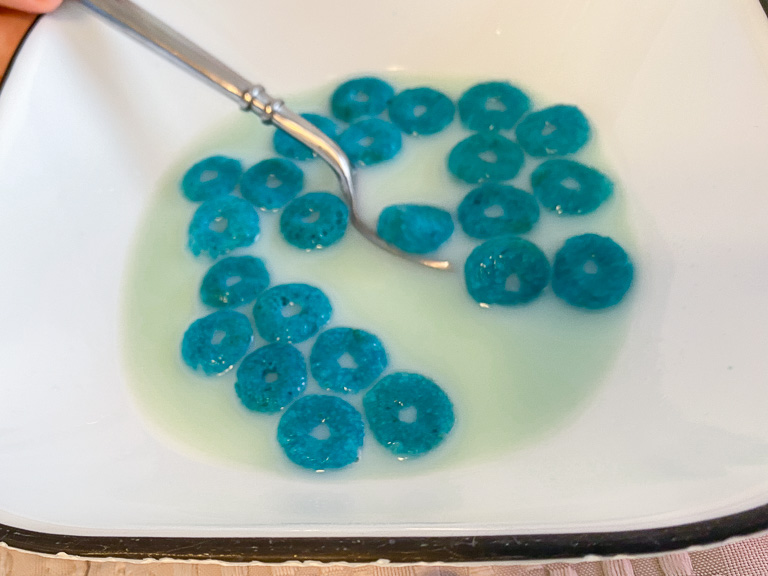 The folks at Funko have remembered that we like stuff to do on the back of the cereal boxes. The kids tried to figure out the maze. 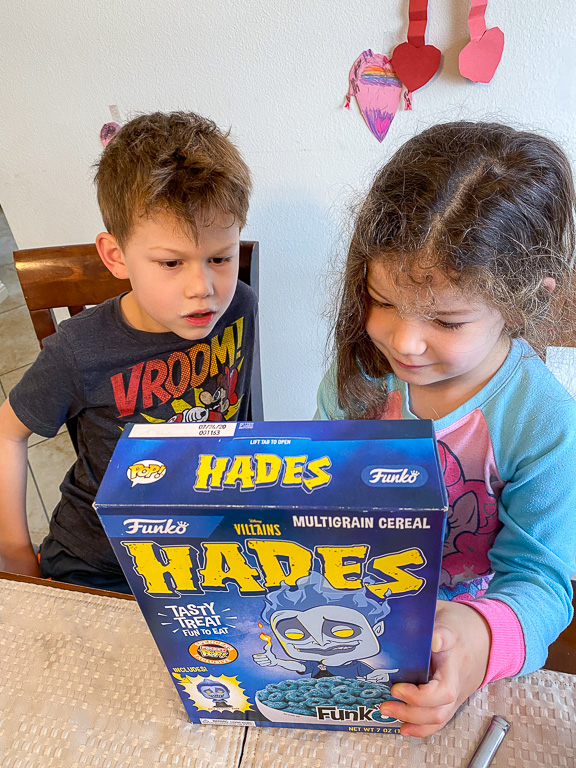 It's a little complicated to get through.
Interesting that there's a Disney Check on the back. This means this is a healthier option that meets Disney Nutrition Guidelines.

Hades is checking out the cereal and taking a drink of the milk.
I wouldn't give it two thumbs up, but it was fun never-the-less. 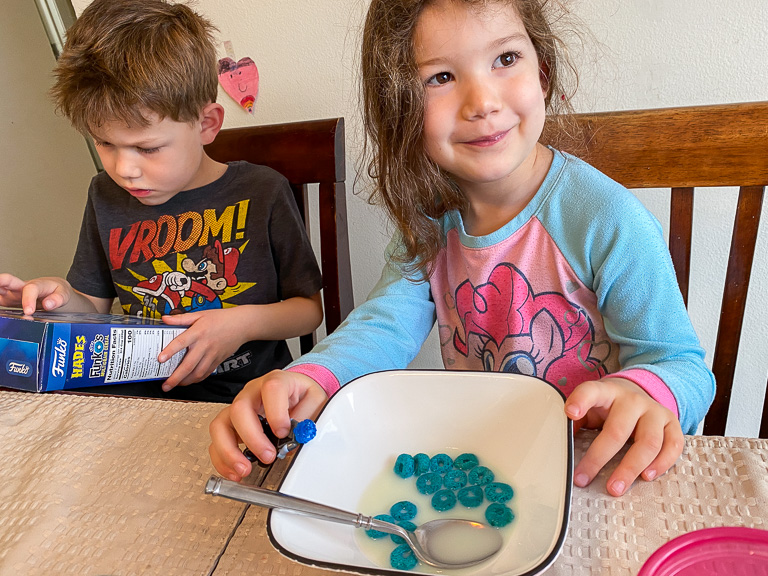