The kids have a fun taste test today. It's one of those random candies in a fun packaging. Today we're trying Soda Can Fizzy Candies. 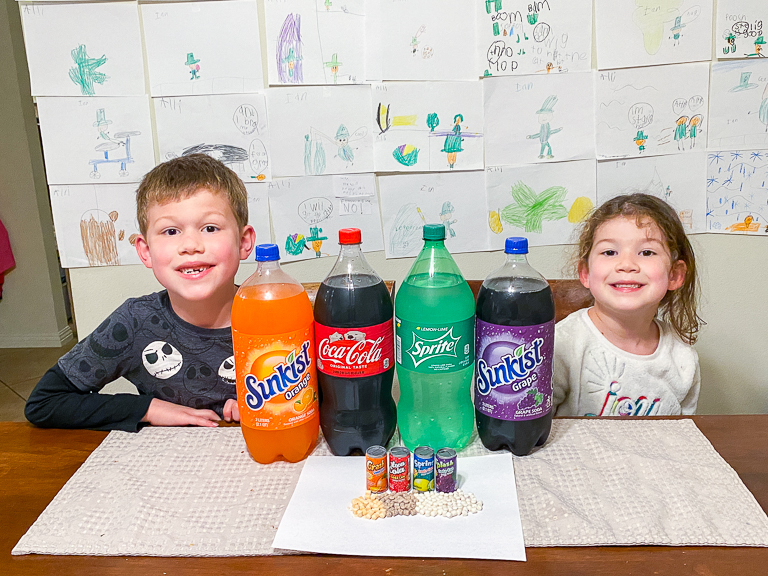 And each of these Fizzy Candies is meant to represent a real soda, so we're going to have that along with it! That's what makes the kids really excited! 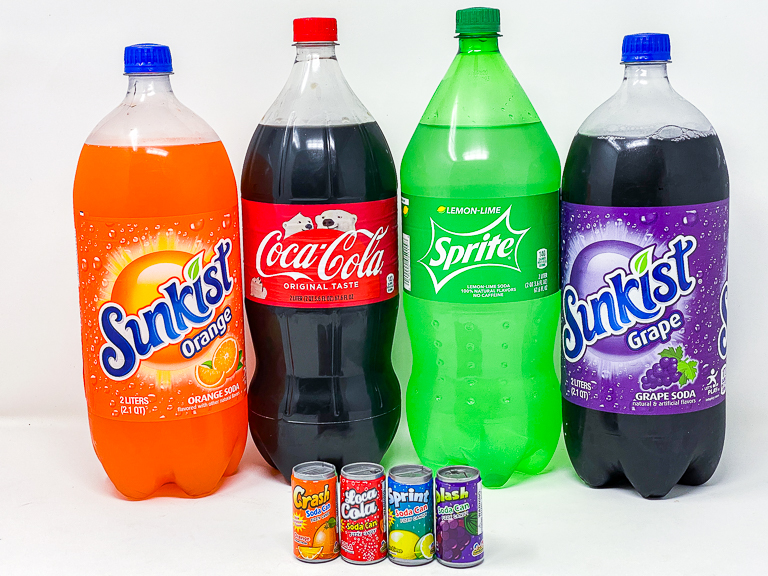 Here's the packaging it comes in. 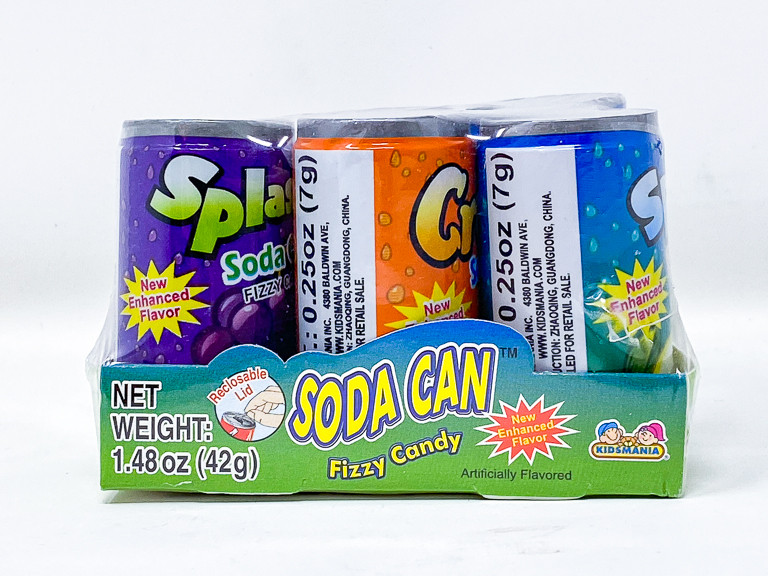 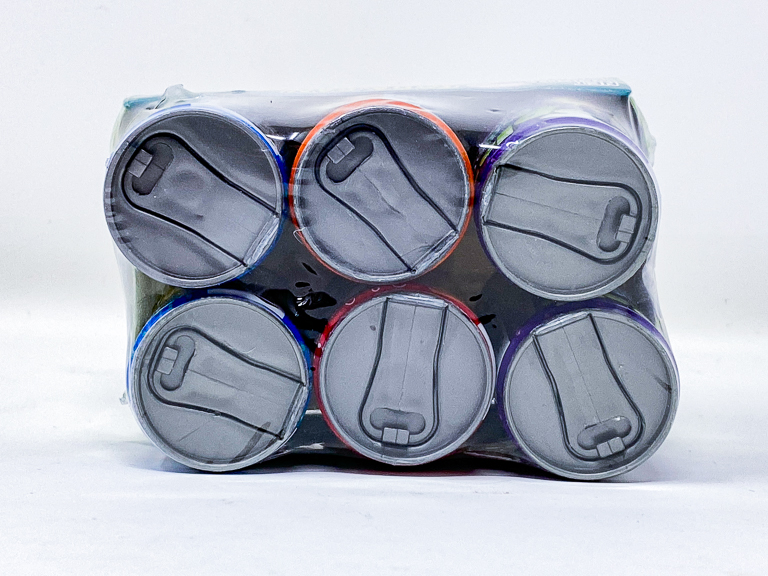 Let me tell you just how fun it was to try to get all the candies out of the tiny hole in the top. It's barely big enough for one of these pellets to slide out, so if one tries to go through sideways, it gets stuck. All the colors look appropriate to the flavor except the grape. It must be representing a green grape instead of purple grapes. 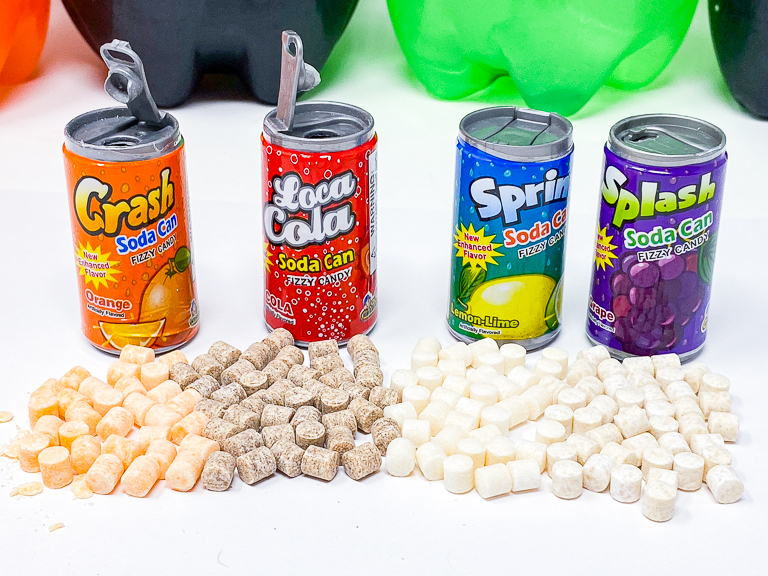 These weren't filled to the top for some reason. Only 2/3rds apparently. 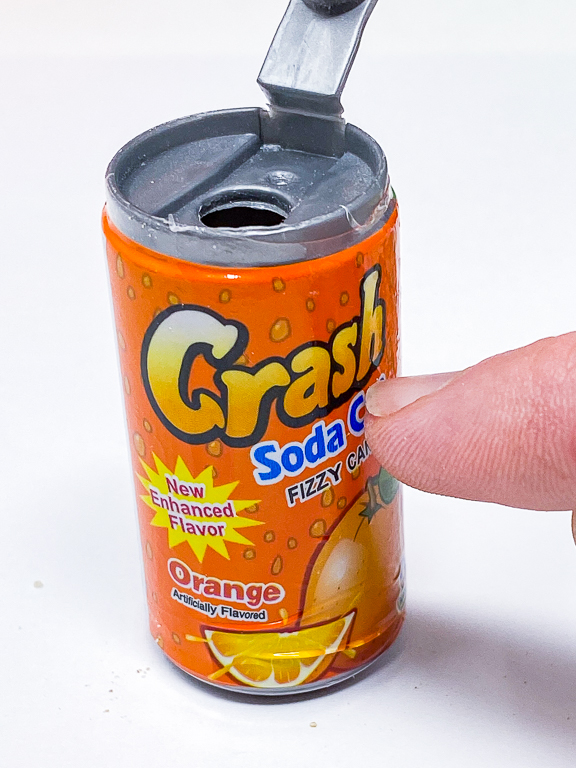 And even less than that because the bottom of the can isn't flat, but instead it's an inverted sphere. Each of cans I counted had around 38 pellets inside. 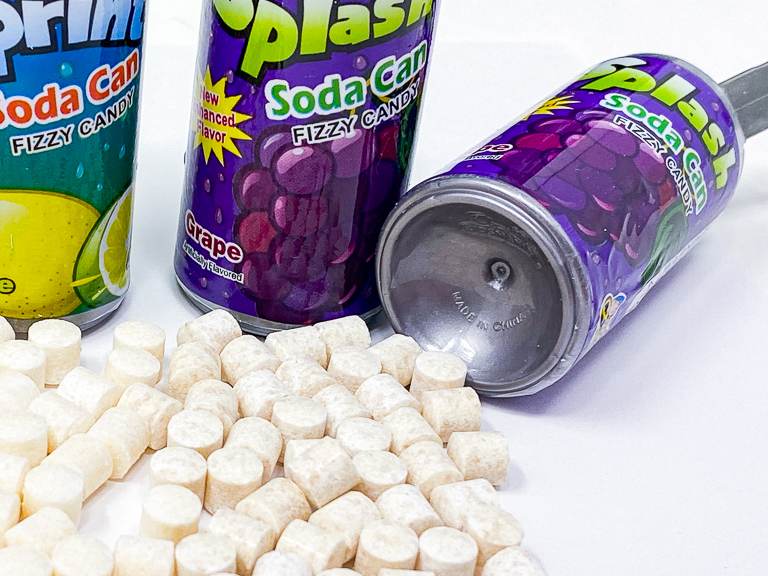 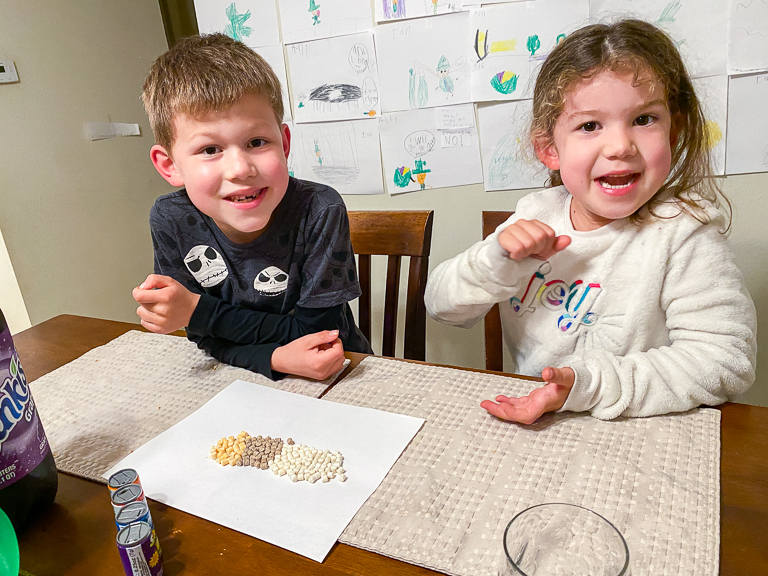 We started with the sodas. The kids liked the orange soda okay. The candies themselves are interesting too. Instead of just being the same flavor as the soda, there's also a couple other ingredients that make it interesting.
After the first ingredient (sugar), the next two ingredients are citric acid and sodium bicarbonate. When those two mix together they react chemically and produce fizzy bubbles! This candy fizzes in your mouth!
You can either let it sit on your tongue and dissolve slowly, making little bubbles. Or you can crunch the candy and mix everything together quickly. That's the method we preferred. 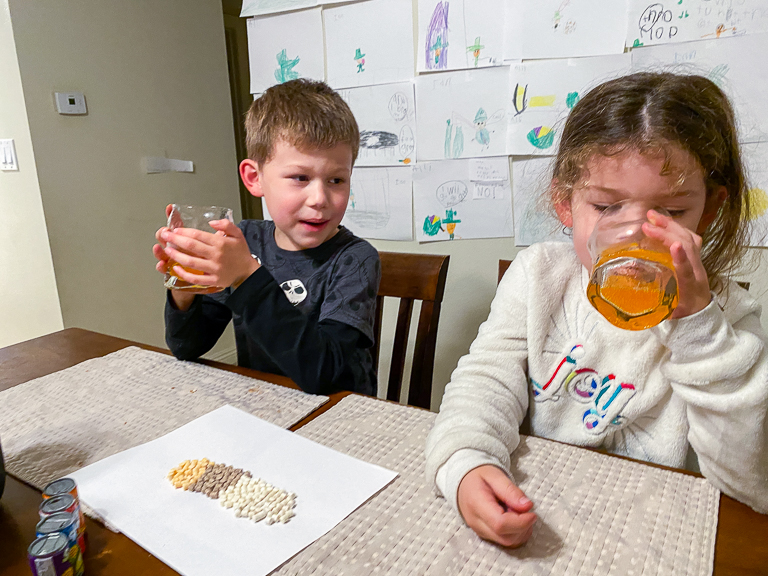 Next up is Coca Cola and Loca Cola candies. Ian loves cola flavored candies and he loved this one. I definitely taste the cola flavor. The bubbling candy to go along with it is great. 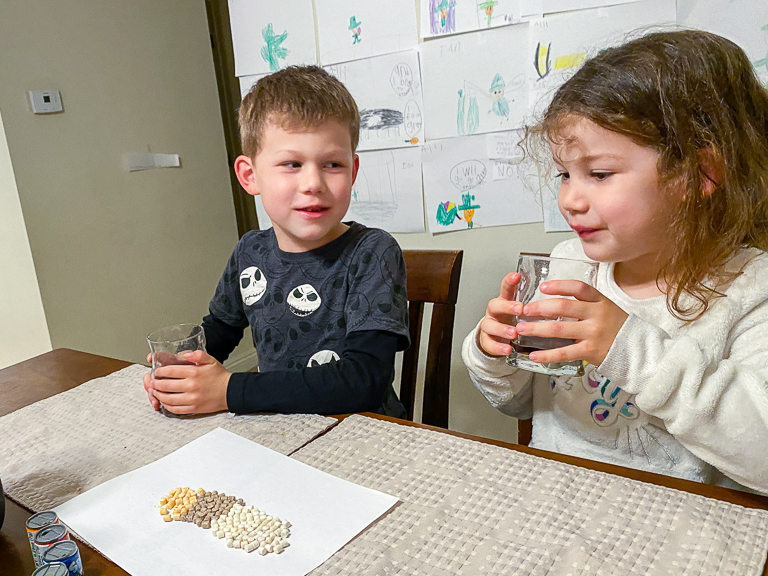 Mommy came over and wasn't a fan of the fizzy candy. 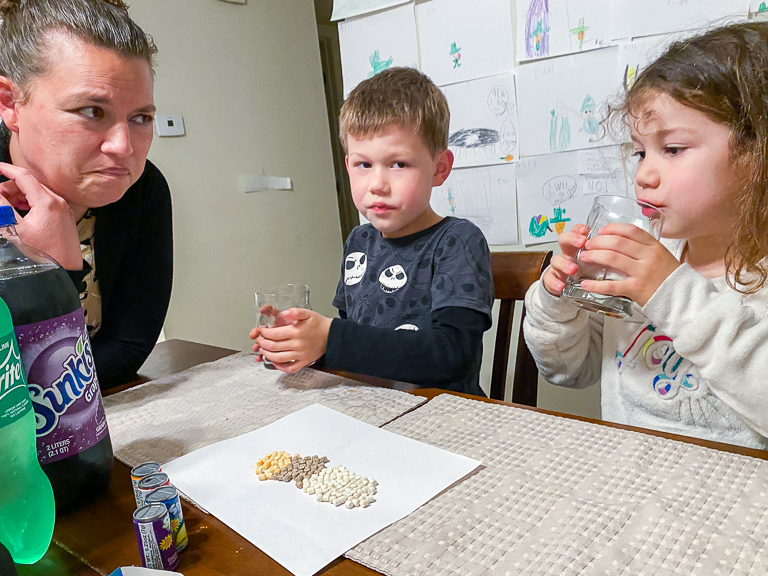 Trying the Sprite, it's certainly the most carbonated of all the sodas. With all the carbonation, there was a bit of belching going on, generating a few laughs. The kids didn't really like Sprite, saying that it was too carbonated for them. Alli thought it tasted too sour.
I think they did a great job on the candies making them taste like lemon-lime. And the fizziness just enhances it even more. 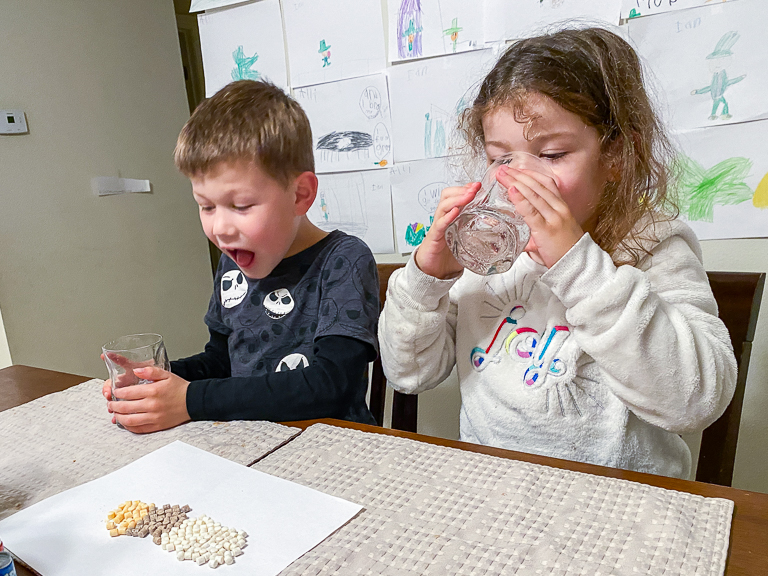 For our very last drink we're trying the Grape flavor. Ian hated it, saying it tasted like medicine. And that's why Alli loved it. She likes the taste of medicine and thought it was wonderful.
The candy didn't have a medicine flavor though. It wasn't quite that artificial grape that I know and love. 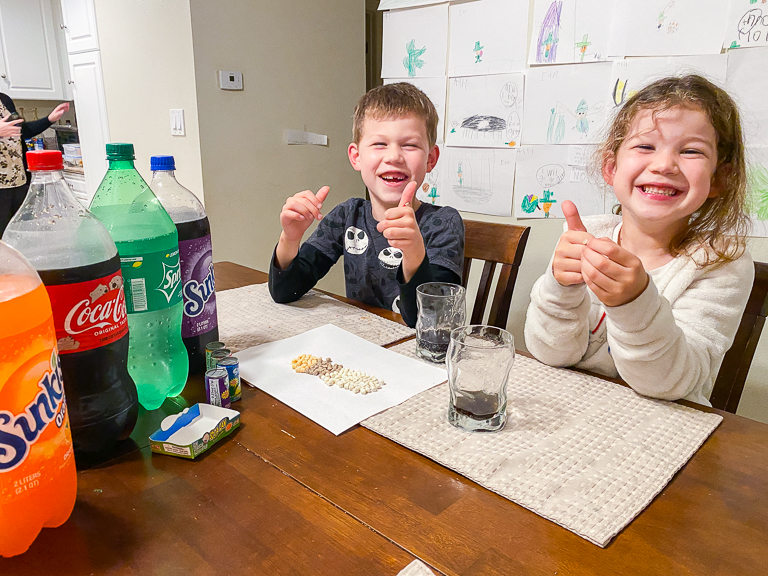