Kids Make Disneyland at Home - Round 3

It was exciting when we heard the news that Disneyland might be re-opening again soon! But we don't need to go to Disneyland. We've got Disneyland right here at home! The kids have spent the afternoon recreating all sorts of different aspects of the park. This is Part 3, because they've previously recreated Disneyland at Home back in July 2020 and also earlier this year in February.

I recorded video throughout the whole thing, which I've posted at the very end. Let's take a look at their creativity!

"Welcome to Walt Disneyland!"
"Her is Dissney! Supriyss!" (Here is Disney! Surprise!)
There was a sign with arrows pointing to the living room. 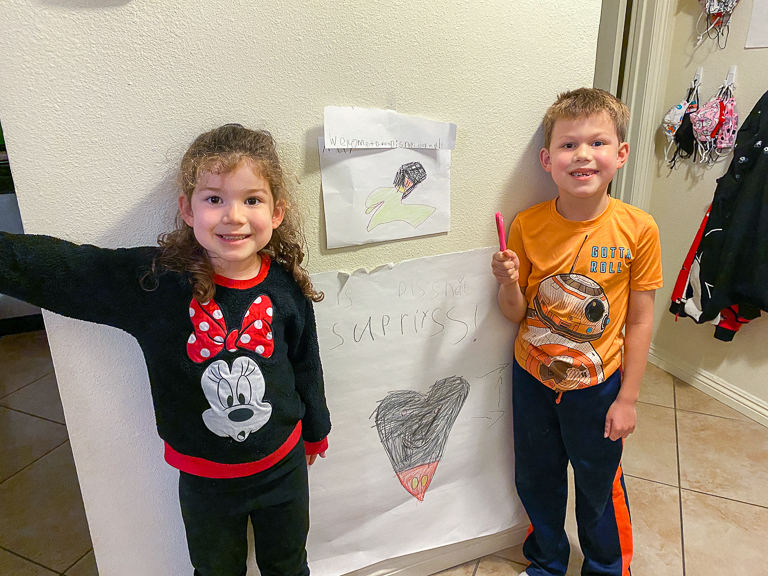 You can't get in without a ticket. Good thing I have an annual pass. It's got my name on it, plus my picture. Clearly that's me. Also as a special bonus, it doubles as a gift card, which has been loaded with quite a lot of money on it.
As we walked to the entrance, there was a rope blocking the way. Ian and Alli were both armed with scissors and cut the rope. "Welcome to Disneyland!" 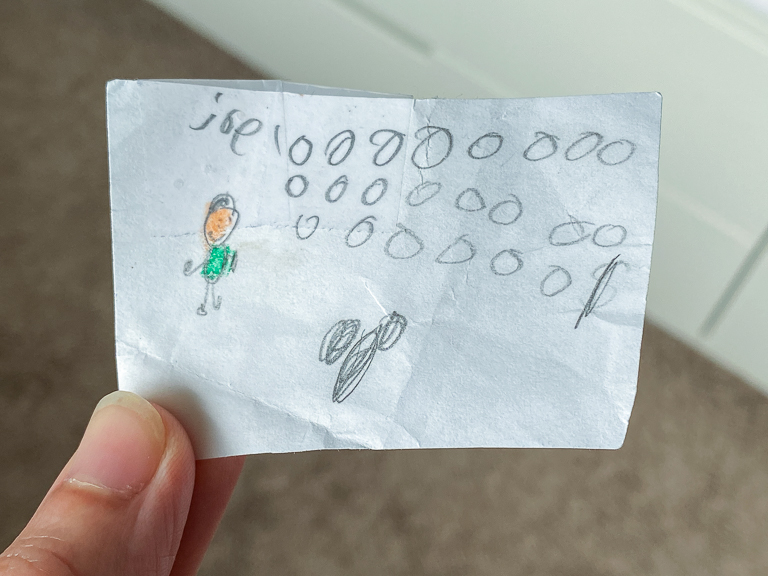 There's lots of great things to eventually see, but right away I see these treats.
Alli - It's Pooh Corner!
Wow, there's snacks and prices, plus change for if you're paying with cash. Theresa asked if they had any of the special Peppermint Tootsie Pops, so Alli ran to the candy bin to get more. Yum! 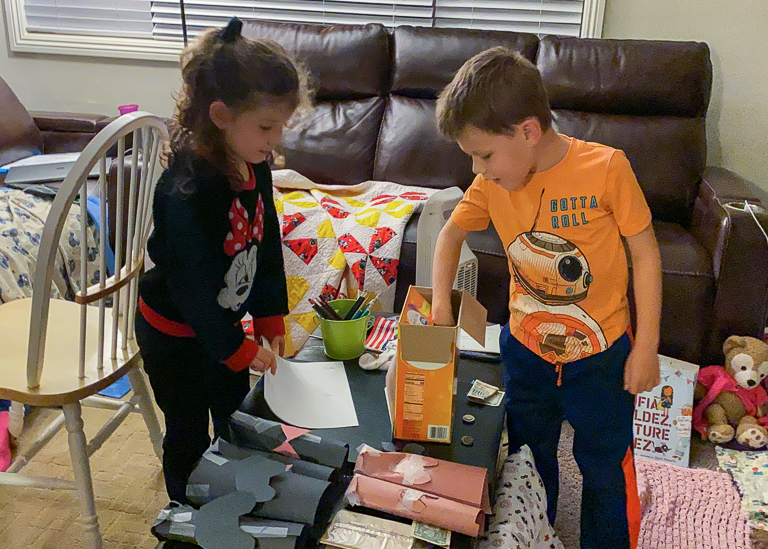 Each one is handmade. We've got a Duffy bucket, Minnie bucket, and a Mickey bucket. They're sure to become collector's items. 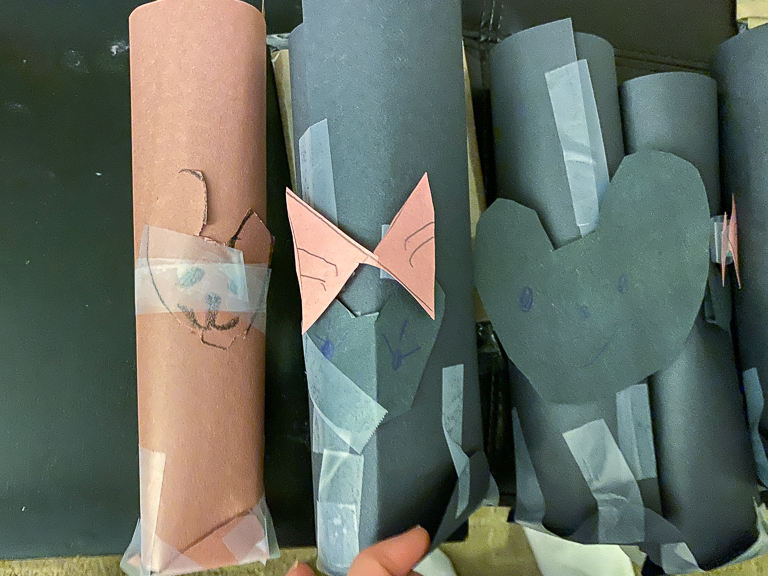 Any good castle has to have books. That seems to be a theme with all their castles they've created so far.
Ian - Do you want to go visit the Grand Californian?
So we're doing hotels now too? Absolutely, let's go see it! Ha, I like that they used the California Adventure blanket for their Grand Californian. And what's that extra bit in the top corner? 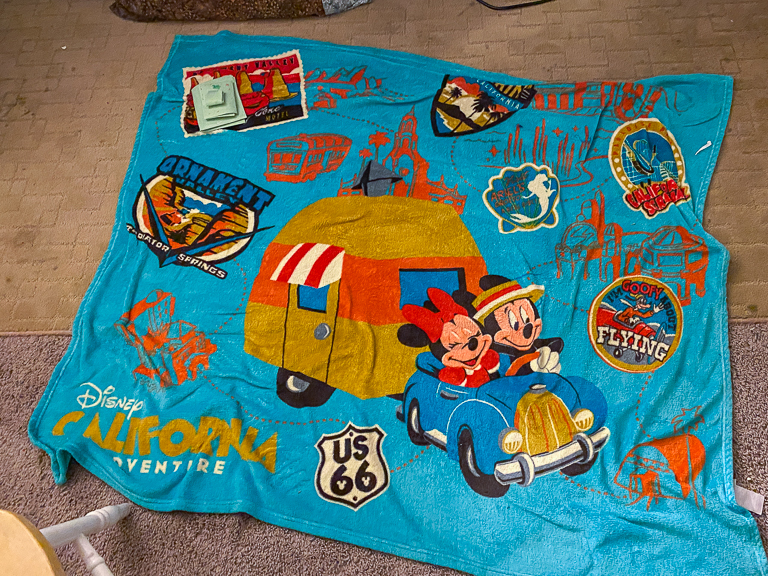 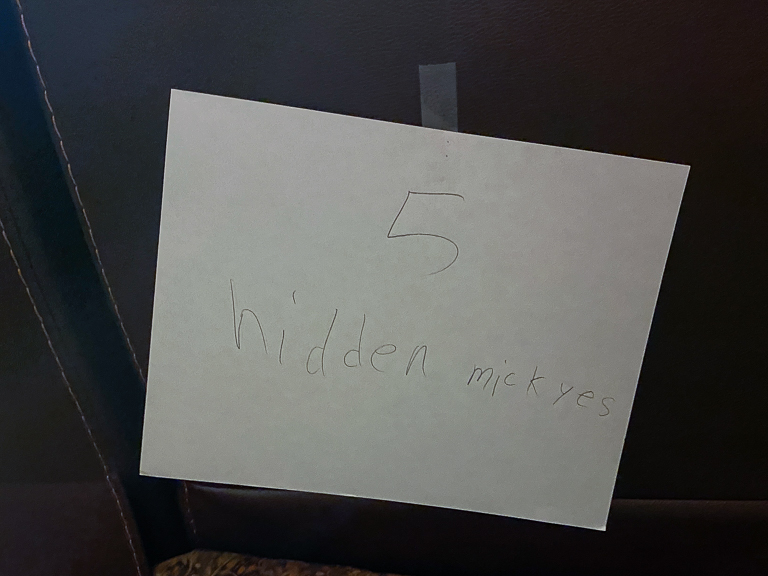 It's a cake! Just like the ones we see all the time in the Grand Californian Lobby! Like the Gingerbread House and the Oogie Boogie cake, Ian made his own cake, decorated it, and included hidden Mickey's. 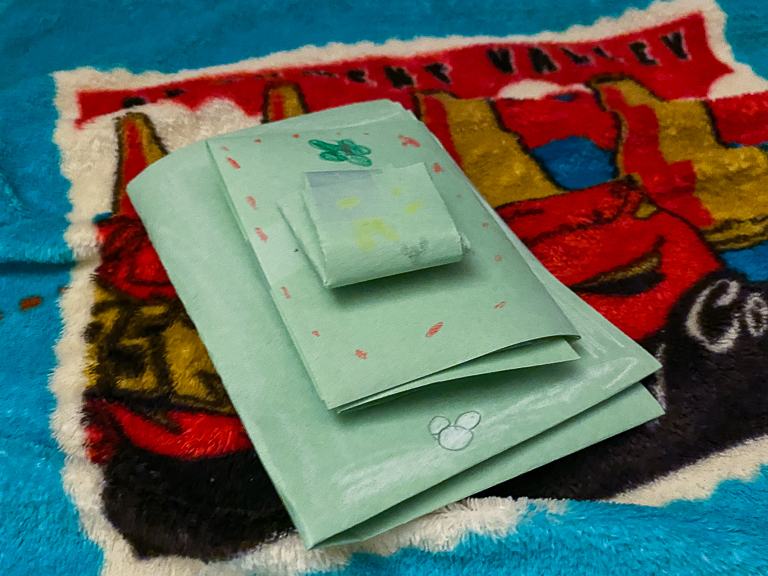 We found all five of them, including some that were a little tricky. 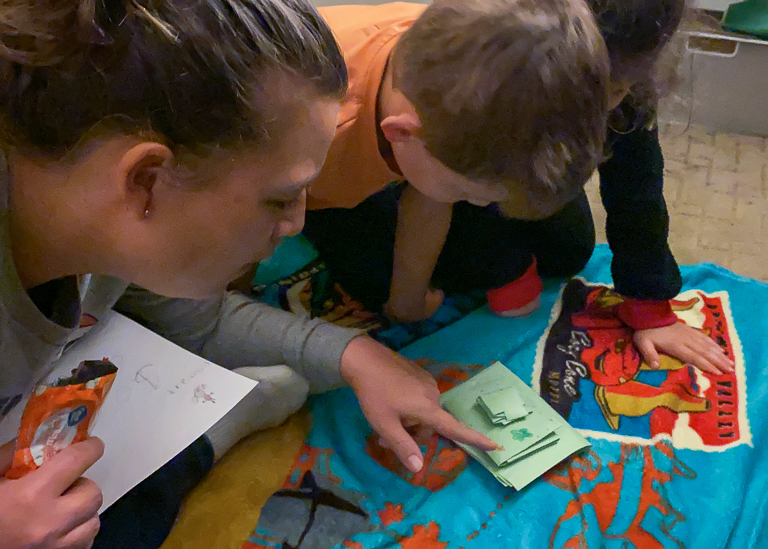 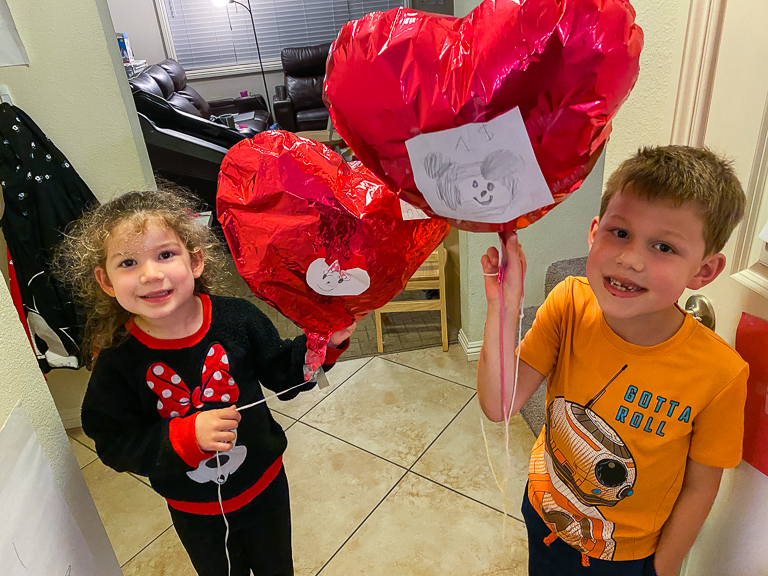 And you can't forget about rides. It wouldn't be Disneyland without rides. They called this one the "Rocky Road". Alli dialed back the intensity on her invisible control panel so it wouldn't be too crazy for Theresa. And Ian marched in front of her, holding his hands up and growling like a dinosaur. 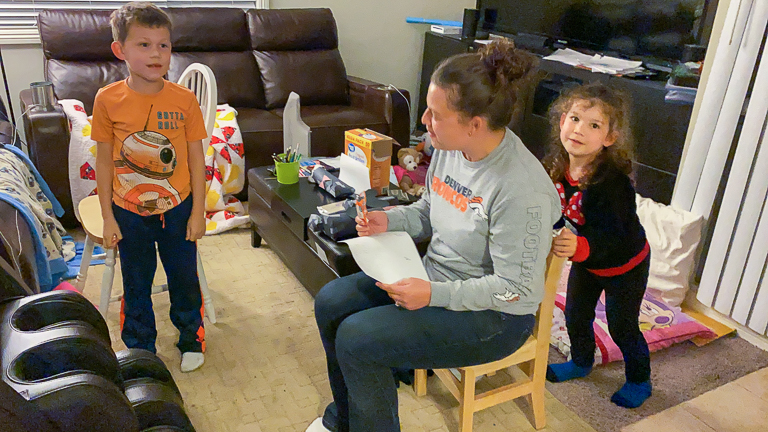 I got to ride on Indiana Jones. I sat on the couch, but in front of me was this other chair. Oh my, that's adorable. It's the Eyes of Mara! Don't look into the eyes!
Unfortunately I did, and subsequently had encounters with fire, lava, snakes, and a rolling boulder (courtesy of Ian rolling in a ball). 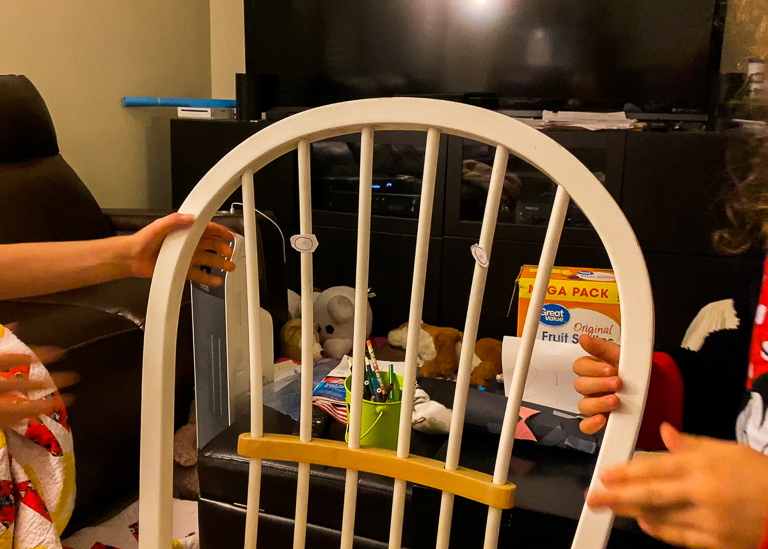 Next it's time to visit a second park and go see all the characters! There's another rope cutting ceremony to enter here! 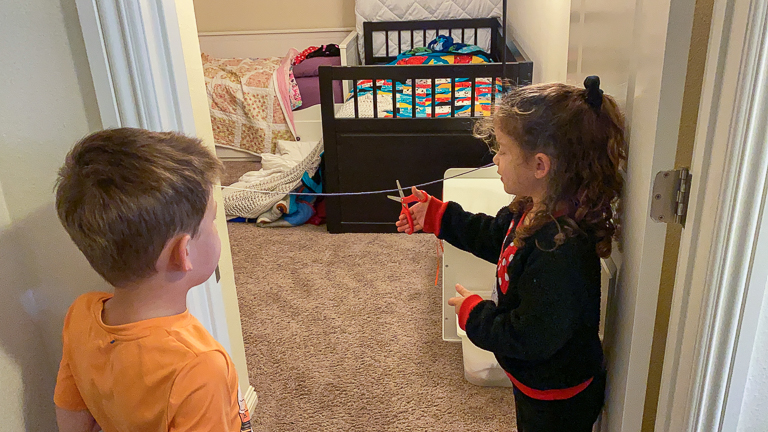 And wow, that's a lot of characters! 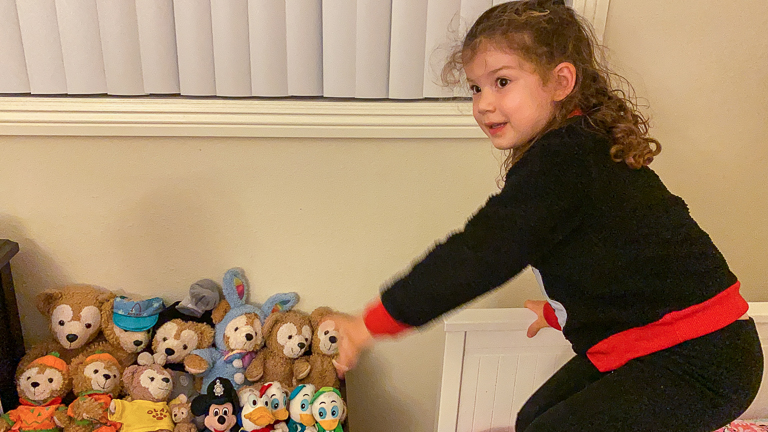 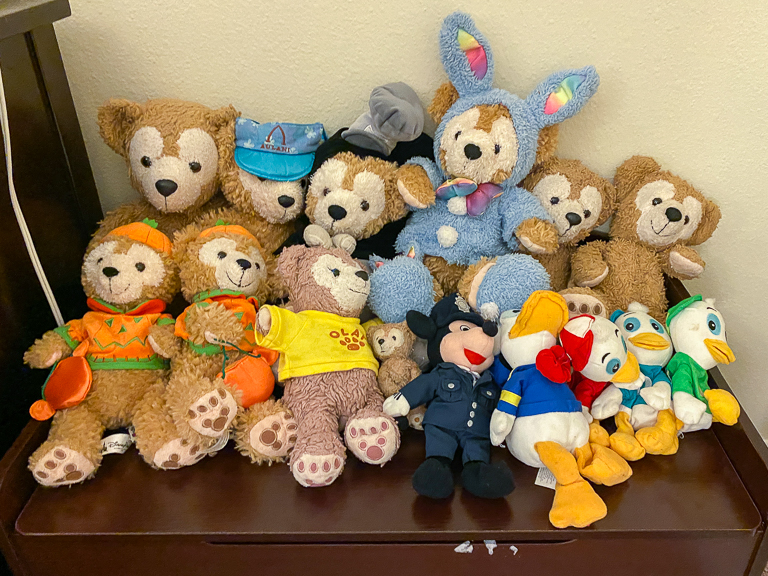 Mommy asked to get a picture with the Easter Bunny. Photopass photographer Ian was ready to take her picture. 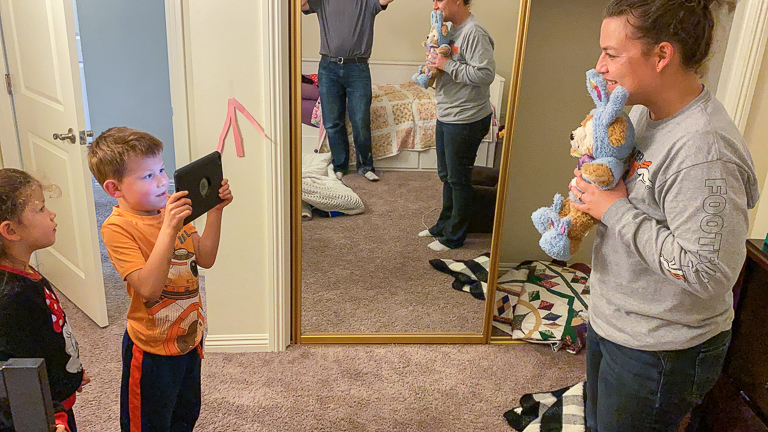 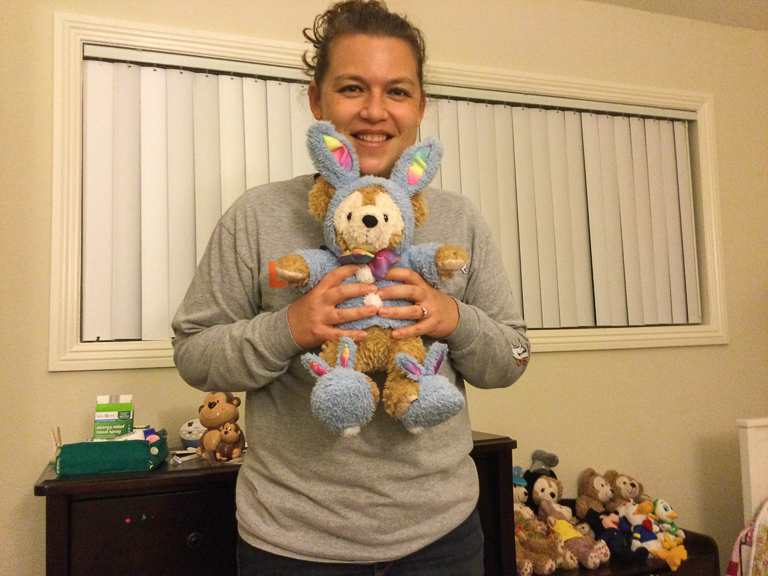 And since it's almost Easter, we all got our picture with Easter Duffy. 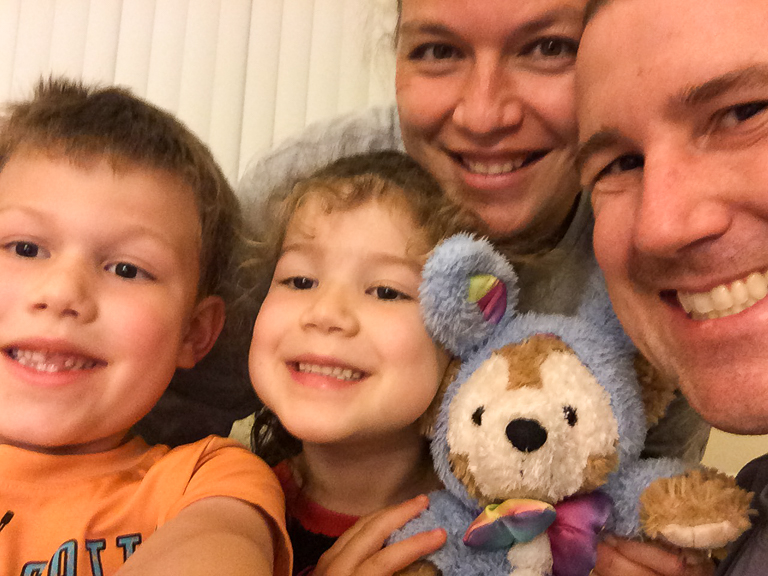 I want a picture too, but with my favorite trio Huey, Dewey, and Louie. 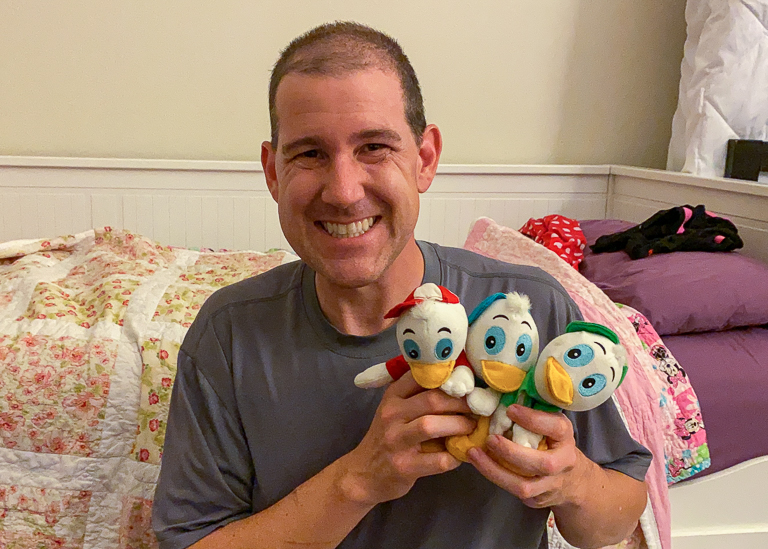 You guys are so awesomely creative! I love it! 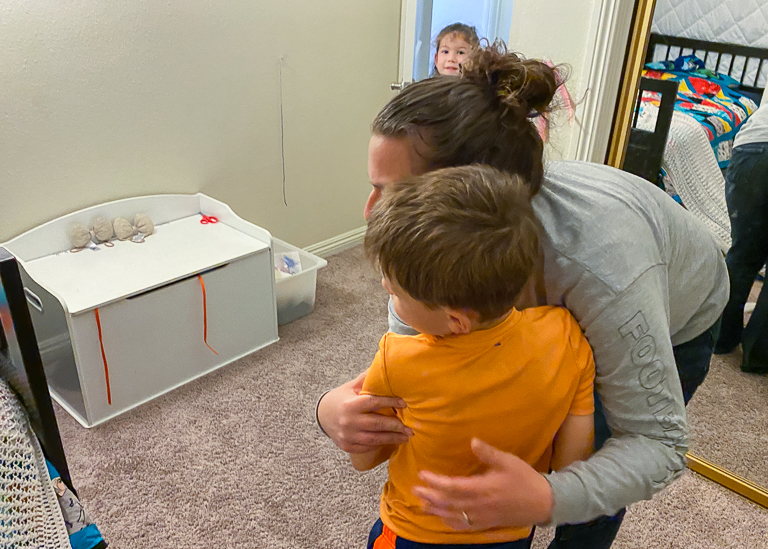 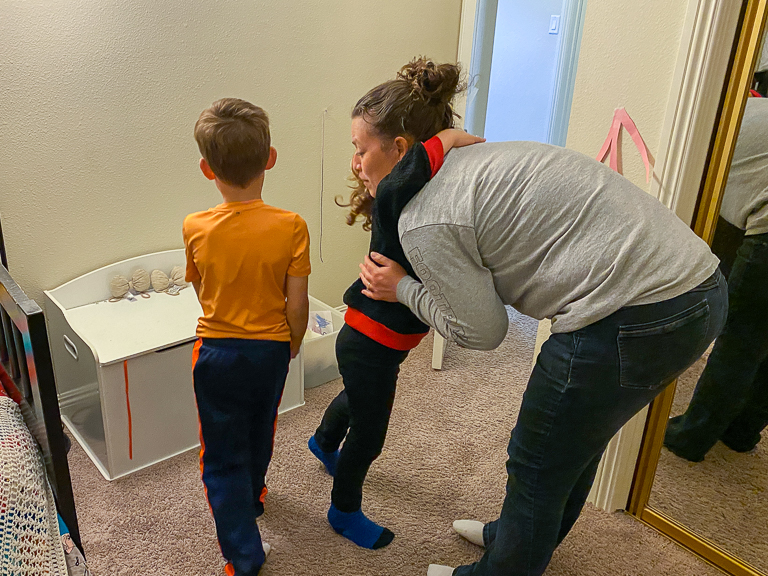 Back downstairs I saw a sign they made for Soarin. When I asked about it, they told me that's a ride they're working on for the next time they make Disneyland. 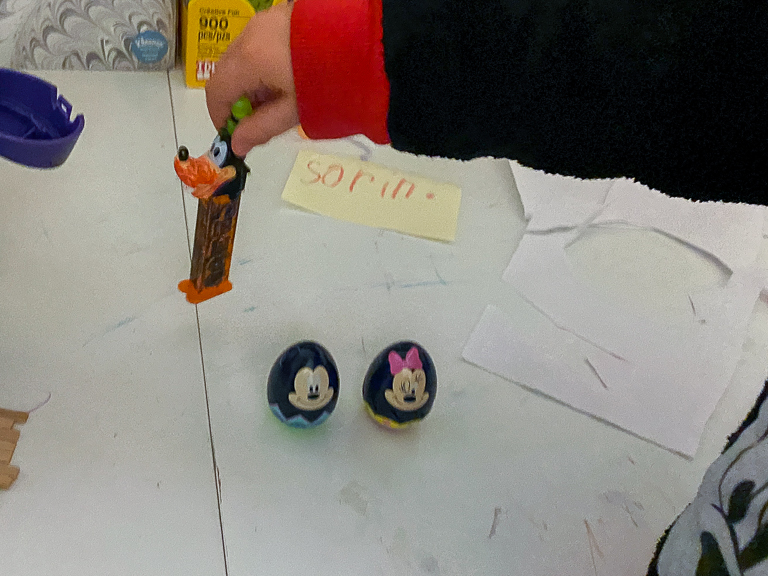 I think it's time to eat some popcorn out of these great popcorn buckets. 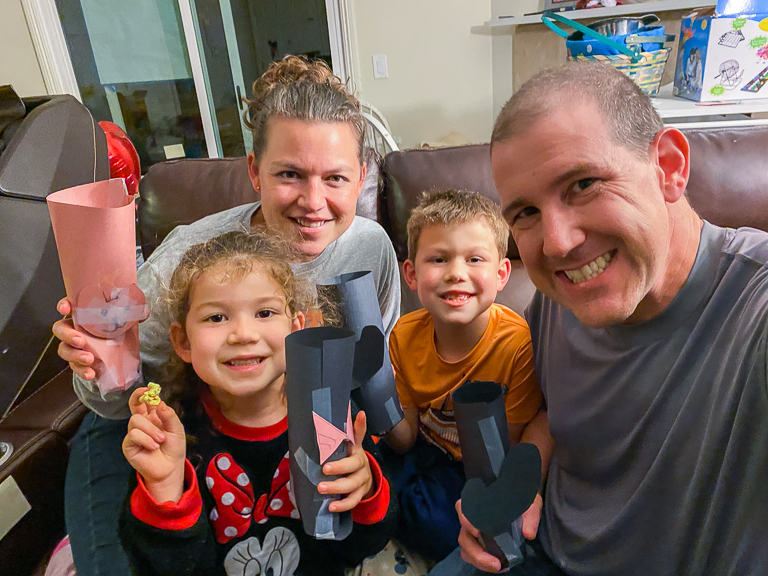 And so we turned on Disney+ and watched all the Pixar Popcorn shorts! 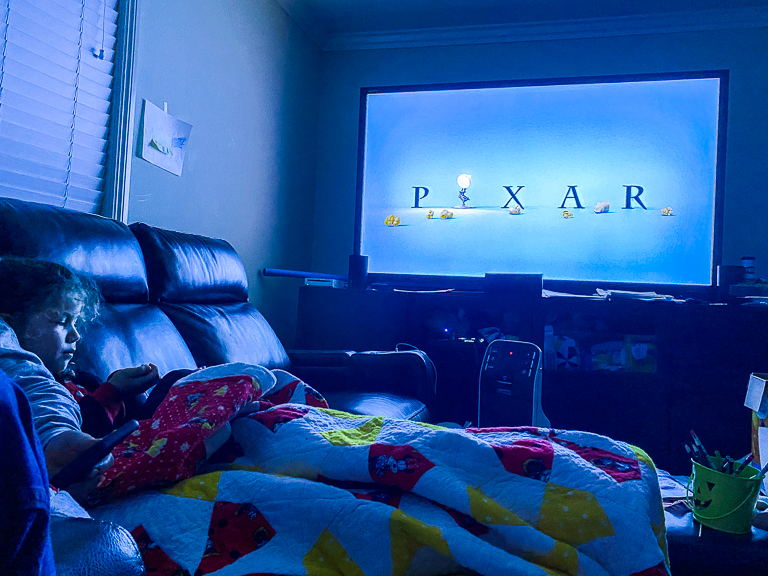 Awesome job guys! Here's the video I promised before. A little long for a video, but we enjoyed it.
Posted by Joe at 4:00 PM