It's the week of Saint Patrick's Day! We're celebrating by making a whole bunch of treats to celebrate the holiday. Along with the treats, I figured I should theme my pizza to the holiday as well! Potatoes are an Irish staple, so this week my pizza is going to be potato themed! And because I can, why not go ahead and make the crust green too! 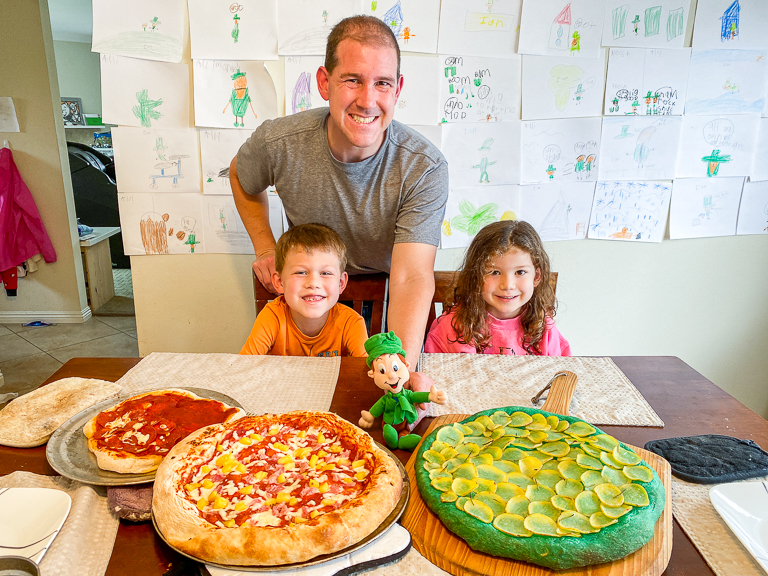 These are golden potatoes, so the leprechauns should like that. I washed them, them used the mandolin to cut them into even slices. I rinsed them off, and then let them sit in salt water until I was ready for them. 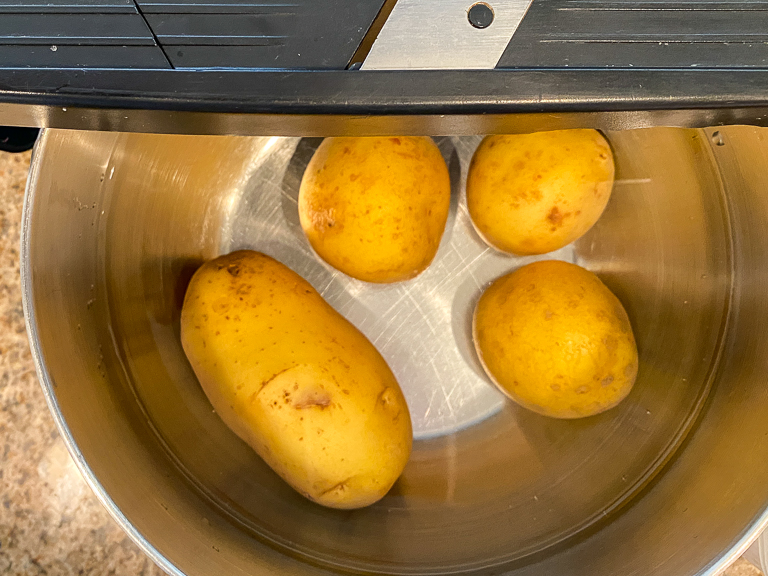 For my dough, I make my regular recipe, but then split off a bit for my green pizza. It's had time to rise and now it's time to make the pizzas. 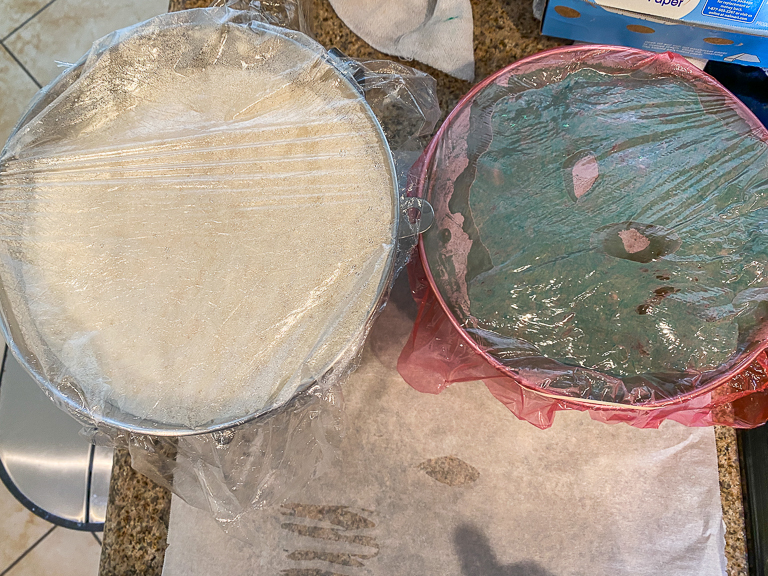 It's certainly an interesting color. 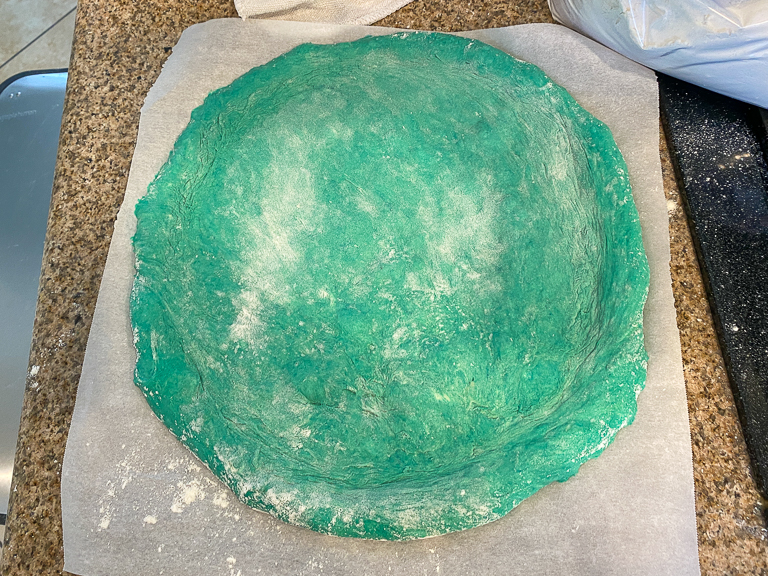 I brushed the top of the whole dough with oil. I then dried off my potato slices, tossed them with oil, pepper, and kosher salt, and arranged them onto the pizza. Chi was ready with some fresh rosemary from the garden to top it all off. 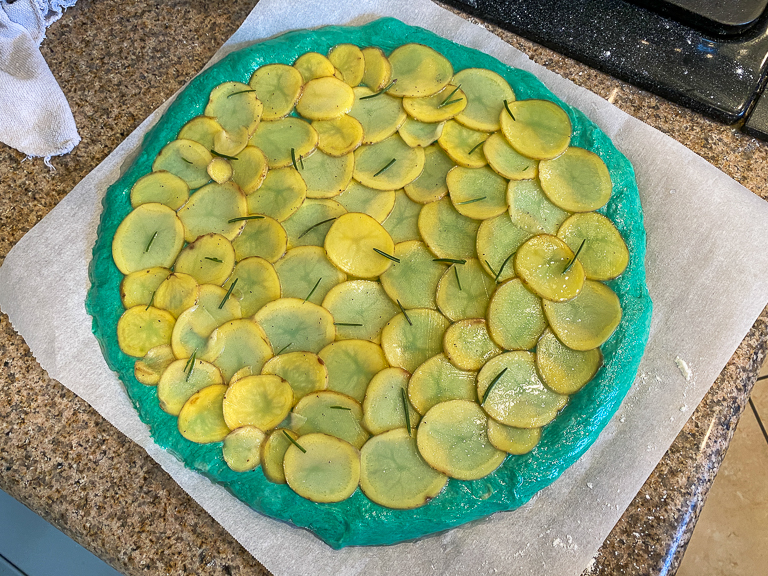 A few minutes in a 550F oven and this is what it came out looking like! And I see all that gold has attracted a leprechaun. 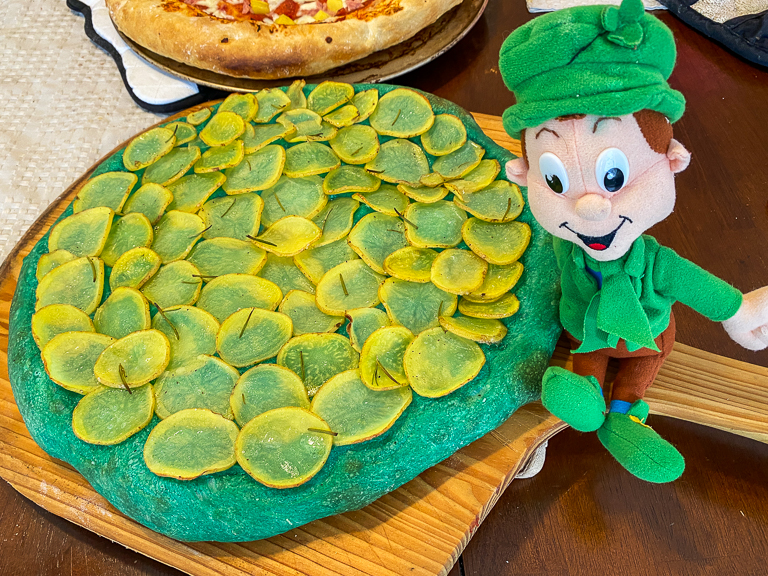 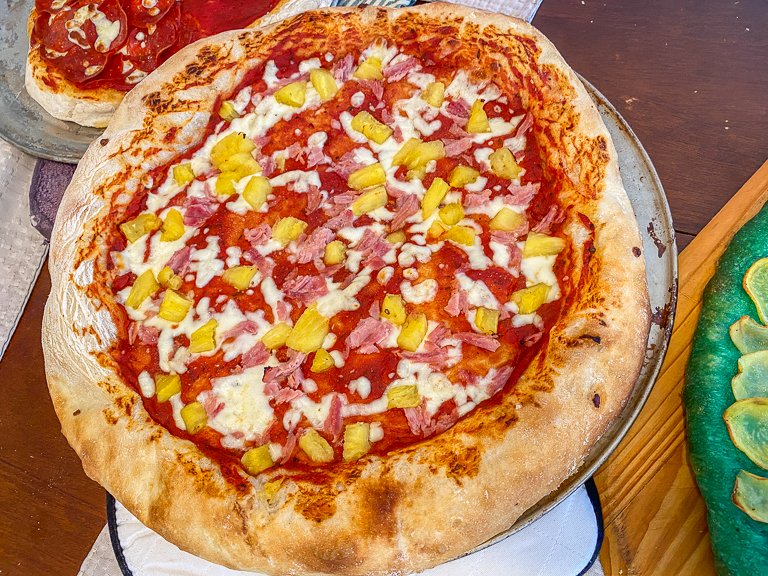 That is one green pizza. Chi said she's never seen a pizza like that before. I can't think of a time I've ever seen one that green either. 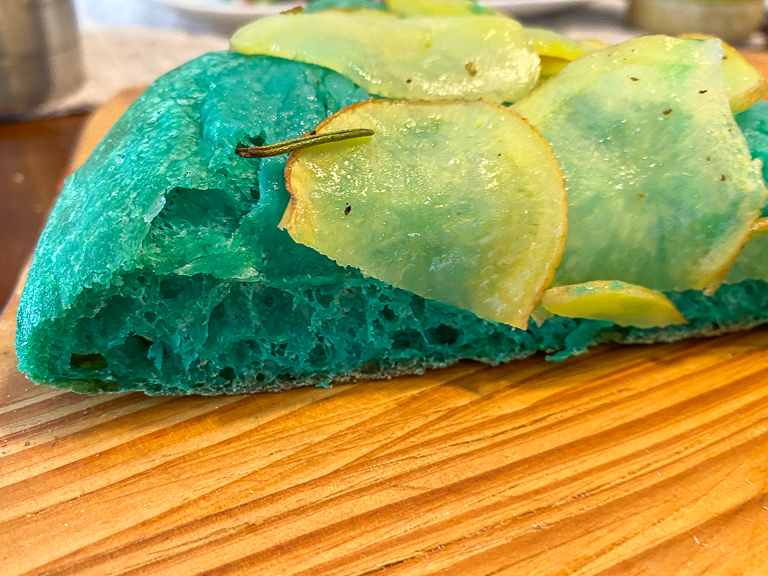 My plate tonight with both pizzas. The potato pizza was pretty tasty. Starchy potatoes on top of a starchy crust. What's not to like? The rosemary did give a good flavor to it too.
And the ham and pineapple pizza was pretty tasty tonight too. Hit it with a couple shakes of garlic and red pepper and it's delicious!
Another pizza in the books! 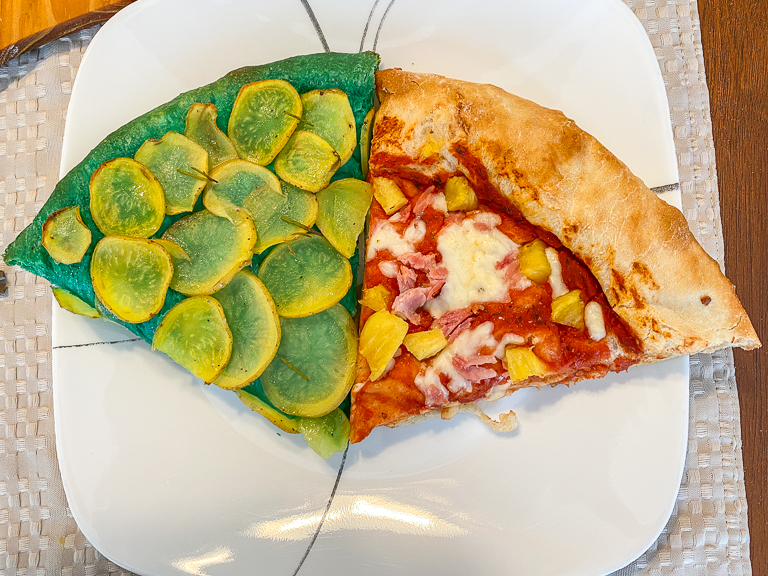