There's a fun new food that we're going to be trying today! You're familiar with the Post Cereal Fruity Pebbles. Taking those Fruity Pebbles that we love, Post has turned them into Crisps! 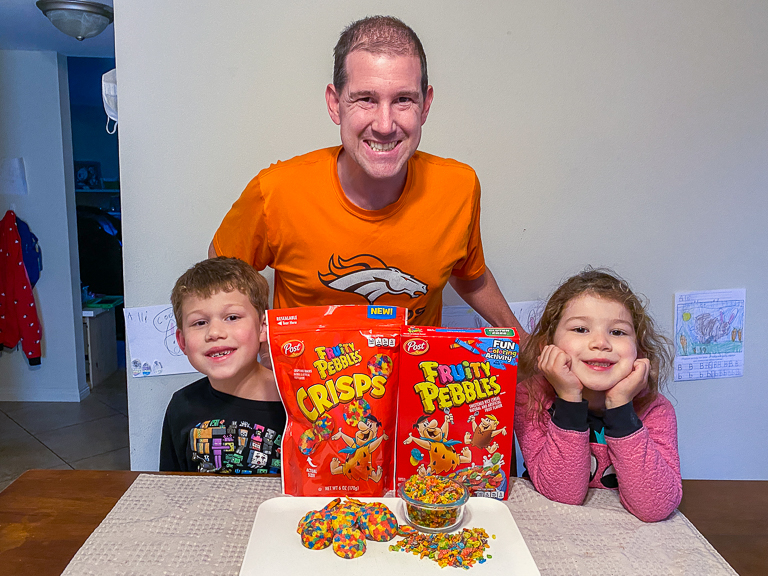 These Crisps really remind me of Pop-Chips, where it's a formed chip. Big thanks to my brother for sending these to me. I swear they get all the good stuff months before I ever see anything here in California. 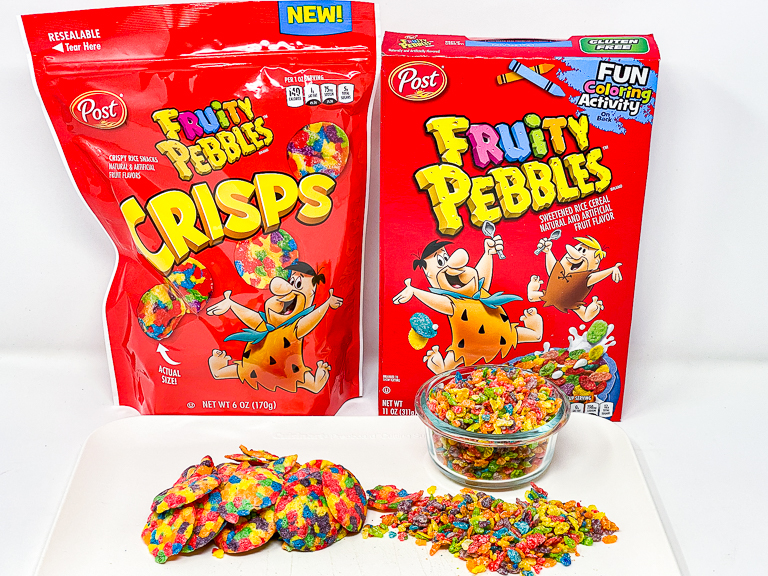 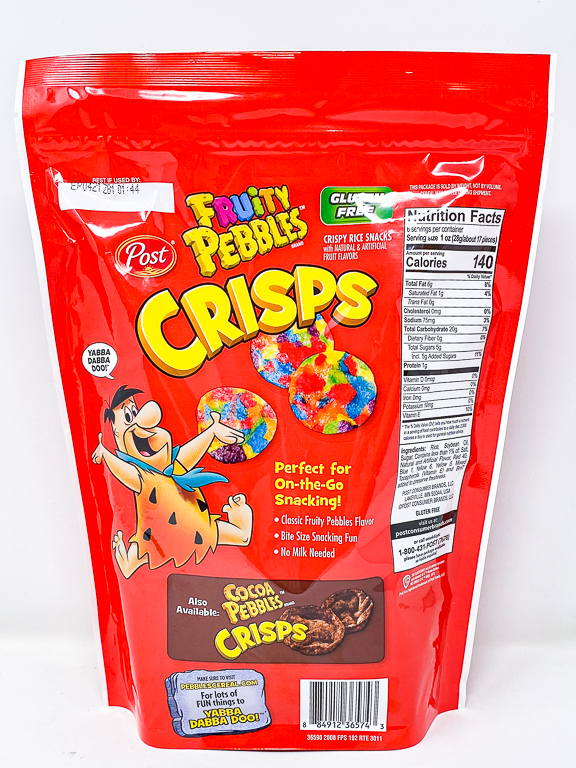 Wow! The colors on there are so bold and bright! And I love that you can see all the different colors that are in the Fruity Pebbles cereal. Each Crisp is a circular concave disk. 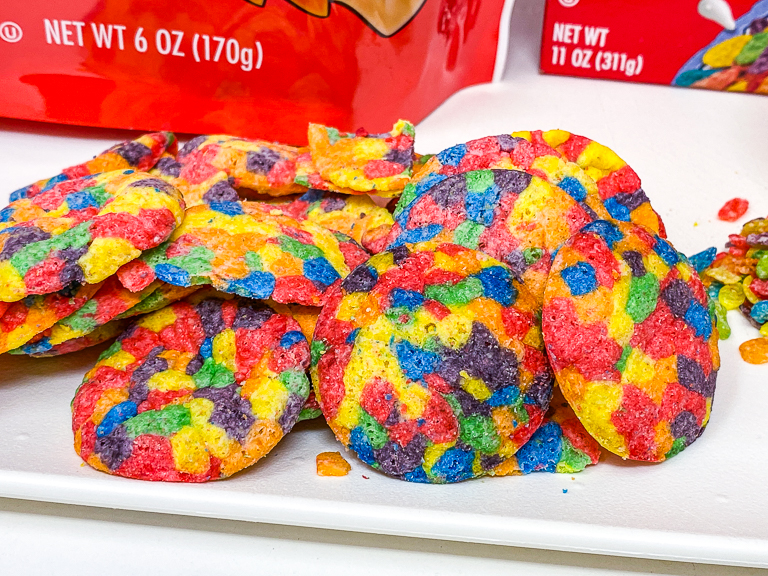 The Fruity Pebbles cereal is not even as bright as the Crisps, but maybe that's because they're covered in sugar. But they do delicious. 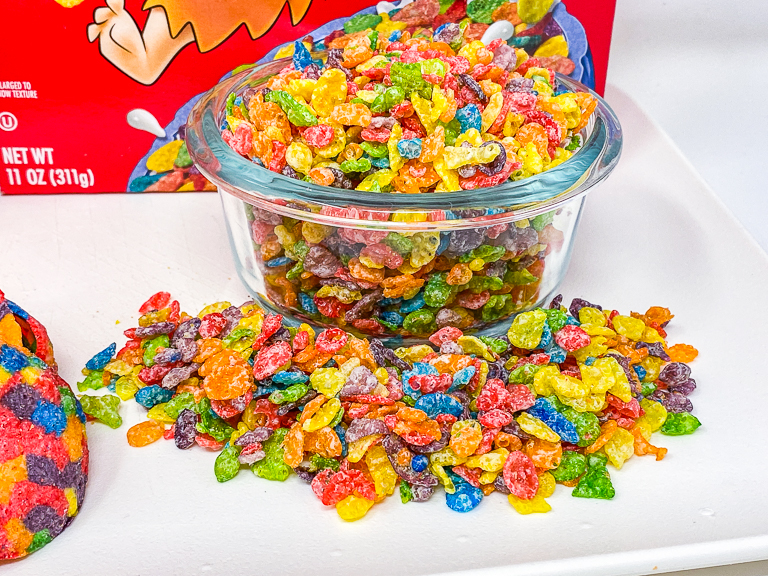 We'll start this taste test with the cereal. These have a great flavor, very similar to Froot Loops, but with a puffed rice base instead of a corn-flour base. It's pretty much froot flavored rice krispies. They're sweet and light. 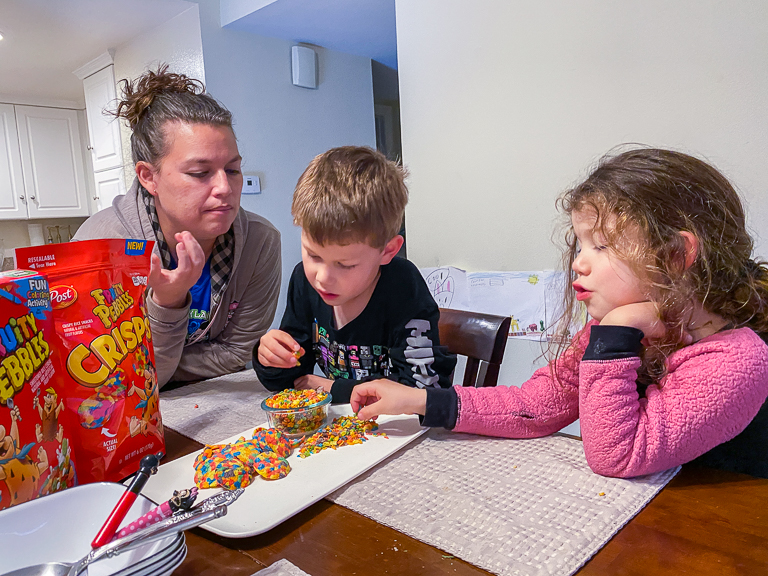 The Crisps are a little more dense. I guess they have to be in order to hold together as a chip. They are also a bit less sweet. 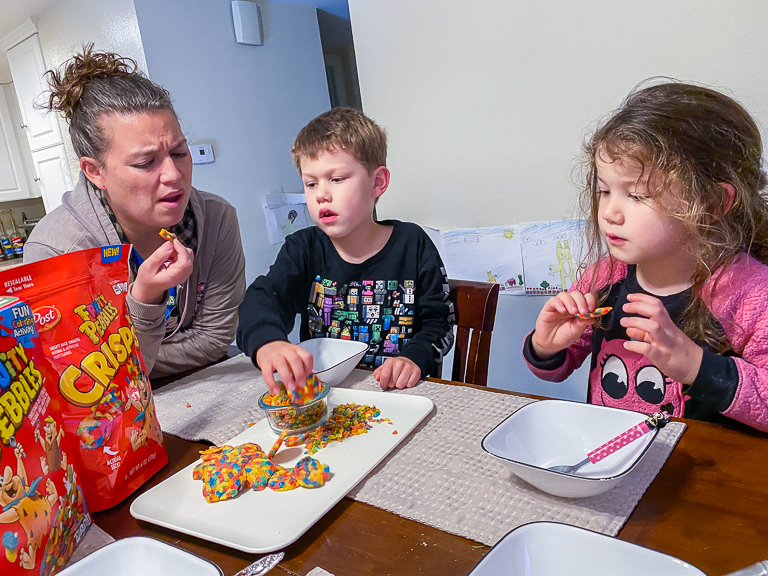 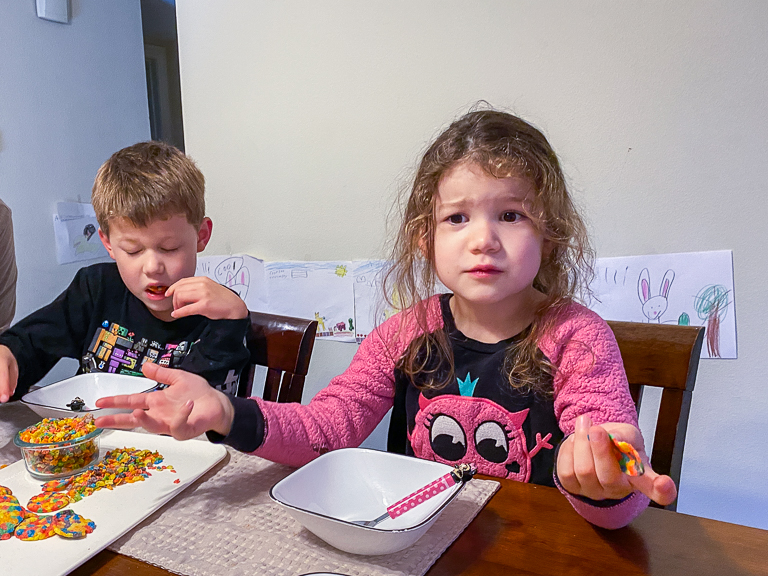 Theresa is confirming the ingredients are the same. 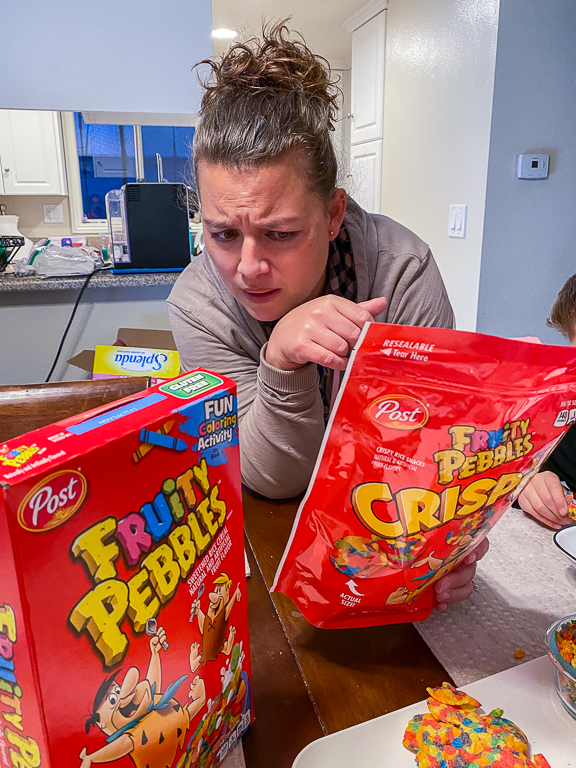 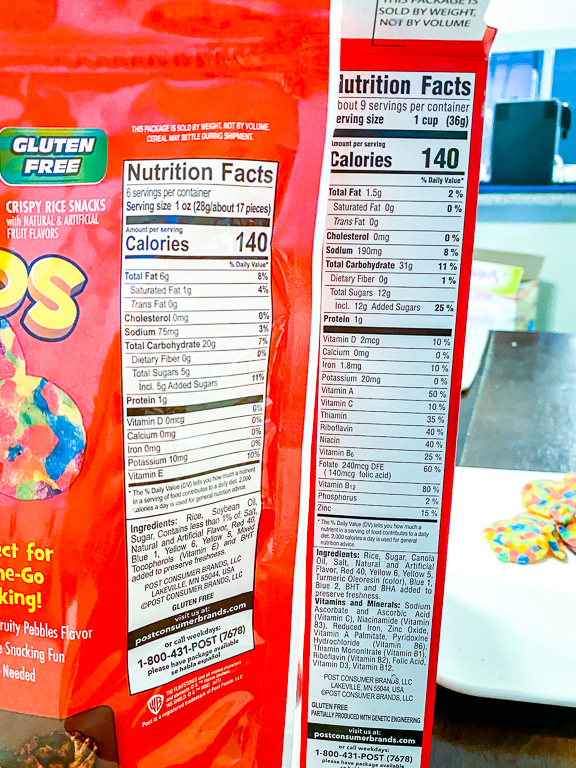 Both together in a bowl. 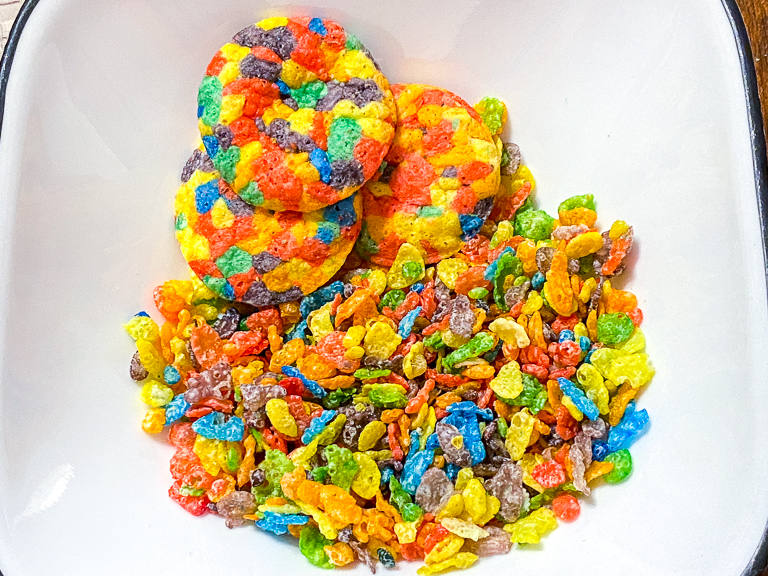 Given a choice between the two, everyone liked the cereal best. I had to put it away before it all gets eaten because I've still got some plans for it! 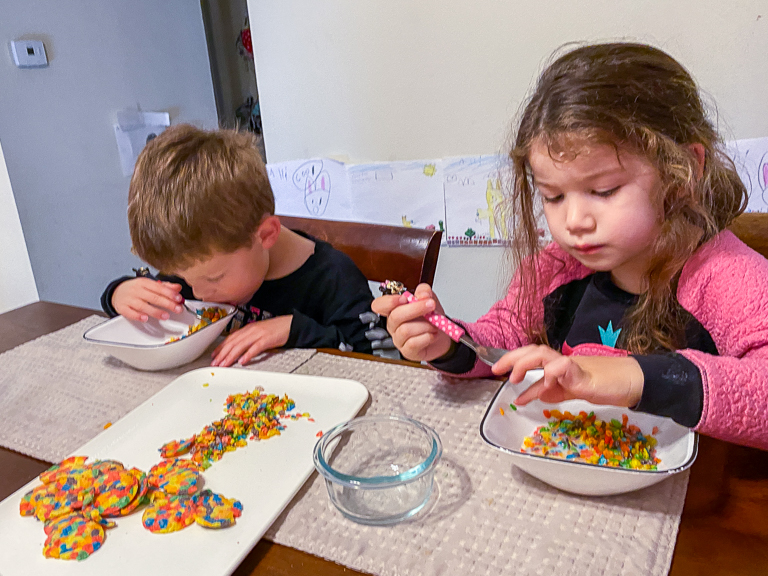