Just a year ago, things were starting to go into lockdown. One of the last treats that we bought out was a Shamrock Shake from McDonalds. New last year was an Oreo Shamrock McFlurry. Here it is a year later and this time we're going to remake them at home! 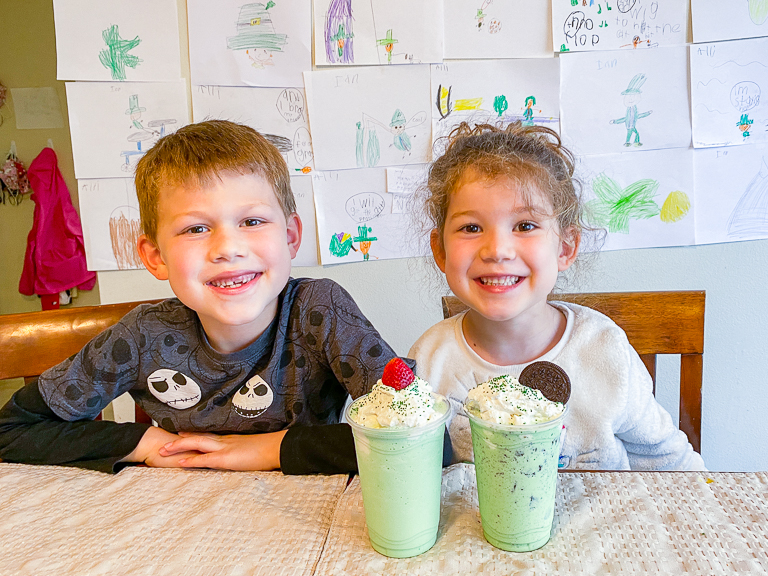 These are the official photos from McDonalds. We'll see what we can do. 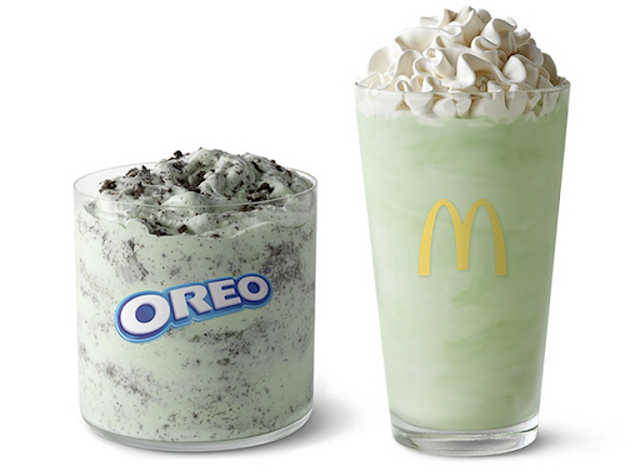 First we need to make some whipped cream. That's easy enough. It's just sugar and cream, with a little vanilla mixed in. Alli measured out enough powdered sugar. 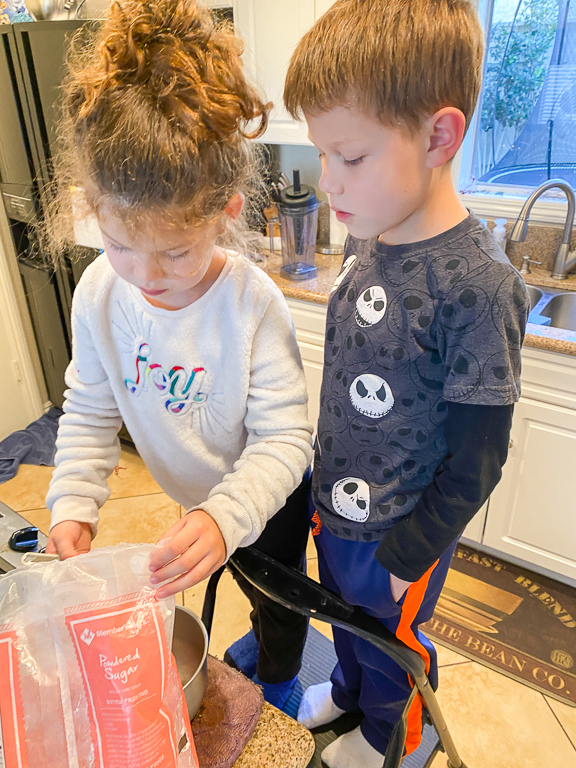 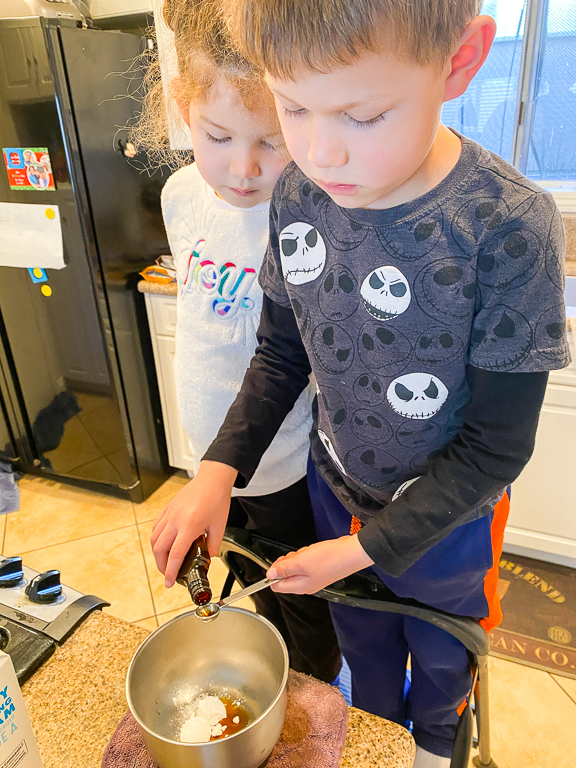 While I was in charge of adding the cream. 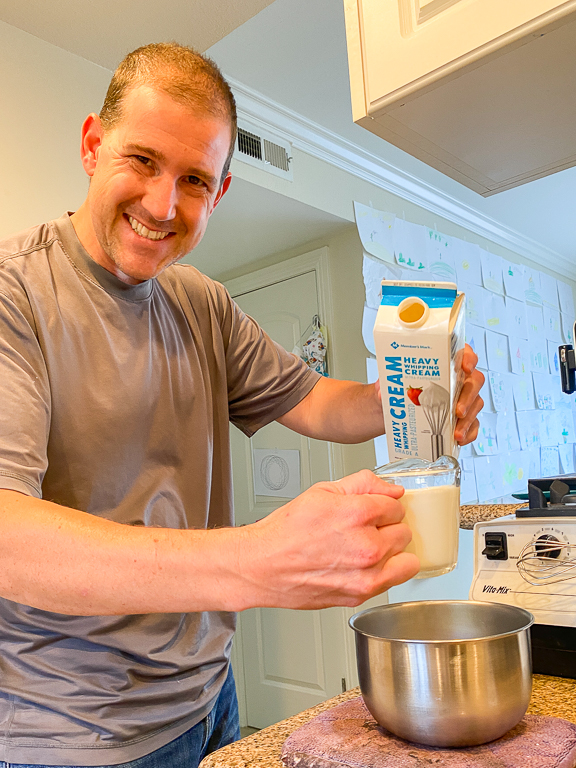 Then we all took turns using the handheld mixer to whip air into it and turn it into whipped cream. 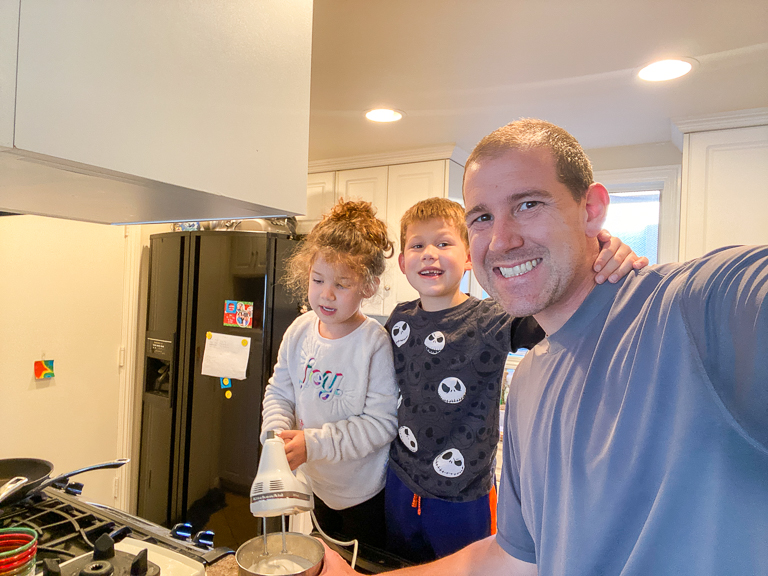 Lucky kids. These beaters have plenty of whipped cream left to taste on them. 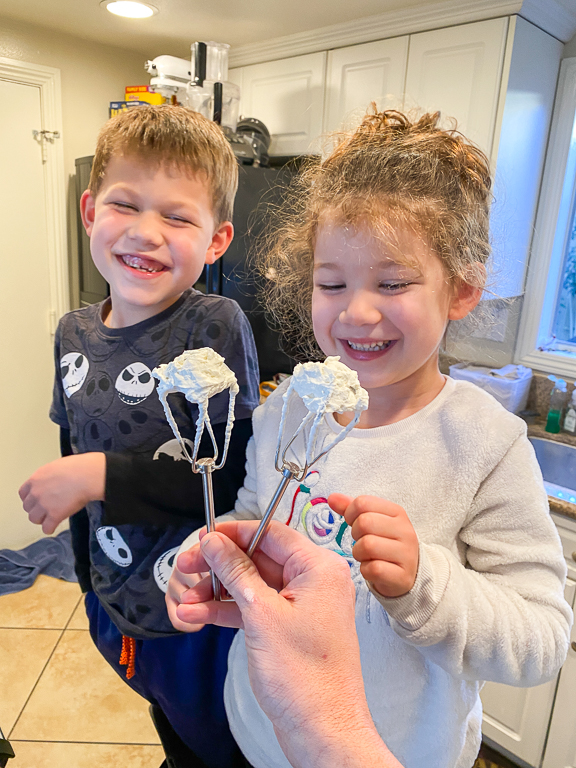 For our Oreo McFlurry, we've got to have Oreo cookie bits. The kids extracted the cream from the cookies. Ian made sure it was a butter knife I gave them. He doesn't want anything sharp. 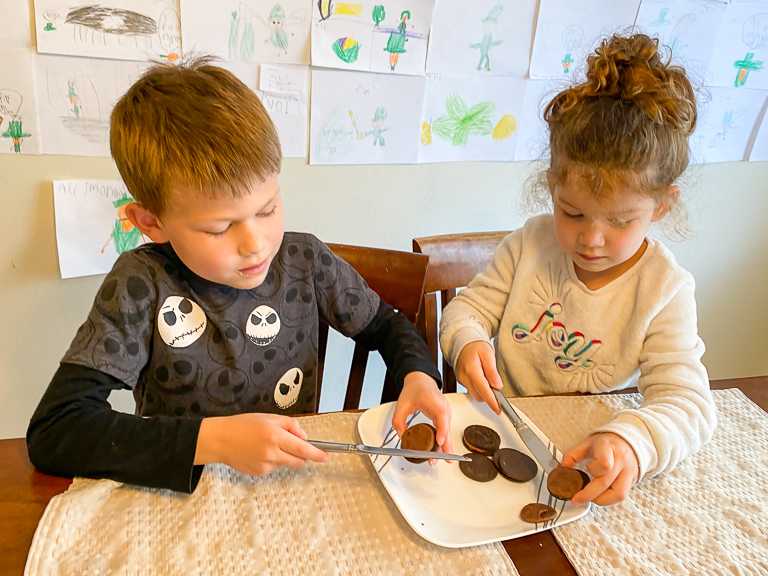 Then we need to crush them up using a meat pounder. 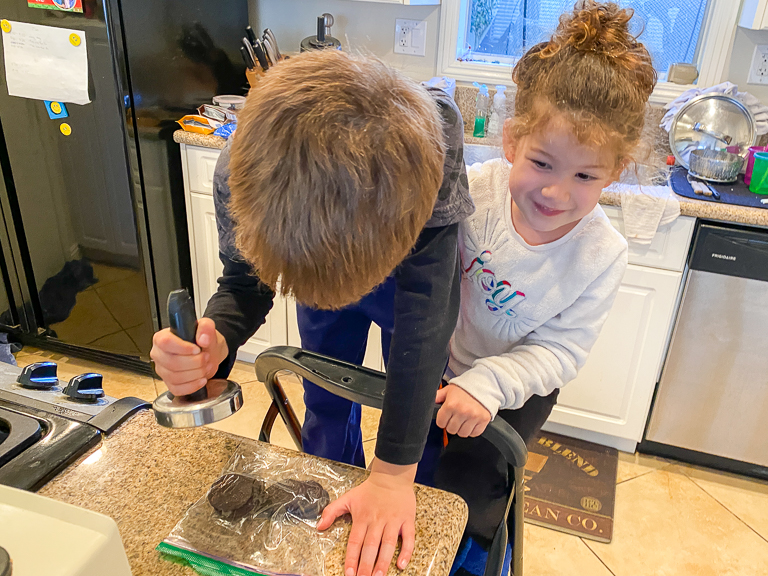 A good chef tastes their ingredients as they go along. In this instance though he asked if he could taste the Creme de Menthe syrup that will be going into our Shamrock Shake. Normally this is diluted heavily in something. 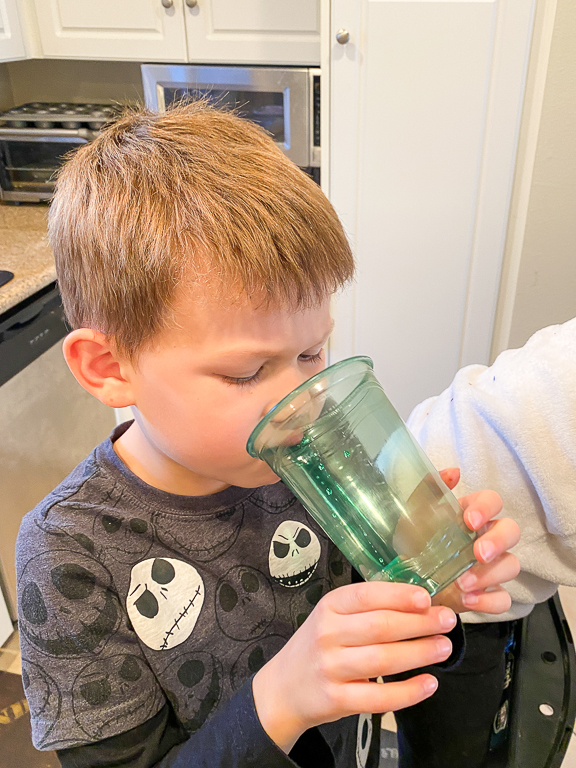 Yep. No thank you.
Alli tried it as well. "It's okay, but I don't like it."
It's going to be much better in our shake. 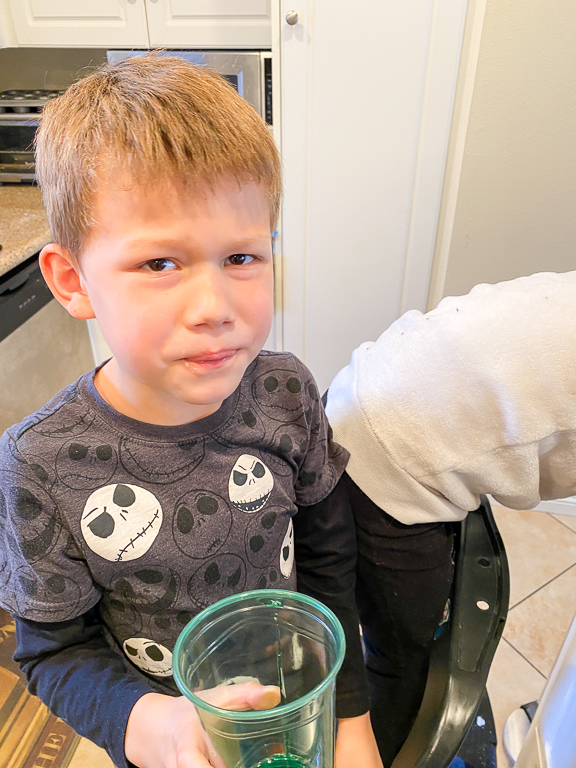 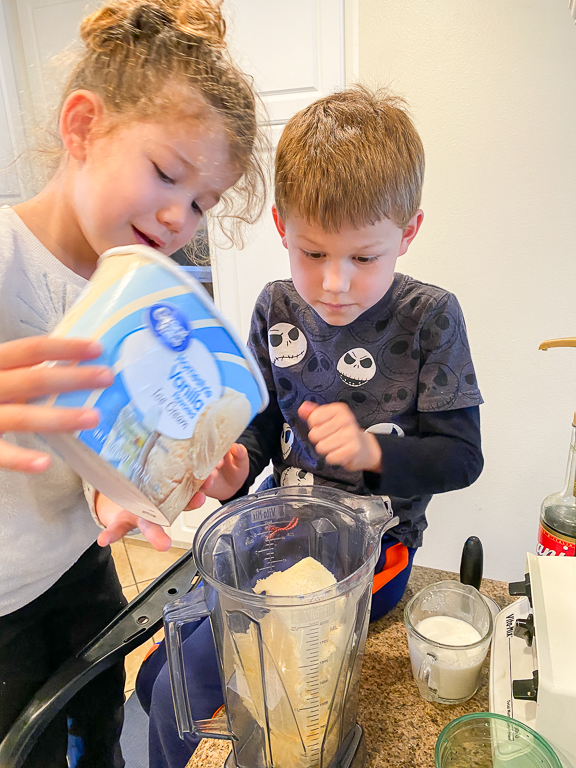 Plus 3/4 cups of whole milk and a few pumps of syrup. The kids ran out of the kitchen as it buzzed. 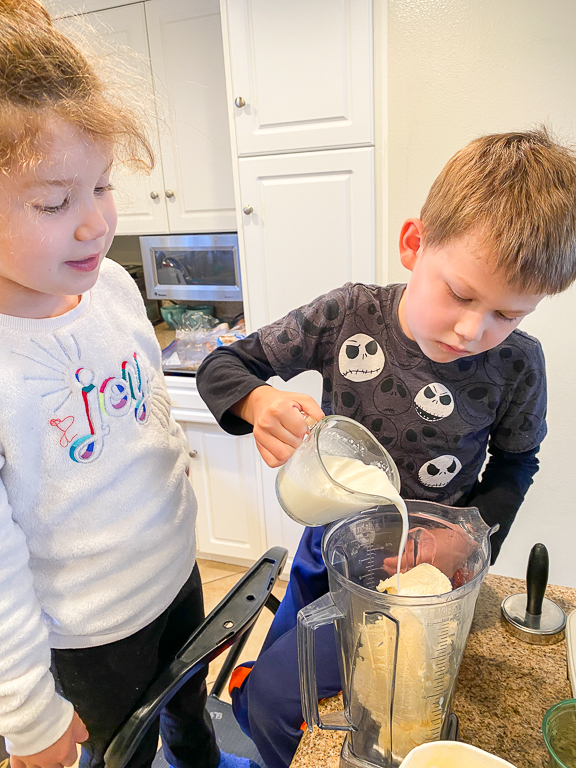 For our McFlurry, we did the same thing, but added a little more ice cream to make it a little more thick. We then added our cookie pieces and mixed them in by hand so we don't blend this too much and make it brown. 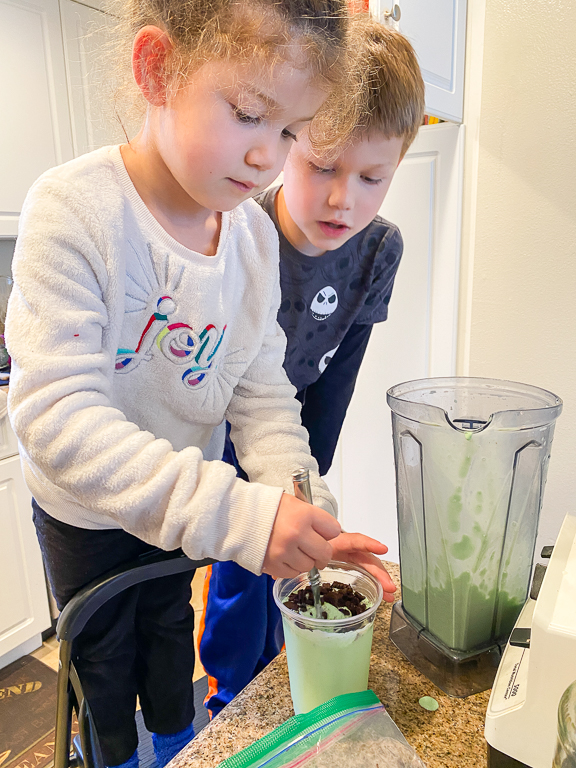 After putting some of our homemade whipped cream on top, the kids each added a few green sprinkles on top. 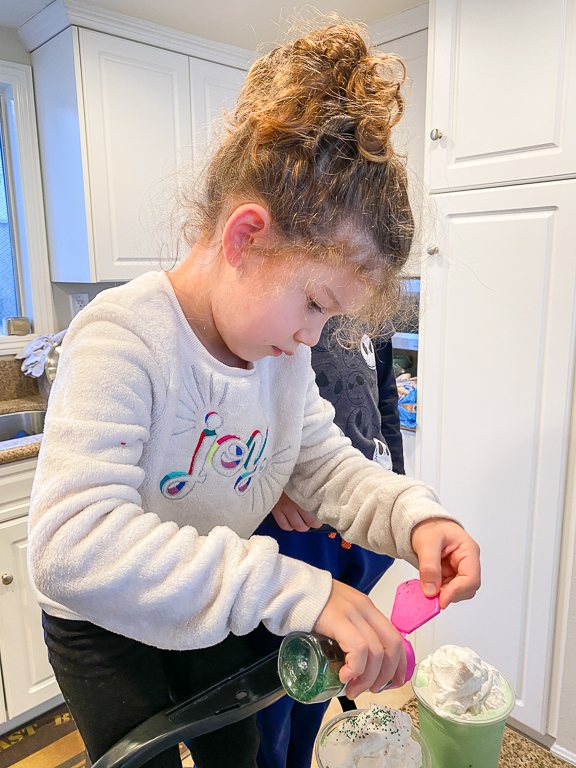 Those look so good guys! Just the right shade of green. 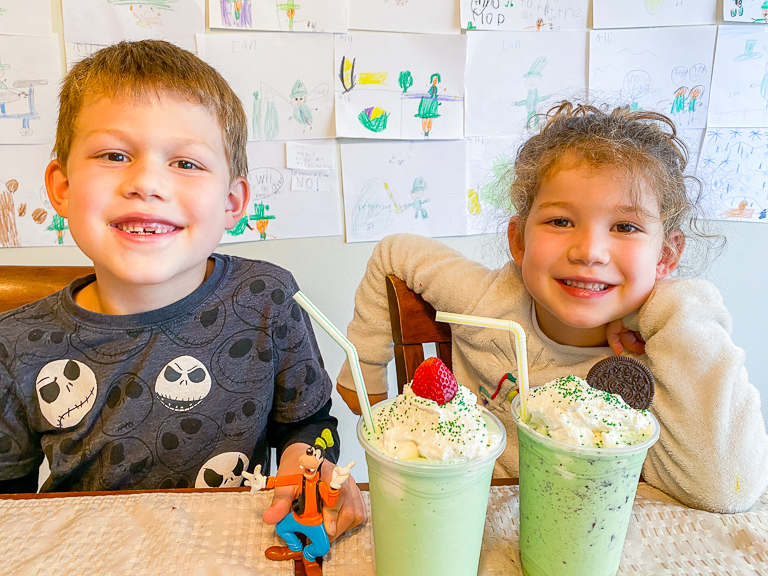 I thought the homemade Shamrock shake could use a cherry on top, but there were no maraschino cherries in the fridge. Alli suggested we could use a strawberry instead. Way to adapt Alli! A strawberry will be perfect. 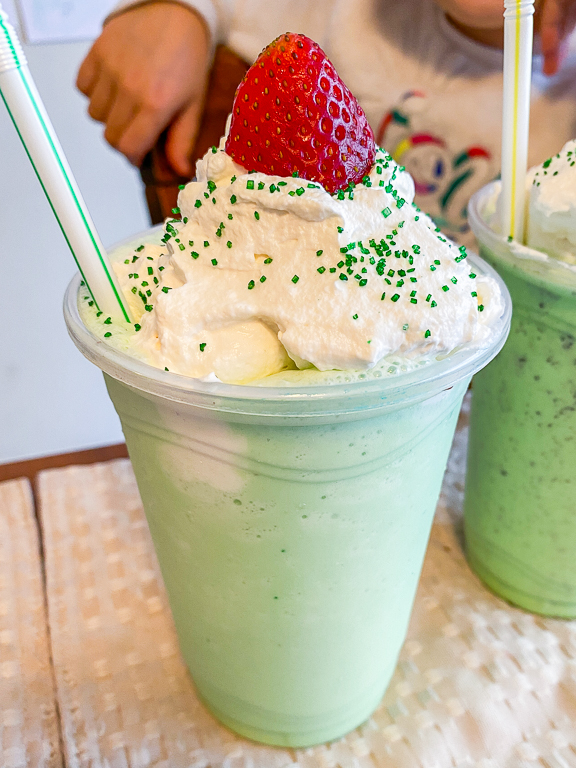 Our Oreo McFlurry is looking great! 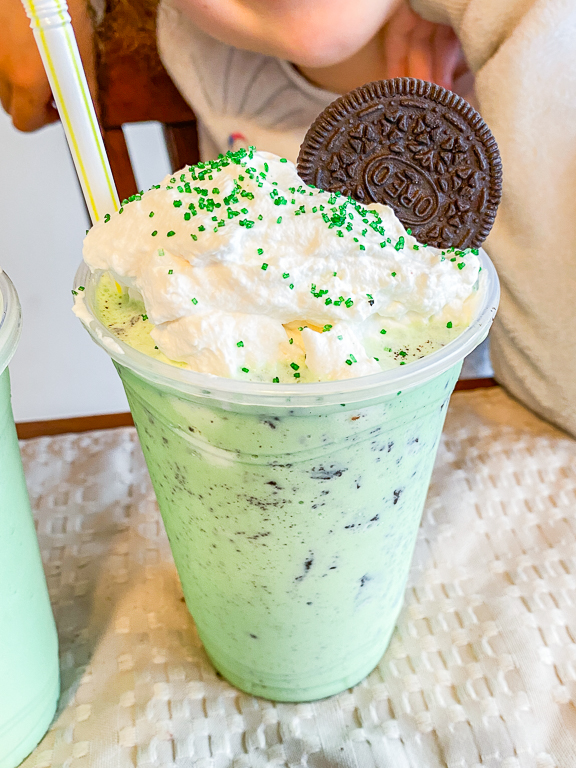 What do the kids think? 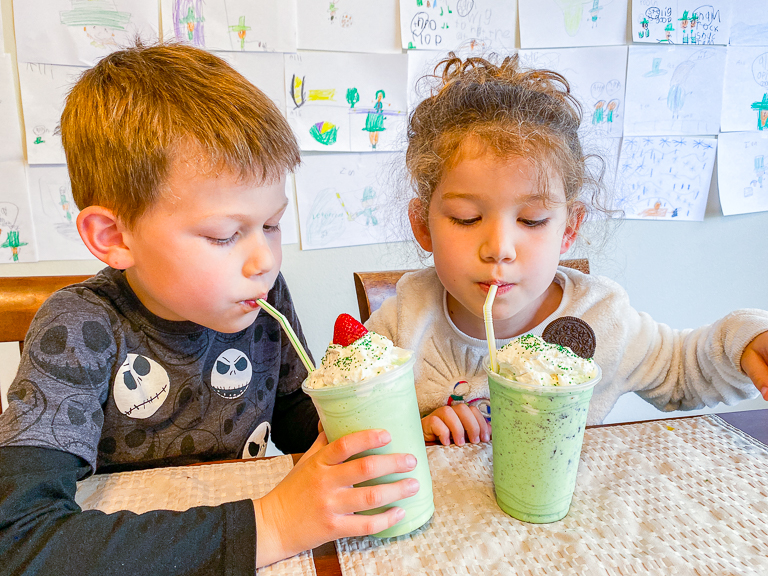 The regular shamrock shake is great. But the one the kids liked best was the Oreo McFlurry. That extra bit of chocolate and occasional crunch is great. 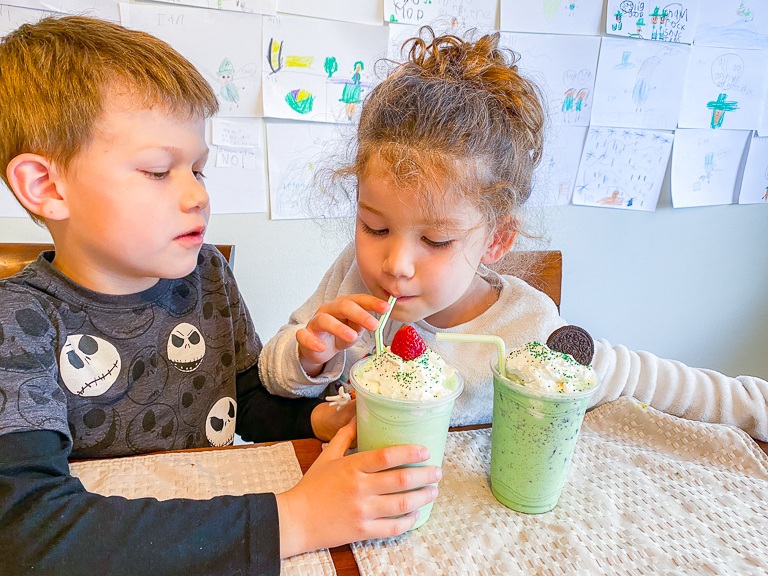 Why not both? Great job kiddos! 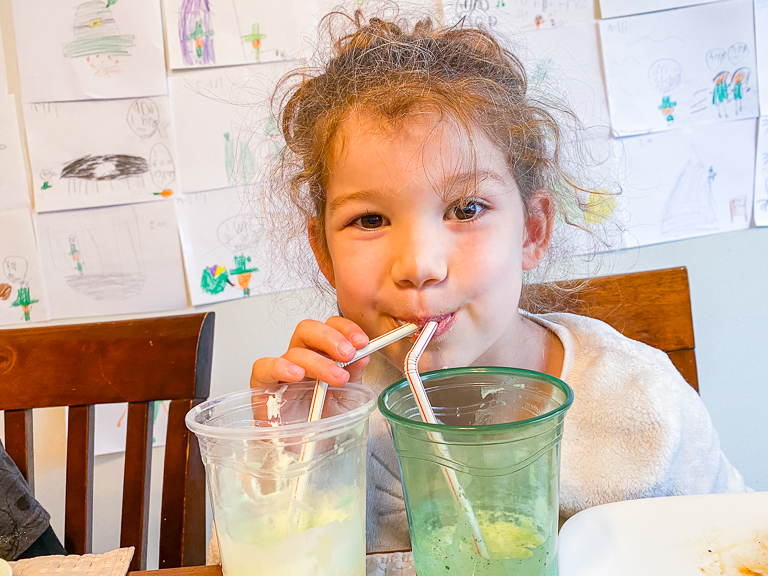