Rustic Bread - Made at home

YouTube must be learning my viewing habits, because in the course of my normal viewing, another video came on suggesting a few different ways to make bread. Either that or Theresa is sending me subtle hints about things that I need to make.

Whatever the method, the video suggested different ways to make a Rustic Bread and it looks like it has a fantastic crust. That's something that's always been missing when I've made baguettes. Mine are tasty, but the crust has been weak. Let's change that today. 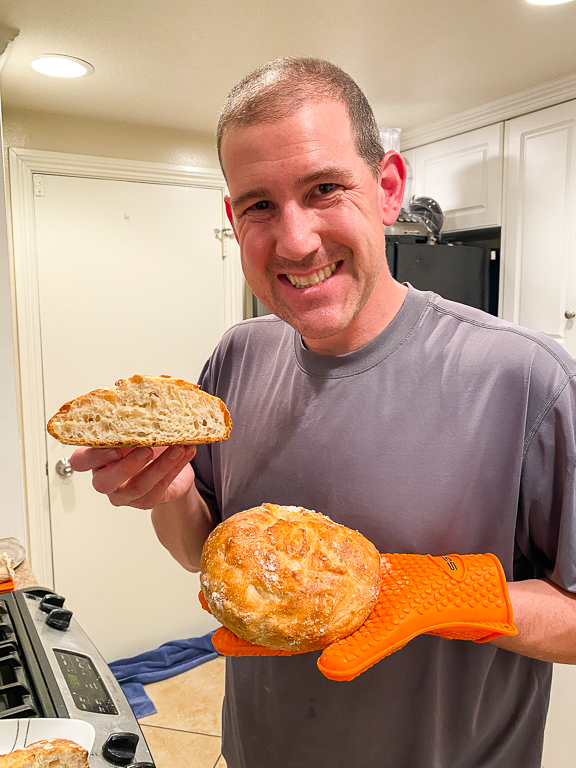 Here's the video that was recommended. In it, they suggest 1 dough, and 3 different ways to form and bake it. I'm opting to do the Best version because, why not!
It starts the night before with a little bit of water, flour, and yeast. This is called a Poolish and it will bring some great flavor to our bread. 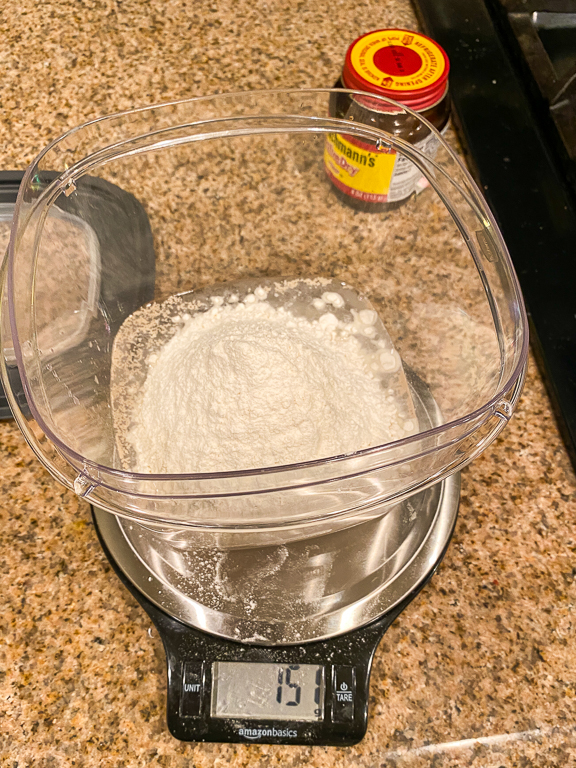 The next day it had risen a bit and is smelling sweet/sour. 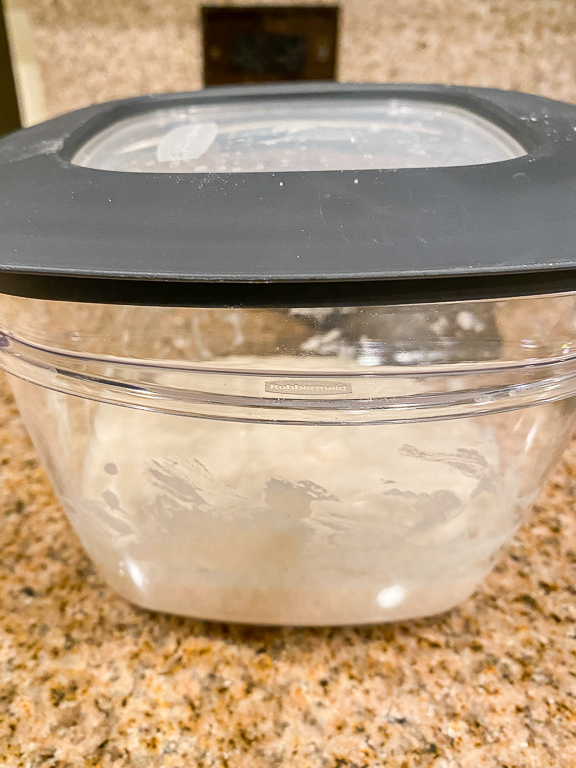 Truthfully this was just going to be an experiment to see if this would all work out in support of a future post I have planned, but I ended up using it anyway. The result was a large, beautiful, rustic bread. 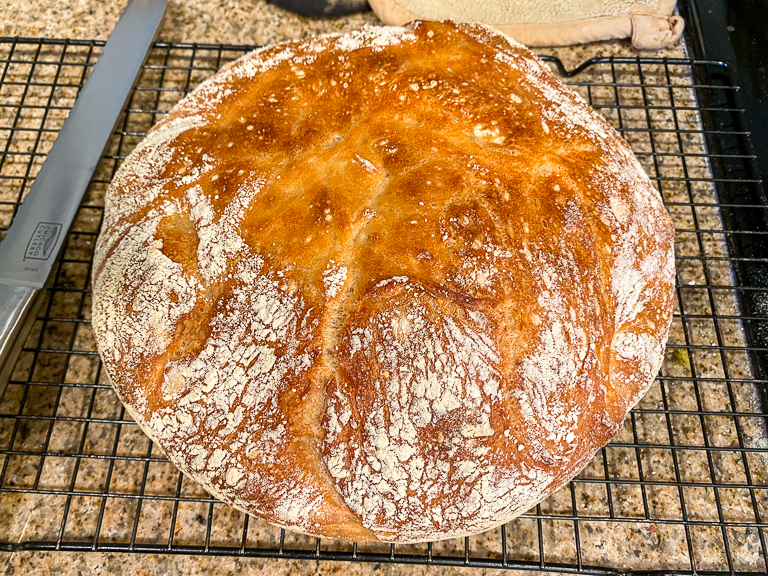 It was super crunchy. Now this is what has been missing from our previous bread loaves. Theresa and her mom couldn't say enough good things about it. And because of that, I started another batch of the Poolish so I could make it again the very next day. 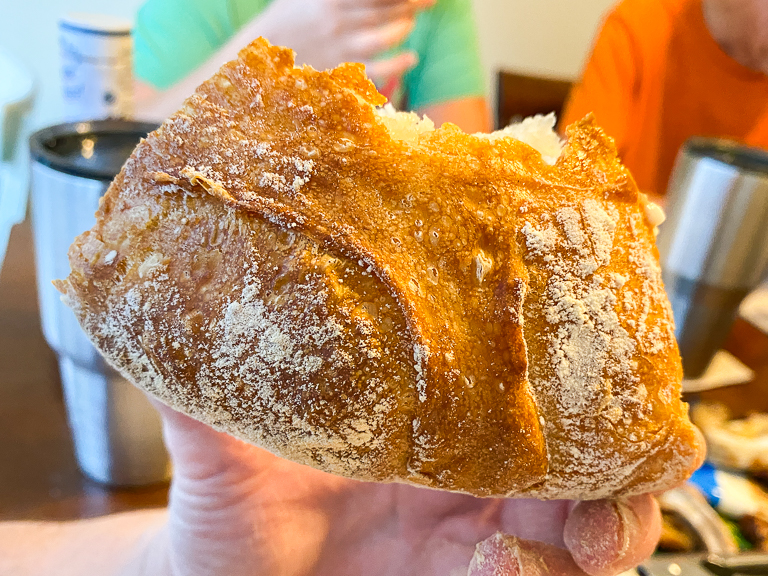 This time, instead of making one giant loaf, I'm splitting it up into 3 smaller loaves. It's also in support of the future plans I have for this method. 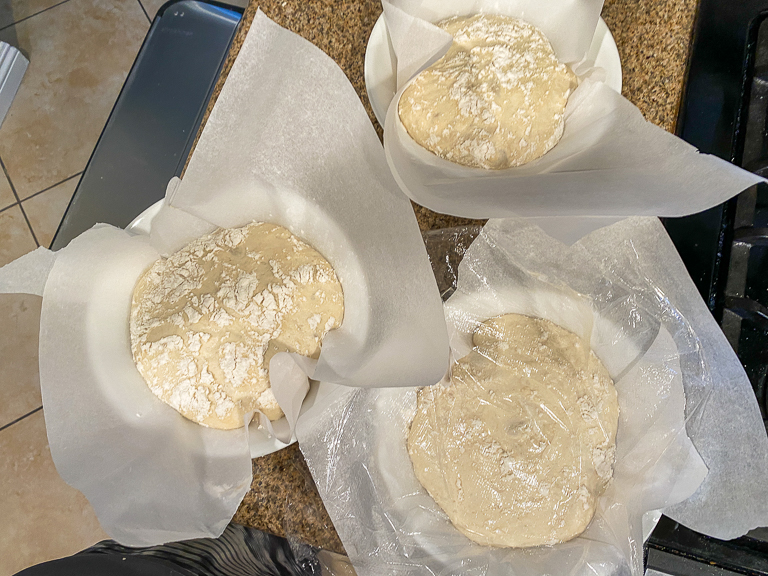 The main way this builds a good crust is the addition of steam. By cooking in oven-proof pots and leaving the lid on for the first 18 minutes, we'll develop a great crust to this dough. Bread is done when it hits 190F, but this was at 210F as soon as the lid came off. Any time after the lid comes off is just to add to the crust. I've seen some that take their bread crust to be super dark, but we don't roll that way. We like it golden brown. 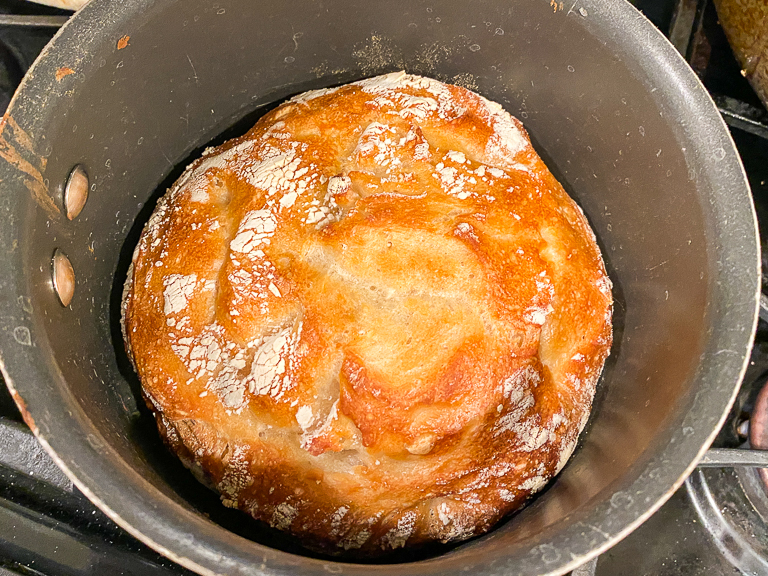 I tried it a couple different ways and I have some plans for improvements for the next time. But the result were these crunchy, crusty breads. 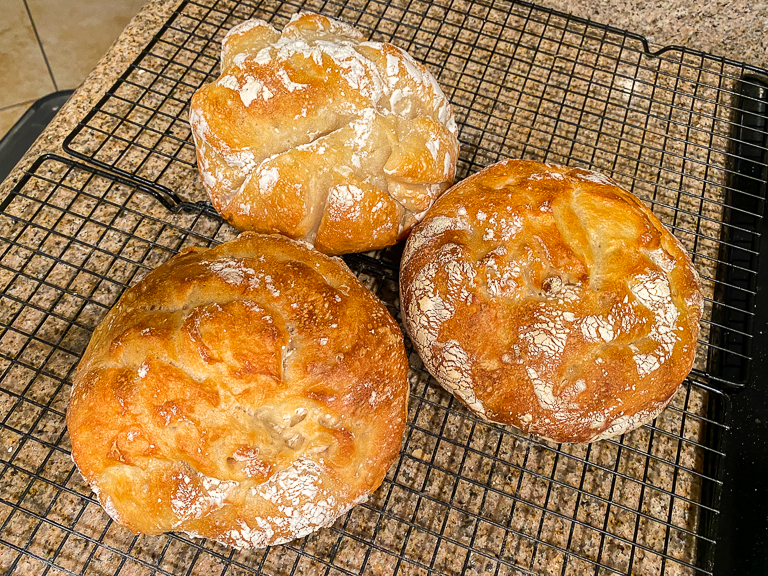 You've seen the movie Ratatouille? There's a part that says "How do you tell how good a bread is without testing it? Not the smell, not the look, but the sound of the crust."
Here's mine.
And how was it? So very good! It had a great developed taste and the best crust I've made at home. 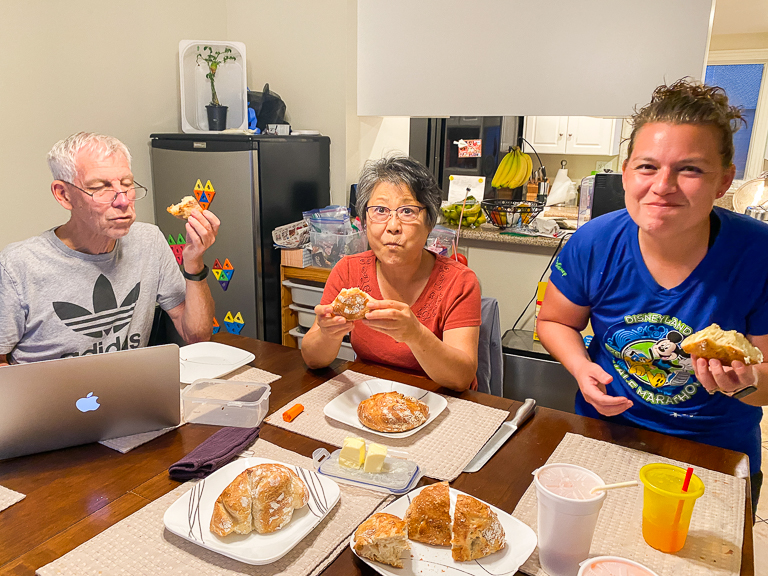 The kids thought the insides were good, but the outsides were a little too crunchy. That's okay. More for us adults who really love it.
And this bread is best enjoyed right after it comes out of the oven. Slather it with butter and it's amazing. Give a couple hours though and that crunchy crust you worked so hard for starts to turn chewy. Still good, but not quite as good.
Either way, I'm happy to have this new bread making method in my arsenal! 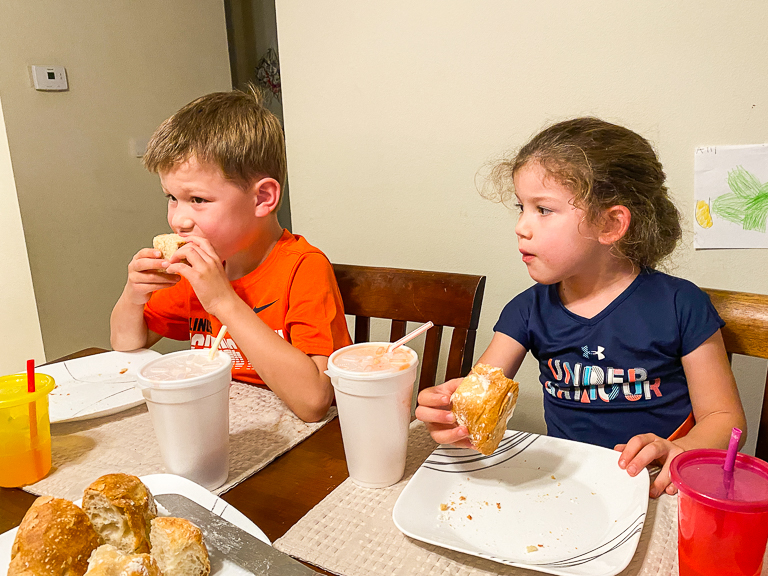