Well we had Fruity Pebble Crisps not too long ago. Now it's time to the other flavor. Cocoa Pebbles Crisps! 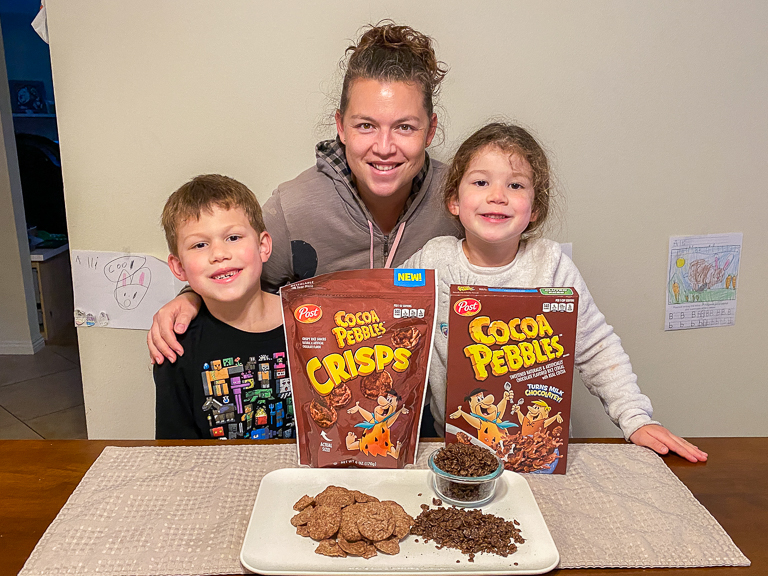 These crisps are just like giant Cocoa Pebbles Chips! 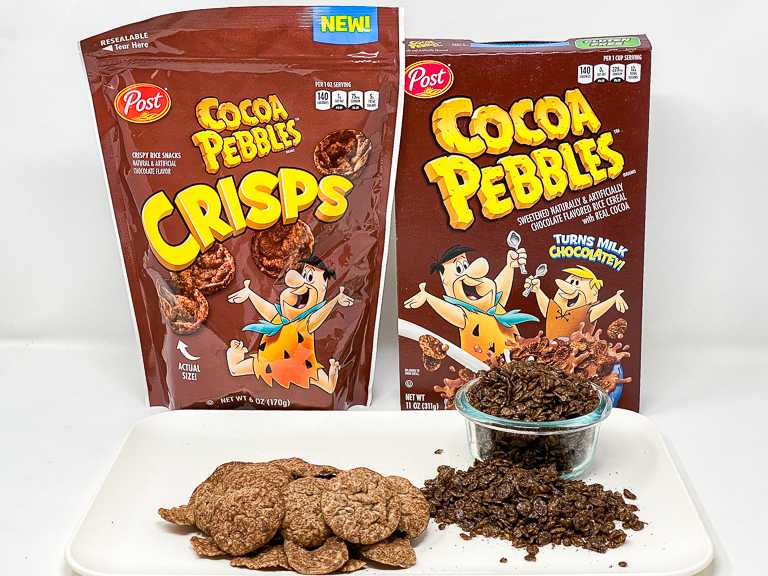 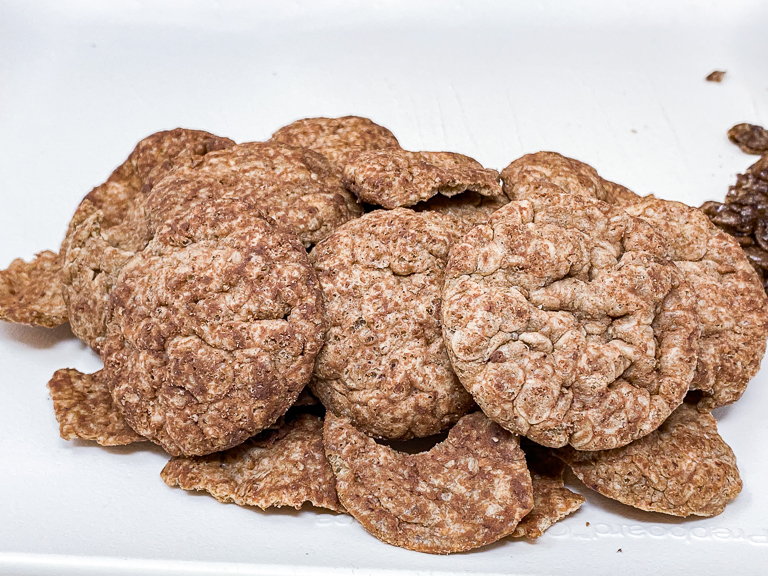 See how deep and rich these Cocoa Pebbles are? Now that's some chocolate flavor. 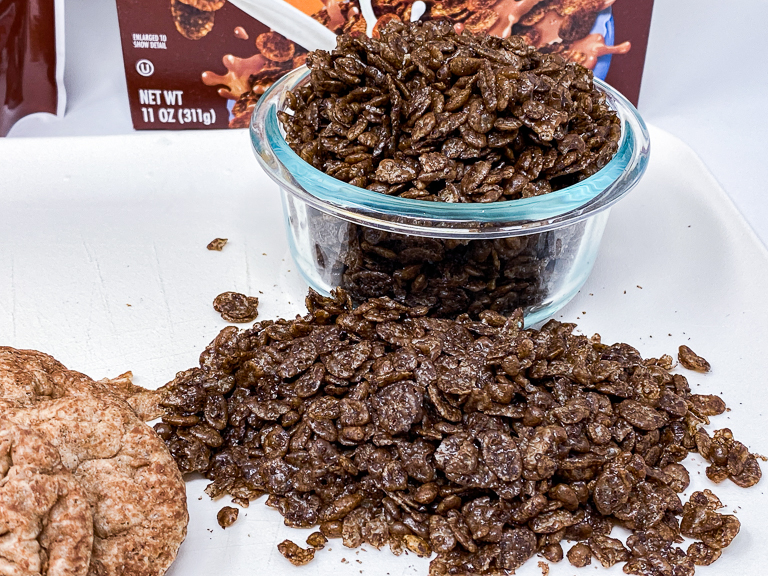 First we're going to taste the Cocoa Pebbles Crisps. They are a bit dense like the other crisps. For some reason I'm getting a tootsie roll flavor from the crisps. Odd. The kids are really engrossed in the back of the cereal box. 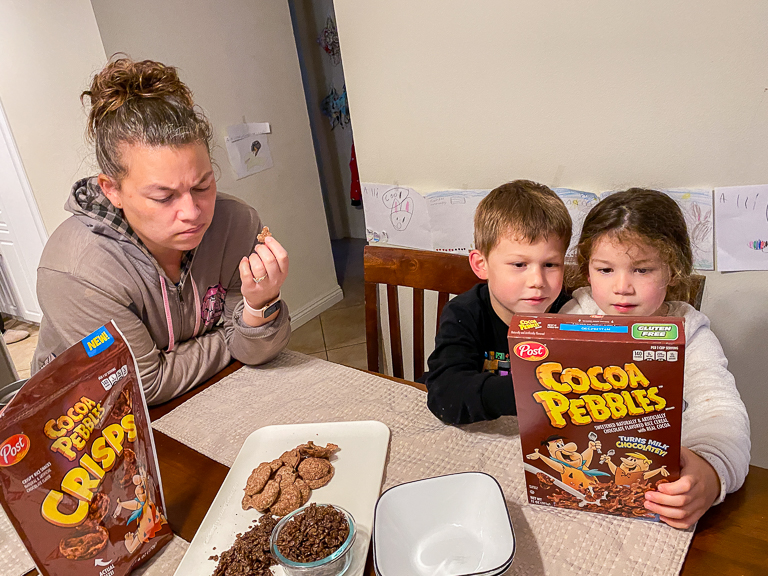 Ah, they're finding the differences between the two pictures. Gotta love the stuff on the box to keep them busy while they're eating. 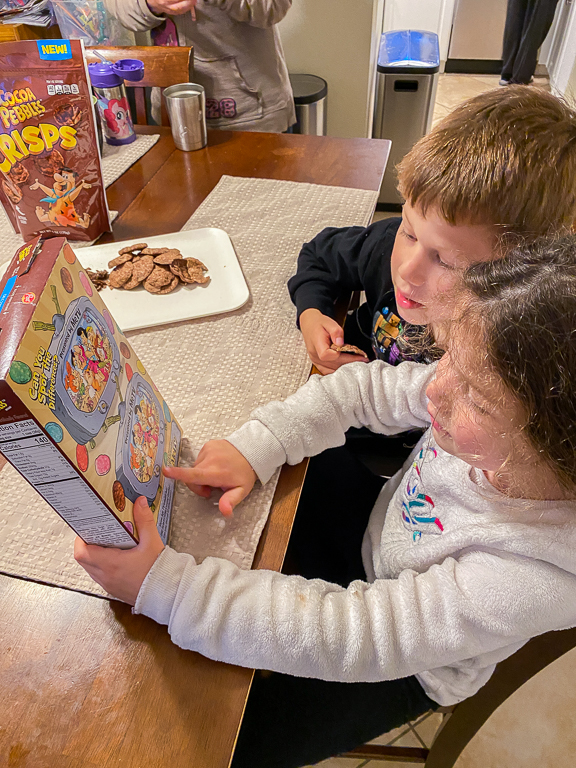 Even Grandpa stopped by for a taste of the Crisps. Verdict - meh. 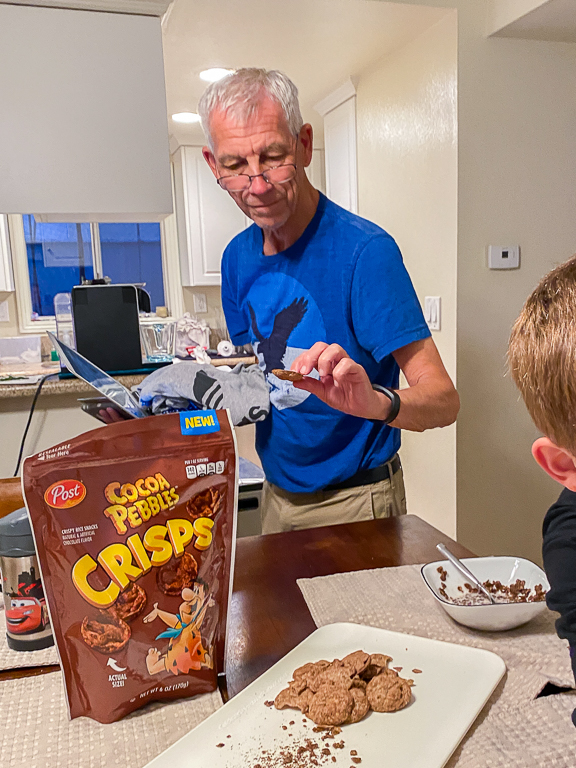 But the cereal is not meh. It's got a good bit of cocoa flavor. 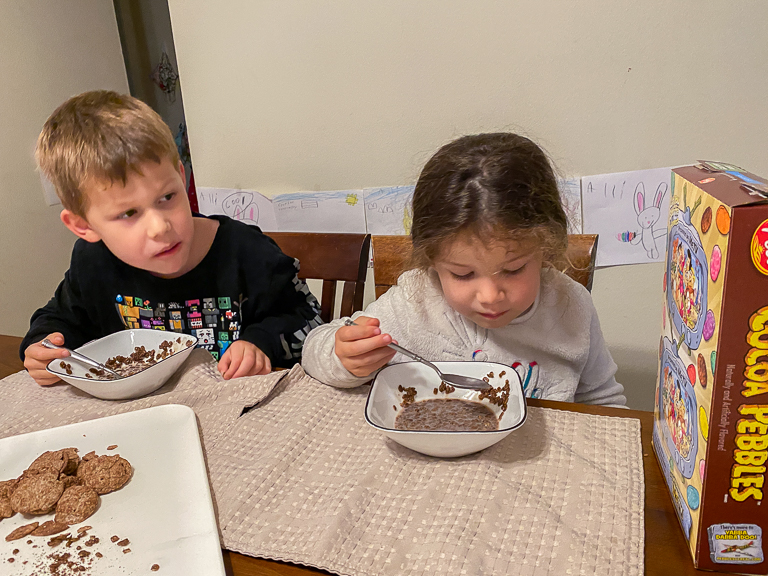 And it's delicious to drink when you're done. The cereal wins again! That's twice now that the cereal has beaten out the crisps. They were interesting, but they did not improve on the original!